Kill the Mod: Battle of Arracourt 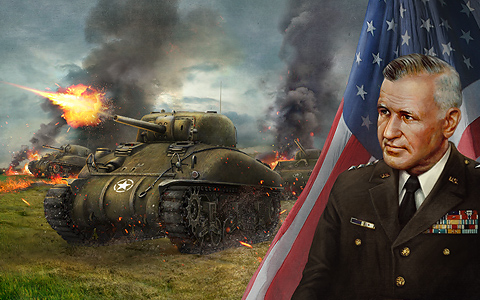 Outnumbered, but not outwitted, the 4th Armored Division – lead by John S. Wood – exploited key tactical situations with high quality tank crews to stand their ground in the wake of the German forces' objectives of recapturing Lunéville. In all, the Battle of Arracourt was the largest tank clash for U.S. forces until the Battle of the Bulge.

In observance of Creighton Abrams' birthday – whom participated in the Battle of Arracourt – we’re excited to announce a special “Kill the Mod” event themed around the battle.

The “Kill the Mod: Battle of Arracourt” event will run from September 16-18, 2011 at the following times:

The below tanks are those that will be used by special “WG_Mod” accounts during the event.

Below you will find the accounts that will be played during the event. If you come across one as an enemy, be sure to give it your best to take them down!

Note: Team kills do not count and will be punished accordingly.

If you happen to take down one of the accounts listed above, take a screenshot of the end-of-battle screen – with the window displaying your kill – and submit it in this thread. Shortly after the event ends, all those who have been confirmed to have killed one of the accounts will be credited with 250 gold.