Please be aware that these Reserves are currently only available in Raids, and cannot be used in Skirmishes. 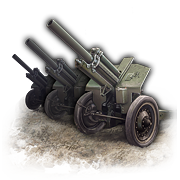 The Artillery Battalion structure produces the Artillery Strike Reserve, which allows the Detachment Commander to request a dense salvo of high-explosive artillery shells in the targeted map square.

Artillery Strike is just like a shot from artillery: shells arrive from your base at a 45-degree angle, with damage values identical to the default ammunition from the artillery arsenal.

The artillery shells' damage, number, and total impact area are dependent on the level of the Artillery Battalion structure. 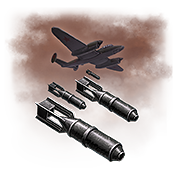 The Attack Bomber Squadrons structure produces the Airstrike Reserve, which allows the Detachment Commander to call in Il-2 attack aircraft to strike the targeted area with an intensifying barrage of anti-tank bombs.

Unlike the Artillery Strike, bombs from the Airstrikes arrive at a 90-degree angle. The Il-2 attack aircraft release their payload from above their target, allowing them to hit weak spots on enemy tanks and enemy vehicles hiding behind buildings or terrain.

The bombs' damage and number are dependent on the level of the Attack Bomber Squadrons structure.

New features were also recently added to the Strongholds page that show extra information on Clans:

You will find the following information on your own Strongholds page: