With the introduction of Update 9.3 comes several changes and additions to the Strongholds mode. In it, you will gain access to a new Strongholds building with unique reserves, Legionaries, a boost in Skirmish income, and the removal of the limit for the number of players attached to a building.

This building will occupy the last remaining slot on your fourth Stronghold zone. The War Department produces special reserves which provide all Clan members different battle missions for completion through random battles. 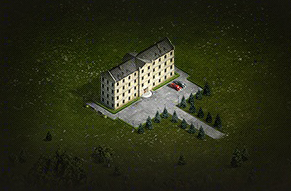 The missions are differentiated by their content and difficulty.

An example of a battle mission: Deal 10,000 points of damage within a platoon, or take the top 3 places by dealing damage during the reserve’s lifetime.

Only vehicles tier VIII and higher can complete battle missions. As your War Department’s level increases, you will gain access to better rewards for the battle missions that you complete.

You will find a battle mission rewards table below, where the awards are dependent upon your building’s level.

You can only receive one type of award per battle mission. For example, a level 5 building will provide Crew Experience, vehicle Experience, or Credits (not all awards at the same time).

After you have completed your battle mission, you will find that your award is listed in your after-battle report, as described in the table below.

With the help of your War Department’s reserves, it is possible to receive the following types of battle missions (provided randomly):

This new feature provides players without clans the ability to participate in Skirmishes (not to exceed more than five Legionaries on one side in a single Skirmish). The use of Legionaries is a great way to interact with players before they join your Clan or to fill empty slots to complete a team for Skirmishes.

Additionally, all Skirmishes will benefit from a special battle mission that will boost earned Experience by 50%.

Removal of Limit of Clan Members Attached to a Building

We are also reworking and introducing several Clan positions. These changes will also affect Strongholds. To find out what new positions have been created and what positions will change, check out the table here.

This new functionality requires additional testing. Once 9.3 is live, we will release a special Common Test server for all interested players. Based on the results of this testing, we will determine the readiness of Raiding in Strongholds.