The new start date for the Global Map event is set for February 13!

Due to the change of the event's launch date, we've decided to increase the reward vehicle pool by 150 units as an extra. Now it consists of 3,150 tanks. We apologize for any inconvenience caused and thank you for your understanding.

The Global Map is currently frozen, but you can already start planning your strategies. Also, the brand-new event mechanics Workshop and Experimental Modules are available in a live preview on the clan dashboard. Pay attention: the experimental modules themselves will be credited to you on February 13, with the start of the event. For more information about modifications they introduce, please see the Workshop and Experimental Modules sections of the Regulations.

Ready your rations and pack your repair kits, Commanders!

It’s the calm before the storm on the Global Map and it promises a big payout for those who engage! So, prepare your clan and rework your loadouts, because the Dawn of Industry, a face-melting event with brand-new mechanics and awesome rewards, is rising over the clans. It's time to find out whose will to win is the strongest, so get engaged in a frantic race for glory and trophies!

*Although the Global Map is open on Feb. 24, no battles take place on that day.

Dawn of Industry brings a new reality where even the savviest clan strategists will be taxed to their limits and will have to show some real backbone. Two fresh mechanics we’re introducing will throw even more gas on the rivalry fire and push the struggle for supremacy to breaking point. Check them out:

As always, the task won’t be a walk in the park, but trophies are always worth fighting for! In addition to collectors' gems of the past, for the first time the unique (really!) 3D style “Graphite” for the Object 907 is at stake! And, of course, you can get your hands on all Tier X tanks from previous events, as well as mountains of Credits, thick packs of Bonds, and other cool stuff. Prepare yourself for battle — the heat's coming!

Interactive image. Use components to assemble a vehicle. Components can be produced from available resources. Click

to create a missing resource using scrap, then use those resources to produce a component. 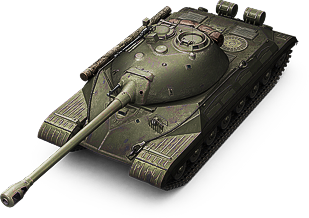 Scrap: 120 / 100
VEHICLE PRODUCTION
You have enough components to produce the selected vehicle
ADD TO PRODUCTION
The vehicle has been produced
RESTART

Interactive image. Mount an experimental module to enhance your vehicle. Please note: for illustration purpose, there are three of six available modules provided here.
SELECT A VEHICLE TO MODERNIZE 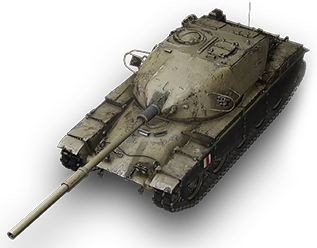 Changes as Compared to Prior Events

The craft machine will be available in the game client. This is a new mechanic that allows players to receive various resources after battles. The resources can be used to make parts and eventually assemble Premium vehicles that were previously available within the Global Map events.

Also, all players will receive experimental modules, which change the technical characteristics of vehicles in battles on the Global Map. The set is the same for all players. However, the number of modules is strictly limited and cannot be replenished. An item of any module works only for one battle and will be deducted regardless of the battle's outcome or survivability.

The reward pool for the event has also been improved. In addition to credits, Personal Reserves, female Crew members, Directives, Bonds, days of WoT Premium Account, and emblems, the Graphite 3D style for the Object 907 was added and the number of styles increased.

How it works for players

After each battle within the event, players will receive various resources that can be used in the craft machine to make parts and receive Premium vehicles.

Players will be able to use experimental modules to increase the vehicle's performance in battle.

Players earn Fame Points in battles. When the event is over, players will be able to exchange Fame Points for rewards that include one of the Tier X vehicles. Also, the player's position on the Personal Leaderboard determines whether the Graphite 3D style for the Object 907, the Damask 2D Style, Bonds, and the Legend of Global Map badge will be awarded.

The rate of collecting personal Fame Points depends more on the player, since, similarly to the previous events, each participant will need to decide for themselves whether to exchange personal Fame Points for bonuses or accumulate and spend them on various rewards when the event is over.

Players can use their personal Fame Points to purchase bonuses that increase the number of Fame Points earned in battles. However, make sure to use this mechanic wisely.

How it works for clans

Clans earn Fame Points both in battles and for strategic decisions the Commanders make. The clan's position affects the clan multiplier applied to the number of bonds players earn and the amount of gold clans earn for participating in the event.

Clan officers will need to make strategic decisions on how and where the clan should fight within the regulations, similar to the rules of previous events. The battlefield will be divided into three successive fronts that vary in size, bonuses, and the number of Fame Points that can be earned. Clan leaders will need to decide how to distribute the clan's Fame Points. They can either be aggregated or spent on various bonuses in the Lab. These bonuses can increase the speed at which clan Fame Points are earned or provide other strategic advantages.

Game event battles will be played in a 15×15 format using Tier X vehicles.

The reward system is similar to that of previous events. All participants can choose their rewards depending on their activity during the event.

Moreover, during the event, participants will be able to make Premium Tier VII or Tier VIII vehicles using the craft machine.

Players who finished in the Alley of Fame but didn't earn a sufficient number of Fame Points will be able to participate in the bond auction and compete for another 600 reward vehicles.

In addition to the possibility of selecting a reward, there are still traditional rewards for positions taken within the Alley of Fame: the number of personal Bonds rewarded will depend on both the number of Fame Points earned by the player and how well their clan played. Players will receive a base reward for their position, while the clan's position on the Clan Leaderboard will see a certain multiplier applied to this reward.

The reward system for clans will remain similar to that of previous events. Clans receive Gold in their treasury and the aforementioned bond multiplier for their players.

The top 10% players will get the Damascus Steel style, and a decal that can be applied to their vehicles for each award and badge the players earn.

The style does not include the Object 907; the style can be received even if the vehicle is not available in the player's Garage.

Rewards for Players with Certain Positions in the Alley of Fame

Vehicles that can be assembled in the craft machine

Clans will receive a total of more than 3,025,000 Gold for their treasuries. Moreover, clan members will be given a multiplier (up to ×7) to their personal reward of Bonds, depending on the clan's position in the Alley of Fame.