In Update 9.12, Clan content is even more accessible. With the Fourth Campaign coming soon to the Global Map, this new feature will help you choose a worthy Clan to join. 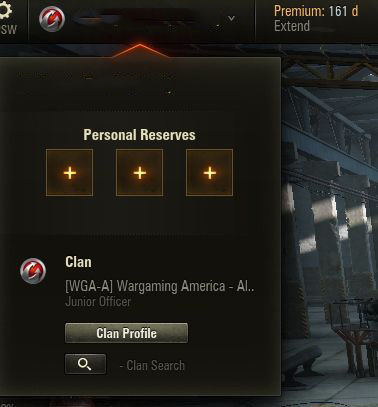 A Clan Profile link is also available when you search for a particular player. If the player is in a Clan and you right-click the player’s profile, you’ll see the Clan link.

Clan Details are organized as such: 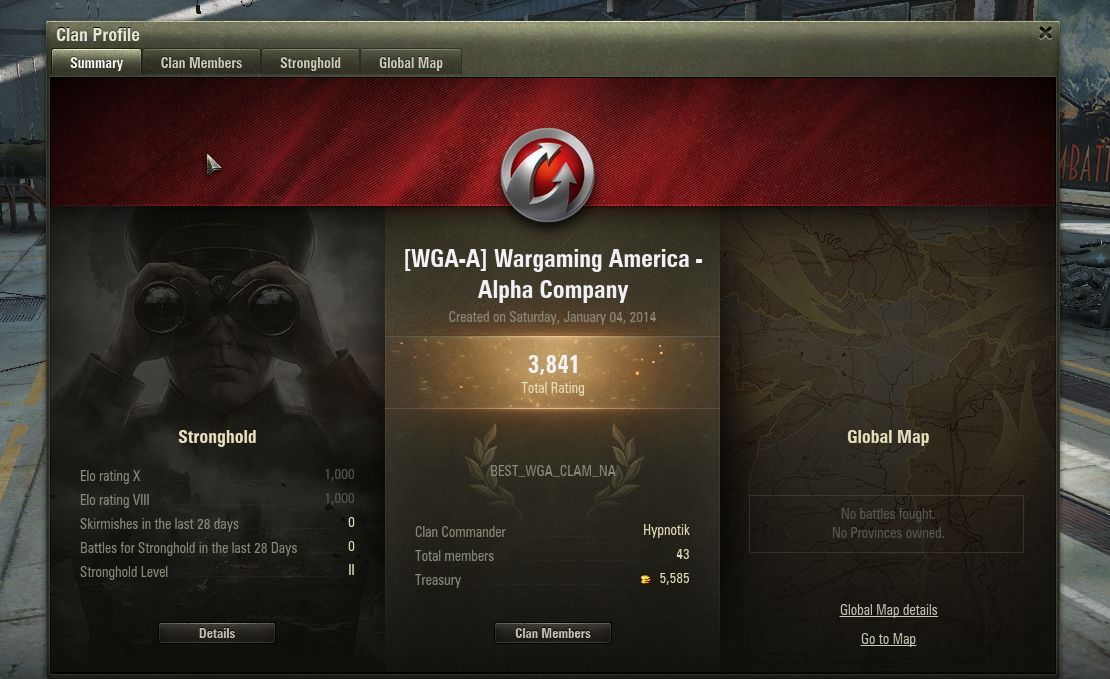 Each player can search for and join a Clan without ever leaving the game. In the "Clan Search" screen, you will see a list of Clans to join and brief stats. If you’d like to find a particular Clan, you can search for it by its Clan name or tag. To join a Clan, you can simply send a Clan application in the same window and shortly thereafter receive a response. 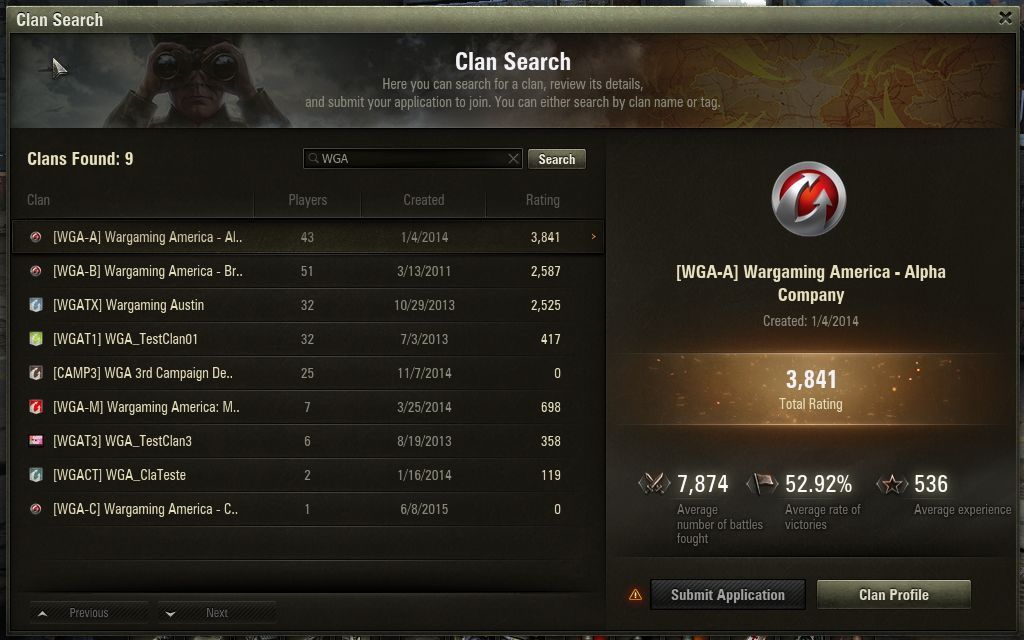 Had an effective random battle with a quick and skillful stranger? Don’t waste time; invite the player to join your Clan right after the battle! In the "Battle Results" screen, you can now invite a player to your Clan with just a few clicks. 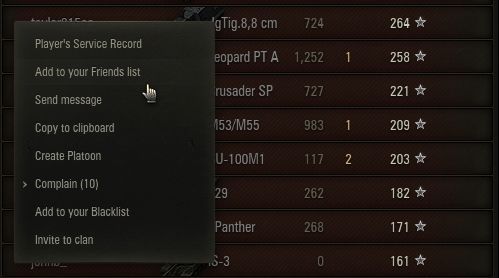 Aside from that, Clan officers can also invite a player in the Search screen by right-clicking a player’s profile and then selecting “Invite to Clan."

Clan officers permitted to recruit players can now see a list of received Clan applications, as well as the applicants’ brief stats and current application status. The same screen can also be opened from a player’s profile in the Garage. Clan officers can go to a player’s profile to see the player’s detailed statistics and then decide whether to invite the player to their Clan.

Simply put, you spend way less time processing Clan applications and you don’t even need to leave the game to get it done. 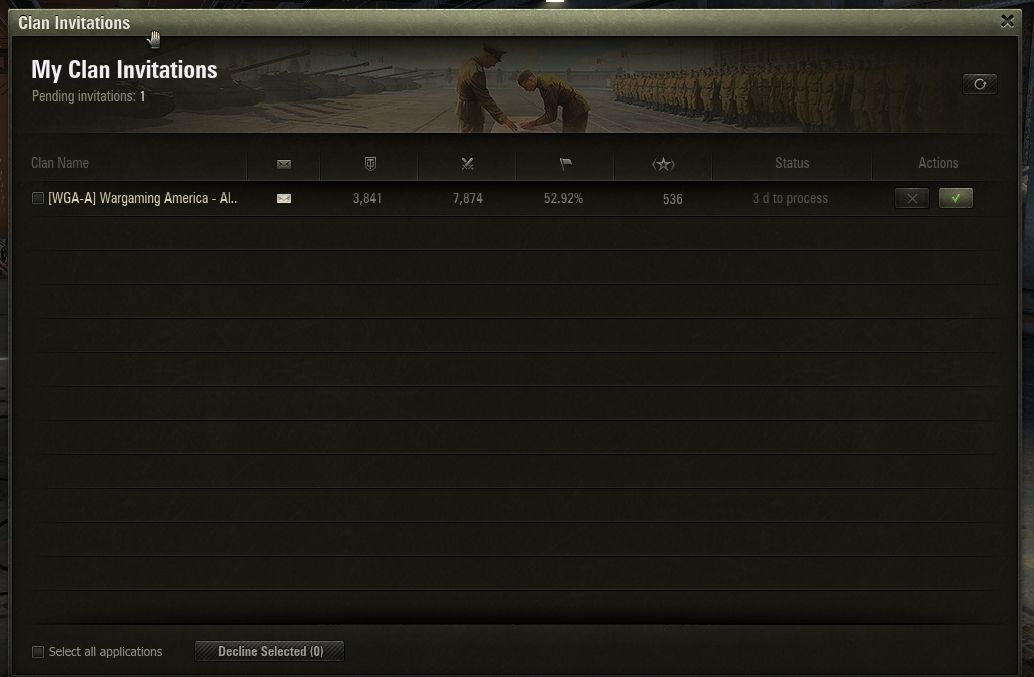 Players who are not enlisted in a Clan can see a list of Clan invites. To find a list of invites or to accept one of them, go to the “My Clan Invitations” section.

Applying to a Clan now takes less time than even equipping your tank before battle! You will see the invites you received in the Notifications. Just by clicking "Accept," you can easily join a Clan.

In the Notifications screen, Clan officers can also track invites sent and their status when they're accepted or declined by a player.

If you don’t want Clan invite or application updates in your Notifications, you can switch it off in the Settings > General menu.

You can also switch to the Clan Portal site and see Clans’ detailed statistics, as well as compare the efficiency of several Clans if you receive several invites at one time.

This update is another step towards extending Clan features and our developers continue to work on enhancing Clan content. Stay tuned!