We continue to refine the Clan portal and add new features to view Clan achievements. With the current update, we have changed the way some crucial clan information is being displayed. Take a look below. 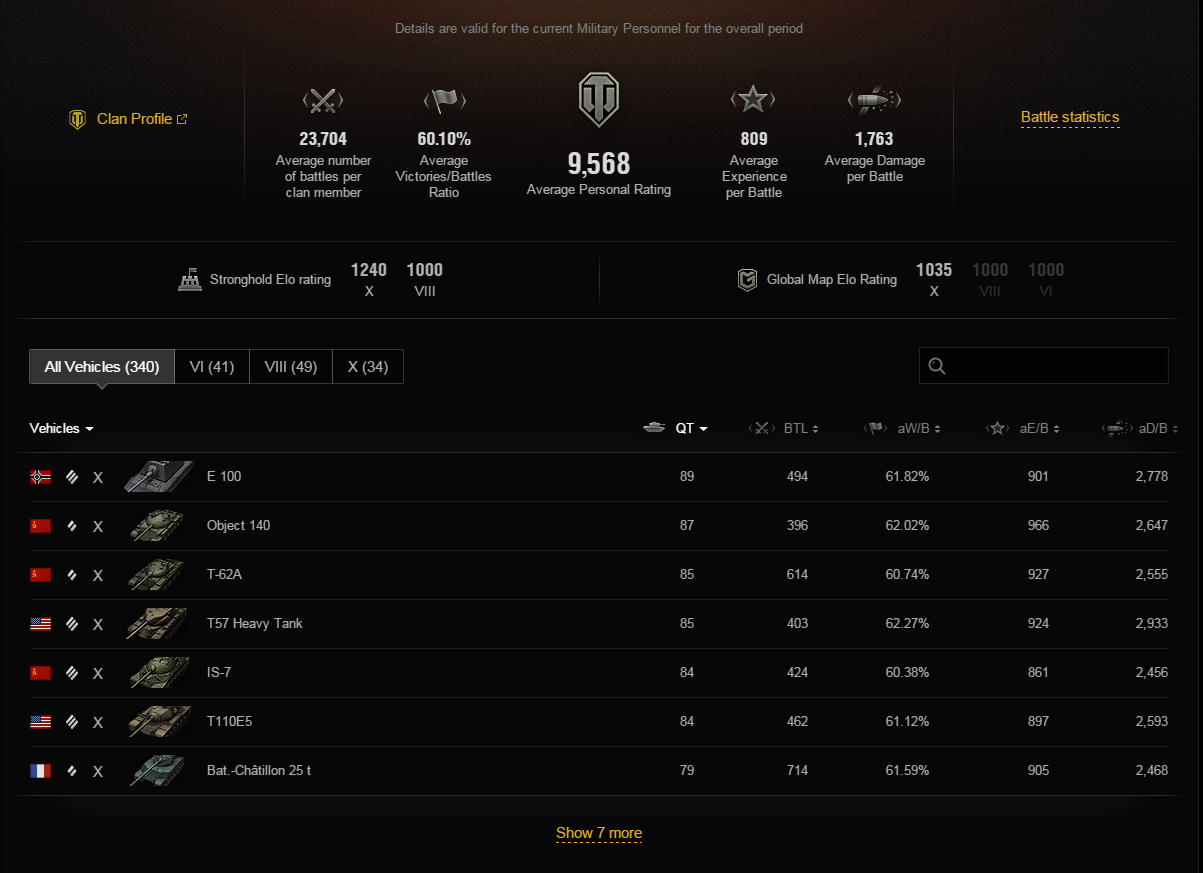 With the New Global Map release, the time display filter for Clan Rating (CR) was changed. The updated Clan portal will now display the current value of Clan Rating (CR), instead of using time periods of 1, 7 and 28 days respectively. Information on the Clan Rating will be updated every day, and this means that players will always be able to see relevant information about each Clan. 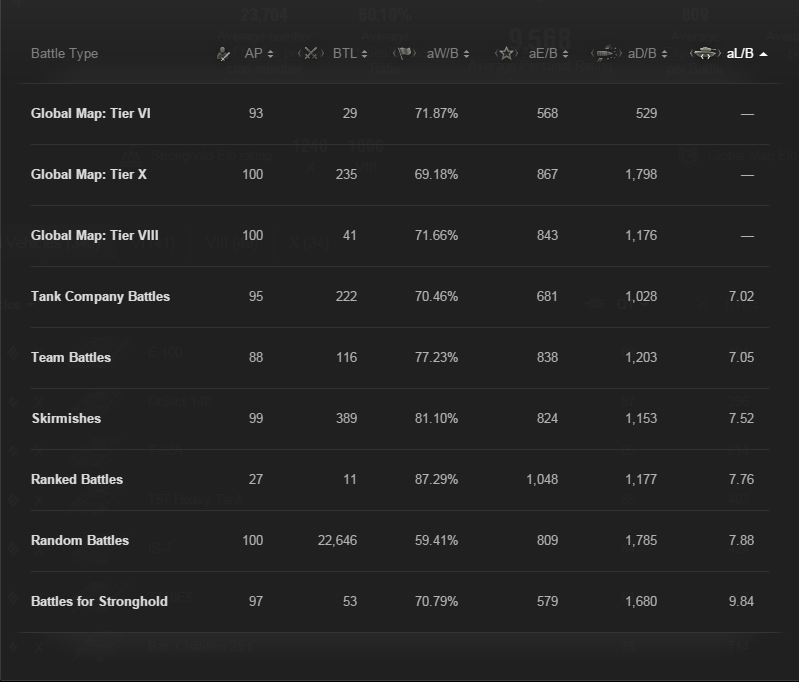 For example, if during the day there are changes in a Clan’s structure - players leave the Clan, or battle-tested players enroll, these changes will appear the very next day!

With the introduction of new Fronts of tier VI, VIII and X on the Global Map, the calculation of Clan Rating (CR) will now be made for Clans that have at least 10 members. This will take into account the success of Clans with a small amount of members who play on low tier vehicles.

Values of ​the Clan ELO rating on the Global Map (eGM) and ELO rating in Strongholds (eSH) will be divided and will be displayed separately for each Front.

On the Global Map ELO rating will be divided into: 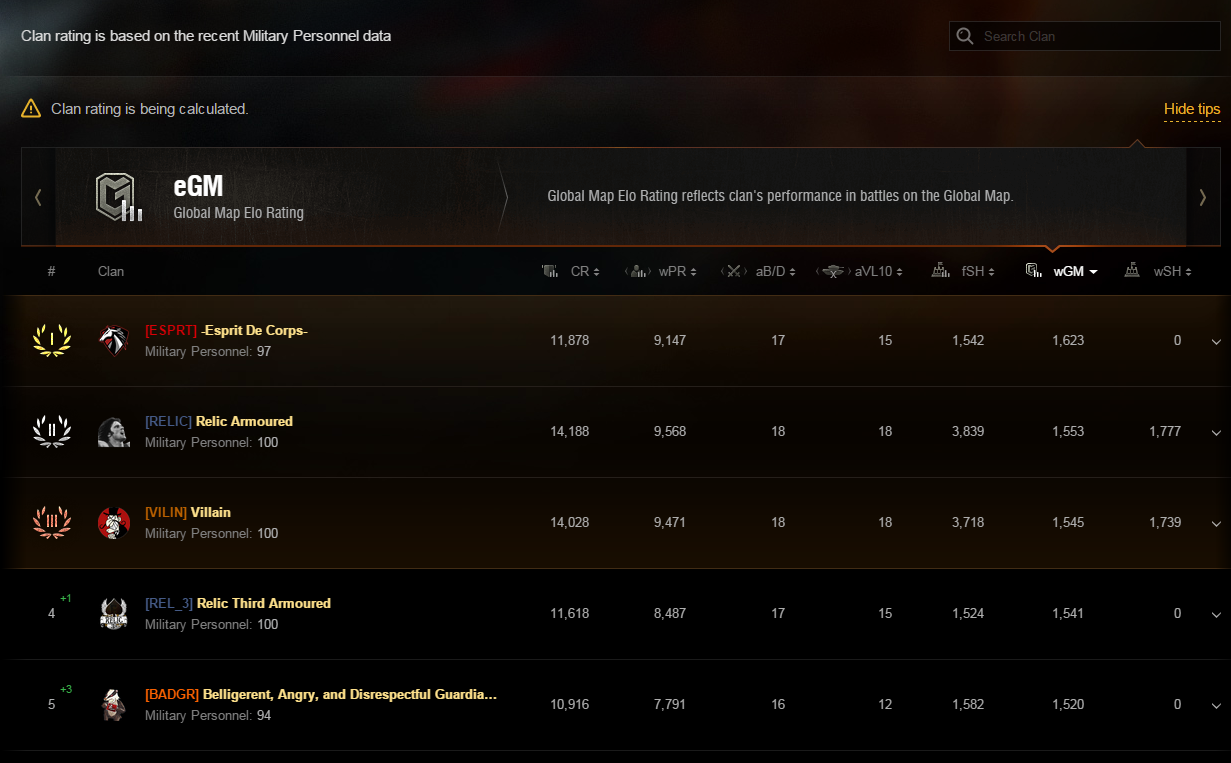 In the Clan profile, the primary display of the Clan's income was redesigned to:

Changes to The Top 3 Players in a Clan

To get into the top 3 Clan players by winning percent and damage per battles, a player needs to have at least 20 battles within the last 28 days. This change will more accurately display a list of the best players of each Clan.

132164
Visit The Clan Portal
Recruiting Station
Discuss on Forum
Next
Select a region
Selecting another region may affect the website content.