The Landlords Stage is underway, apply for your landings now! The landing tournaments will begin in just a short while!

The rules and schedule for the Landlords Stage are now available. Clan Commanders should study them thoroughly, make a plan of action, and get their tankers in line to execute the mission. This Stage only spans 10 days, but it's going to be 10 days of fierce fighting!

The Landlords Stage is the first of four stages in our planned Campaign. More news regarding stages 2-4 will become available at a later date.

What are Clan Wars Campaigns?

Campaigns are a seasonal approach to Clan Wars, featuring special rules, incredible prizes, and unique achievements! These large scale events will take place throughout the year giving clans, both large and small, several opportunities to win their share of loot and glory. To find out more regarding Campaigns, be sure to read the Clan Wars Campaigns Announcement.

During the Landlords Stage, clans will be competing for Victory Points (VP) to secure unique medals, in-game Gold, and other special prizes.

The Landlords Stage will take place from June 10-20th.

During the first Stage, Victory Points (VP) will be awarded to clans based upon the following parameters:

Additional VP can be earned during the the first Stage, details appear below.

During this downtime the following changes will be made to the Global Map: 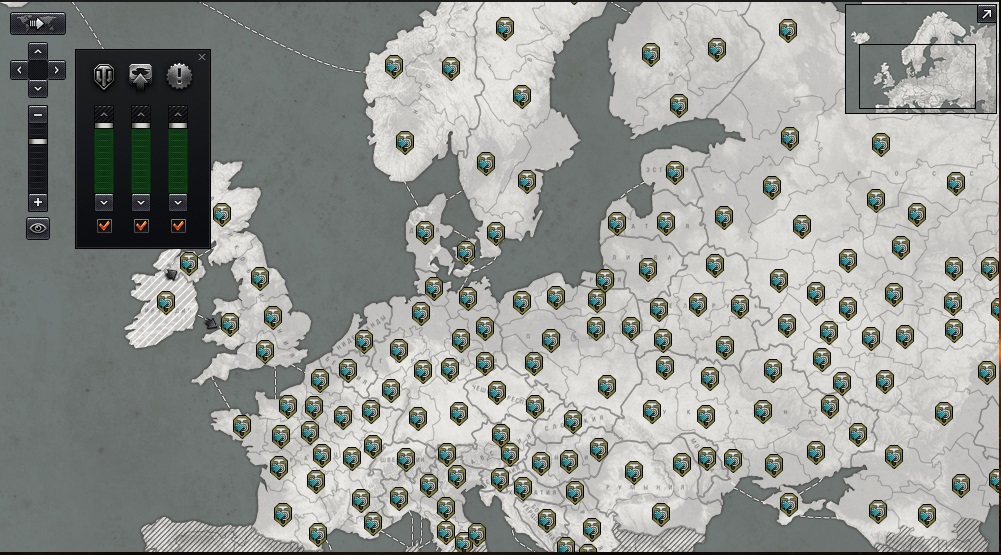 Screenshot given as an example, we would like to draw your attention to the fact that Northern Europe region will be disabled.

Once the Global Map is reactivated, clans will be able to make applications for landing. Special rules will be in place for this phase of the Campaign:

Phase Two will conclude: June 20th, 2013 after the end of prime times

Once Phase Two begins the following rules and changes will be in effect:

Aside from the normal acquisition of Victory Points, bonus VP will be awarded using the following parameters:

While we do want everyone to get into the Clan Wars arena, not everyone will have what it takes to earn the top prizes.

Players must participate in at least five Clan Wars battles during Landlords to be eligible for rewards.