Although we're based in the USA, I have as much as possible always strived to observe the fact that we in the North American server service North and South America as a whole. Although most of the world commemorates today as Rememberance or Armistice Day, we do things a bit differently in the US: When the Great War ended and there was the idea to have a day to commemorate those who were lost, the US already had such a day on the calendar. As a result, we have Veterans Day here, which instead celebrates those who are still alive. So, those of you outside of the USA, please indulge me as I go 'domestic' for this one.

As you know, in addition to being The Guy With the Awesome Hat, I'm also Wargaming America's resident tanker. I am not, however, by any stretch of the imagination, the only person in Wargaming to have worn Army Green. This starts at the very start. 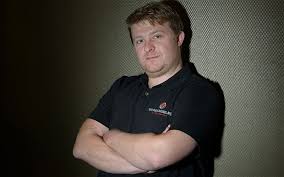 This guy should be vaguely familiar to you. He runs Wargaming.net. Many moons ago, he used to be an artillery officer (unless I've totally lost my mind and memory, which is possible). I did ask, for this article, for a photo of his rocketeer days back when he was young and pretty, but sadly, we shall just have to put this placeholder picture here to represent. Maybe next year.,

I did, however, achieve more success with another Wargaming.net producer. 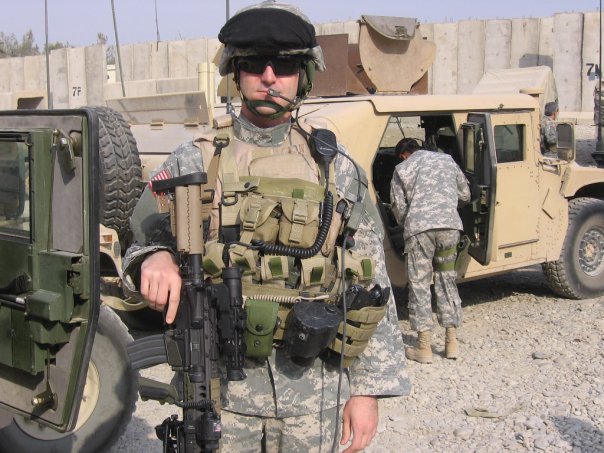 Under all that battle rattle is Senior Producer Chris Keeling, effectively 'our man in Minsk.' After 23 years, ten active the rest reserve, earlier this year he finally decided enough was enough and retired from the US Army as a Sergeant First Class. This complete nutter held four MOSs and served in infantry, military intelligence, and Special Forces. Oh, and his last few years were spent as a Drill Sergeant. I have already expressed my opinion on the concept of jumping out of airplanes, it appears that Chris does not share them given that he's got Israeli, Greek, Polish, Slovak and French jump wings. Not sure quite what the Norwegian ski badge is, I suspect it's got something to do with snow which is another thing I'm not so keen on, but he's got two of 'em. Deployments are Sarajevo 1995-96 and Iraq 2005-2006. Wonder if he misses it?

Now, you may have noticed that a number of our community staff have taken on rank-related names. I'm afraid to say that Major Rampage, Captain Judo, Lieutenant Hunter et al just took the names because they're cool. General Direction is not, and never has been as far as I know, recognised by any government as being a general officer.  It's just been sortof a fun office tradition to play on the names in the military themed environment. That said, every rule, it seems, has to have an exception, and there is in the parking lot a pick-up truck with Infantry muskets and a Screaming Eagle on the back window. The owner of that truck submitted for this article the following image: 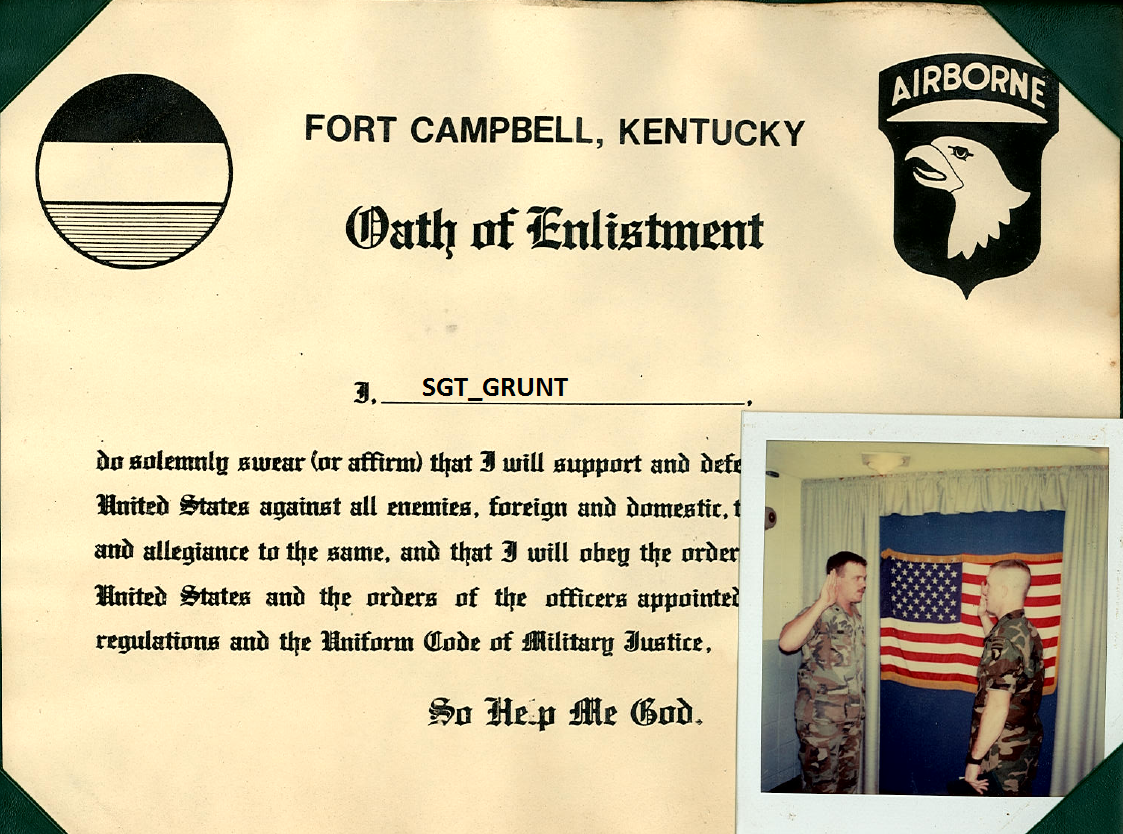 In the interests of full disclosure, I must admit to having edited this image to show his nom-de-guerre. 'Grunt' is not actually the man's real name. A proud infantryman, Sgt_Grunt has taken it upon himself to maintain the military traditions in the office, but in fairness, he's rather picked up on the whole driving tanks around thing. He's also very good at making models of them, it must be said. Anyway, that's him on the left. He's got a bit more grey hair these days...

That's two infantrymen in a row. Can there be another tick in the treadhead column? 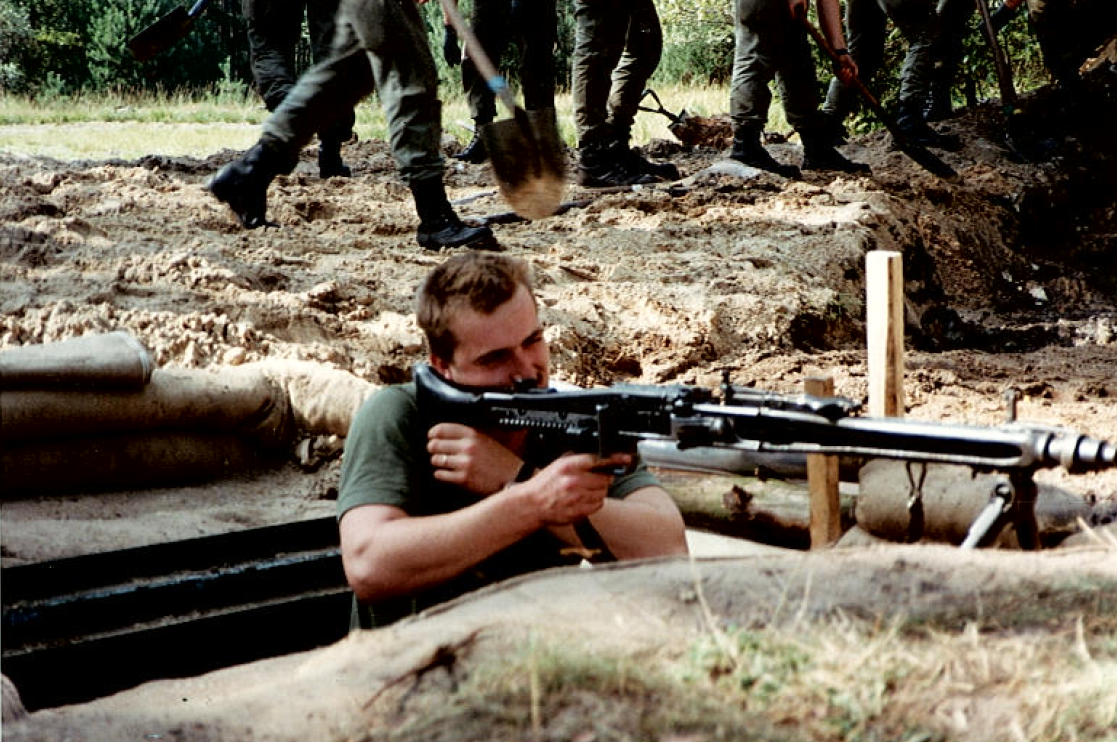 Sadly... no. Our Director of Support here in WGA was an infantryman as well. I'm feeling kindof outnumbered in the office, here. Astute readers will note that his shirt is a funny colour, and his machinegun a funny shape. Yes, he's a foreigner now living in the US. He spent his 12 years in 2PzGrenBtl 212, getting out in 2004 as a gunnery sergeant. His home for those twelve years was Augustdorf, which I am reliably informed is somewhere in Germany. I do get some consolation, however, out of the fact that as a Panzergrenadier, he did understand the merits of having a tracked, armoured vehicle with an engine to carry and move you and all your creature comforts. 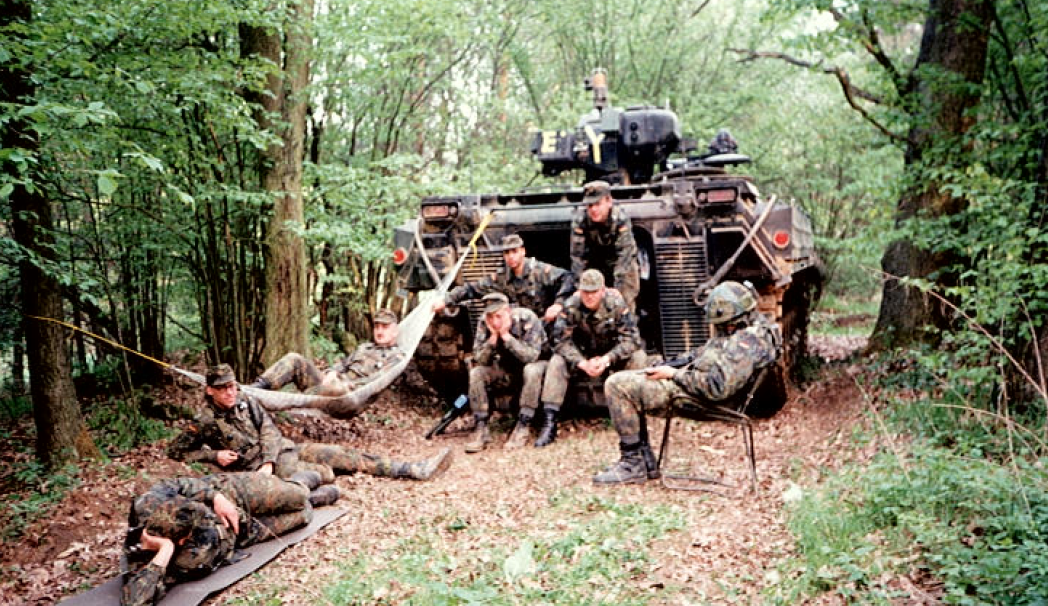 That's him in the hammock, by the way. He was to be found in Kosovo between 2000 and 2001. A few months ago we put him into the driver's seat of a Marder 1A3 we have here in California which we needed to move a few feet, he was most giddy to relive his old days... :)

So those are the veterans on this side of the house. You players may have noticed that there are a few vets playing the game as well. Arguably more as a percentage than any other online game going. I've a poll running over here, and almost half of the respondants have stated that they once wore a military uniform. Of course, it's not an accurate snapshot, being a self-reporting poll of people who happen to be interested enough to even come to the Hatch, but it is still something which always raises eyebrows whenever I show the chart to someone.

So as you're playing away today, this is as good an opportunity to encounter veterans on Veterans Day as you're ever likely to find. 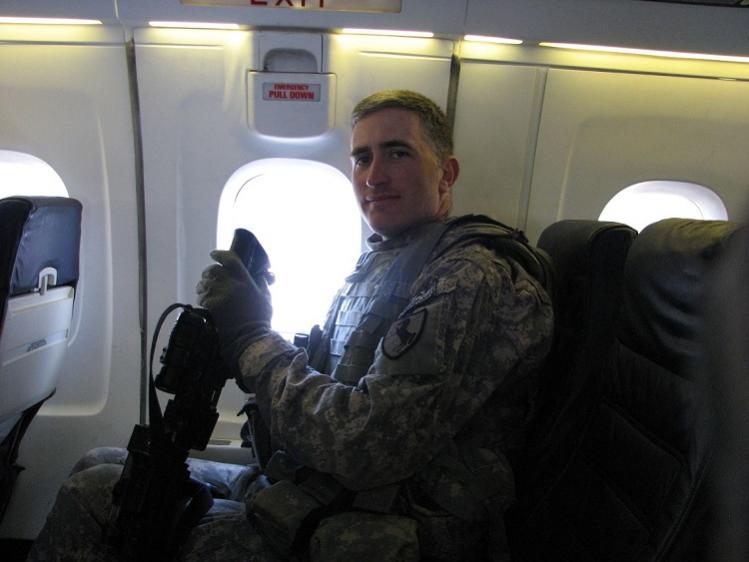