The Chieftain's Hatch: US National Archives

There is no substitute for doing your own research. Those who make a living out of history seem to be categorized into ‘primary source’ and ‘secondary source’ authors: One of the biggest problems is when someone makes a mistake, and that mistake is perpetuated by everyone else who assumes that the first person knows what they’re doing.

Now, there are a lot of primary source authors out there, but you need to know who’s who. In the meantime, however (and this goes back to the ‘Show me the regs’ comment I made back in the Can Openers article), as much as possible, I like to look at the originals for myself.

In the US, many of the originals are housed in the National Archives. After having sent minions in that direction in the past, I thought it was about time to go take a visit myself. From those who went before, however, I at least had advance notice that I wanted to go visit Archives II in College Park, MD in order to access the files for the department and timeframe I had interest in (Specifically mid-20th century US tanks)

The first problem, of course, is getting there. There is a bus route, but you’re probably as well off with a car. Get there early, the car park fills up very quickly. The overflow lot is a bit of a hike when it’s raining.

Walk up to the main door. 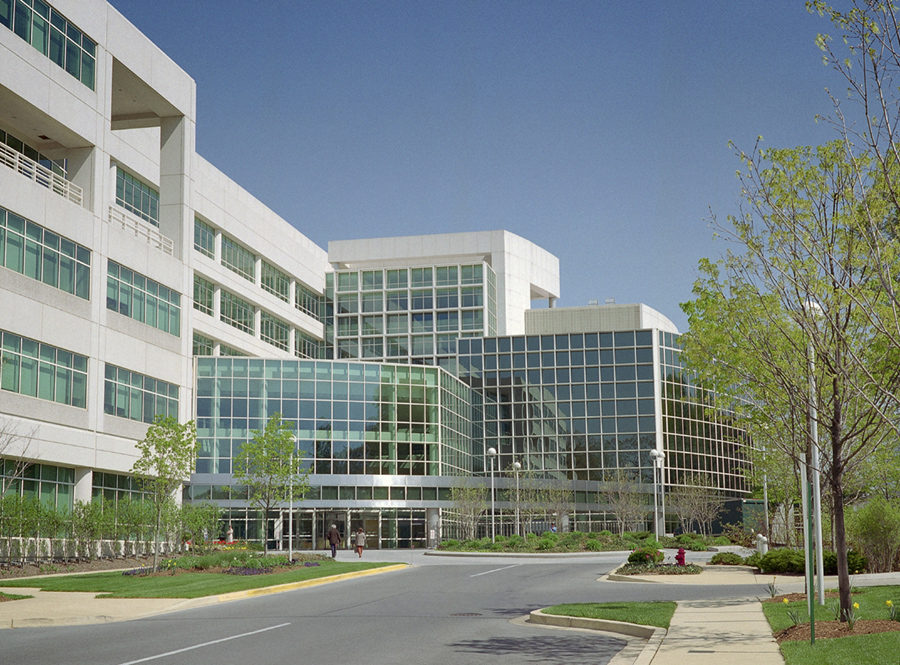 First issue: Metal detector. Go back to your car and put your sidearm in the back. Return to security. After you’re through that, look right, and enter the first office, reception. Announce to the chap behind the desk that you’re a noob and are looking to access the files. They will direct you to read about ten minutes’ worth of rules, fill out your personal information, then print you out an ID card on the spot. This ID card also works as your debit card for the photocopiers. They will also stamp every document you want to bring up to the archives with you. Basically, they want to be sure that when you leave, everything you take away came in with you. This includes the one book you’re allowed bring in as a reference (in this case, Hunnicutt’s “Firepower”. He was sure to stamp it nicely)

You will then be directed to the elevator and the basement. In the basement you will find lockers for you to use. Leave everything in the locker you’re not allowed to bring upstairs into the reading rooms. You’ll need a 25c coin for the lock (you get it back). Go back up to the ground floor and past the next security checkpoint. These guys will ensure that you’re only bringing authorized and stamped things upstairs. Through there, and up the next elevator to wherever you want to go. My first stop was the ‘textual reading room’

You then have to be checked into the room. Once that’s done, go find the “Research Assistance” room. You’ll need this. This is the room where you fill out the request slip that tells the archivists which archives you want them to get.  Request slip looks kindof like this. 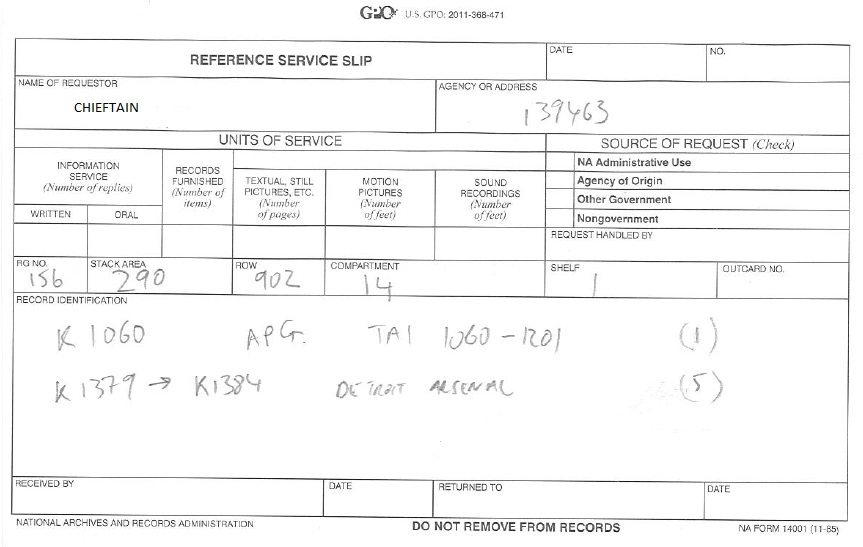 Most all the records are kept in boxes with a code number. In order to identify the boxes, you need to tell them what shelf they’re on. That information is found in the Research Assistance room. The problem is that the boxes are identified by number group only, in this case, the K numbers. In order to identify the K numbers, you need to cross-reference with the Finding Aid (a binder) in the Research Assistance room. Clear so far?

Good, because what’s simple in theory has a problem in practice. Nobody knows what’s in the boxes. Seriously. The finding aid tells us that, for example, K1060 is a box containing documents office of the Chief of Ordnance, maybe within a certain time period and approximate sub-department, but it certainly doesn’t tell you what’s in them with any degree of usefulness. There is a help, though, for about fifty years ago, someone went through all the boxes, and created a list, handwritten, which is on very old photocopies. That’s kept in a different binder. According to that handwritten list, K1060 contains files from Aberdeen Proving Grounds on TAI 1060-1201. What is TAI 1060-1201? No idea. The document doesn’t tell us.

It turns out (and I figured this out after about three hours), they’re project numbers from the Ordnance branch. So, all I have to do is find the document which lists out what all the Ordnance branch project numbers are. The problem? Yep, you’ve guessed it. You don’t know what box it’s in, and it’s probably categorized under “Office of Chief of Ordnance, Correspondence, General, Unclassified, 1946-1956”  which is a few hundred boxes.

But even that’s not your only problem. Ordnance Branch project numbers are not the only number to worry about. Here’s an example.

Let’s say someone has a Great Idea™ that they want to fit an autoloader into the T30 Heavy Tank. They kick it up the chain, and the project gets approved. The end goal’s nomenclature is “Tank, Heavy T30E1”, but the Army doesn’t work that way. The Dept of the Army assigned it the project number 545-07-005, probably to track the funds. Somewhere along the line, as a new tank model, it got assigned to the Ordnance Branch. The Ordnance Branch gave it the internal project number TT2-479C.  Why TT2-479C? Because it came after TT2-479B of course!

Basically, you’re down to the shotgun approach. Pick a couple of likely boxes (The research assistance staff are very friendly, but can only give best guesses as to where you might need to look), you can select up to 48, and fill out the slips (24 per slip max). They’ll go get your boxes for you, and give them to you on a cart. (You have to sign more forms). Then open them up one at a time, and see what surprises await. Sometimes it’s a complete waste, sometimes you’ll strike gold. The good news, though, is that other departments in the Army are far more user-friendly. People looking up unit combat reports, for example, are apparently well catered for.

So, you get your cart of boxes. Take it to one of the public desks and have at it. 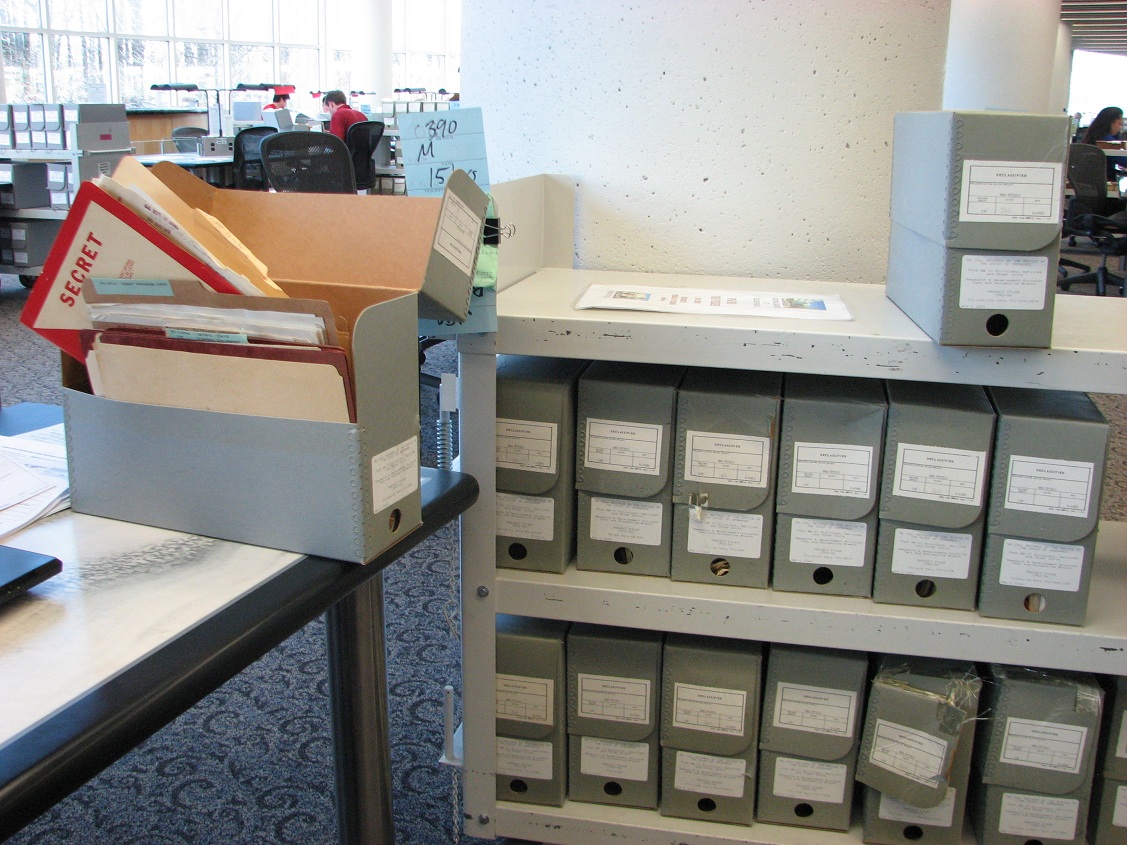 Don't know what's in them, but it seems enticing

This desk has a couple of power sockets for you to hook up your laptop and scanner. Yes, I made the mistake of not bringing a scanner. They have photocopiers for you to use, and they’ll even copy to a USB flash drive, but they’re 25c per page. It adds up quickly. The scanner has to be a flatbed. Before scanning or photographing documents, though, you need to go over and get them verified and given a ‘verified declassified’ sticker. You’ll find that the whole process is very regulated and rules-encumbered. The staff really are very friendly, they all want to help you get the research done, but they’re going to make darned sure that the documents aren’t messed with and no federal regs are broken. They’re friendly, but extremely strict.

One of the joys of the shotgun approach is that you’ll never know what sort of things you might come across that you had never even thought to look for. For example, I came across the folder detailing project KG-273.  The brief history of this significant test and development program is as follows: 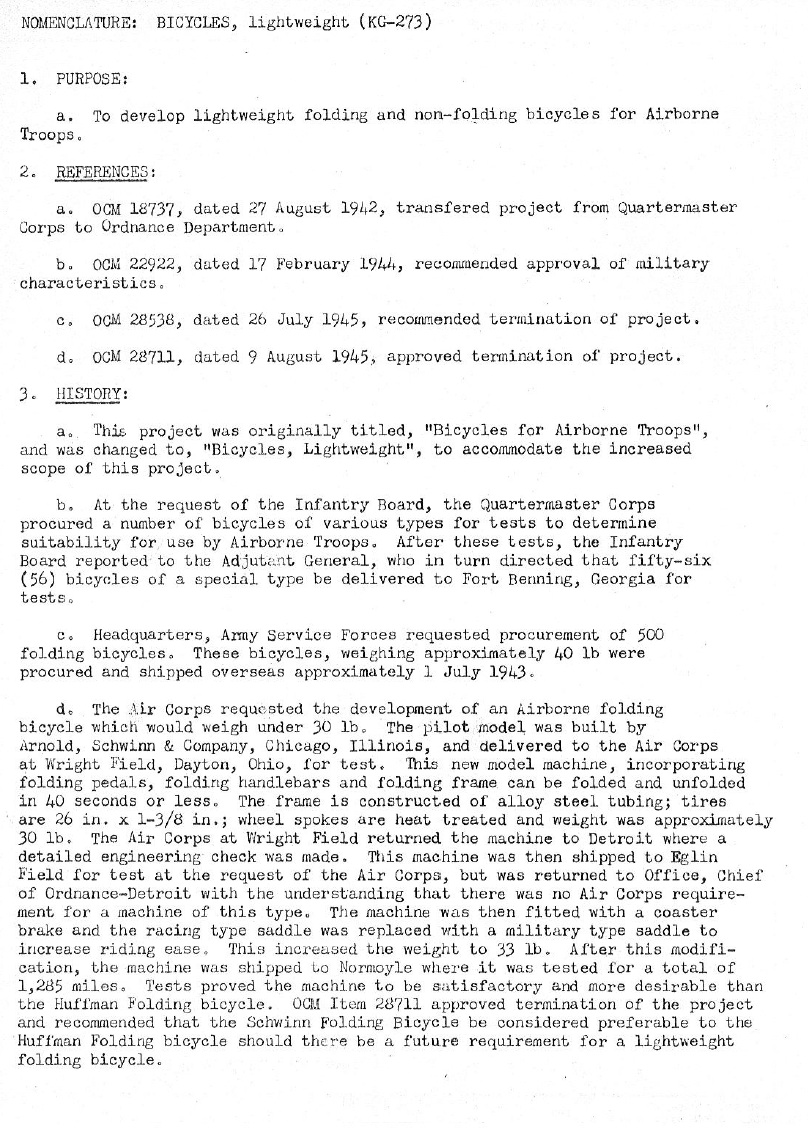 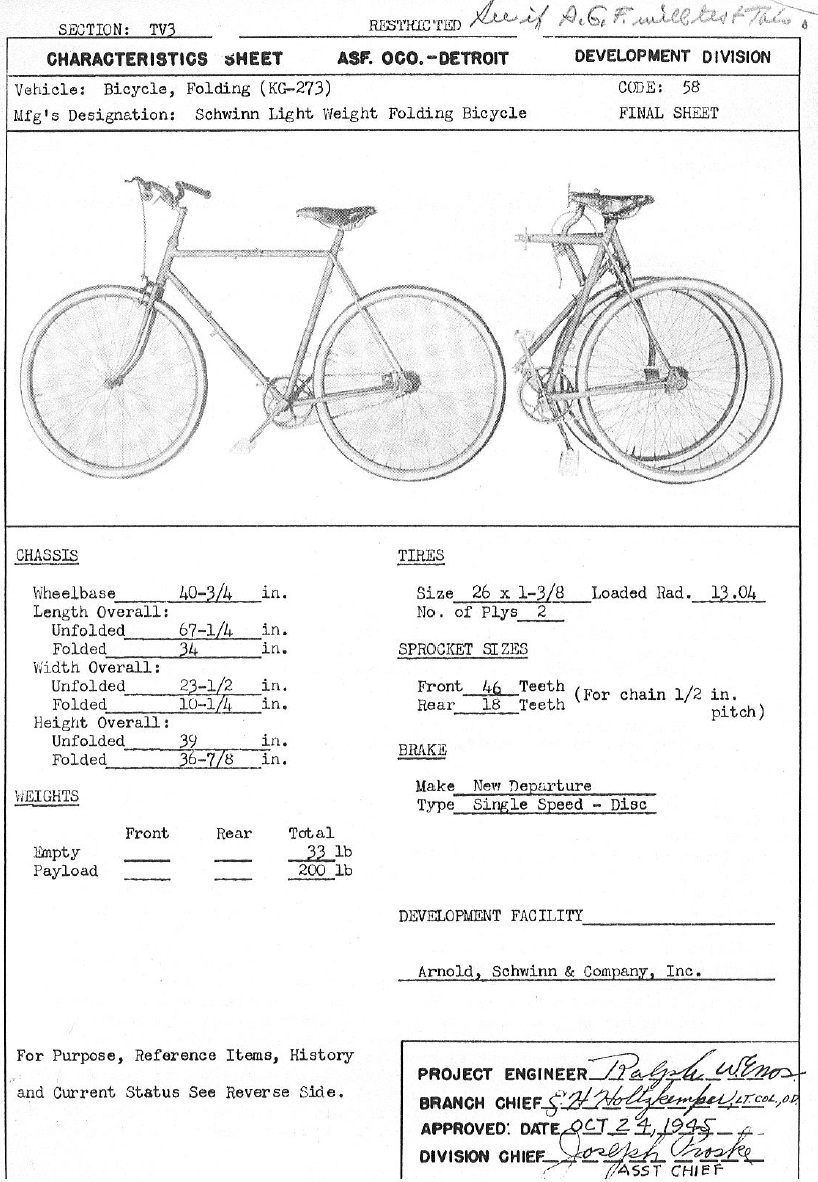 Now, there’s nothing inherently wrong with the concept of troops on bikes. The Swiss Army disbanded their last Pedalling Panzers only a decade ago or so. However, they might have been being a little ambitious in this case. 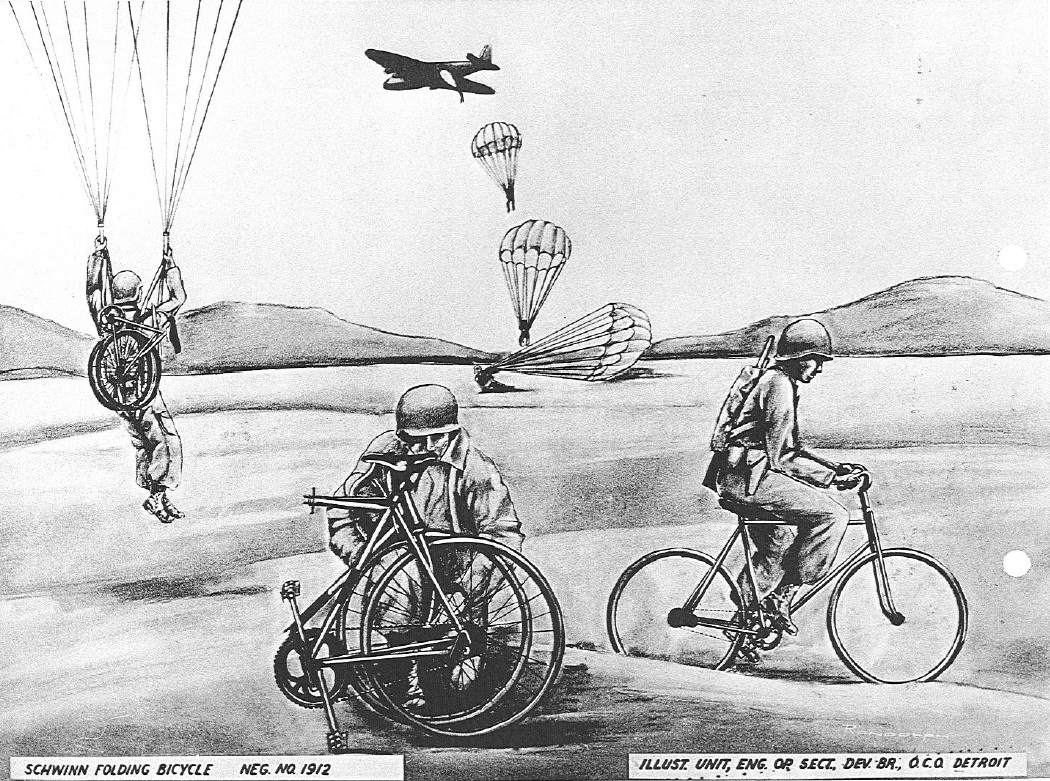 Try this under fire.

Now, I’m not really an expert in such matters, but from my limited experience of all of five jumps, I’m not convinced I’d want to do a Parachute Landing Fall with one of those things slung around me. I also can’t help but notice a slight difference between how much room they happen to have for a bike by not wearing, oh, I don’t know, backpacks? A reasonable amount of ammunition? I can’t imagine why they decided there was no requirement for such a bicycle.

It seems, however, people still tried to chance their arm. Another document in the file was a submission from another company a few years later. The response was to the point. 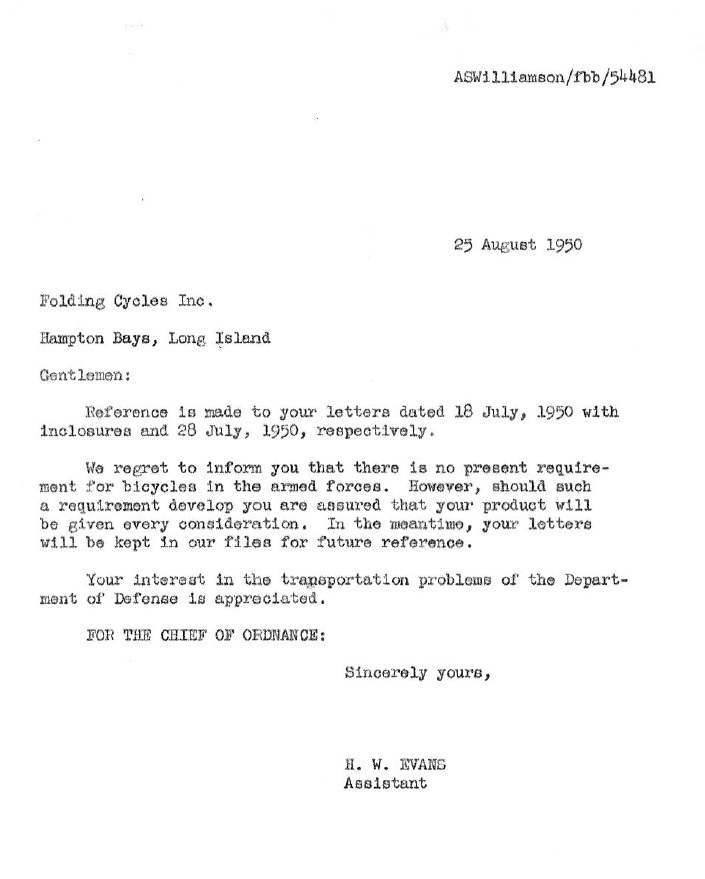 Love that last line. But I digress. Sometimes even when you know what you’re looking for, there are problems. For example, one set of documents I was looking for I actually found. Of course, it’s never that simple… Yep. Classified, sixty years later. Fortunately, I had had verifications of my security clearance sent ahead of time. You have to leave all your stuff behind, go up to the Classified Reading Room, where you’re not allowed to take anything out with you at all. But you can read. Of course, the stuff is still classified so you can’t tell anyone. But at least it might help you with your further research, and in this case, it did verify that the box had what I was looking for, so when I went back downstairs I was able to fill out one of the Freedom of Information Act request forms they have handy for just such occasions. Tell them exactly what box number and document you’re looking for, and they’ll consider it. Only problem is they won’t get around to it when you’re still there.

So go back to looking up things you never knew existed. 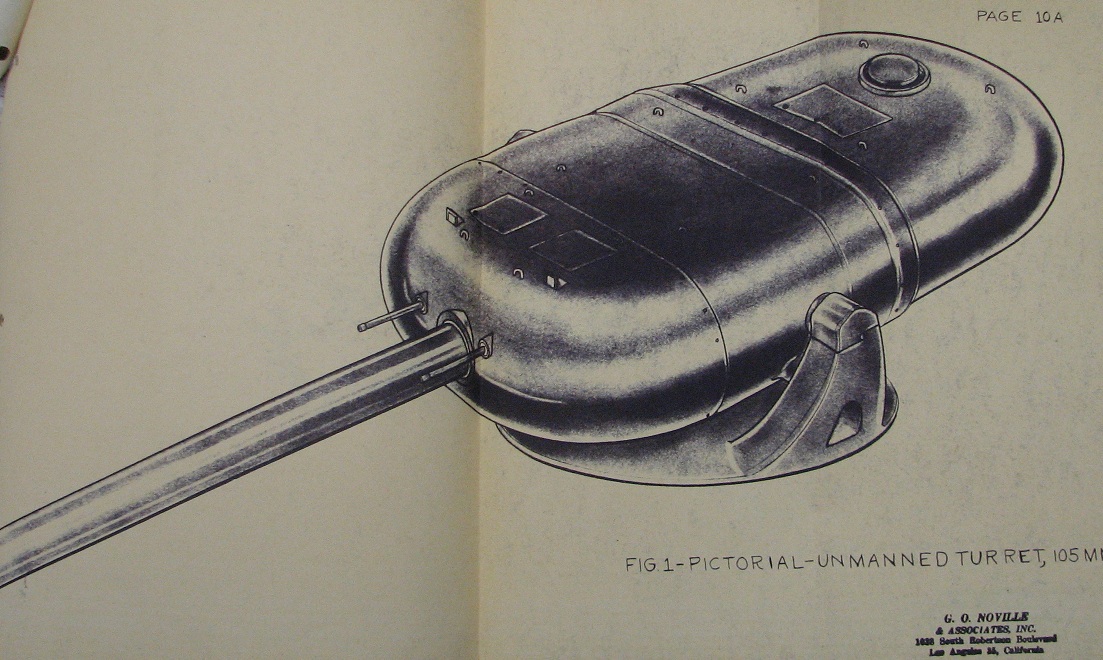 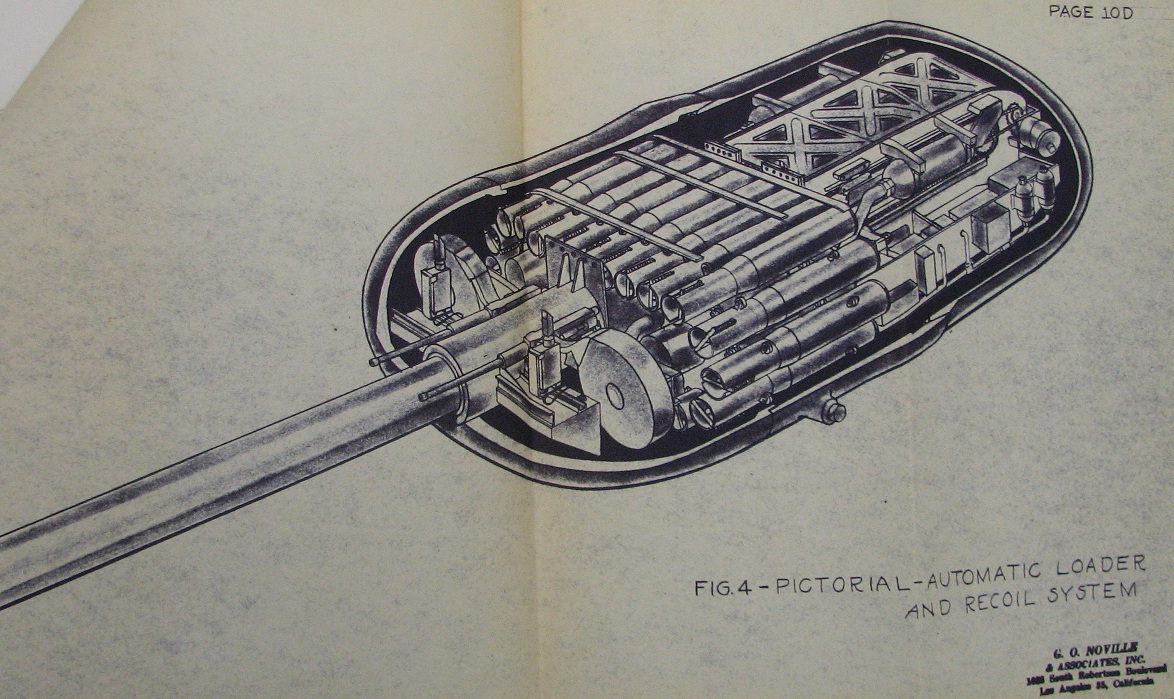 Anyway, once you’re done doing all your research that you have time for, and they’re open very late some days, pack up your stuff, and get it inspected at the door. They’ll lock it away into a bag. Sign out. Take the bag downstairs to the security desk. Sign out again, they’ll unlock the bag and you can retrieve your stuff. Go back downstairs to the lockers, retrieve the rest of your gear and your quarter. Go back upstairs, out the door, and you’re done.

Overall, the experience was both enjoyable and frustrating at the same time. I didn’t find half the information I went looking for, and it took most of the first day just to find my feet. On the other hand, now I know the ropes so hopefully the next trip will be a little more fulfilling. Two days was enough just to get the lay of the land, now I know how to be more efficient and what to bring with me when I go next.

If you get the chance and have a desire for something you believe to be there, it really is worth the effort. The list of requirements and rules is daunting, but the staff are very helpful and will hand-hold you through it and the facilities are airy and pleasant to work in. Happy hunting!