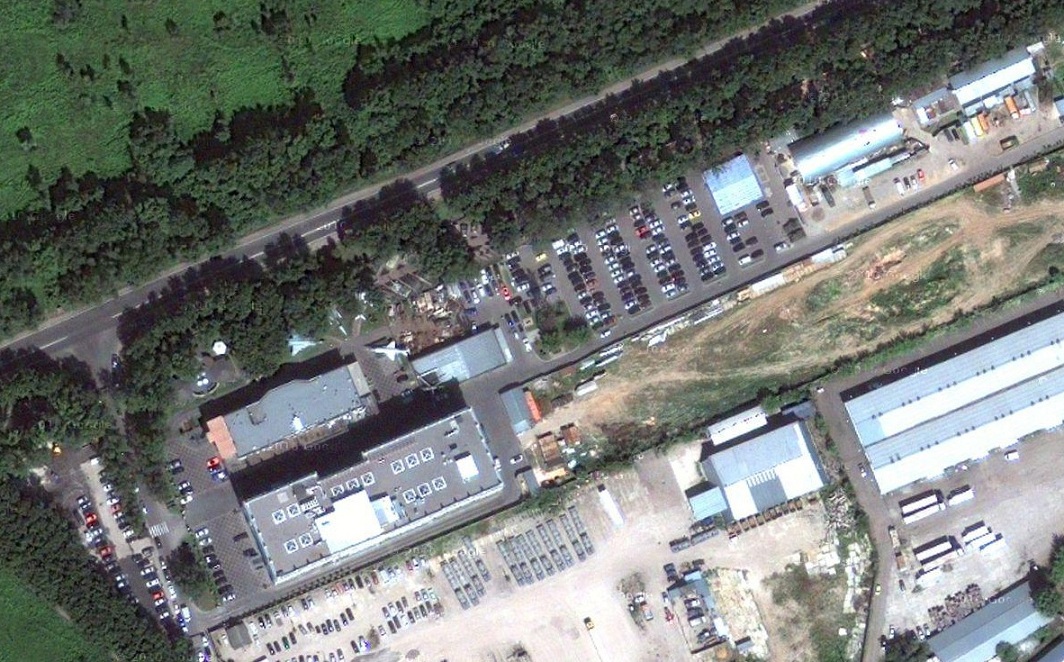 It is difficult to miss this museum as you’re driving by. The 200 or so yards of tanks, artillery and aircraft parked by the side of the road on the other side of an iron fence are fairly noticeable.

It is theoretically possible to reach this museum by public transport. Take the Metro to the Tushinkaya station, then bus 549, 541, 568 and taxi 151 to the Lipovaya Alley stop. It’s probably easier to find someone with a car, it’s a few miles West of Moscow. Once you’ve found the line of tanks, pull into the laneway, that’s where the entrance is. The parking restrictions are apparently usually ignored, leave the car wherever and walk to the admission kiosk. 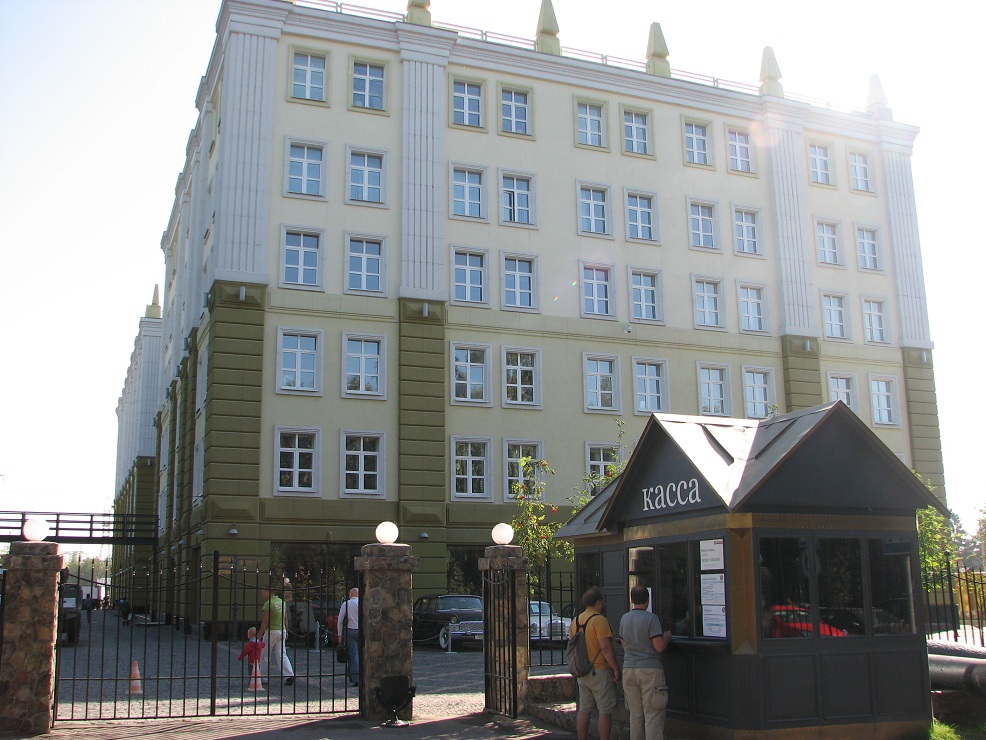 Once you’ve paid the fee, walk towards the lend-lease Stuart. 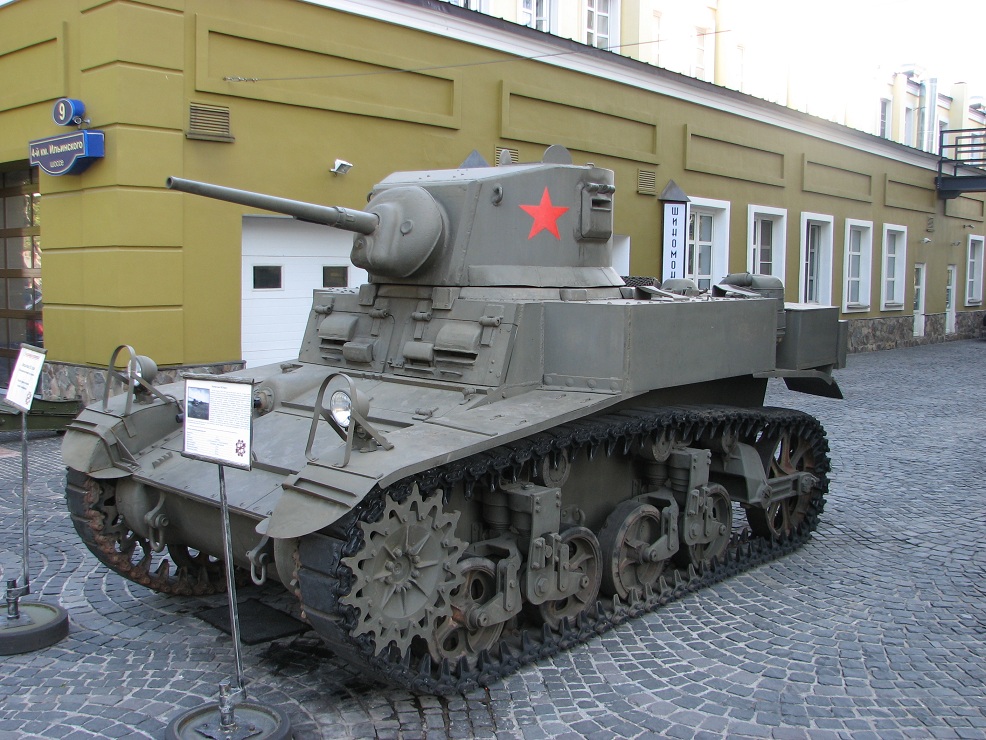 Looks kindof odd with the red star on it, but anyway. The main exhibition hall is to the right. Go in the glass door, present your ticket, and walk around. You are presented with a somewhat unexpected and incongruous collection. 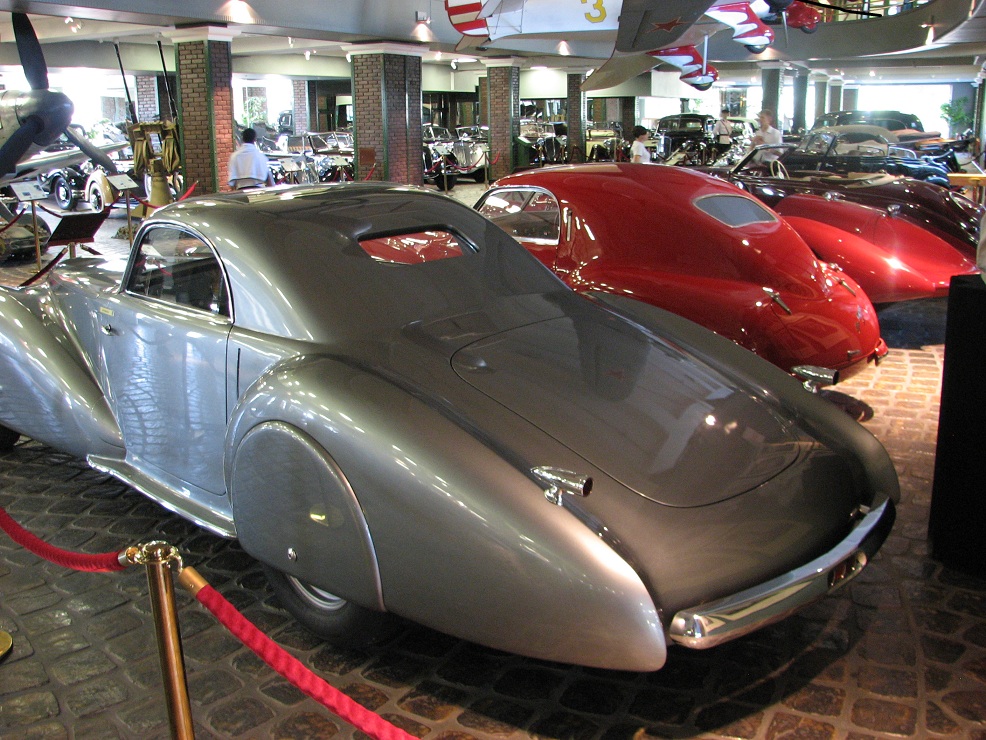 Remember, this is a technical museum, not a military museum. The museum owner, a chap who obviously has a few roubles to spare on non-necessities, likes machinery, and is fairly non-specific as to what sort of machinery it is. One may not have a clue as to what one is looking at (and one usually doesn’t, unless one can read Russian), but it seems fairly evident that whatever it is, it’s in fantastic condition and probably quite rare. 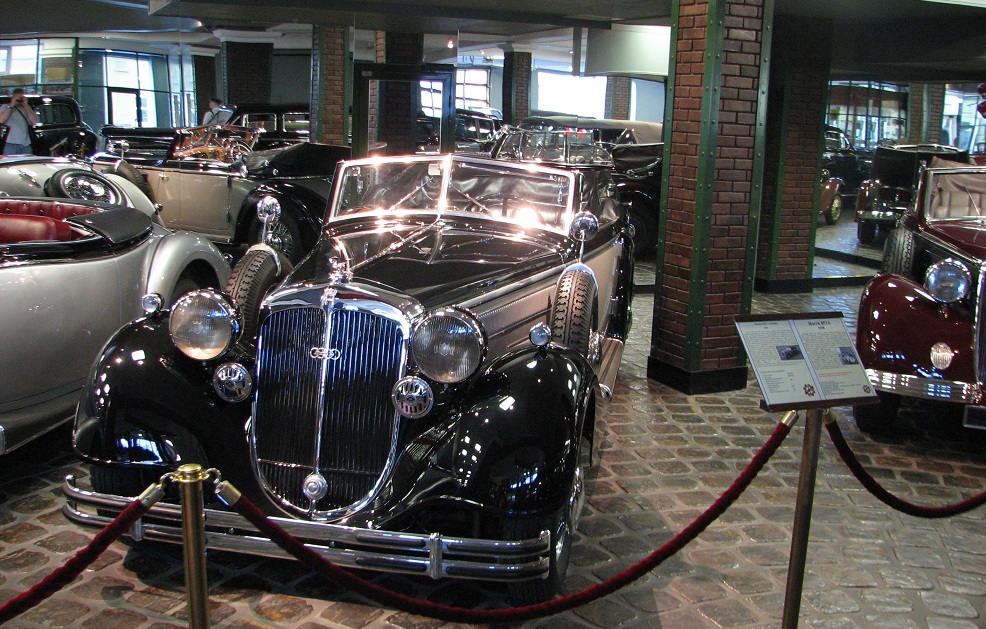 There seems little rhyme or reason to the layout. Goliath in front of a BF-109, a Fokker DR1 hanging over an Alfa Romeo Spyder. 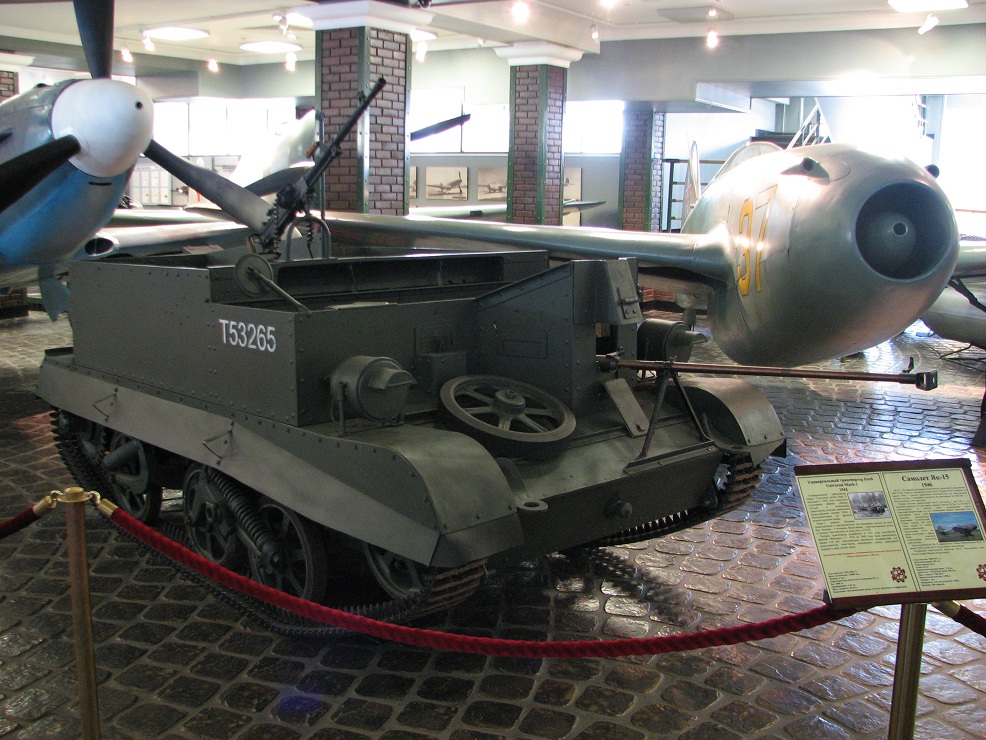 Once you’ve done looking at some frankly astonishing pieces of automotive engineering, you can wander upstairs to the mezzanine level, where the primary foci are motorcycles and aircraft. 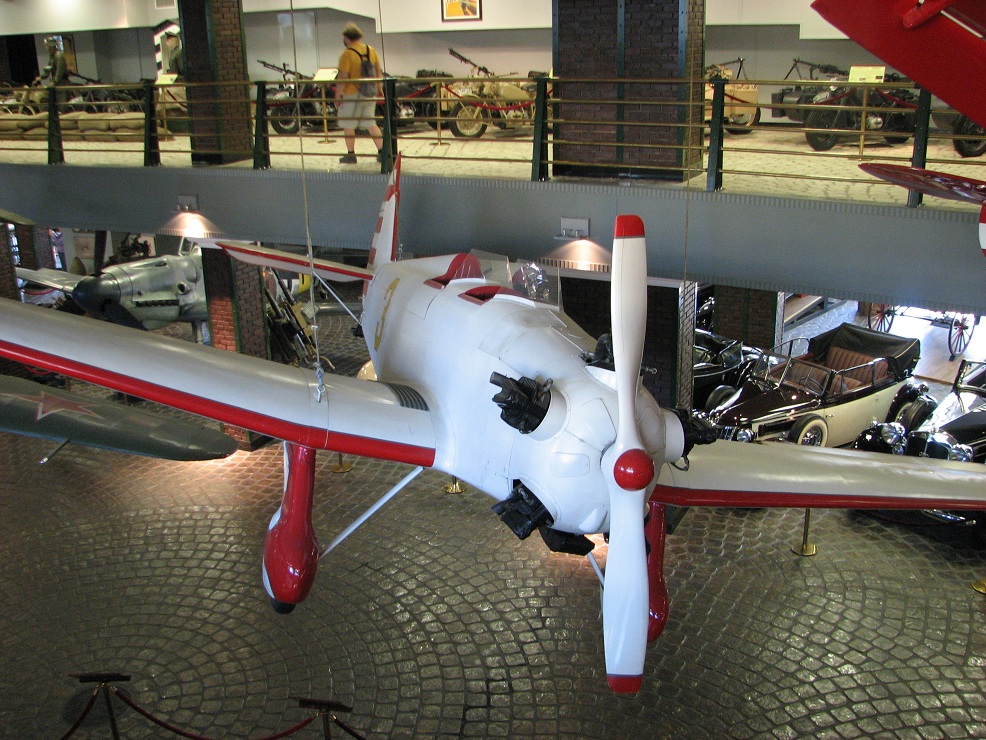 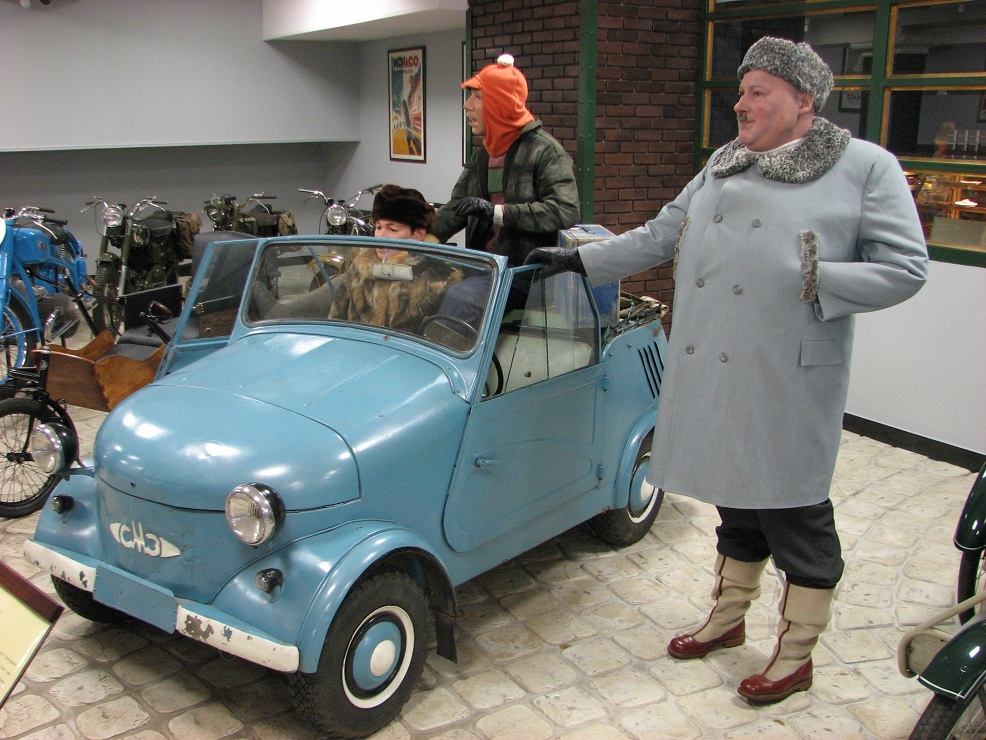 Eventually, you will run out of things to look at. The downside is that one cannot walk around most of the exhibits to see them from different angles, you’re fairly much confined to ‘front.’ Walk back outside and see what else you can find… 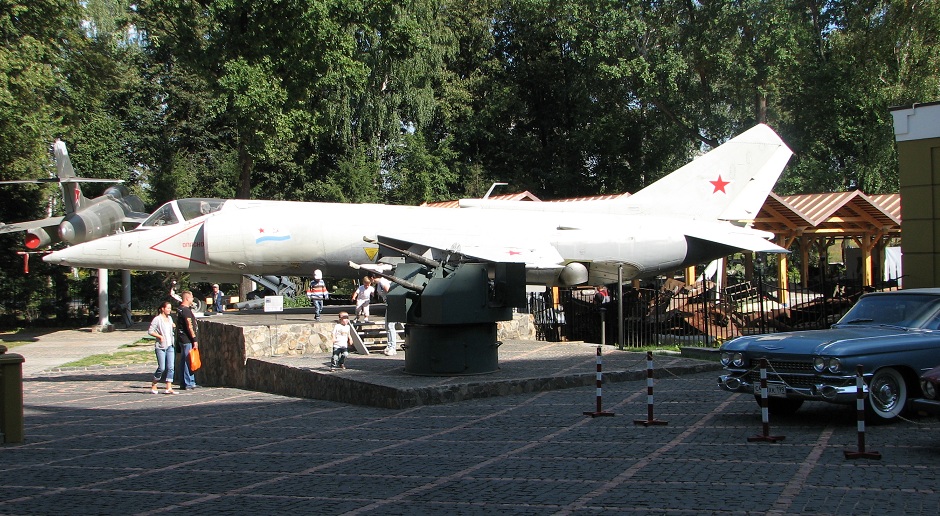 A Yak-38 brings you in the right direction. Something you’ll notice is that Mr Zadorozhny has a thing for Yakovlev. Inside the building you just left, the Yak fighters are some of the rarest aircraft in the world, being apparently the only ones left that have the original engines. As I walked towards the Forger, I mentioned to my companion that I had seen the successor aircraft, Freestyle, a few years ago in Farnborough. No sooner had those words left my lips than we cleared a corner and “Oh. There it is.”

Unlike the vehicles inside the building, you can walk all around the outdoor exhibits. Some of them (More Yaks) are, unfortunately, placed a little high up so modellers can get a great view of the wheel wells, but not much else. 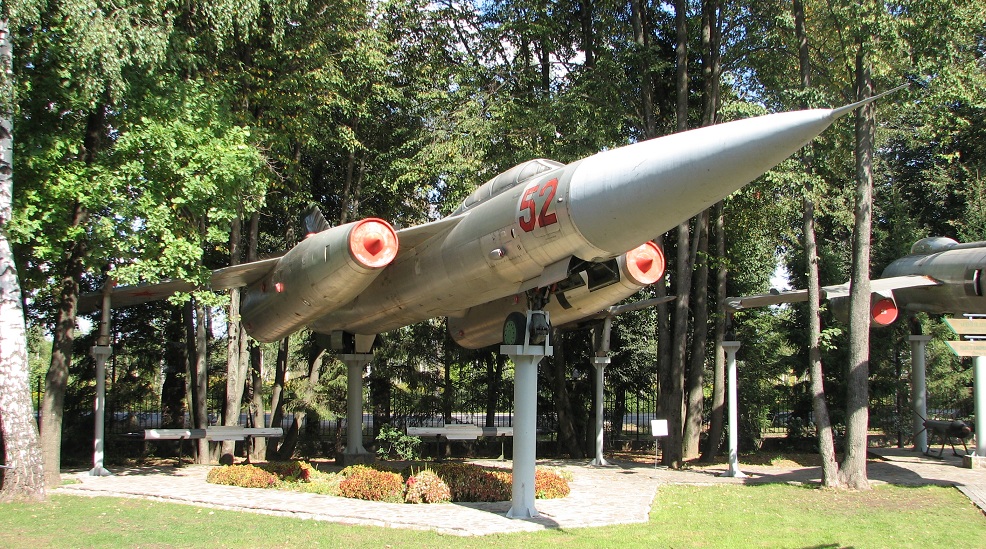 Your course will eventually take you back to the line of armour which you first saw when you were driving here to begin with. Some of it is fairly standard fare… 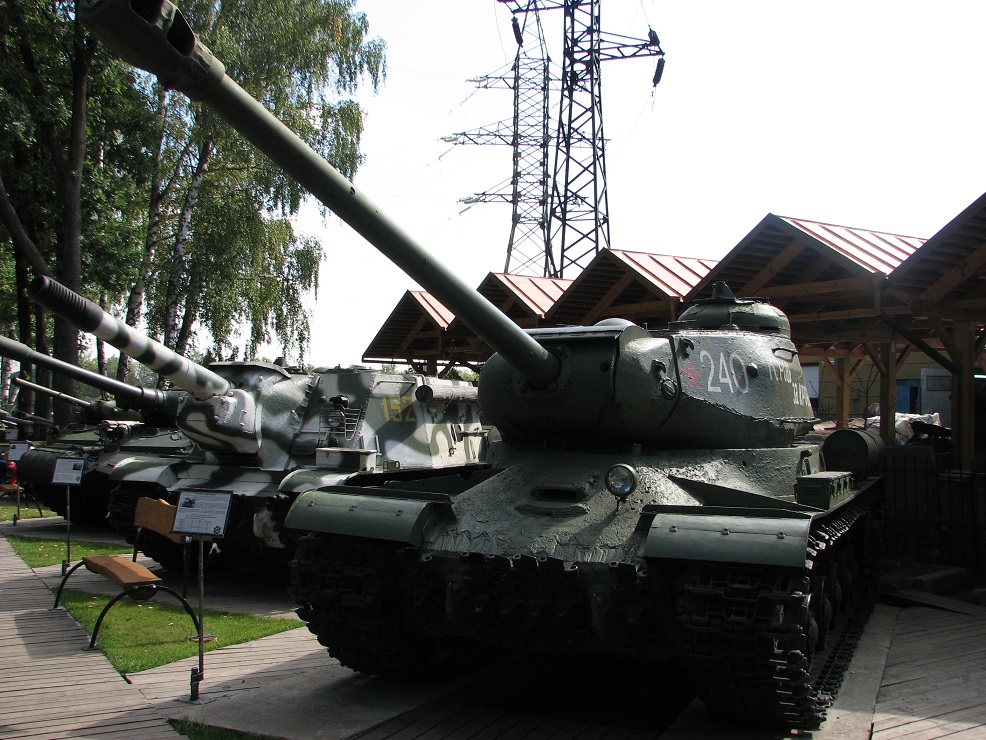 Some of it, not so much. 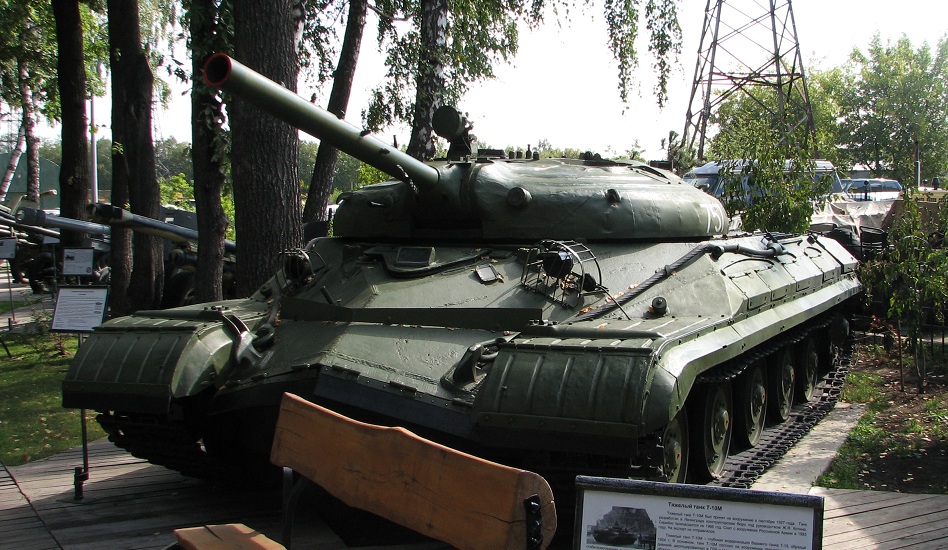 One of the more unusual features of this museum is that it’s a bit more kid-friendly than most. Most musea tend to frown upon children climbing the exhibits or otherwise manipulating them, but in this one, audience participation, at least on the steel, is accepted. As a result, you’ll see kids climbing on the tanks or playing with the traversing/elevating gear of the artillery. 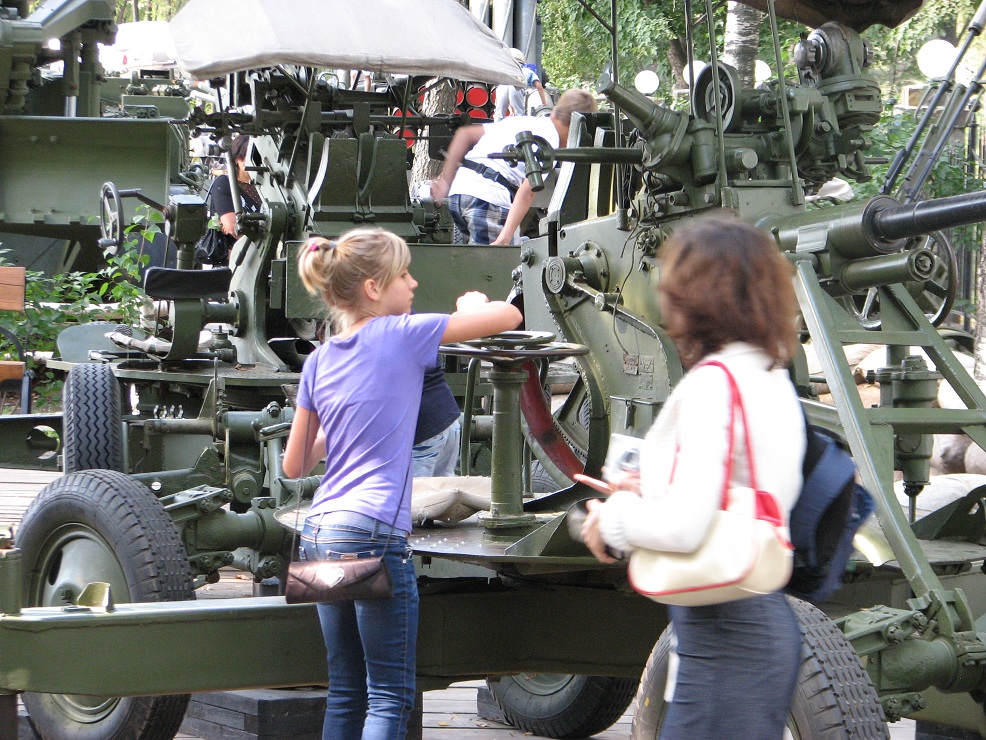 Not that I’m saying it’s a great kid’s day out, musea rarely are, but at least your progeny will be able to recharge their interest.

Unlike the indoor exhibits, the outdoor ones do allow you to walk around and get photos from all sorts of angles. I must admit to this having been the first time I’ve seen a T-80 up close, so I certainly took advantage of the opportunity. 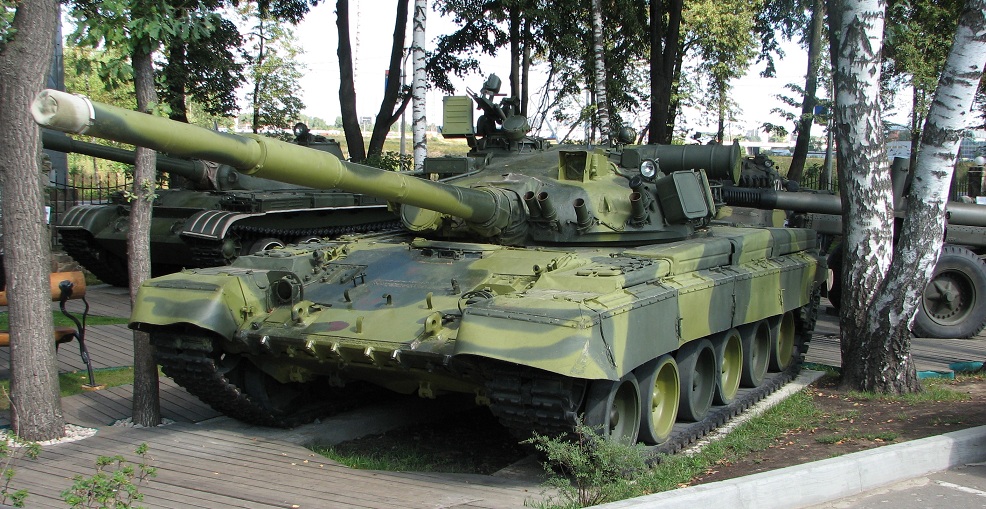 Similarly, I can’t recall the last time I saw a Ganef in person. 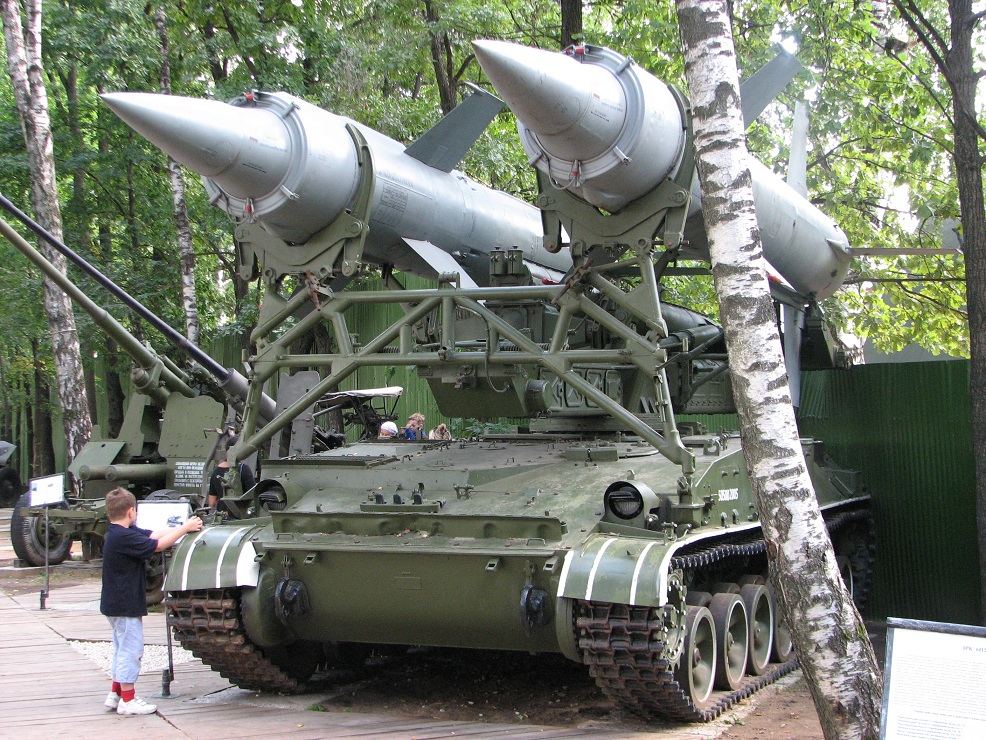 The other thing to note about the facility is that it is not just an open collection. It is a fully working fabrication and repair facility. I am led to believe that the T-60s here are new-build (out of a batch of 4), and not restorations. Though obviously walking into the shops is liable to have you yelled at, it is nice to be able to look in and see the workings. 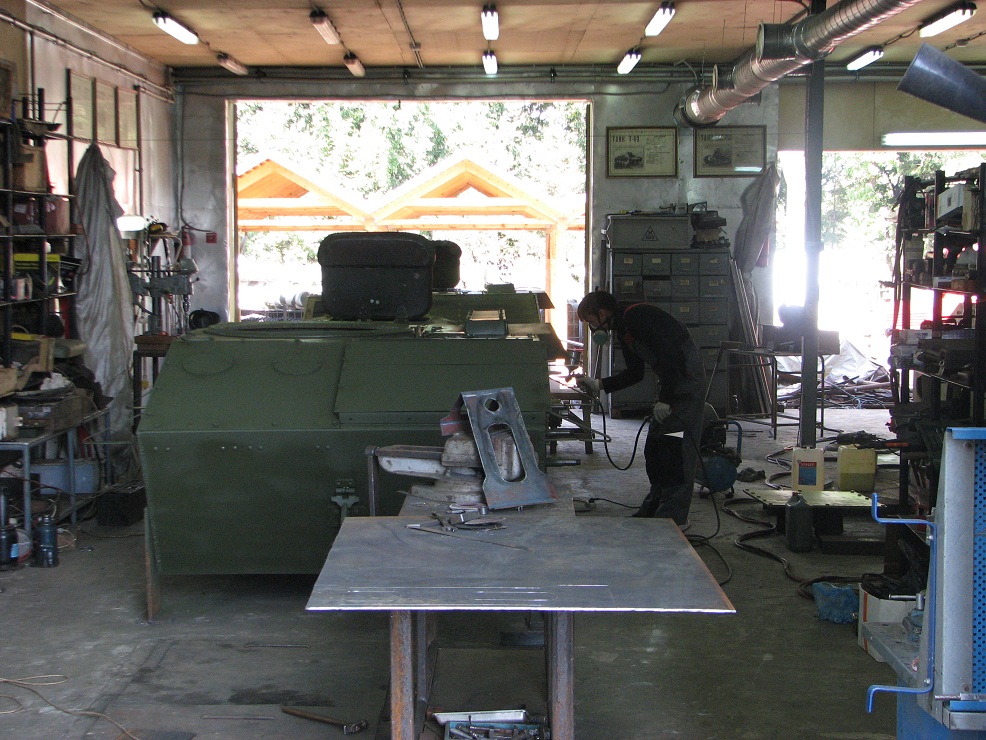 The museum is overall worth the visit if you have time to kill, but as a tanker I wouldn’t put it above the Central Museum or Kubinka. People who are dragging their families around, however, might find this a better place to go as they have more than just tanks to look at.