The National Infantry Museum is a brand spanking new facility located just outside of Ft Benning, GA, which is as good a place as any. Their website is also far more informative than most museum websites.

Columbus is a little over an hour’s drive from Atlanta Airport, it’s a straight run on the freeway and very easy to get to. Don’t expect to see many signs for the museum, though, a map printout or SatNav seems to be a requirement for out-of-towners. As you’re driving from Columbus proper to the museum, you’ll likely pass by the rather unexpected Civil War Naval Museum. No time to stop, however! 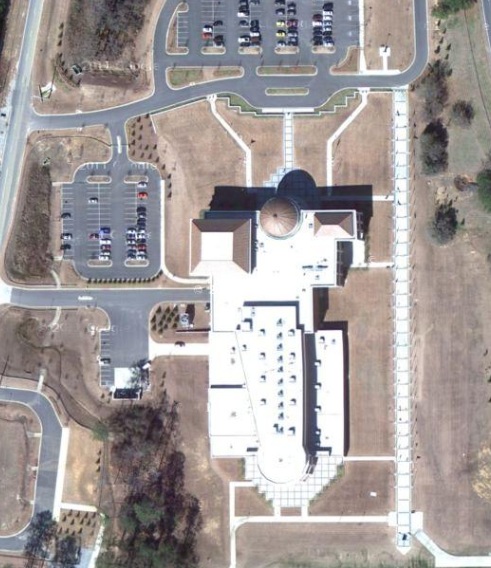 Eventually (long after you think you’ve gone too far, if you don’t have Satnav!) you’ll come across the building and its most capacious parking lot. Park the car, and head on up, at the door you can’t really get more US Army Infantry than Iron Mike. 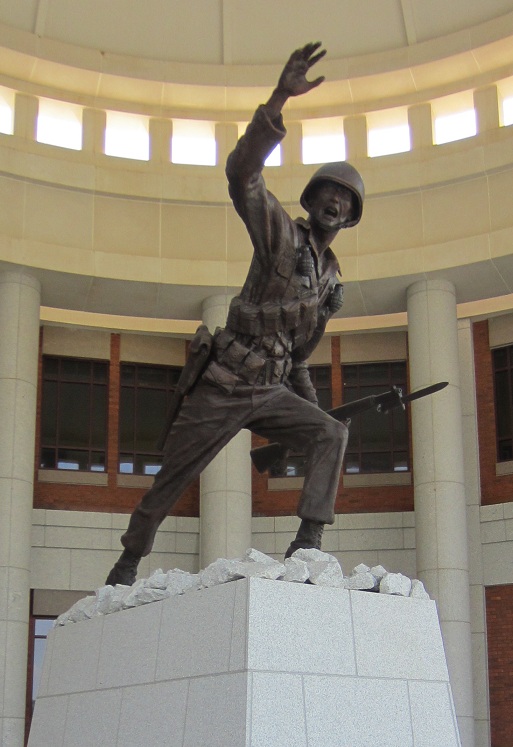 Walk inside, admission is free though donations are always welcome. It is recommended that you walk the ‘Last 100 Yards’ first. 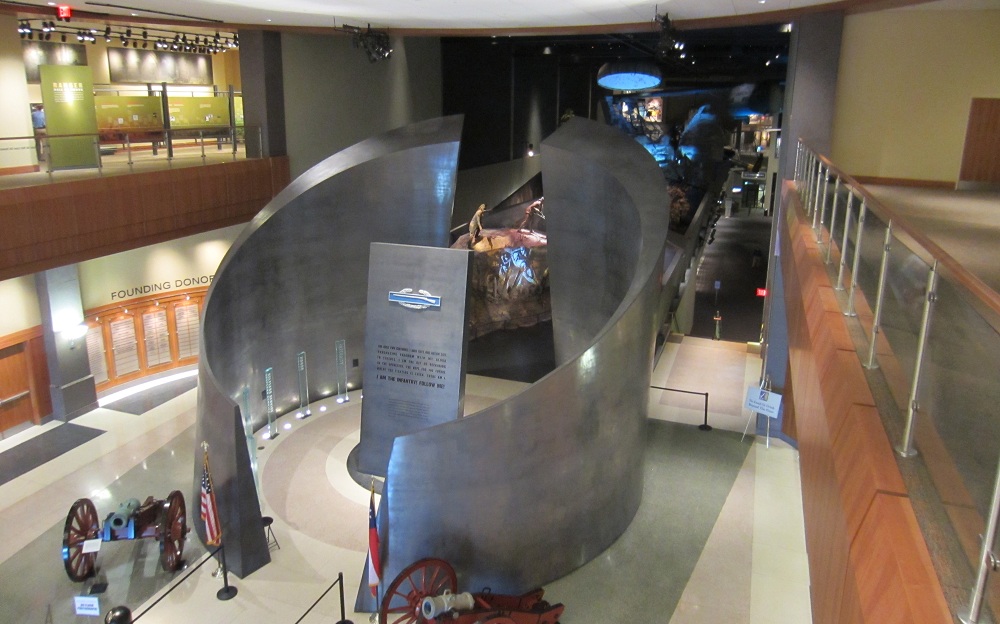 This little path through time, oddly, about 100 yards long, is named after the fact that the ‘last 100 yards to the enemy’ is down to the infantry alone: All the supporting arms are of limited utility for fear of hitting their own men. 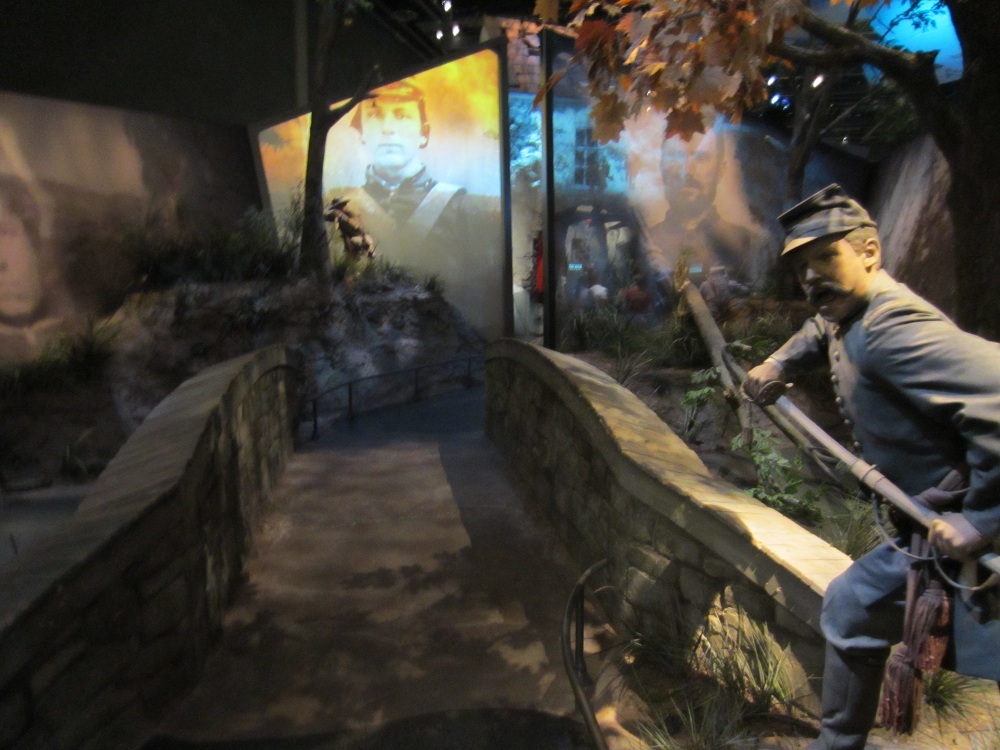 Starting at the Revolutionary War, and ending in Iraq, the idea is that it sortof sets the mood for the visitor. 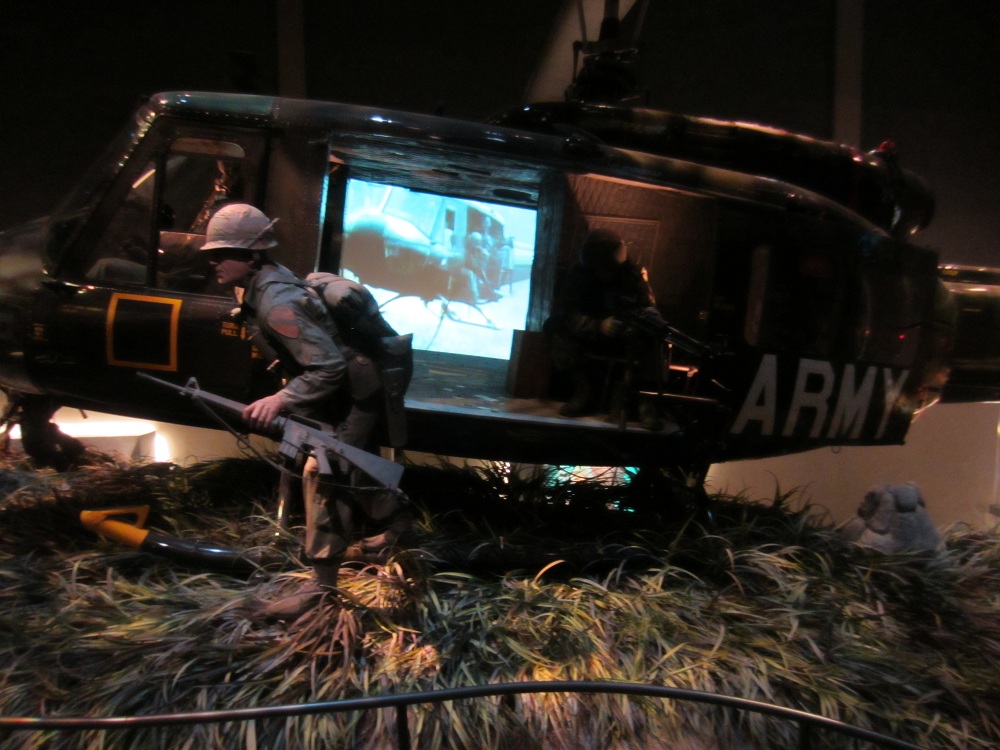 Anyway, at the other end of the ramp, the visitor is deposited in the Fort Benning Gallery. This both covers the overall history of the post, and also is the part of the museum which covers the joys of Basic Training and OSUT. This gallery is at the Southern end of the building and windows in the back (about the only windows in the entire exhibit area) provide a view over Soldier Field and the preserved WWII barracks area, which is open to the public. 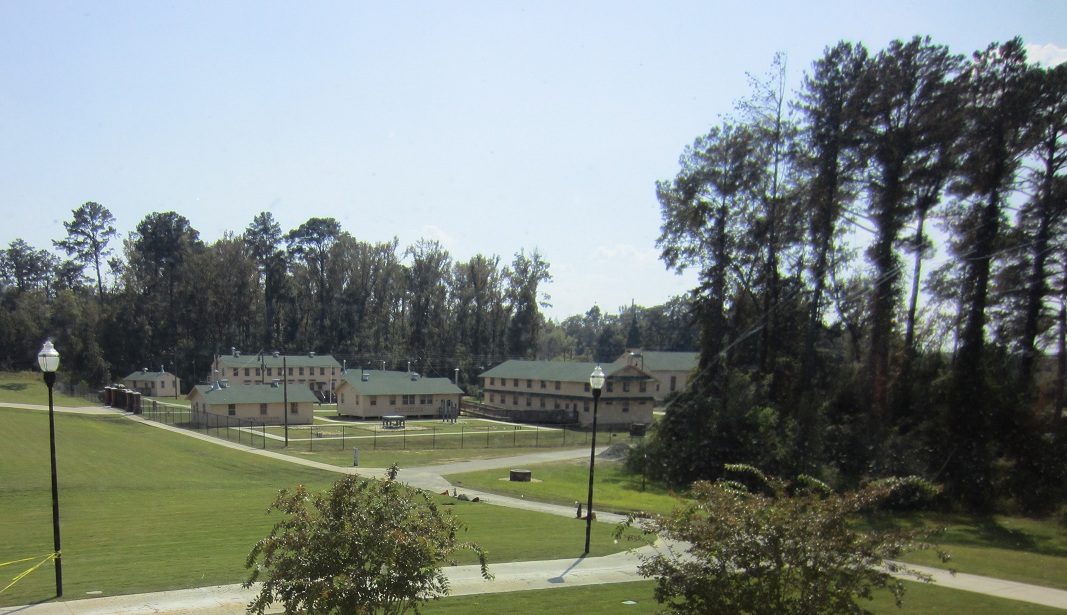 Soldier Field itself is also a new creation, in building it they incorporated soil taken from multiple battlefields in the US Army’s history, to include from France, Korea , Vietnam, Iraq and Afghanistan. I have no idea how they quite managed that, I found the Dept of Agriculture to be particularly picky about making sure we steam-cleaned every last square inch of our tanks to ensure no foreign soil (and what they contained) was brought back to the US. Unless they microwaved the dirt or something, I guess. But I digress. Expect to see the National Armor and Cavalry Museum to be built on the far side of the field. Incidently, graduation ceremonies for newly minted soldiers are held pretty much every Thursday and Friday there, so it could spice up your visit with a little bit of pageantry. 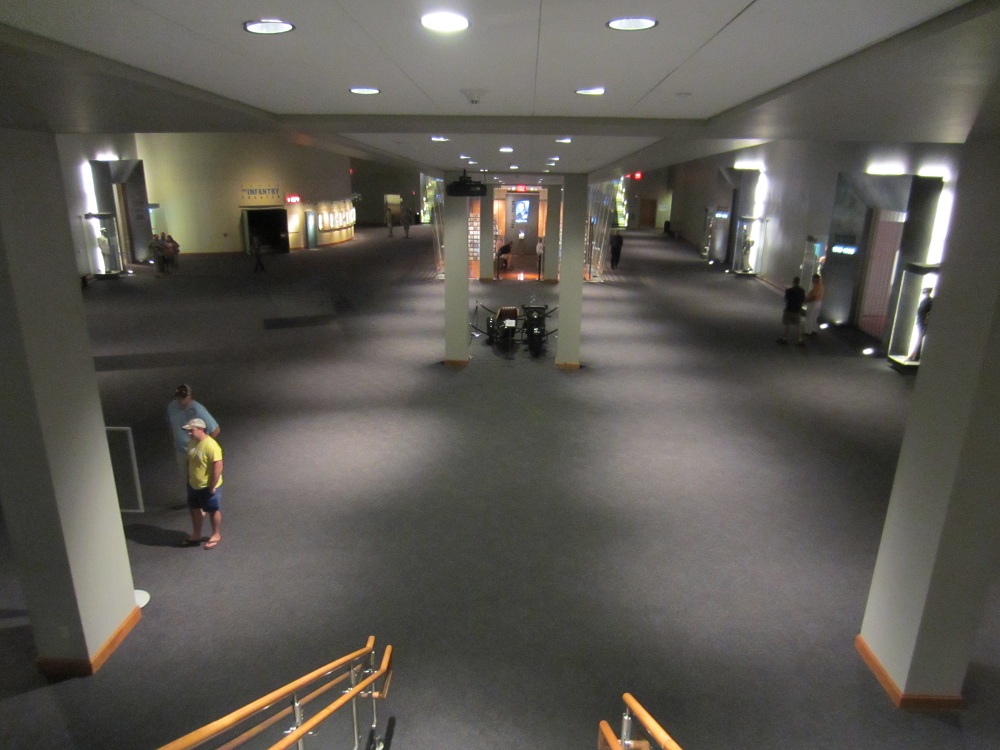 Anyway, the way out of the Ft Benning Gallery is to go downstairs. They do have some indoor shooting ranges (EST-2000 and similar as used by the military today for training) that you can try your hand at playing with, though for the costs they’re charging, I’m not sure there will be many takers. As you can see, the central hall is not exactly crowded, there seems to be some room for expansion there. That said, I’m not sure I’m quite convinced by having a bit of Bradley dangling over my head. Hope there aren’t many earthquakes in Georgia. 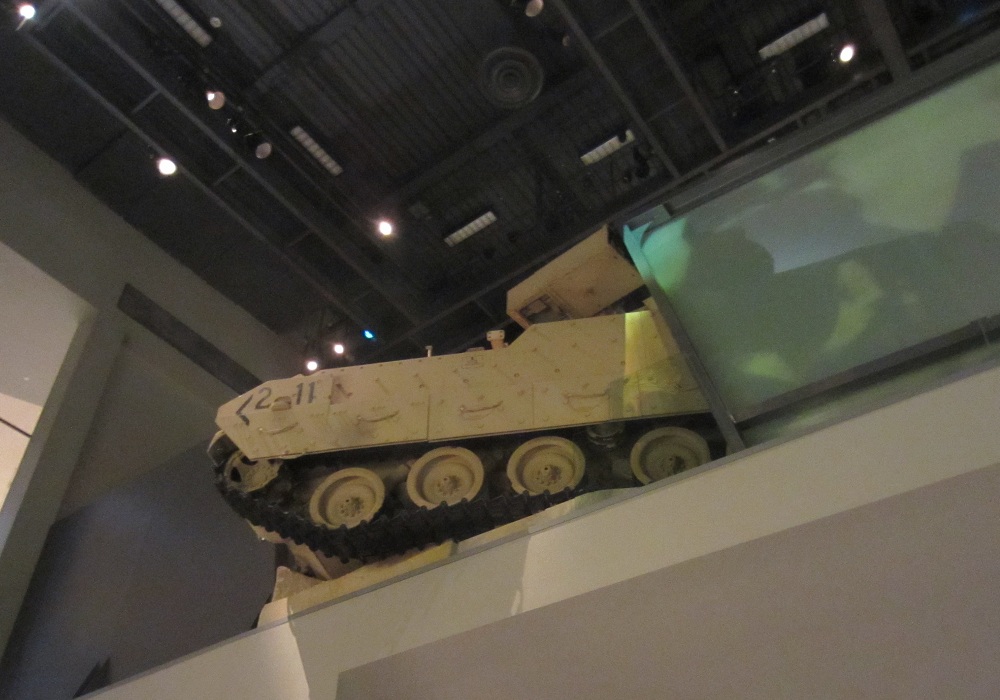 Branching off from the sides of this central hallway are various galleries devoted to specific time periods. It is to be noted that only 2/3 of the galleries were as yet completed and open when I went through, implying that, again, there is either deliberately planned room for future expansion, or that the job just isn’t done yet. 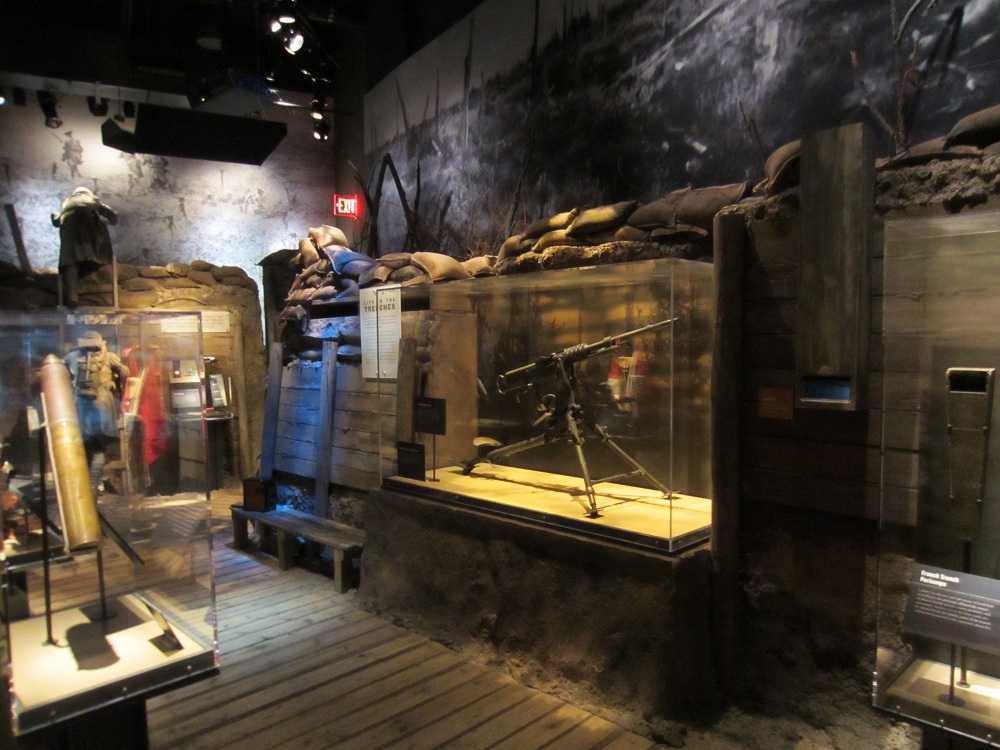 The average gallery is a little circle that one walks (usually counterclockwise, it should be noted) with the typical set of clearly labeled exhibits to be found in display cases. Sometimes a bit of a period atmosphere is created, such as by the WWI trench, but I must admit to not being massively overwhelmed by the Vietnam Jungle Walk, despite all the posted warnings about how those of faint hearts can bypass it. 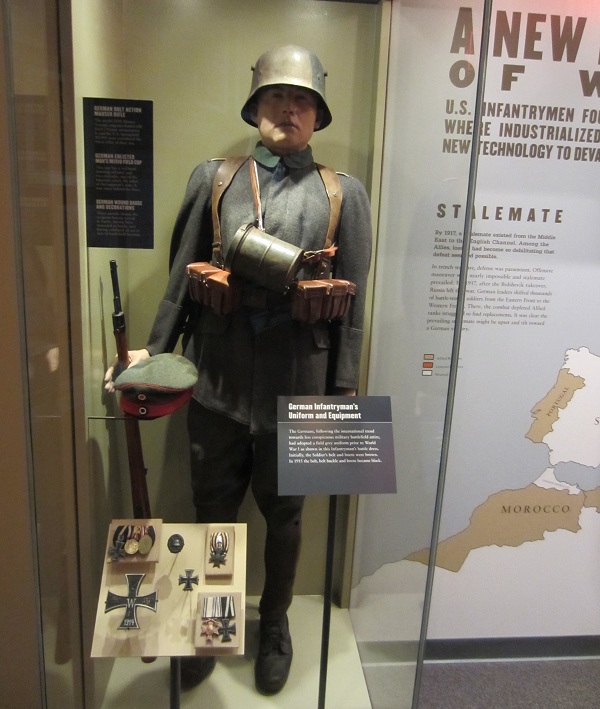 The exhibits are not solely confined to US and its allies, there is anything from exhibits of Moro weapons through the typically worn kit of Japanese or North Korean opposition, to put things in perspective. A nice touch is that though the museum has much of the propaganda one would expect of the nation’s official museum, it is not beyond it to acknowledge deficiencies either. For example, the caption on this model (There are a small number of these dioramas, and unlike in most musea, the guys who built these are better than the average) starts with “The US Army’s first major ground action against the Germans was disastrous” 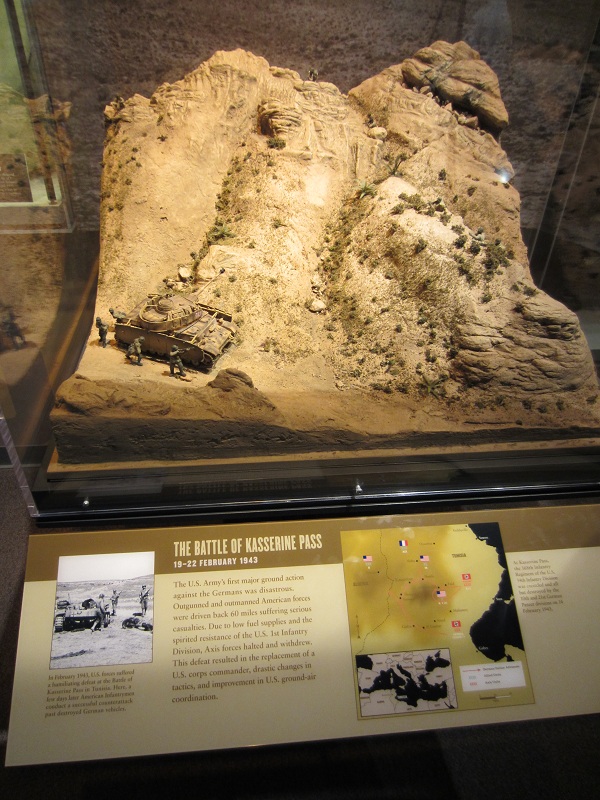 Though most of the exhibits are not particularly unusual (but all well-labelled, albeit in English only), there is still the odd thing which is worth a second glance, such as this Bellyflopper… erm… Howie Machinegun Carrier, which I believe is the only one ever built. 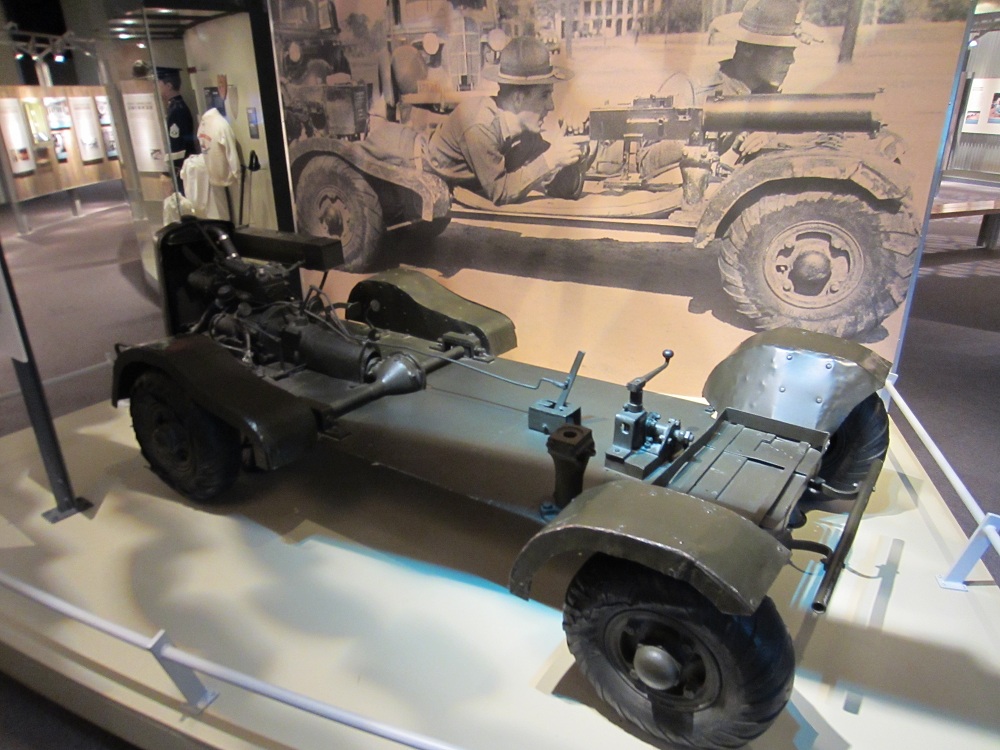 Doesn’t seem like it was that terrible an idea, actually. I’m not entirely sure I can say the same thing about Davy Crockett, though. 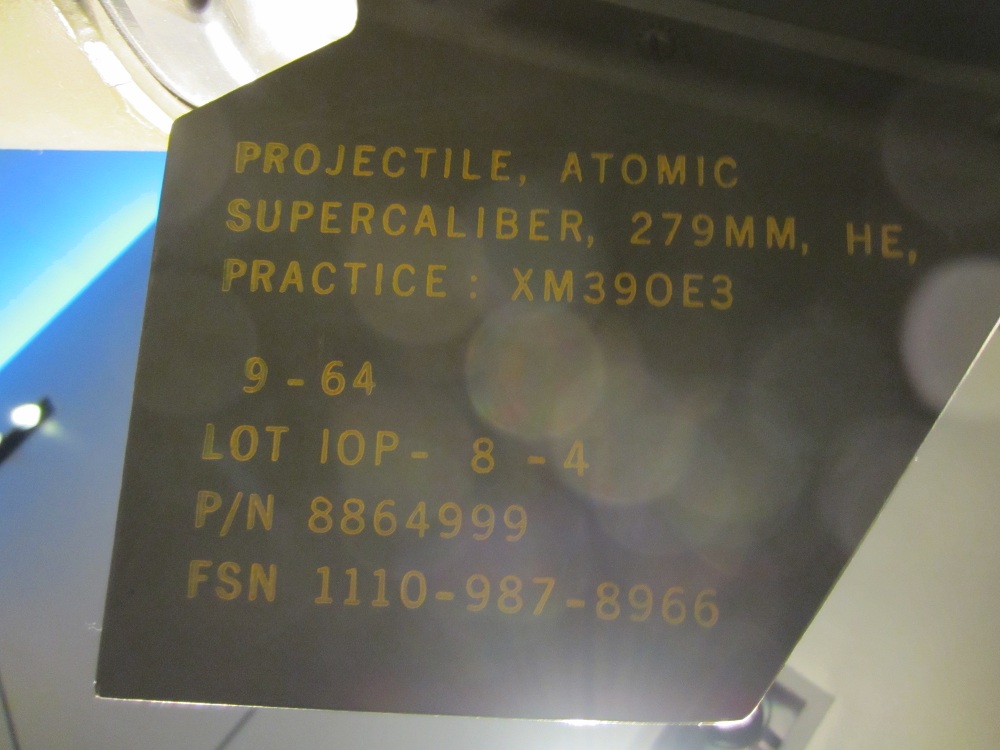 I mean, sure, it’s probably a good idea to practice nukes before using them, but the practice of using a recoilless rifle A-bomb may not have been the greatest idea ever. I particularly like the fact that they had a ‘spotting round’ built for them, just in case you were worried that you weren’t going to get –quite- close enough with your nuke. No mention of how one would spot a ranging round against a target which you would hope is on the other side of a hill. 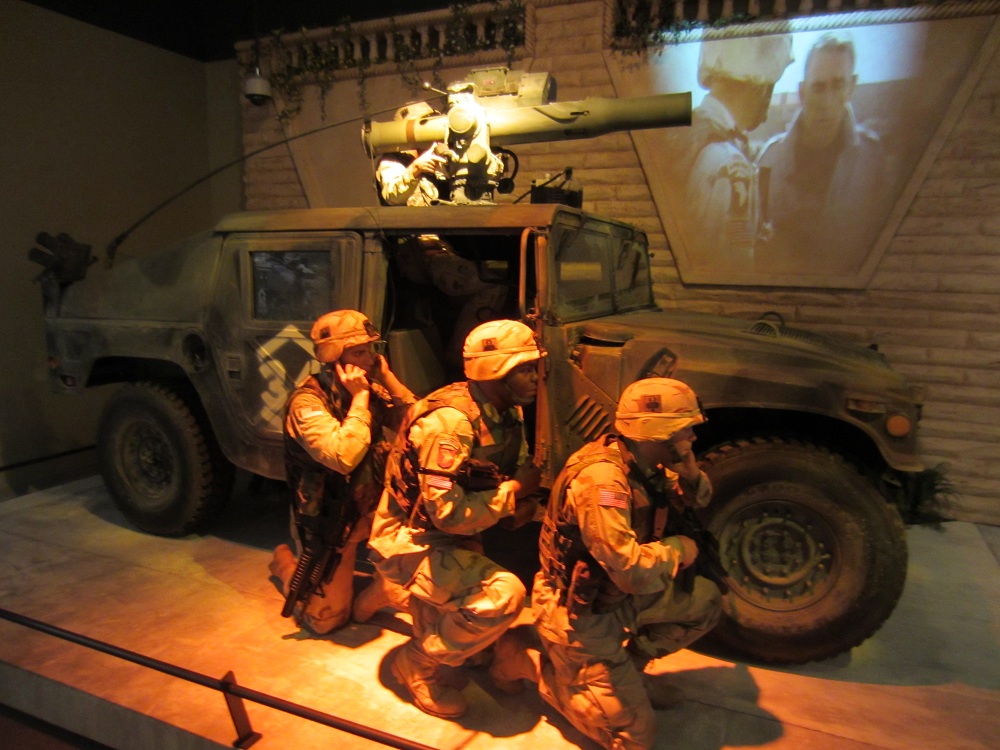 To give an idea of the effort that they took into creating some of the dioramas, this scene should be instantaneously recogniseable to most military enthusiasts. You can almost play a game of ‘spot the difference’ between the diorama and the real thing. 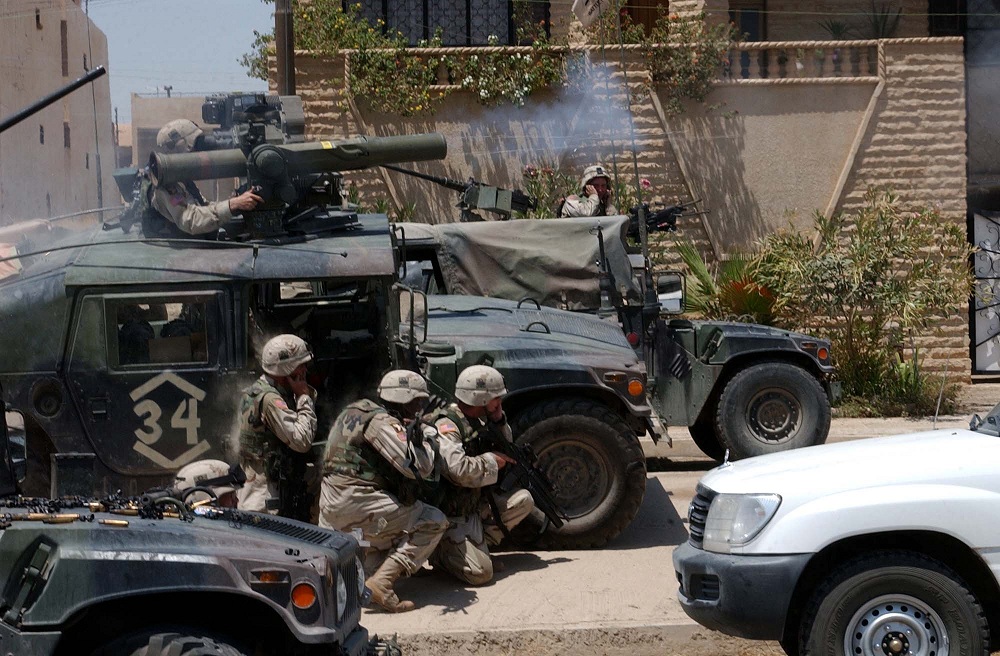 Also downstairs is the Hall of Valour, which has the photograph of every Medal of Honor recipient, at least, as far as a photo is known to exist. Of course, no US infantry museum can be complete without an M16 section. 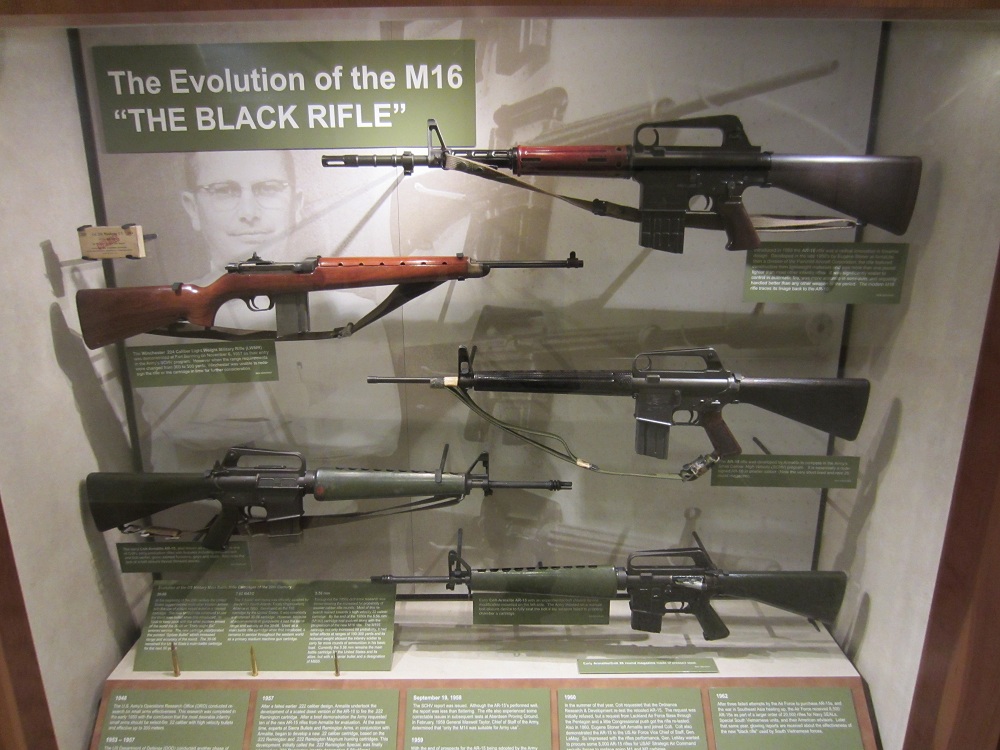 When you are done with the galleries, you can hop upstairs. There’s an IMAX theater which, for some reason, was showing Harry Potter and the Deathly Hallows, I’m not sure I see the connection. However, the show schedule is on the website, and most of the showings seem to be more on topic. There are also  two specific galleries to the Ranger Regiment and Officer Candidate School, although they are also more ‘halls of honour’ than proper museum exhibits. 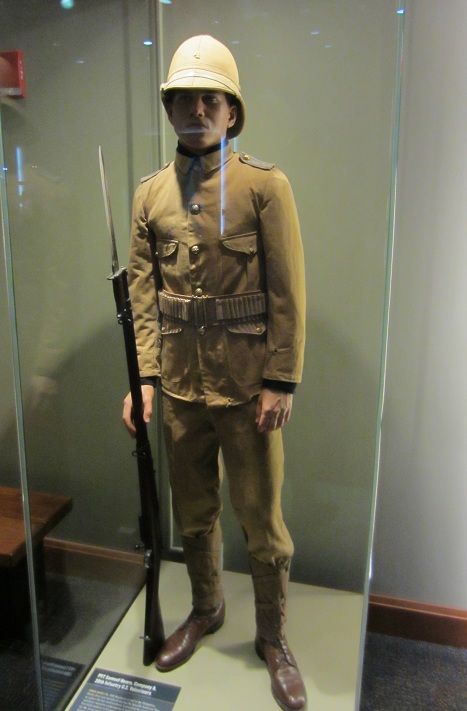 The worst I can say is that there is no reference that I can recall to the Marine Corps. Granted, they may consider themselves ‘riflemen’ and not ‘Infantry’, but the name ‘National Infantry Museum’ would, I thought, have covered their role. However, this is a minor quibble. The museum is modern and clean. A lot of effort has been taken in the presentation of the exhibits, and to see it properly, you do need to budget at least a half-day. In its current condition, it is worth a visit, you –will- learn something, even if you’re a long-time 11 series. I particularly look forward to returning when the rest of the galleries have opened. US Army Infantrymen can be satisfied that ‘their’ museum is, indeed, a very good one.