The Chieftain's Hatch: What's in a Name? Part 2

Some weeks ago, I put up a few discoveries about US tank names which I had found in the National Archives, and let the Operation Think Tank participants know about it. It started a brief but lively discussion on names which I want to share here.

The most significant contributor to the discussion was David Fletcher, who ended up posing more questions than answers. Nothing wrong with this per se, so while you may not be educated by reading the below, it should provide some food for thought.

The first question he had related to the M3 and M5 series of light tanks. Commonly known as “Stuarts”, he points out that the M3 and M5 were probably more different than the M3 “Lee” and M3 “Grant” mediums, yet apparently were not deserving of different names. But more to the point, he casts some doubt on the use of the name “Honey” for the tanks. The story goes that the British found them so easy to drive and maintain compare to their domestic designs that they were called ‘honeys.’ 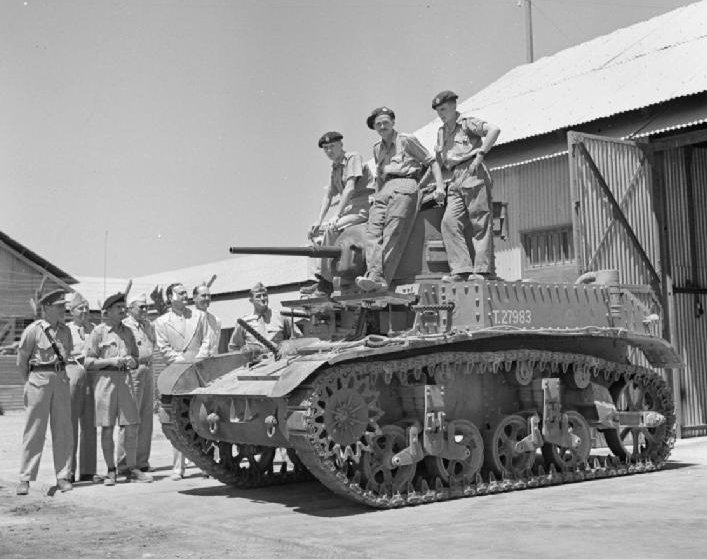 This is well and good for us Americans reading it; it makes perfect sense. The catch, as he points out, is that it makes no sense to the British. To quote him:

However HONEY is not a term used in Britain in that context and probably never was. To us honey is the stuff made by bees which you buy in jars from the health food store.

His theory, and it makes a bit of sense, is that an American instructor used the term, saying “this tank is a honey”, and it sortof stuck as people thought that was the American name for the tank. Bear in mind that at the time the Americans didn’t have an official name for the thing to begin with to tell them and fix the misconception. As an aside, his statement as to why Churchill was adamant that the name of the tanks would not begin with ‘General’ was that he just didn’t want there to be any chance of confusion with any real general officers who happened to have the name “Grant”, “Lee”, “Stuart” etc.

Several weeks after the discussion started, Harry Yeide chimed in with an anecdote he discovered. Content of email as follows:

I am scanning and OCRing a manuscript by written by Col. Charles Hodge, CO of the 117th Cavalry Reconnaissance Squadron, which was assigned to provide security to Churchill when he had pneumonia in Morocco. He offers this annecdote:

When the Prime Minister's party took off on the next morning following the soiree, we arranged a provisional guard of honor lined up on the airstrip, as is customary. Sir Winston "trooped the line" with me and thanked us and was highly complimentary. The last communication I had with him bears repeating and was as follows: About two months prior to our mission to Marrakech, we had received the new six-wheeled armored cars, mounted with greatly-improved armament and vastly improved in mobility and speed. The British had a custom of giving our vehicles a name. For instance, they had given our new light tank the name of the “Honey.”

Carrying out his complimentary inspection, Churchill said to me, upon passing one of the new armored car, "Col. Hodge, that is a new armored vehicle, is it not?"

I replied by saying, “I am sorry, sir, but the official ordnance designation of this piece of equipment is the Six Wheeled Armored Car M-8. The new light tank is the one that the British have named the Honey.”

Looking me right in the eye, with a twinkle in his eyes, he said, “Young man, we British are your best customers, and the customer is always right, so it's a Honey. Good luck and keep up the fine work.” 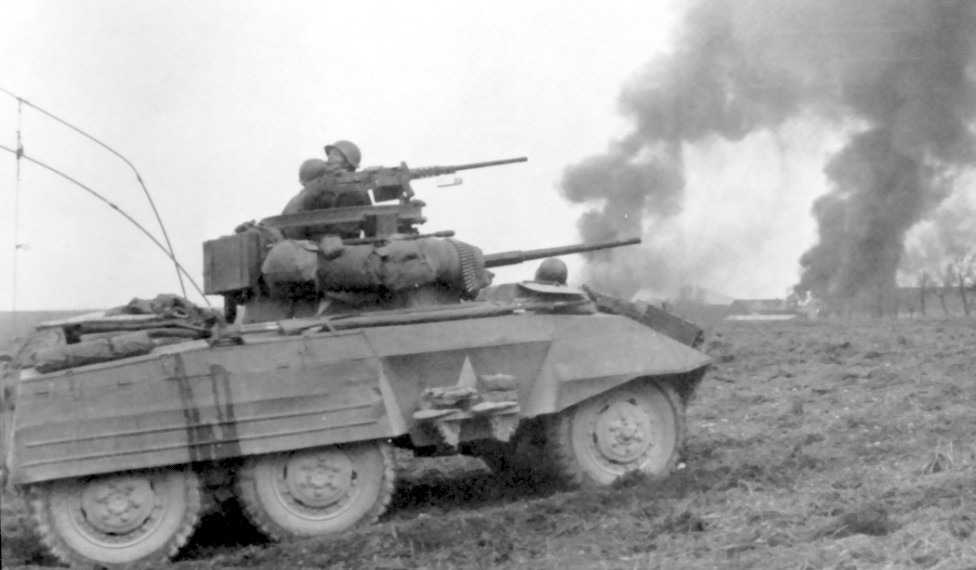 Now, bearing in mind that it was Churchill who directed the use of “general” names for the British tanks, it would be interesting to see the date that the order was made vs the Morocco visit. I don’t actually have that date

Another question David asked, and this matches with my own current question on the matter, was as follows:

The term Wolverine was probably adopted afterwards, or made up to fill a gap. Has anyone ever heard of an M10 being referred to as a Wolverine in practice?

Nobody was able to answer in the affirmative, and I did try the Canadian War Museum to try to verify my theory of it being a Canadian name, but didn’t get a response. If the lead British expert on the subject had never heard of a use of Wolverine, it adds further cloud to the concept that it was a British name for the vehicle.

The next question which came up was the name of the M7 Howitzer Motor Carriage, known as “Priest”. As he says:

[T]his is often said to be due to the pulpit-like appearance of the .50 calibre mounting on the M7. I wonder about that. The Valentine Bishop had already been named and started the fashion for ecclesiastical names for SP artillery so Priest may be nothing more than that

There were actually three religious vehicles around at the same time in North Africa: Bishop, Priest and Deacon. In fact, the concept of naming at least parts of tanks on a religious theme goes back even further, a number of inter-war vehicles had was was referred to as “Bishops’ Mitres” cupolas. 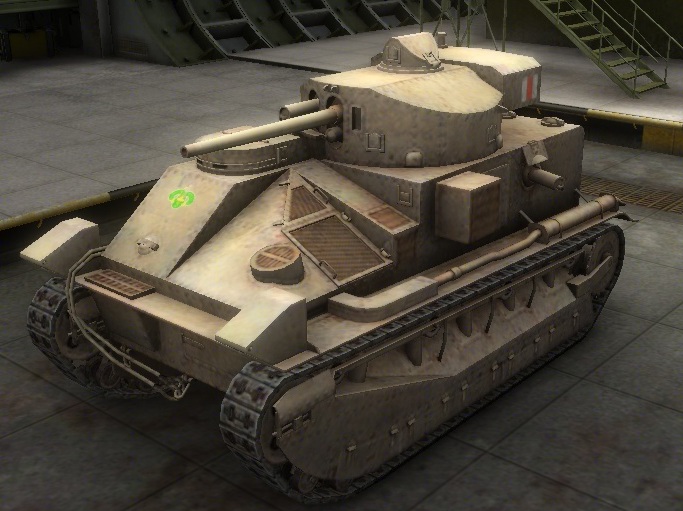 Looking at the chonology, Bishops were built long before the M7 appeared on the scene, Deacons arrived in North Africa only a few weeks after M7, so may well also have been named by the British Army earlier. Bishop also, well, looked like a Bishop’s Mitre from some angles so it’s quite possible that it was indeed named first. 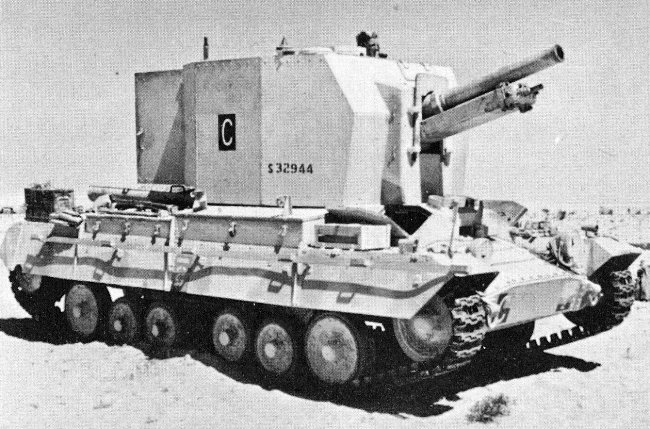 There is a caveat, however. Dick Taylor’s recent book “Into the Valley” has the following line:

On 4th November [1941] an order was placed for 100 Self Propelled Gun 25-Pounder. (The name ‘Bishop’ followed the christening of the US GMC M7 ‘Priest’ because of its pulpit.)

Unfortunately, he doesn’t cite where he got the information from. Mr Fletcher did say he knew Mr Taylor and would ask, but sadly Mr Fletcher retired before we could get an answer. I’m now trying to hunt down Mr Taylor. (When I get an idea into my head, I don’t often let go of it easily!)

One last Fletcher thing, with regards to the name of Matilda. He pointed out in Operation Think Tank that he had seen a document which pre-dated the construction of the tank which had assigned “Matilda” as a code name. His memory wasn’t failing him, I finally got around to reading “Mechanised Force”, and sure as tea, there is a scan of a pencil drawing of a proposed A11 and a very basic sheet of notes, dated 10th October 1935. In Sir John Carden’s own handwriting is “Code Word ‘Matilda’” at the very top of the page. 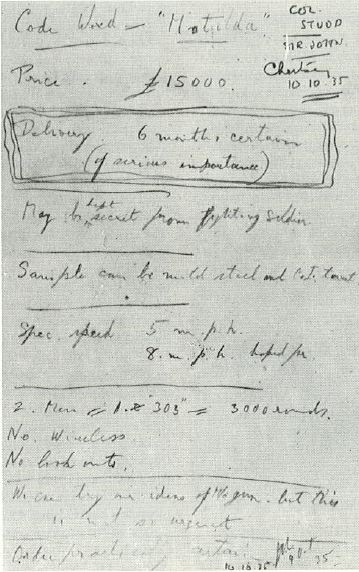 That settles that. Nothing to do with waddling cartoon ducks.

The last two comments are from Ken Estes and Hilary Doyle. Ken theorises that the reason M103 never got a name was that the Marines didn’t much care for the practice, and the Army didn’t much care for the tank, so neither side was particularly motivated to apply one to it. Finally, Hilary just expressed a forlorn hope that maybe one day a document might show up to explain how the Germans came up with their names.

Who knows, maybe there will be a Part 3 one day.