The T-28 is one of those tanks which everybody seems to know, but nobody ever seems to know much about. I’m going to go over a quick history of the vehicle to fill in a bit of the gap.

The development of T-28 started back in 1931 when an ‘assault tank’ requirement was stated, to have three turrets. As an example of how quick tank development used to be, the prototype was undergoing testing by the end of that year.

Back in those days, multi-turreted tanks were in vogue, with the failings of crew co-ordination and vulnerability to anti-tank weapons not yet being known. The more guns, the better! The prototype vehicle was armed with a 45mm gun, and three 7.62mm machineguns, one in each front hull turret, and another in a ball mount on the front right corner of the main turret. The vehicle did, however, have some redeeming features such as a turret basket and electric traverse.

By 1933, the vehicle was in limited production. A number of changes had been made to the design, to include notably changing the hull construction to welded as opposed to riveted design. Ten made an appearance in the 1933 May Day parade in Red Square: By that point, twelve had actually been produced. 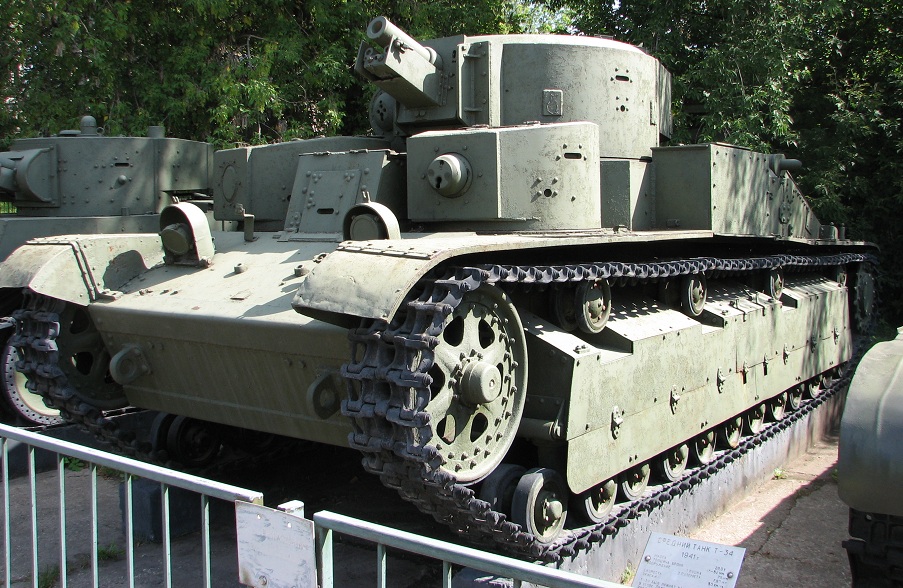 This example in the Central Armed Forces Museum is from an early production run.

Another significant change was to the weapon system. More appropriate to a breakthrough tank, the KT-28 gun was mounted in the new, larger turret. When you get your stock T-28 in World of Tanks, this is the version in your garage, though with an underpowered engine. The gun itself was basically a modification of the Model 1927 Regimental Gun, with the recoil stroke shortened.

The first upgrade in the weapon system came in 1938. The L-10 tank gun increased muzzle velocity from the KT-28’s 1,250 ft/second to 1,820 ft/second. This is the gun mounted in this T-28 located in Parola, Finland. As only a few hundred L-10s were built, however, T-28s did continue to come off the production line with KT-28s. Also added to the turret rear after 1939 was an additional machinegun ball mount. 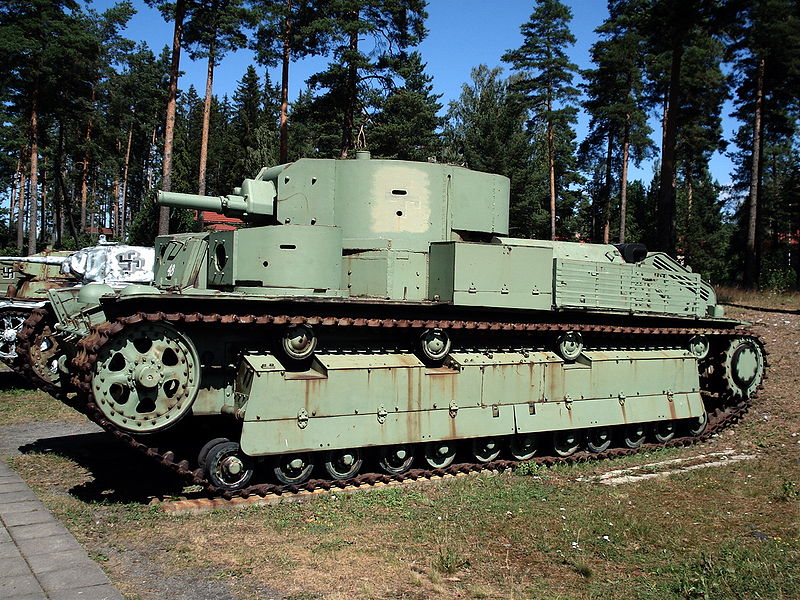 Not represented in World of Tanks was the T-28Eh, which was basically the T-28 fitted with additional appliqué armour on the front and sides. This modification came about after experience against Finland in the Winter War. Most of the L-10 equipped tanks were upgraded to this standard.

The last production variant made use of the conical turret, introduced in 1940. However, as only 13 T-28s were built in 1940, they were a very rare beast indeed. At least one was built with the KT-28.

Over 600 detail changes were made to the tank over the course of its production varying from suspension springs to radios. The entire production run was 503 tanks, so one can see that improvement was something of an ongoing issue. Chances are that no spare part ever quite exactly was the same as the one it was replacing, but despite the effort, the tank never did quite sort out its reliability issues.

Operationally, T-28s were initially assigned to heavy tank brigades, each brigade having in each of its three tank battalions a platoon of 3 BT tanks, and two companies each of three platoons of five T-28s. One exception was the 5th Heavy Tank Brigade, which had both T-28 and T-35 tanks. Heavy losses in Finland caused the Soviets to reassess both the tank’s armour, and its organization.

Although already considered obsolete, the Russians weren’t about to stop using the tanks just because they were death traps, not when they still could fire shells at the Germans at the gates of Moscow. A few were used as static defensive positions. However, it’s not as if much effort was made to replenish the numbers.

There were two foreign users of T-28. Finland, which used seven captured examples, and Turkey, which received two and promptly buried them from history. One Finnish T-28 was turned into a recovery vehicle, and this last T-28 was finally withdrawn from service in 1951.

But what of the other variants? 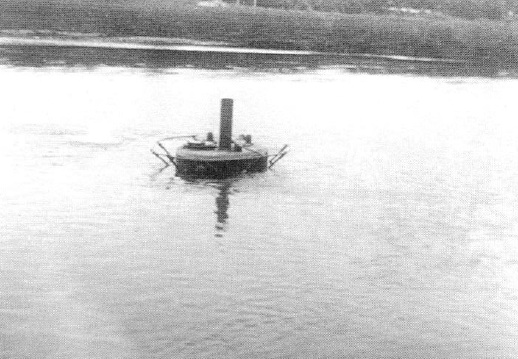 After it exploded whilst underwater (everyone made it out), they decided to stop the testing. As an alternative, at least for narrower water obstacles, IT-28 (AKA Obj 215) was a bridge layer. One of the earlier AVLBs, it passed its trials and was capable of laying a single-piece, horizontally laid bridge over a 12.5m gap. However, as soon as the production was approved, the war broke out, and no more than two vehicles were built.

Perhaps a little disappointingly, the real SU-8 was indeed an artillery piece based on T-28, but sadly it only mounted a 76mm gun mounted more towards the front of the vehicle.

One of the major liabilities of the tank was the rather archaic suspension system. Some other alternatives were tried, to include the trial installation of T-35’s suspension. More radical proposals were torsion bar… 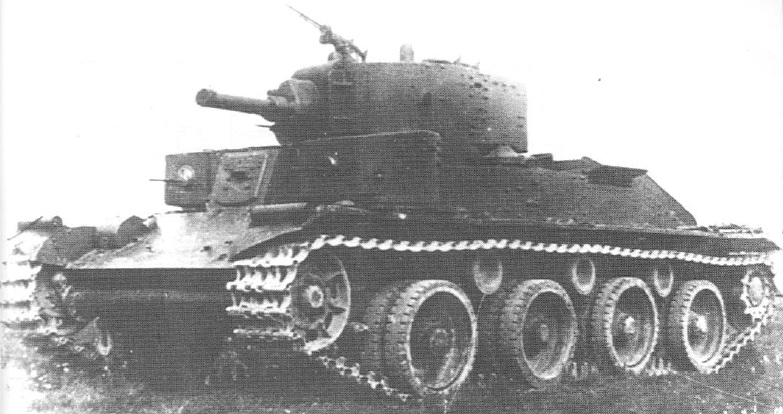 The latter made it to series production status, designated T-29. That said, the series turned out to have a production run of only two tanks. Capable of being run without tracks, the idea was no more successful than on the BT series. Plus it proved to be too difficult to build and unreliable anyway, so they nixed it.

There was one final attempt to salvage the concept’s honour, Object 115. This last design also used Christie roadwheels, but had sloped sides and front. All three turrets were all ‘conical’ as well, also with slopes. However, by the time the draughtsmen had drawn the last bolt, the overall inadequacy of the multi-turreted tanks was finally driven in, so no prototype was built.

Today, one T-28 is known to exist in Russia at the Central Armed Forces Museum, and three are in Finland.