So it’s Independence Day in the US. Lots of fireworks, flag waving and whatnot. The last 4th July I spent on a deployment, we may have been perhaps a little free with the taxpayers’ dollars, our 4th July ‘Fireworks’ show was a combination of illumination flares fired by the 120mm mortars, and 155mm HE fired from the bases’ howitzers against a nearby mountain. Lots of noise and explosions. One could at least argue that it’s a training event for the gun crews, of course. On the plus side, they hit the mountain they were aiming at. It would not have been reassuring had they missed (But we were still placing bets).

Those of you who have been following my articles for some time should have figured out by now that I have an appreciation for more than just tanks. My interest in trains long pre-dates that. (The word is ‘Ferroequinologist’, if you’re curious). Southern Pacific’s GS-4s were beautiful locomotives in the Daylight colour scheme, but for the US Bicentennial, 4449 got itself painted up for the occasion. 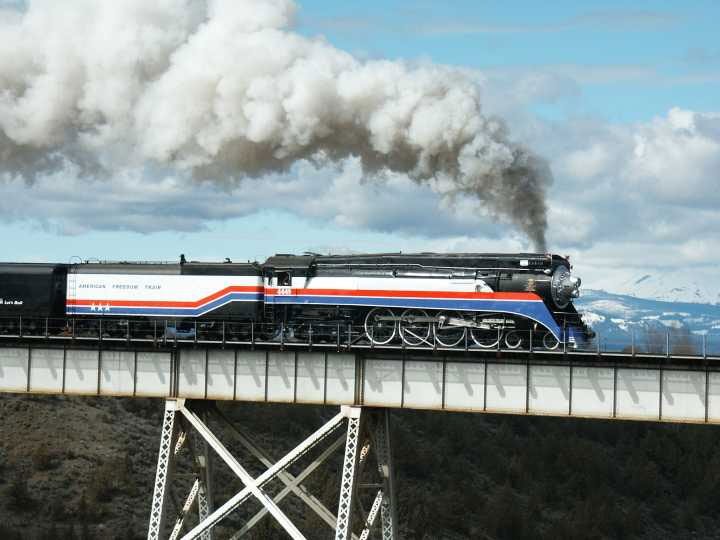 The Bicentennial seemed to be important enough for there to be a bunch of special paint jobs. I was also a fan of the AT&SF’s bicentennial SD-45-2s. 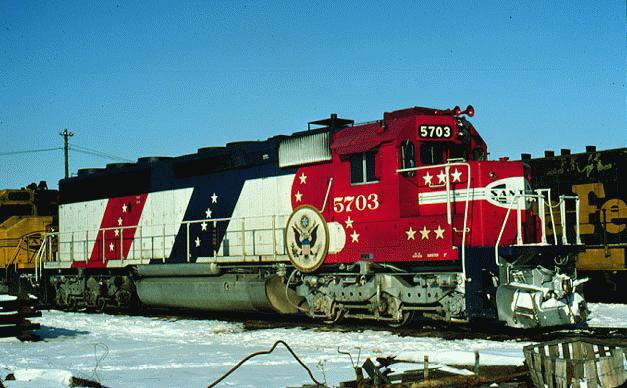 Of course, any Warbonnet is good. So, anyway, I got to thinking… Were there any special paint schemes to celebrate US independence to be found on any tanks?

Apparently, the answer is ‘no’. I have long suspected that the US Army has a bit of an institutional reluctance to the concepts of ‘fun’ or ‘colourful.’ Try finding a pin-up painted on a tank. I couldn’t as much as find, in a bit of Google Searching, a red, white and blue Jeep (Or M151, perhaps). The best I can find is this NJARNG M60, which either has been on display for nearly 40 years, or did not get its patriotic colour scheme until much later. 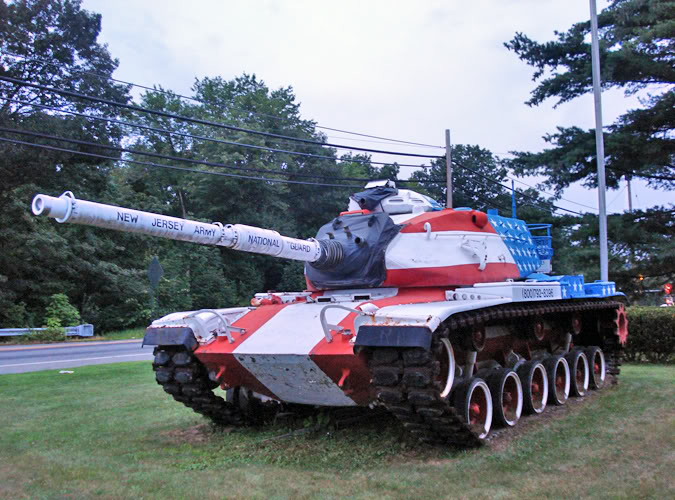 (Photocredit: Some guy on advrider forum)

Our counterparts over in the aircraft world, however, have proven much less reluctant to paint up their airplanes, though it does seem that the bicentennial was the only trigger for the red, white and blue colour schemes. I guess that since 4th July comes around every year pretty reliably, it’s not really worth commemorating by  painting up a whole ‘plane. I’m rather fond of this F-4J, not least because it’s an F-4 and is one of the coolest aircraft of all time to begin with, but the colour scheme is nice as well. 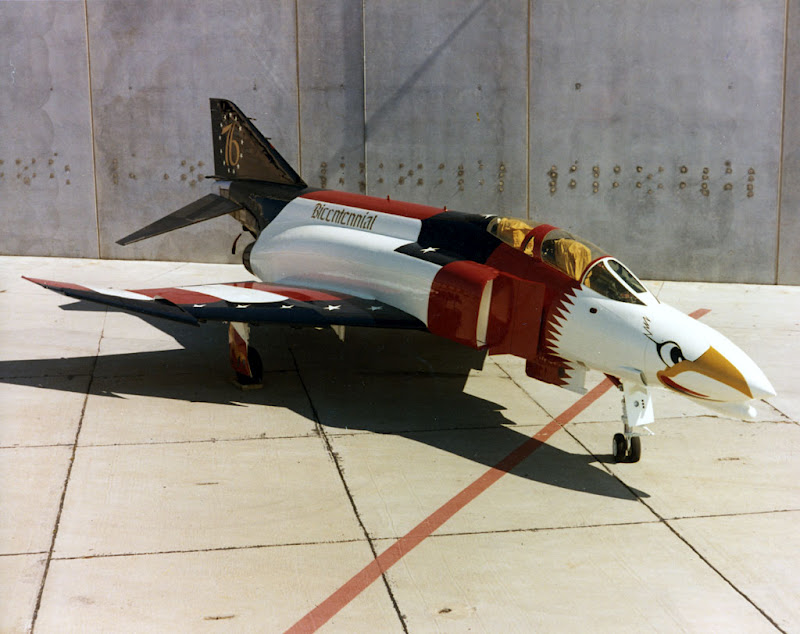 It does seem that there were almost as many different aircraft schemes as there were locomotive schemes. Some are more famous than others, this F-15 being one of them. 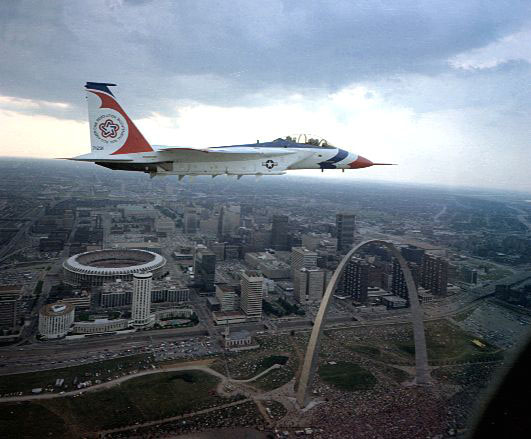 Probably the most eye-catching was this Delta Dart of the Florida ANG. Most any aircraft which got a special Independence colour scheme seemed to have been selected because it had ‘76’ in the tail number somewhere. They make sure it's obvious here! 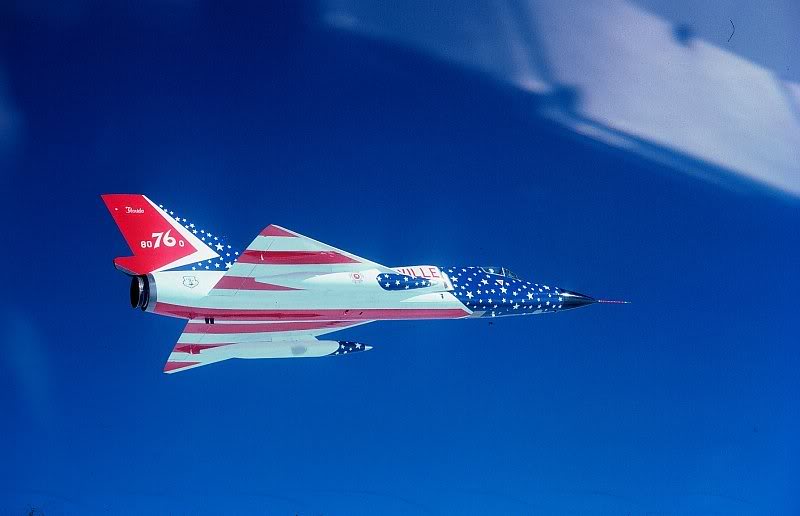 Or you could go the easy way... It seems that to 'Bicentennialize' this Cobra, all Northrop did was add the bicentennial flag to the tail.

Another favourite aircraft of mine is the F-111. This one was based in the UK and toured Europe a bit. 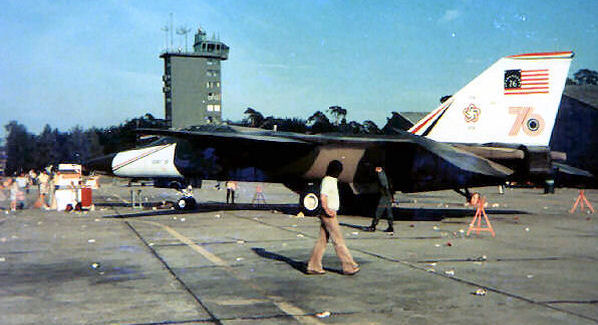 OK, maybe I like all airplanes. But the SLUF is also up there…

Even the munitions are in a celebratory colour. Be cheerful while you bomb! Hasegawa made a model of that one, if you can find it. Support aircraft were not beyond being painted up either, though given the massive amount of ‘canvas’ provided by the radome, painting up something like an E-2 is a bit of a cheat. 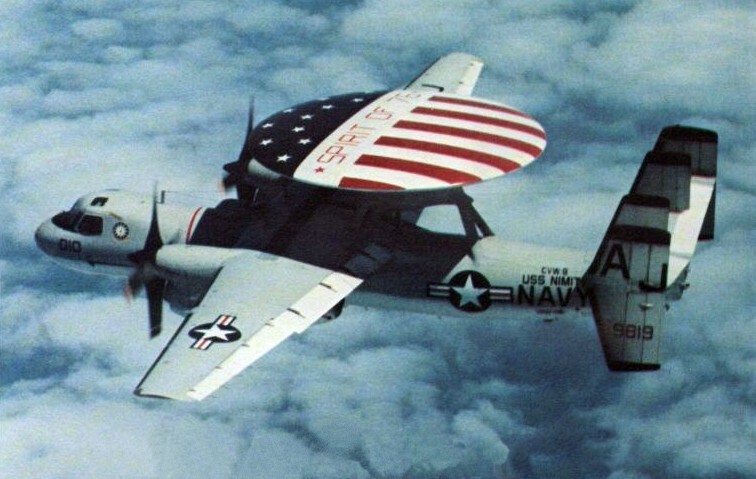 Speaking of models, there’s a decal sheet out there of a P-51 Mustang in a bicentennial scheme, but I can’t seem to find a photo of the real thing. So, I’m going to finish off with this rather elegant Viking.

Now, I’m not saying that the US Army didn’t paint up an AH-1 or something, and in fairness, the Canadians did form an entire air display team for their Centennial in 1967… 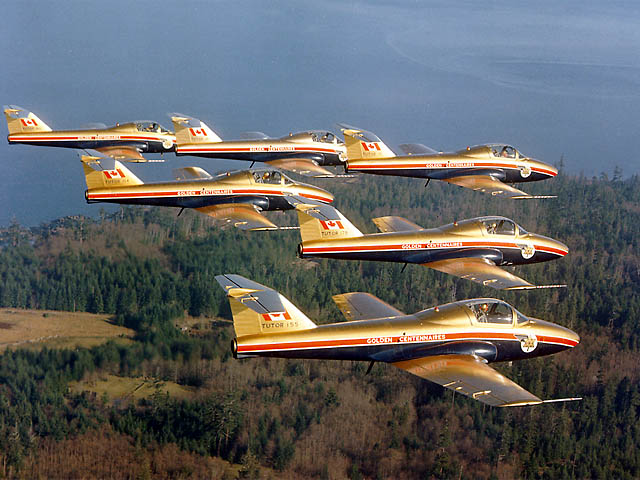 but it does seem that by and large, celebrating the national holiday by painting up major end items does seem to be the domain of the US military’s jet operators (and railroads). I’ll be pleased to be proven wrong. 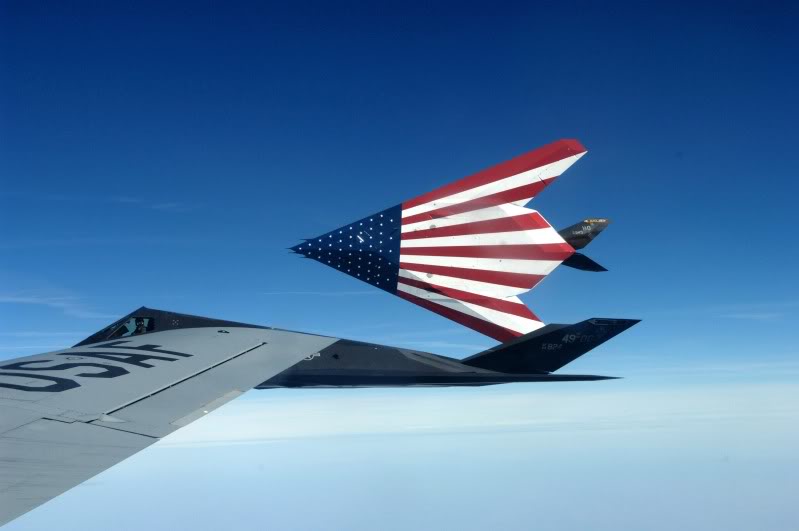