We’ll be returning to our regularly scheduled military interest discussions shortly, but I have to put a brief personal note up.

I’ve had quite an interesting couple of weeks, topped off with Operation Think Tank.

The idea for such an event came, as these things always do, when Ken Estes, a mutual friend and I were sitting around a table in a public eatery having a chat over a bit of alcohol. Somehow, and I will probably never remember how it was it came out of a discussion of all the weird and wonderful things we think of, somewhere just after discarding the idea of setting up an independant dictatorship one of us came up with the idea of having a Q&A panel session on tanks.

So I pitched the idea to the boss, and he must have either been in a good mood or too tired to think, as he allowed me to run with the idea. To my delight, most of the authors I invited were both available and willing to try out this idea. As far as we know, nobody has ever tried it before. Maybe everyone else knows something we don’t, but hey, giving it a go has got to be fun!

There were, of course, doubters. Surely nobody would be wanting to listen to a panel talk about tanks for four hours. And then spend another hour or two looking at tanks in the museum! “Trust me”, says I. Famous last words, though those often are.

Fast-forward a few months, and people started getting off airplanes. While much of the office were off engaged in GDC business (or parties) over the last week, my European counterpart and I instead spent several days in the company of some of the nicest and most knowledgeable people in the field of tanks that I have ever had the privilege to meet. 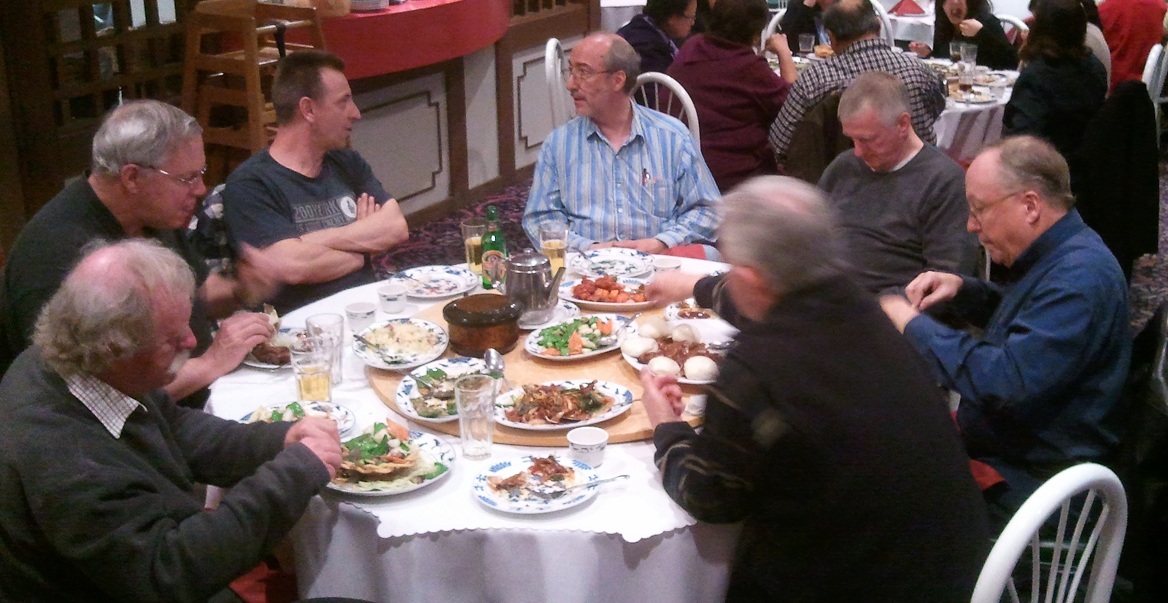 Clockwise, from the empty chair near the camera: David Fletcher, Ken Estes, Challenger (Wargaming EU), Harry Yeide, Rob Griffin, Steve Zaloga, Hilary Doyle. I know people who would kill for the dinner conversation. (I also know some wives who would beeline the other way.) It's also an incredibly humbling experience: I like to think I know a lot about tanks, but I'm just in the amateur class compared to people who have been at it for longer than I've been alive. (Not trying to make them feel old, mind)

The day before the event, we went up to the MVTF museum to have a gander on our own time. I don’t think Steve’s feet hit the ground between the van and his diving into the StuG’s crew compartment. By the time I found Hilary, he had the kneepads on with pen and measure handy as he was dimensioning out the trail arms of a PaK-40. Harry, of course, went for the TDs, while Rob and Challenger started reminiscing about old times in a Chieftain. David, on the other hand, seemed completely non-plussed. “They’re only tanks. I have plenty at home to play with!”

The day itself came about a bit chilly, so I’m told, but I can’t say I noticed, I was too busy having fun, and certainly too busy to take photos. 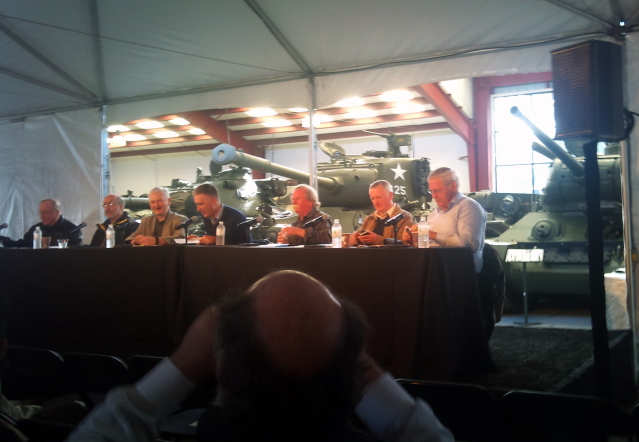 For those of you who showed up in person, I’d like to thank you all for laughing at all our jokes and generally being good sports. The recordings have been sent out for post-production which could take a while (and I think they’re talking about subtitles for our European and Russian counterparts), we’ll be sure to let you know when we put them up online for everyone to watch.

In the meantime, I’d like to thank all the support staff and the authors for their efforts in making this a success. I think you’ll be pleased with the outcome.