I do not always make the best decisions in life. 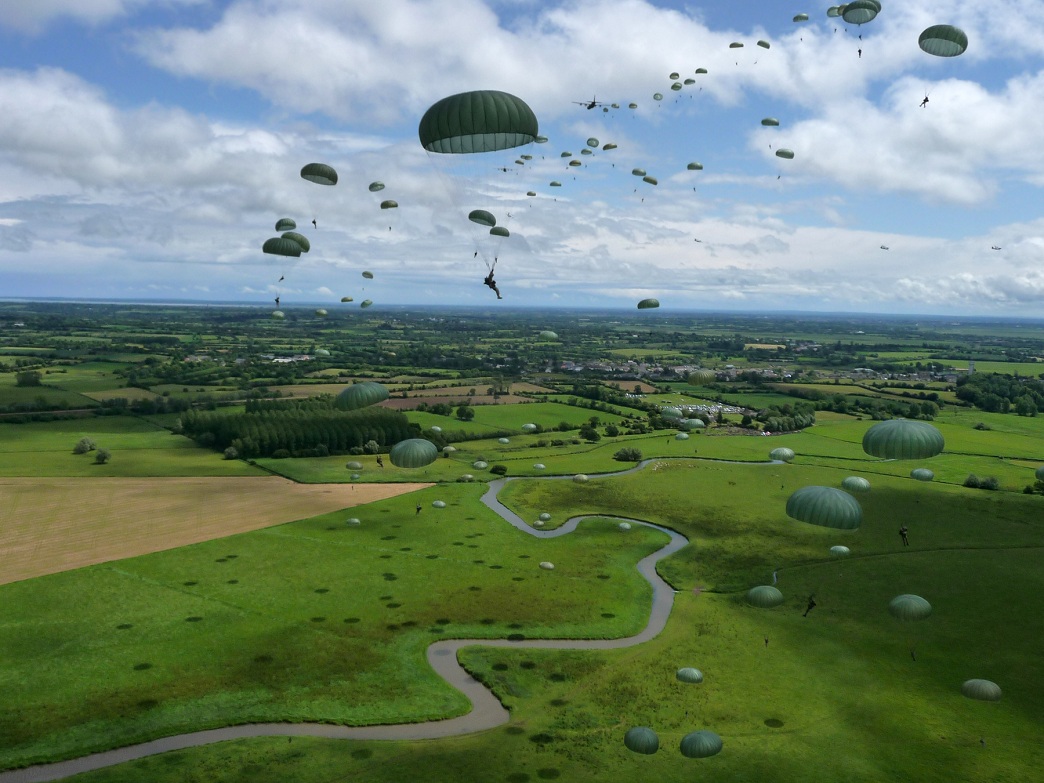 One of these more questionable decisions was made many moons ago in the late 1990s, when I was young, foolish, and did not know then what I know now. It started with a telephone call from a good friend of mine, also in the military, but he was infantry.

“You sure? Think about it. Jump wings on the uniform”

And so, for no good reason whatsoever, I, at the time a cavalry dismount, signed on to go jumping out of perfectly serviceable aircraft. The foolishness of this decision, however, was not brought to my attention until a conversation with one of my (younger) sisters some time later.

“But you’re afraid of heights”

This is no small issue. I will refuse to get on a Ferris wheel, let alone something high and scary like a roller coaster. Won’t go near a bungee jump. That ride that they have at the Stratosphere in Las Vegas where they dangle you off the edge of a skyscraper and whirl you around at 3g is a fate pretty much worse than death to me. (That said, I have no issue climbing the Eiffel Tower on the staircase). 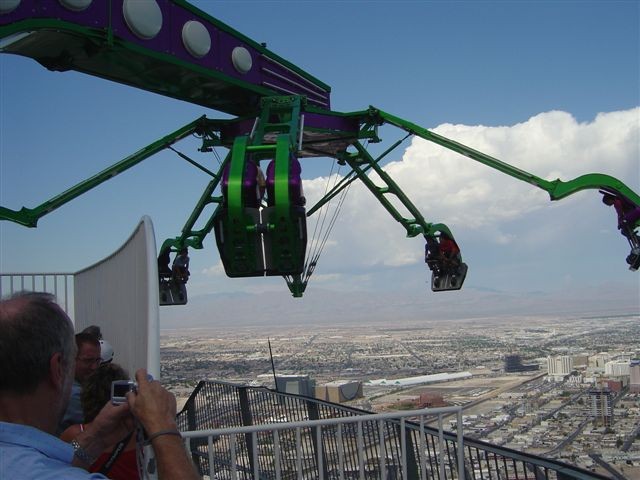 However, too late to change it. So off I go.

In fairness, the trepidity seemed to vanish for the first part of jump school. Lots of bruises from practicing the landings, but it was all good natured and rarely involved going more than a few feet off the ground. Then it came time for the jump. I have a photo at home somewhere of the pre-jump line-up, with packs at our feet, and I’m looking decidedly uncomfortable. When it’s time to load, I’m first in the airplane. Mainly to ensure that I’m last off. But as I get in, I have this niggling thought that I’m not going to be walking off the aircraft at the other end. I’m going to be breaking the golden rule that Airplane/T=L where T equals number of take-offs where L equals number of landings. Can’t quite explain why, but this sortof disturbed me.

Anyway, as we’re sitting down on the way up, sharing all those fake smiles with each other (except for that one guy over there, he looks far too eager. He must have issues) I’m beginning to think “This may not have been a good idea”

The command comes to stand up, hook up. This gives me the first opportunity to look out that tiny little porthole. It’s a long way down. My thought process has now migrated to “This was decidedly not a good idea.”

Then the door opens, jumpmaster is now looking out with the wind blasting in. Stress levels increase dramatically. Then the first man in line goes to the door and…. “GO!”

Quite literally, now, people are vanishing into thin air. There were ten people in front of me a few seconds ago, now it’s down to five. “OK, this was a bad idea” as I shuffle forward. Then, finally, I’m at the door, turn right, look to the horizon, hands at the frame, and nothing but air under my toes. “This was a BAD *beep*ing idea!!!”

“Awww heck…” and out I went. Surprisingly good exit, if I say so myself. Training indicated that I should count and at four, look up and check parachute. What actually happened was that I was screaming out in sheer, abject terror “ONETHOUSANDTWOTHOUSANDTHREETH-OOF-OHTHANK*BEEP*I’MNOTGONNADIE!” Not even a twist in the rigging, and it must be said, the ride down from that point was rather relaxing.

Of course, that was just the first. I’m firmly convinced that the second time is worse, because you know what’s coming.

By the time we got to jump number three, we had started to divide into two camps. Those of us that liked it, and those who didn’t. I recall one MP who loved it so much, he would insist on being the first man out, so that he could stand at the door at the edge of the abyss for a while until the ‘Go’ came. I was not in his camp. At the other end, another lad, who had a pilot’s license and ironically, if memory serves, was in Air Defence Artillery, evidently felt so strongly that being at the controls of the aircraft was sufficiently better than jumping out of it that he simply quit. Sheer force of will got me out of the airplane the fifth time. I proudly proclaim myself to be what I believe to be ordinarily the derogatory term of “Five-Jump-Chump.” Glad I've done it, but Never Again. I eventually found myself in tanks, and seventy odd tons of metal is decidedly as far the other extreme as possible from such activities. Why someone would forgo the tanks to go do that jumping-out-of-airplane stuff is absolutely beyond me. But if they like it, more power to them. It’s certainly not for me.

Of course, I fully understand that there are those who fail to see the sense in roaming around the battlefield in what is one of the highest-priority targets going: a two-and-a-half meter high metal monster which is pretty hard to miss. Thus exists the traditional (usually) friendly inter-branch rivalry: DATs vs Crunchies vs Dropshorts vs Mobile Traffic Lights, everyone picks on supply who responds that without food fuel and bullets the rest of us are without purpose, and so on  and so forth. We even have it here, the chap in the office next to me (head of support) was Mech Inf and so we have the occasional sparring match. Inevitably though, sometimes it gets a bit out of hand, and some people take this a bit too seriously, forgetting that we’re all on the same side and interdependent.

So anyway, this is all a bit of a roundabout way of setting up a poll. As I’ve been browsing the fora, and looking at the responses both to my Hatch articles and some of the other threads out there, there are a higher percentage of people with real-world experience than I had initially anticipated. I’m curious to see the makeup of the players… or at least, the people who read my articles!

So, your options are:

1)      “Mech background”. Tanks, Amoured Cav, Mech Infantry, you know something about tracked vehicles and their combat use.

2) "Military, other combat arm". (We'll use the US Army definition for simplicity)

4)      “I religiously watch ‘Greatest Tank Battles’ on the Military Channel”: Enthusiasts who know more than the average person about tanks.

5)      “Military, other, and I also religiously watch Greatest Tank Battles.” For those who fit into both 2 and 3, obviously.

6)      “Enthusiastic Learner”. Basically everyone else, probably playing the game because it’s just good fun and tanks are cool.

Also, there's a subsidiary question on your gaming background. To be honest, there’s also a slightly serious point to the poll. As far as I know, we haven’t actually taken a customer base survey yet. A better idea of who we’re dealing with may help us better tailor to the client needs.

Anyway, go ahead and click the ‘add comment’ button below, and fill in the poll it brings you to. You don’t need to add a textual explanation, but can if you want. Maybe old friends will meet up.