As you’re driving along I-74 a little West of Indianapolis, you may happen to see on the little sign advertising ‘attractions’ just before one of the off-ramps a picture of a tank, with the words “tank museum” under it. Crawfordsville, IN, is a rather unusual place to find a tank museum, but there’s one there. 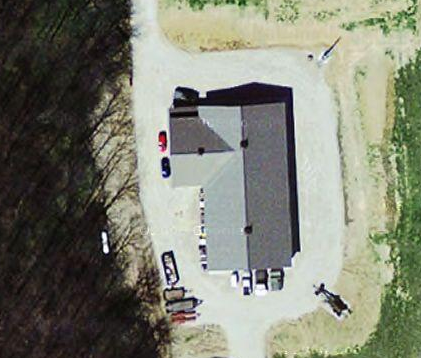 The Ropkey Armor Museum is owned and run by Mr Fred Ropkey, a former Marine tanker who has been collecting large weapons, judging by the newspaper clippings in the museum, pretty much since before he was authorized to drink. (When did the 21-year-old age limit come into effect anyway?). Back when things like tanks were a tad cheaper, he started collecting and restoring them. Some has been sold on again since, but most of what is left is now on display in what is effectively a barn in his back yard. 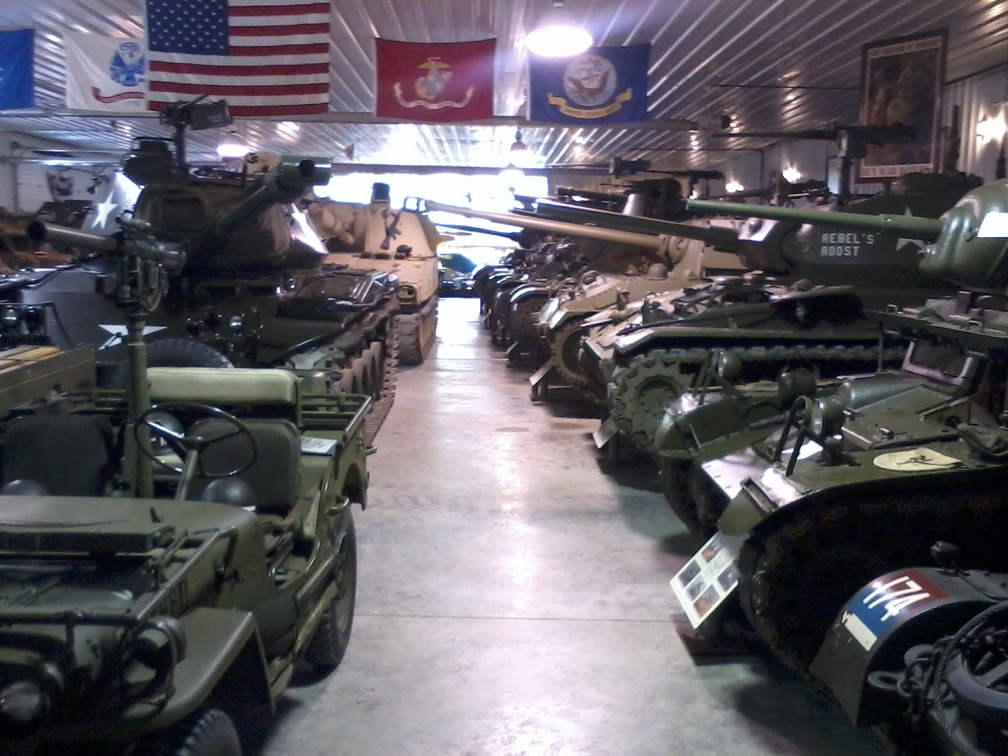 As you can see, he crams a lot of stuff into a small space. The website states that it’s open most every day for people to drop by, but as it involves his walking down his back yard to open the door, it may be a good idea to just telephone ahead of time to make sure they’re not on vacation or something. That said, he’s a very welcoming chap.

The first problem is trying to actually find the place. With the aid of written directions, I still got thoroughly lost, and probably scuffed up the paint on the rental by driving a mile and a bit on gravel trails. There is actually a hardtop road, but I managed to miss it completely. Fortunately, there is a sign at the gate to his property, so once you’re on the right road, look for it next to the white picket fence. 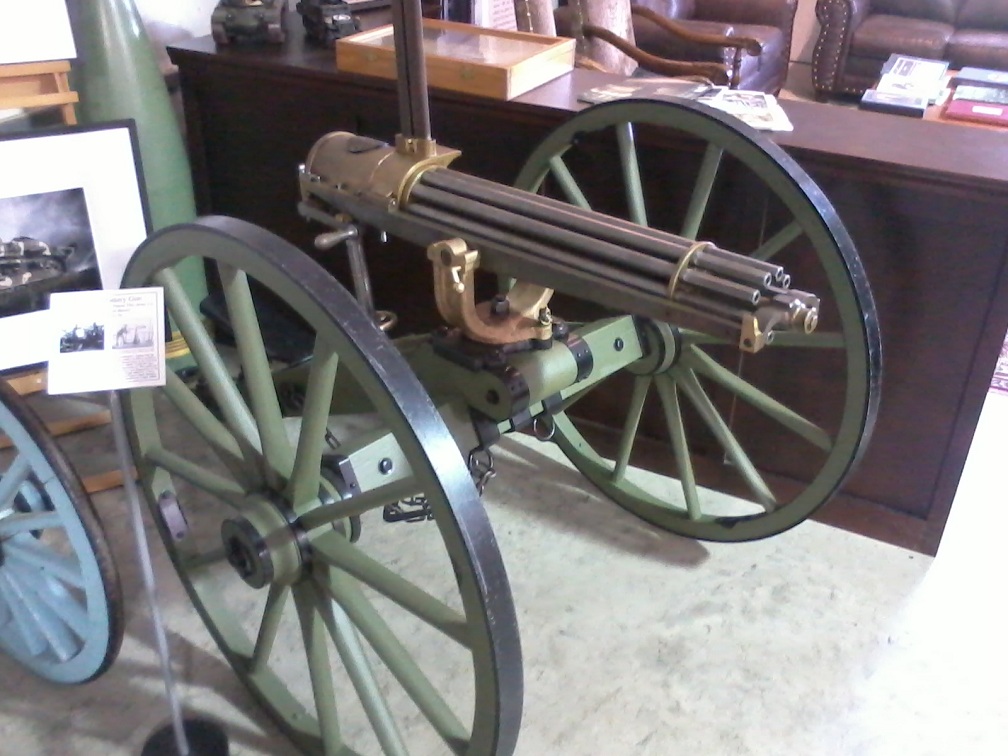 So, what’s in here? Well, mainly tanks, of course, and mainly American ones at that. He seems to have a definite preference for it. That said, he does have some other random stuff like the above Gatling. There is a little reading area at the top of the shot, which has some nice comfy chairs, and a number of books and photograph albums to peruse if you want to take the weight off your feet while surrounded by armour. 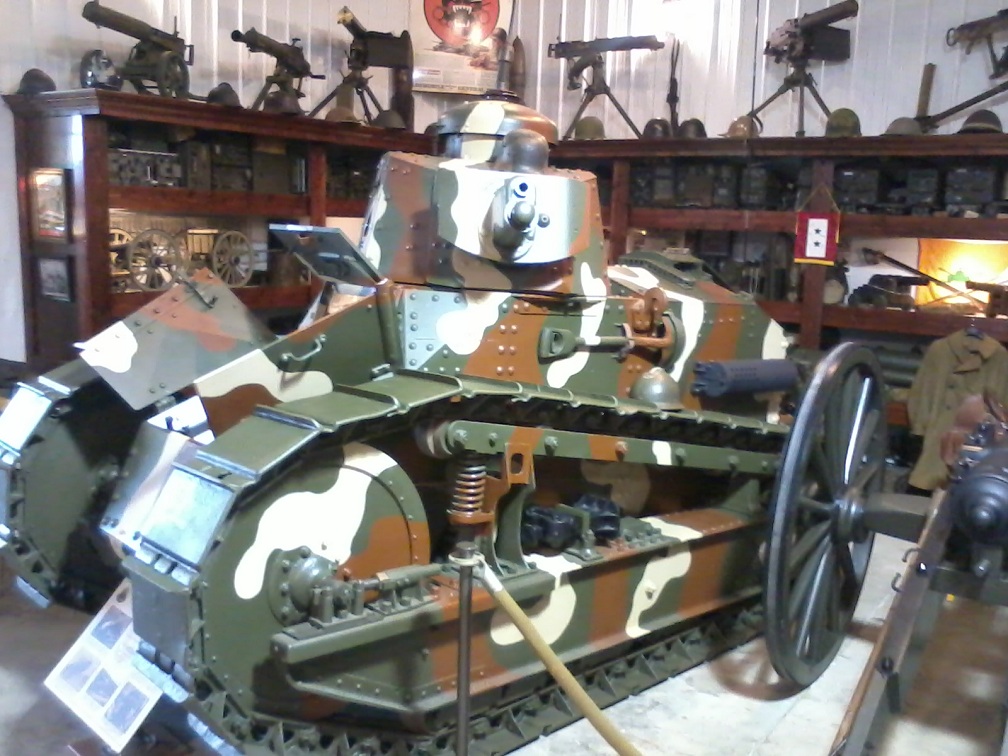 It must be said, this thing is in absolutely fantastic condition. Not all the vehicles are like that, but more than not are in great condition both inside and out. That said, it’s not the oldest armoured tracked vehicle there, he seems to have acquired an armoured Holt tractor. Complete with Chauchat. 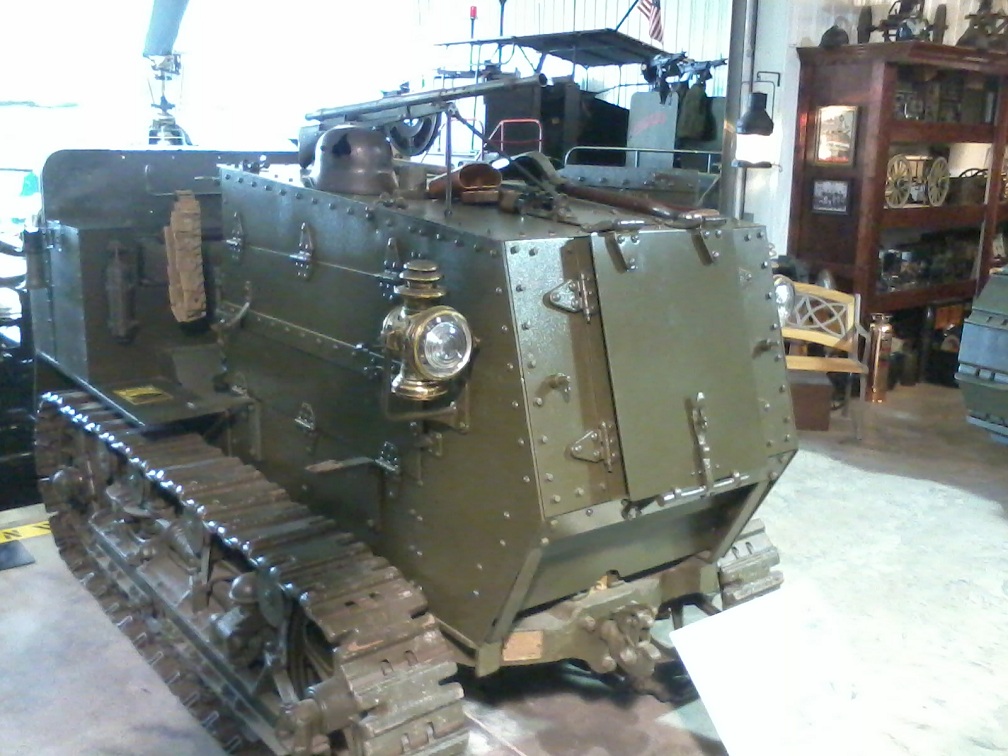 And yes, that is a PBR sitting in the background. At the other end of the scale, the most modern vehicle in the collection is the M109, also in reasonably good nick. 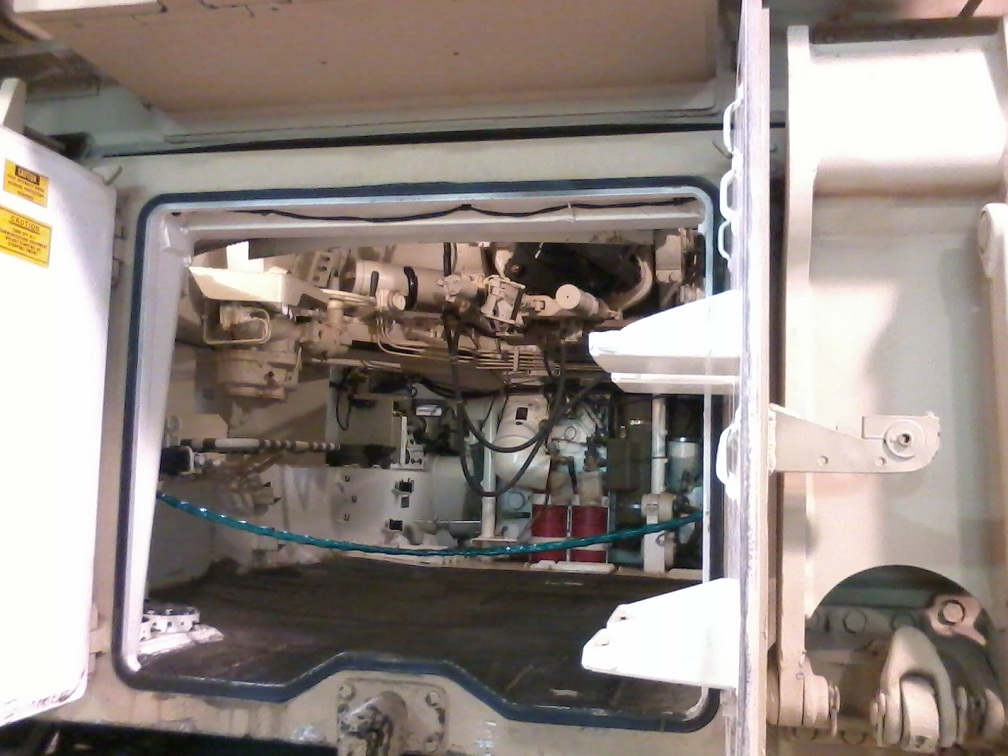 Most of the vehicles appear to be operational, indeed Mr Ropkey cranked over the M4 for us since we were there.

One of the exceptions to the ‘Mainly American’ rule is this little chap, the Shinoto Chi-Ha. 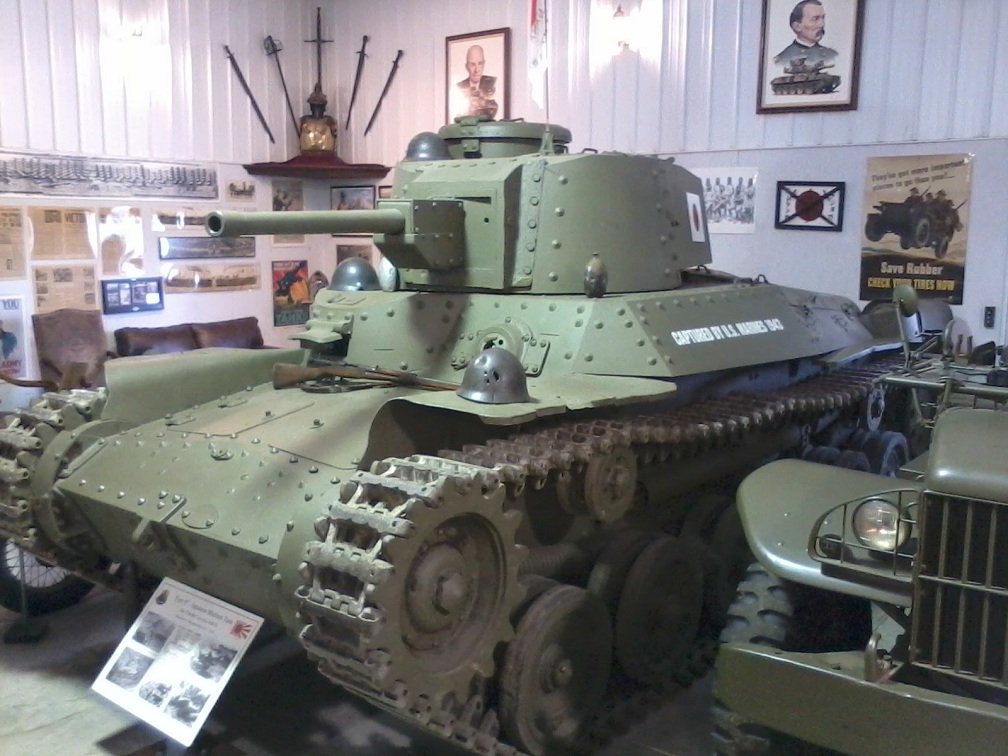 Finding Japanese tanks is something like finding a Lancia Beta that is still roadworthy. There are some out there, once in a blue moon you’ll see one. Indiana is one of those places one would not ordinarily expect, but there you are. Sadly, I couldn’t get close enough to it because of all the other stuff around it to be able to shine a light inside to inspect the interior, but I have a suspicion that the inside is not quite in as good a condition as the outside. 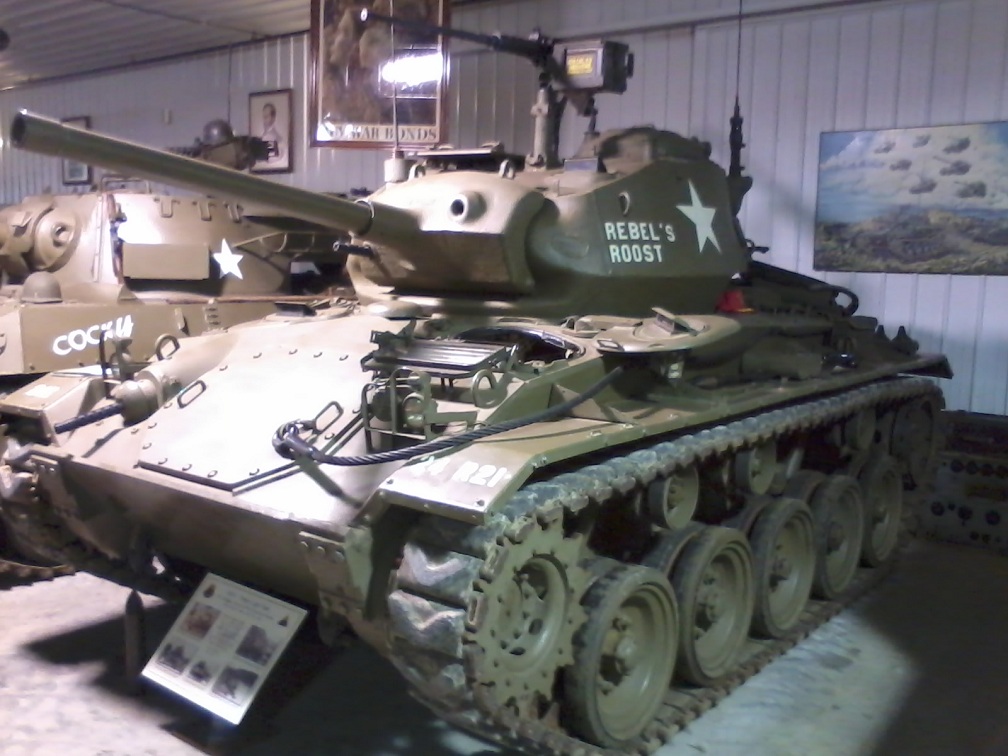 It’s amazing how many M24s are painted up as “Rebel’s Roost”.. You’d think it was a famous tank or something. (It was the first US tank to see combat in Korea). I wonder if the real Rebel’s Roost actually exists? 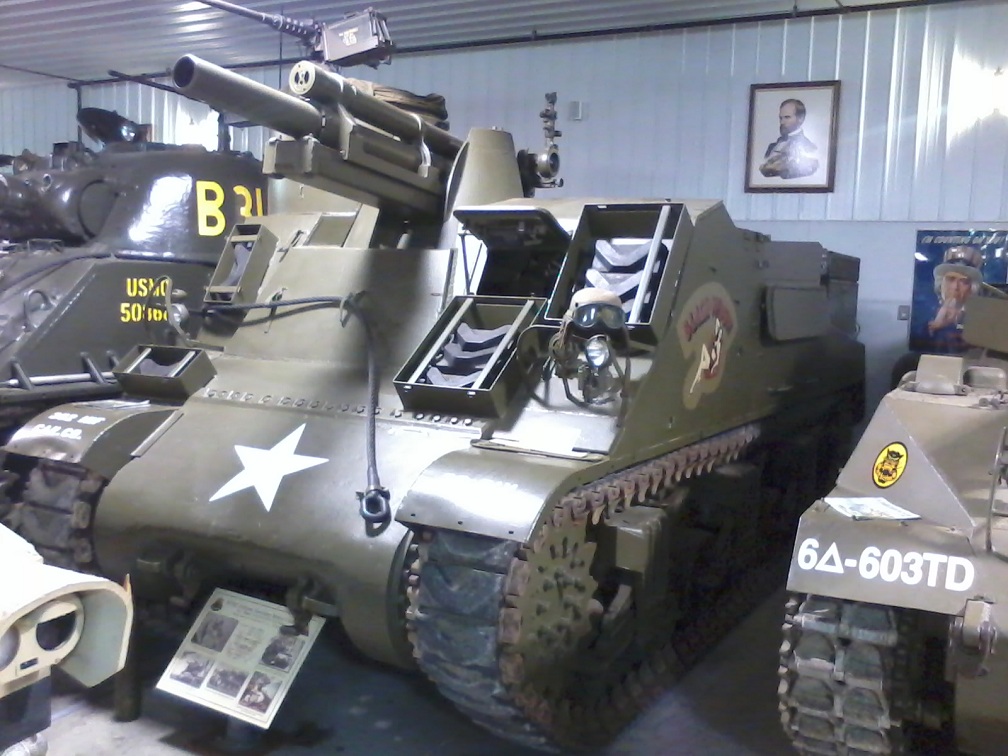 The other half of the building which, for some reason, I appear not to have photographed, is a lot more open and contains mainly non-tank stuff, including a couple of airplanes and an Iroquois.

A date to note is the annual regional MVPA chapter meeting. It’s held at the museum the weekend of the 21st Sept this year, check the museum website for details. 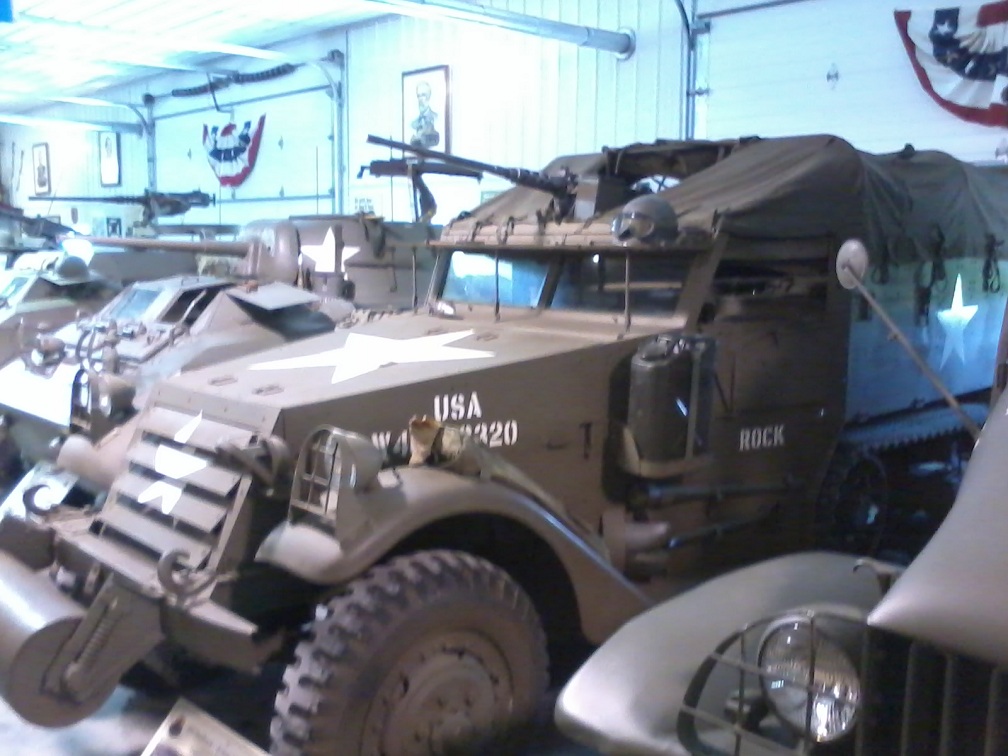 The museum isn’t so much a museum per se, it really is just the collection in a chap’s man-cave who is generous enough to share his collection with the general population. There is no cover charge, he really is sharing this with us out of the goodness of his heart.

We certainly aren’t talking Bovington here, and I wouldn’t necessarily fly to Indianapolis specifically to see this: There’s not much on display that can’t be seen elsewhere, but it is in excellent condition, and face it, what’s better to see in the Indianapolis region? 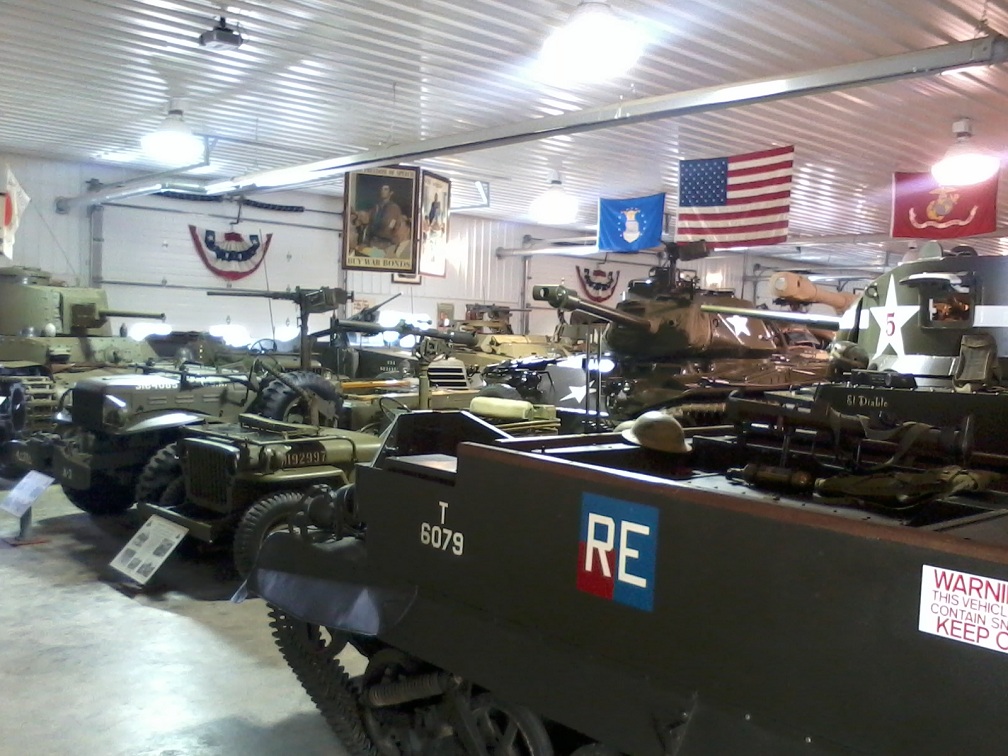