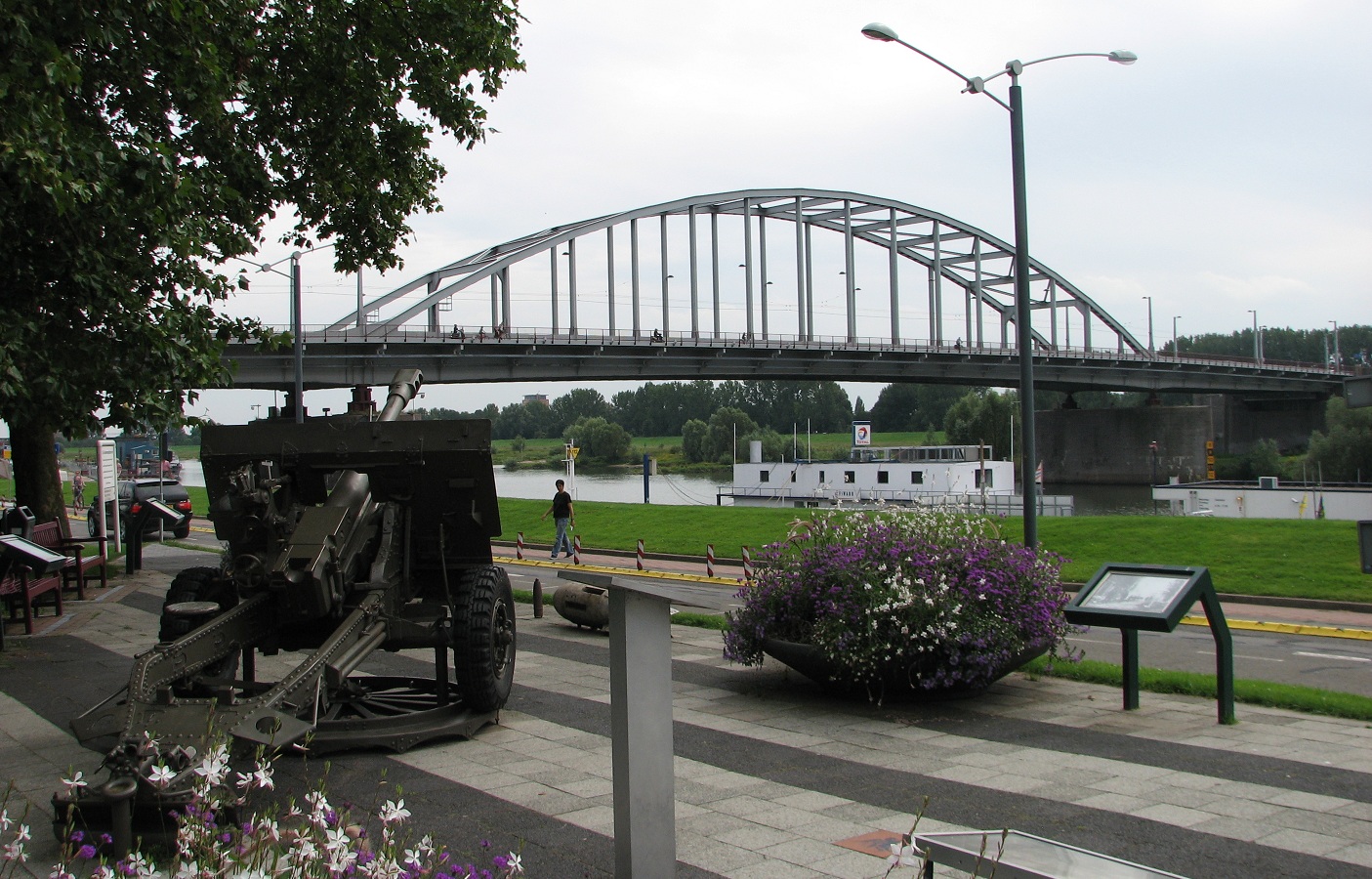 The most famous bridge in the Netherlands.

It is, of course, a well-known fact that only one battle ever occurred in the Netherlands, and that battle occurred 67 years ago this week. Famously known as “The Battle of the Bridge Too Far”, or by people who get their knowledge from something other than Hollywood titles, “Operation Market-Garden,” this was to be the largest airborne operation ever. And the Allies didn’t even win. 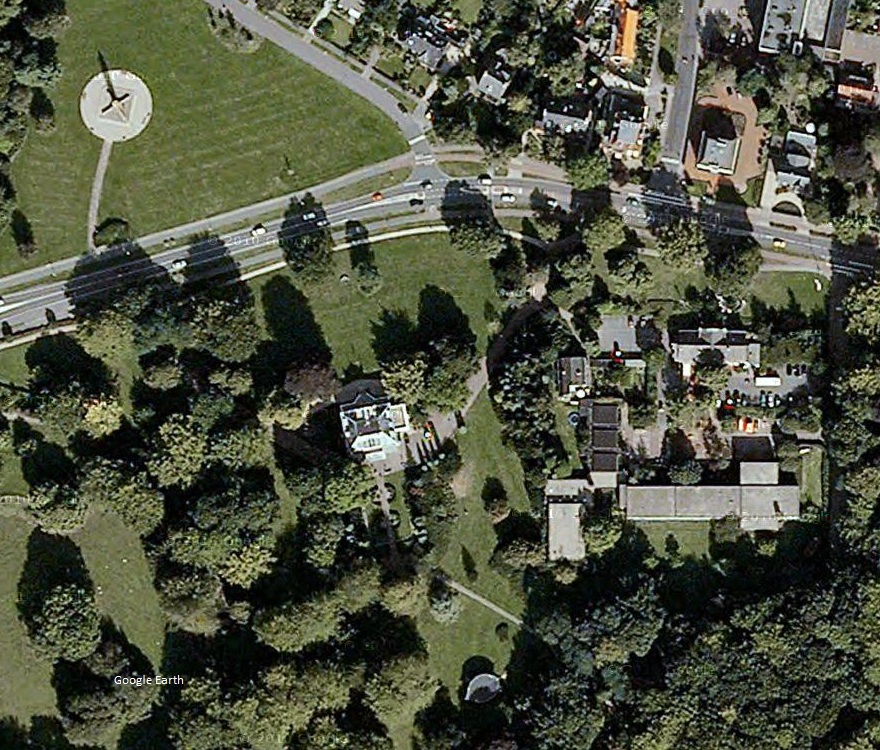 The Netherlands, comparatively, isn’t all that large a country, so the Arnhem area can be reached in only a couple of hours from either Amsterdam or Cologne. The Airborne Museum is actually located in Oosterbeek, which is just to the West of Arnhem. Driving to the museum is not hard, even after getting hopelessly lost arriving from Germany, I was able to find Utrechtsweg. The road from Arnhem is a small two-lane through town, so budget a little extra time.

You’ll know when you’re in the right place, though, you’ll see The Airborne Monument to the North of the road. 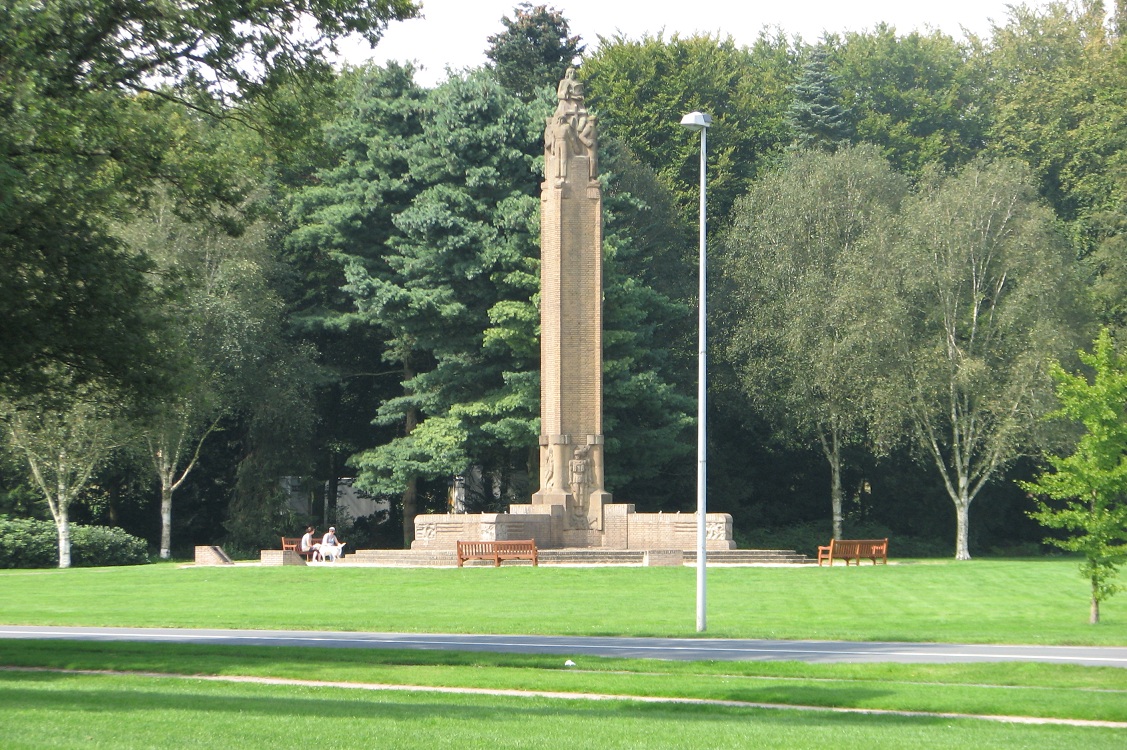 Of course, by the time you’ve seen this, if you’re coming from Arnhem, you’ve come too far, so loop around, and take the turnoff to the South. The museum is in what was the Hotel Hartenstein, used by General Urquhart as his headquarters, and the grounds have no immediately proximate parking. There is a small parking lot just to the East, however, in the complex of buildings which includes the restaurant. 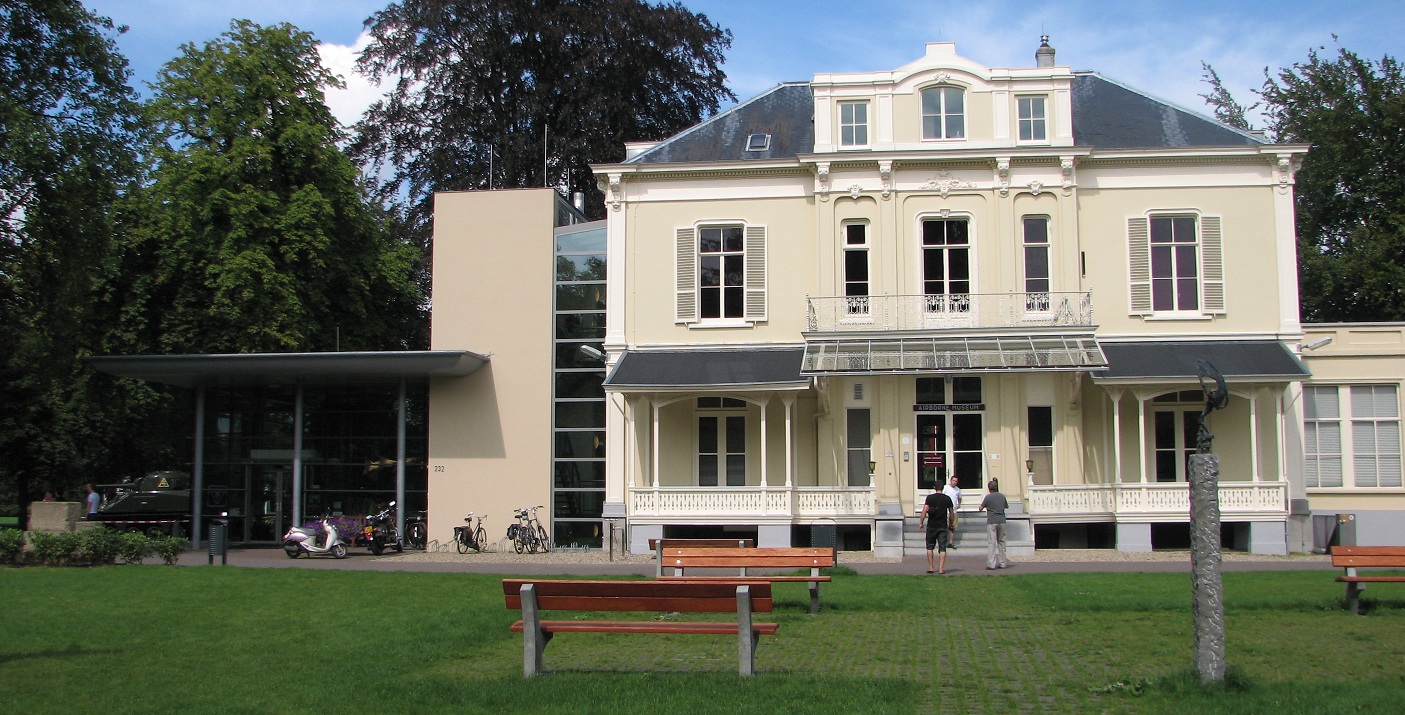 The building has been fairly substantially modified by the modern addition which contains the entrance and gift shop, and a large subterranean cavern just off the basement. Outside of the building are a couple of 17Pr anti-tank guns and a Canadian medium tank. The museum grounds are immaculately kept, and are basically a memorial park now. 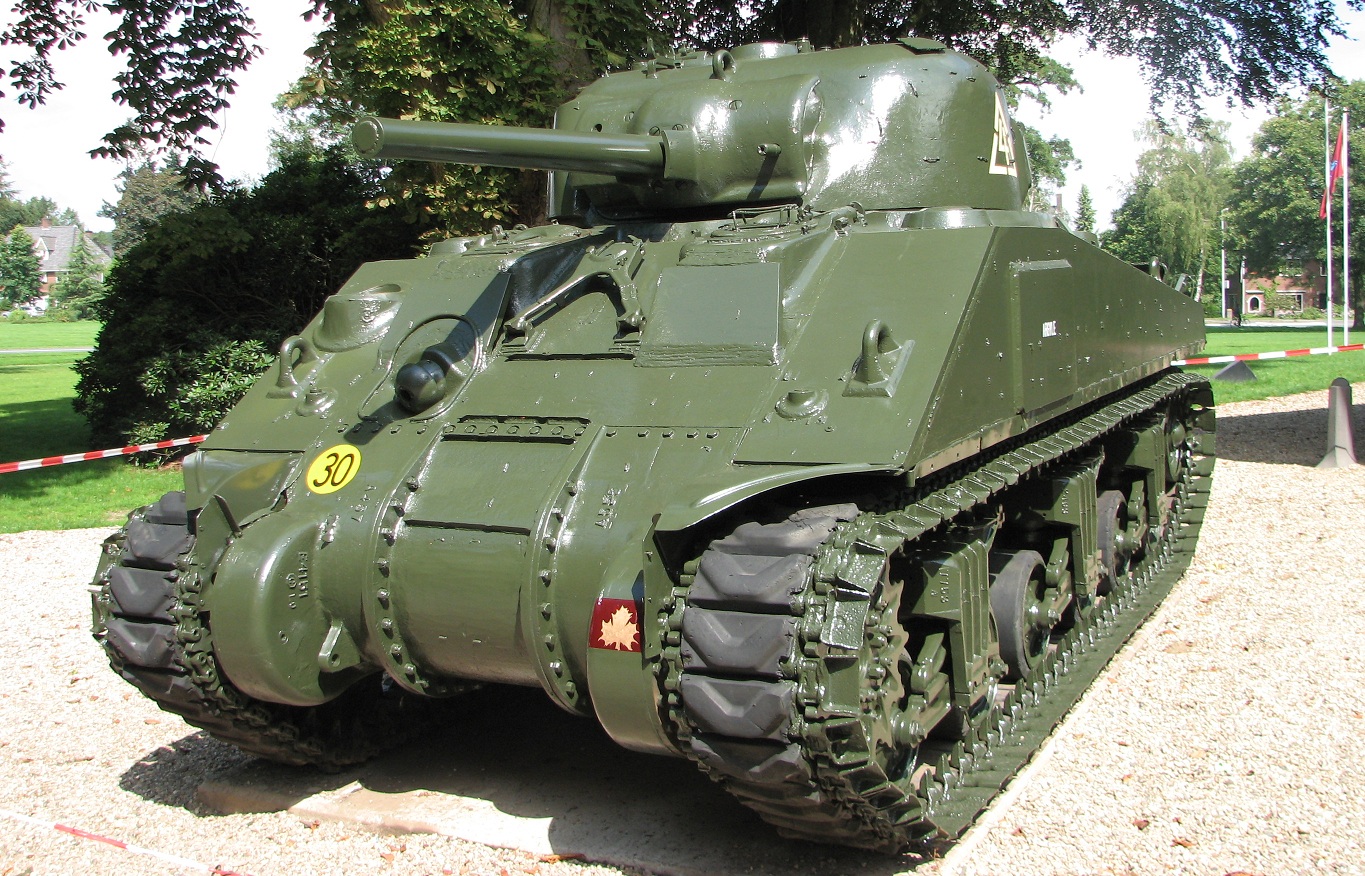 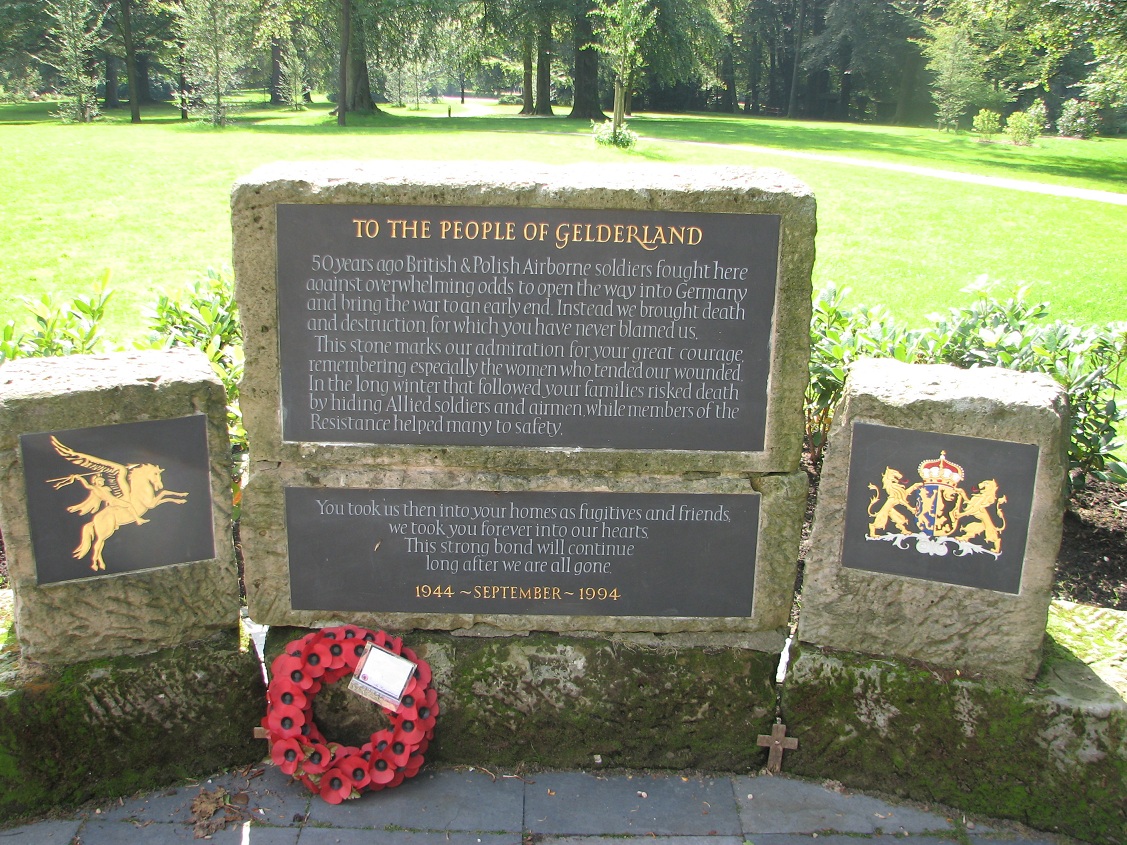 Upon paying the 8 Euro fee, one enters the old hotel structure, and up some stairs to the first room. Your route is well defined, though the building is small enough there aren’t many ways to get lost. This first room contains a ten minute video overview of the battle. The video comes with two soundtracks, English or Dutch, and two pushbuttons on the wall select the appropriate language. As a result, the first thing that happens is that you argue with the other attendees over which language you want to listen to. English usually wins as the Dutch generally have a better mastery of English than English speakers have of Dutch. Should you lose, however, there are a number of artifacts on display around the room to keep you occupied while you wait, including Johnny Frost’s bugle. 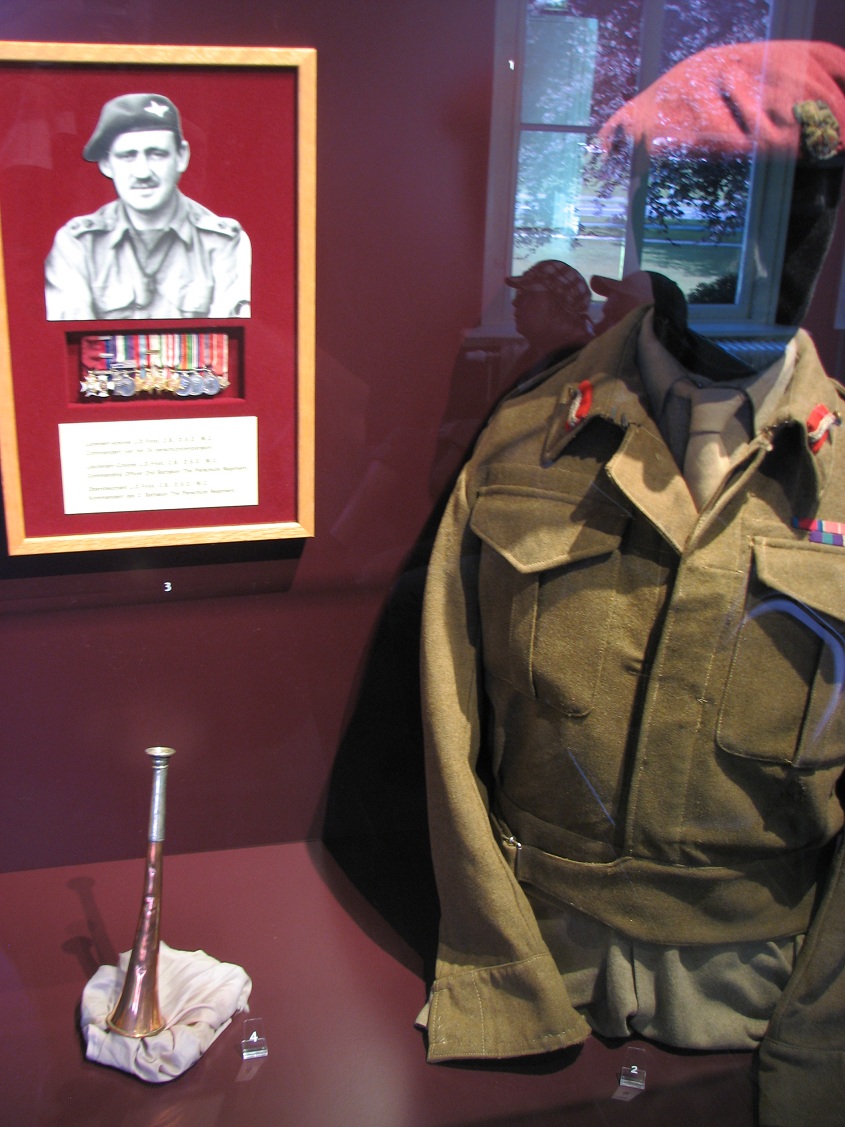 After the movie ends, you move through three or four other, small-ish rooms which contain a number of exhibits in cases, and a goodly number of personal anecdotes from the battle. 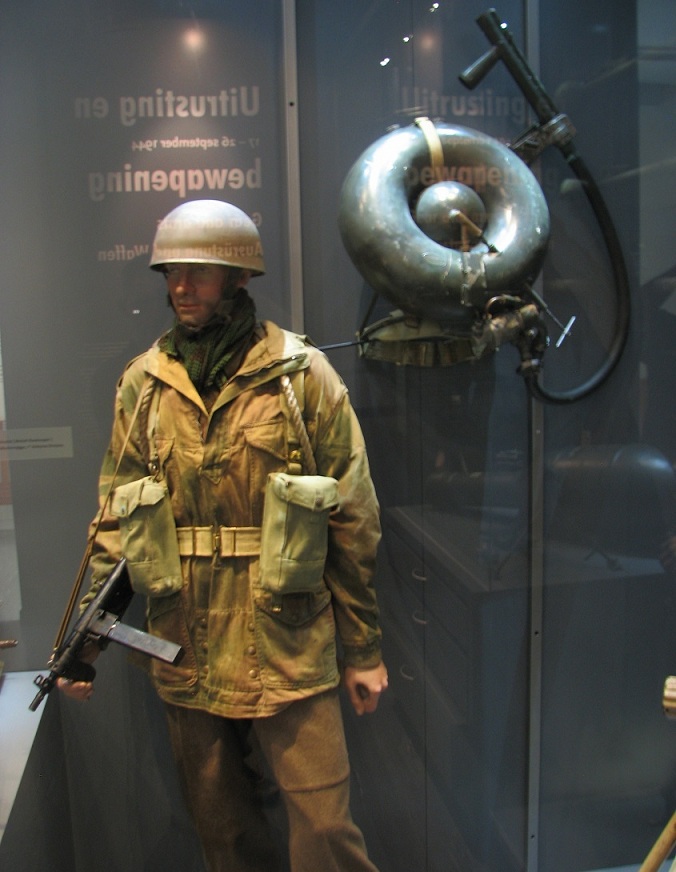 (Is it possible to look at that and not say “You’ve hit an ammo dump. You’ve hit a bleedin’ ammo dump”?)

After those three rooms, you are forced back down the stairs you came up, and then onto the next floor’s worth of exhibits. Generally either small arms, pieces of personal kit, or mementos, and more personal anecdotes. Three small rooms later, you’re forced downstairs again to the basement.

There you will see a diorama of General Urquhart briefing his men in ‘nearly’ the same location in the basement that he really did, and a few more artifacts recovered from the battlefield. 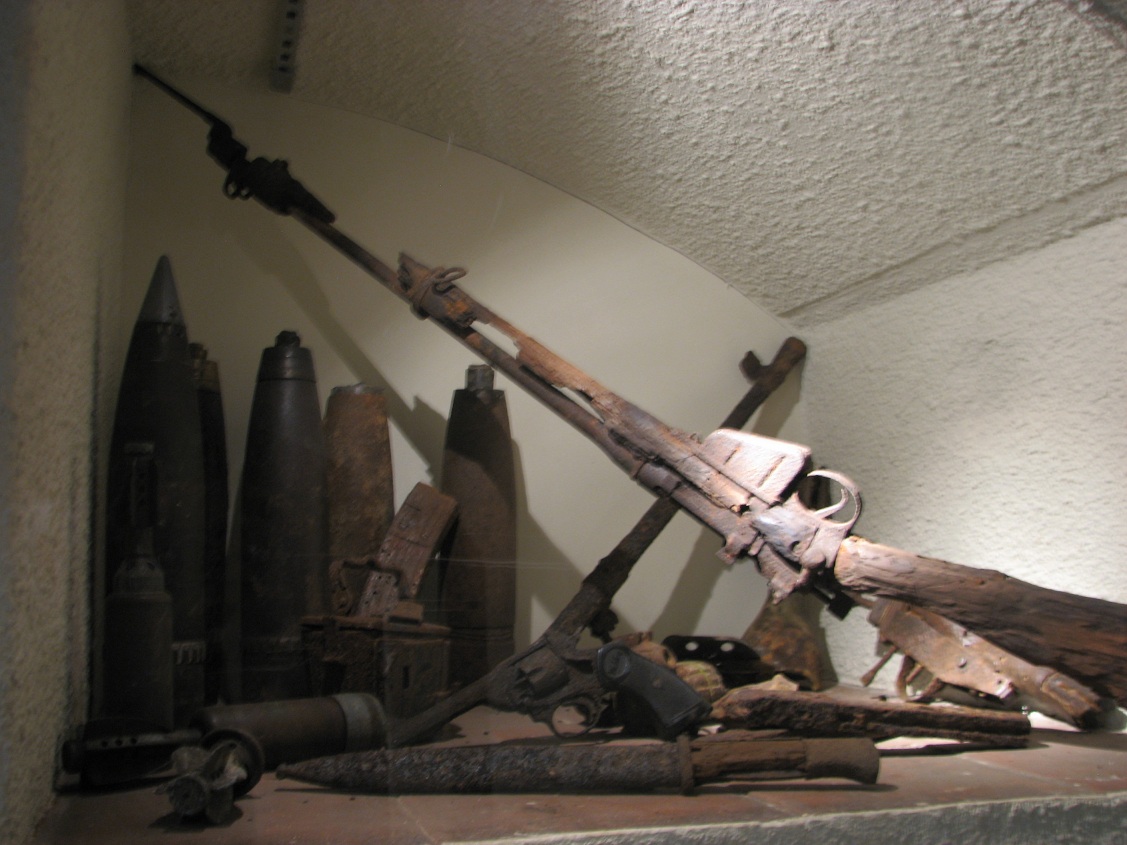 Attached to the basement is an extension, which is a rather large underground facility known as “The Airborne Experience.” Coupled with ample warnings about the disturbing nature of what lies ahead, not for those of faint hearts, and how to egress early, this seems promising. Go past a video briefing (“Any questions, Soldier?”) and into the back end of a Waco. You emerge from the Waco and onto the battlefield. 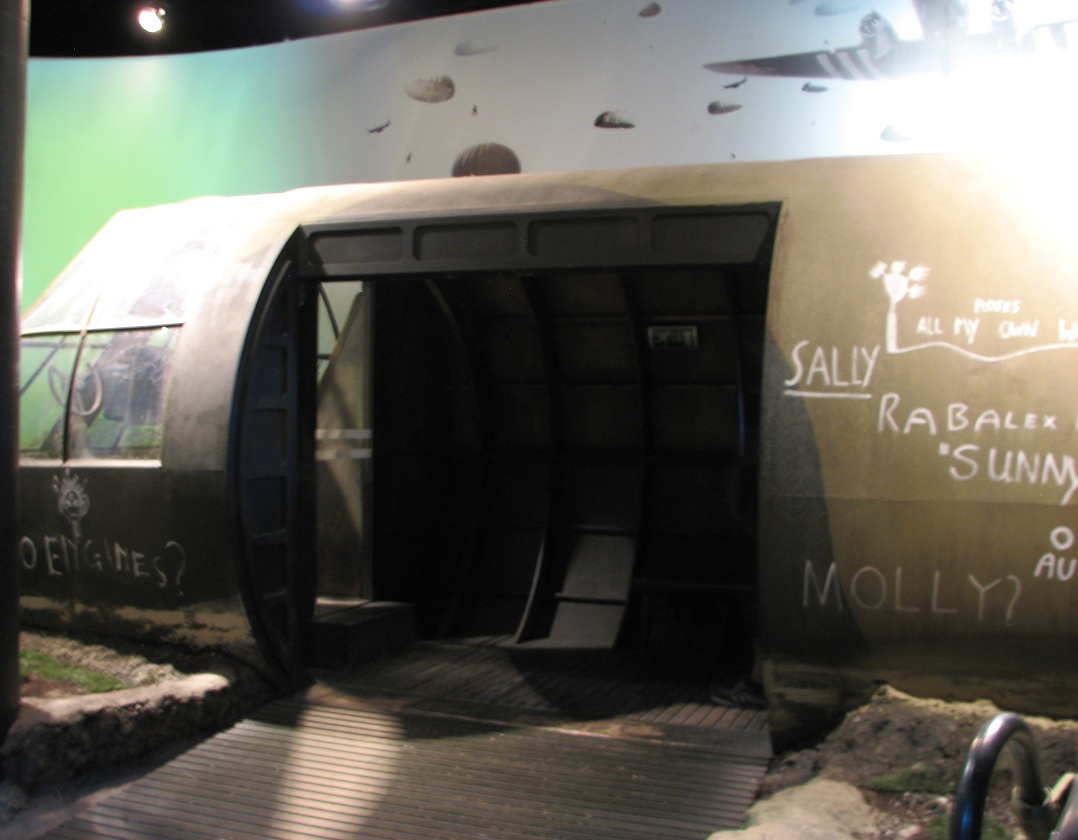 You then proceed to walk, in a calm, unhurried, and decidedly unexcited manner through a series of dioramas of the battlefield. I have no idea if anything was supposed to happen and it just wasn’t working that day, or if I was just oblivious, but it seemed to me to be a bit of a let-down, really. 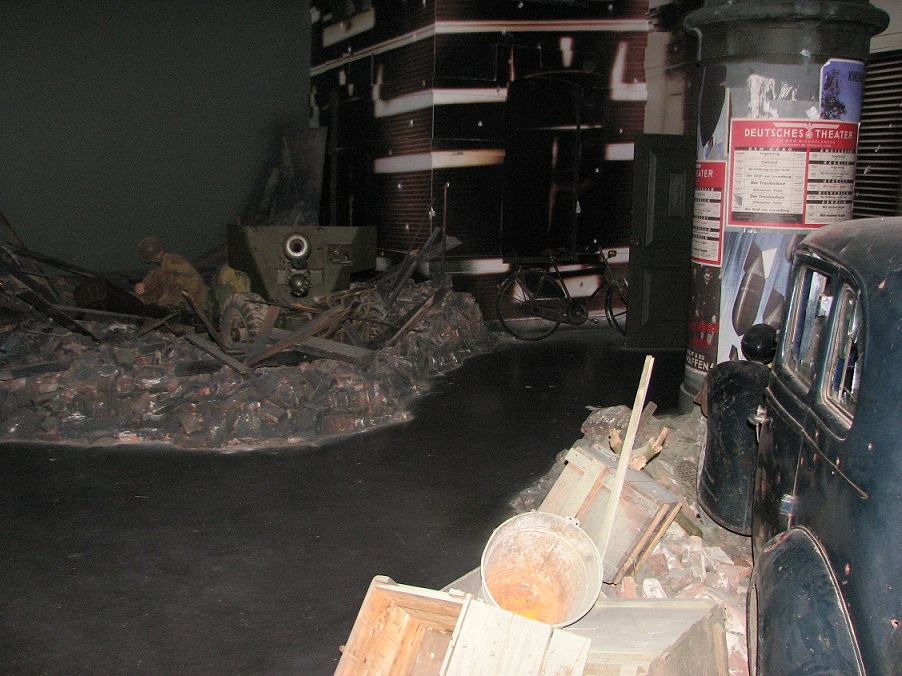 From there, back up the same staircase, out the gift shop, and back to the outside world.

The museum’s website claims to be the Netherlands’ only battlefield museum. I’m not sure what Overloon has to say about that, but it is one of the few battlefield sites where as you go through it today you can gain a bit of an understanding of what it was that the soldiers went through in 1944. As you drive along the road back to Arnhem, bear in mind the animation you had seen in the movie as you look at the terrain and you understand just how much of a challenge the British forces had been handed.

At the bridge itself (Just keep taking the roads closest to the river), you’ll find a small industrial-looking building as follows: 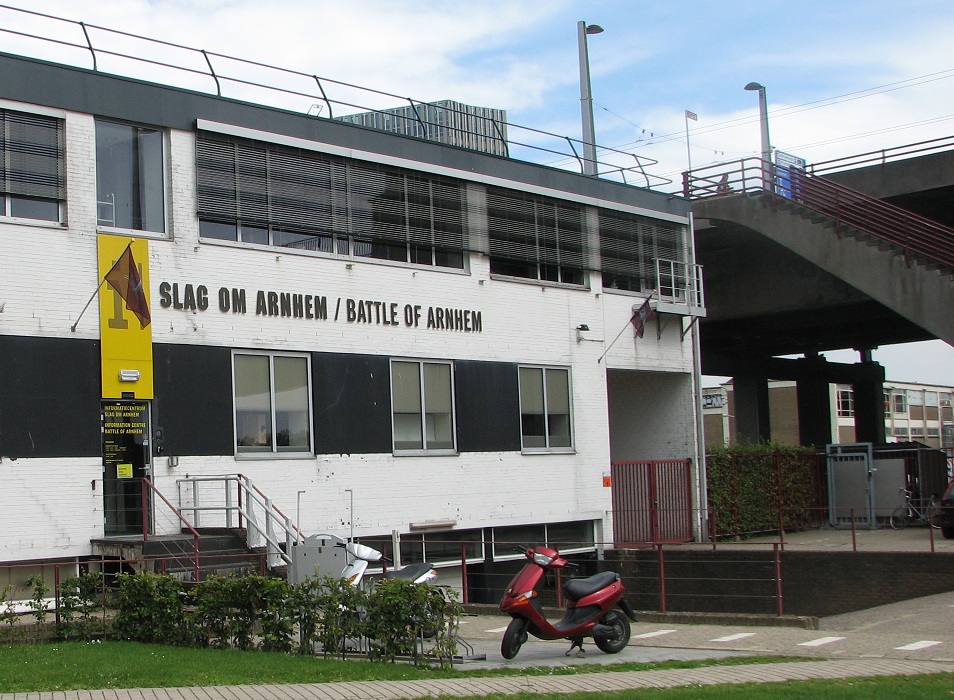 This, too, turns out to be somewhat disappointing. There is apparently only the one room, manned vigilantly by one person who seemed incredibly thankful that he had a visitor for whom he could push The Button, located by his desk. That button starts an animation of the battle on a large table in the centre of the room. In fairness, it’s a good animation with text in both Dutch and English.  Everything else in the room, and there wasn’t much, was in Dutch, so I can’t tell you if it was of interest or not. The parking in the area is pay-per-stay, so don’t put more than a half-hour’s worth of coinage into the meter. That’s enough to see the animation, walk up the tower to the bridge span, cross the bridge and cross back.

Nearby, there’s a small memorial park with a 25Pr, and a few photos. There is also a large rock. 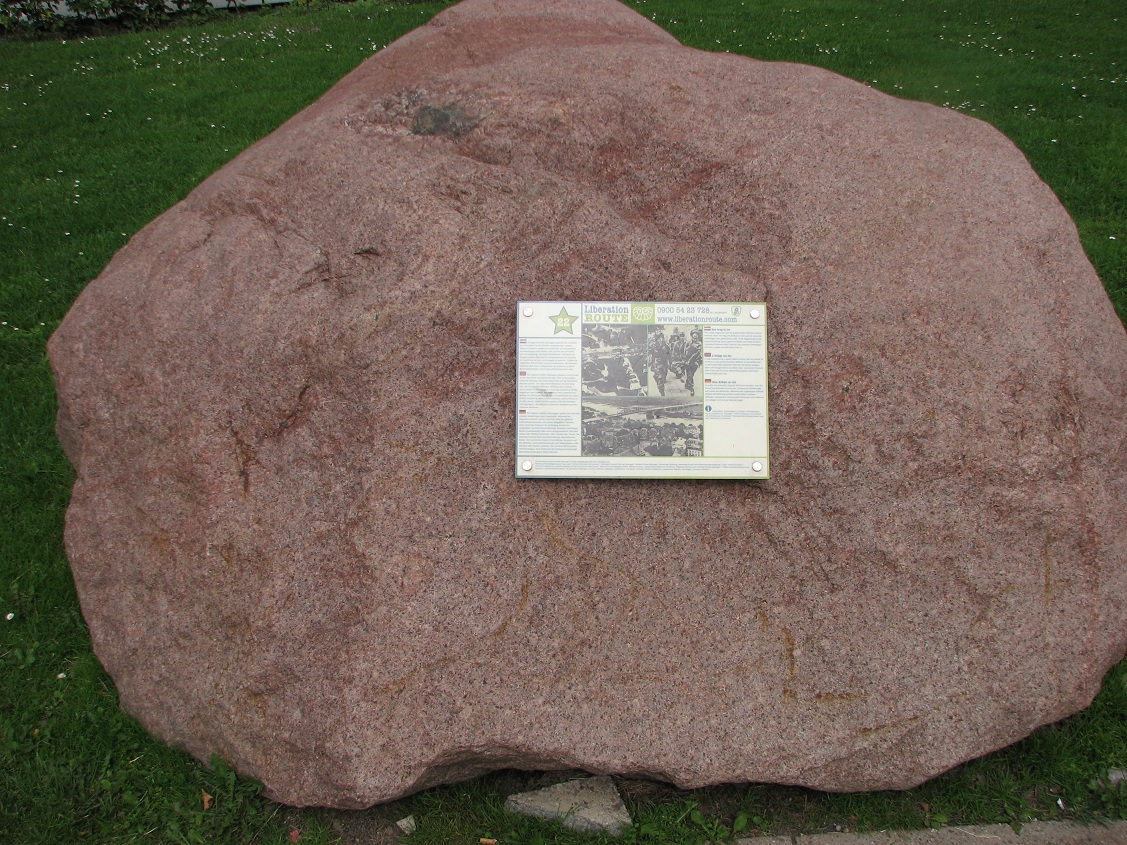 This rock is part of a collection of some sixty which are scattered across central Netherlands, starting out a little south of Nijmegen. It’s called the Liberation Route. http://liberationroute.com/ It’s an interesting concept, you download a bunch of MP3 files from the website which you listen to when you’re standing at the appropriately numbered rock. Only problem is that to get to every boulder is a route in excess of 100km, so it’s probably not feasible to do it all unless you’re incredibly dedicated.

It is also to be noted that there is a third museum in Arnhem, the Arnhem War Museum 1940-45, http://www.arnhemsoorlogsmuseum.com/ which is a little to the NW of town. Due to time constraints I was unable to visit, but the impression I get online is that it’s a little more ‘general’ than the more Market-Garden-oriented facilities so generally seems less appealing to those who have access to larger ‘general’ musea. 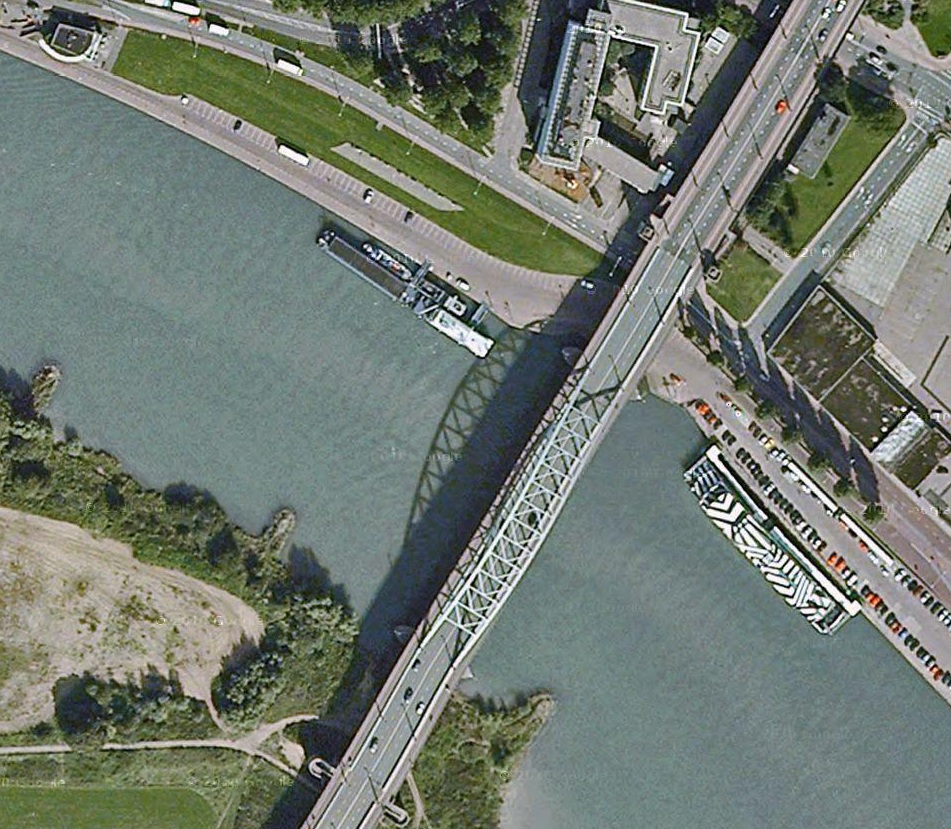 As far as visiting the Arnhem musea is concerned, it’s a bit of a mixed bag. In terms of what they have to show or what they can teach you, very little will be unfamiliar to the student of military history. Visiting the John Frost Bridge or the Hartenstein Hotel is not really an educational visit. It’s a pilgrimage.

As ever, larger versions of the photographs to be found on the forum link. Just click 'add comment' below.