The American Armoured Foundation (Yes, they use the proper spelling of 'Armoured', check their website) tank museum in Danville, VA, is a family-run operation which suffers from one significant problem. It’s in Danville, VA. Now, this isn’t to disrespect those of you who live in the town, but you have to admit, it’s a little inconvenient for a substantial portion of the world to get to.

After finding the place on the map, a little assessment decided that the best way for me to get there would be to fly to Raleigh-Durham airport and rent a car. The drive is a tad under two hours one-way in good conditions and no traffic, and I only got lost once en route. 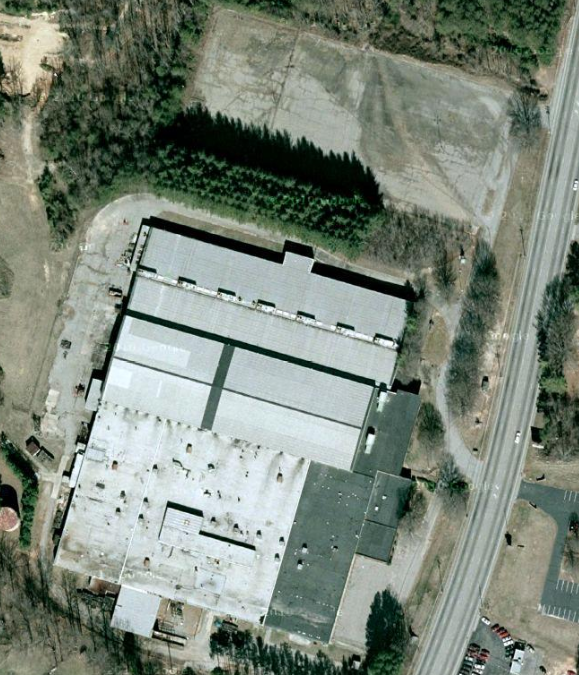 Eventually, one will find it. For such a large building, it’s surprisingly well concealed, as much of it is not open to easy view, at least coming from the South. However, there’s a goodly sized parking lot, so at least you’re not racing against everyone else to find a spot! The building is neither heated nor air conditioned, dress accordingly.

When you walk in the front door and go to the kiosk, the first thing you are presented with is a metal detector. Perhaps a little odd for the area, but this is not a CCW-friendly place. Once having verified that you are unarmed (excluding law enforcement), you can then proceed to the counter. Prices are reasonable at about $10 per head, barring those under four years old. Your souvenir is a paper tri-fold which explains the background of the place. 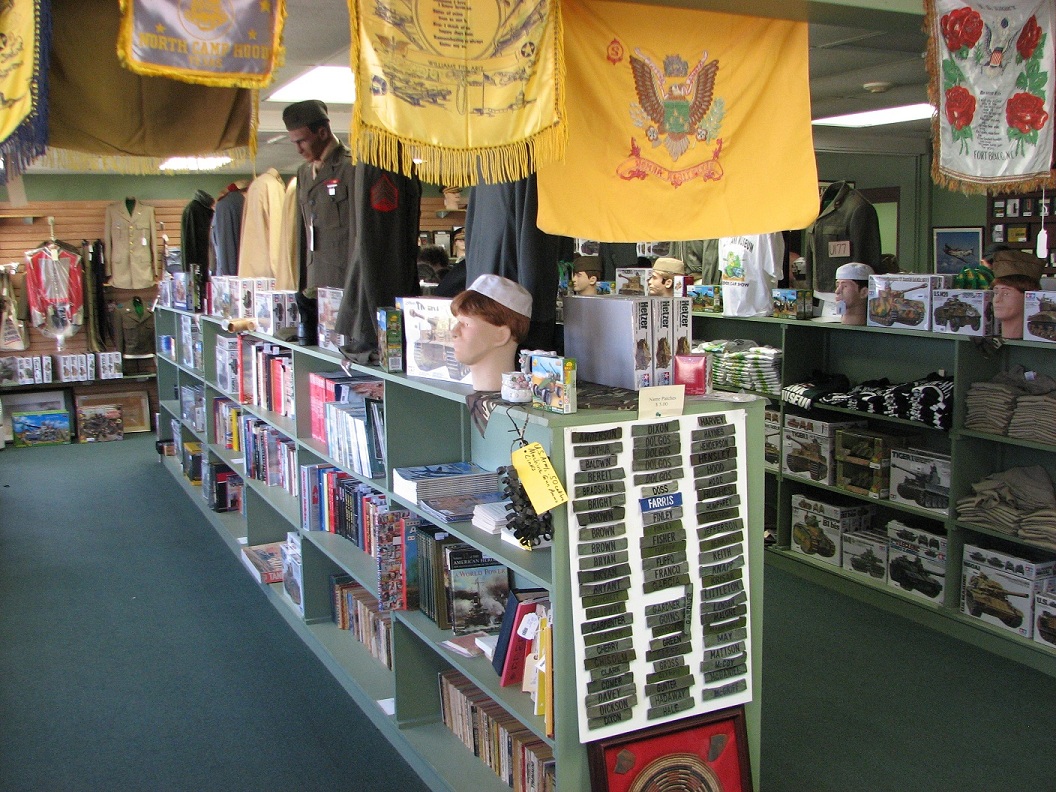 Your next point of passage is the gift shop, which is fairly well stocked with many things tanky. Don’t worry, you exit out through here as well, so you can do your tank browsing without the worry of having to carry your purchase around with you. Pass through the door on the far side, through an ante-room, and into the museum proper.

Immediately, you are faced with a decision displayed by directional signposts. Do you want to go left, to the micro artifacts, or right, to see the tanks? 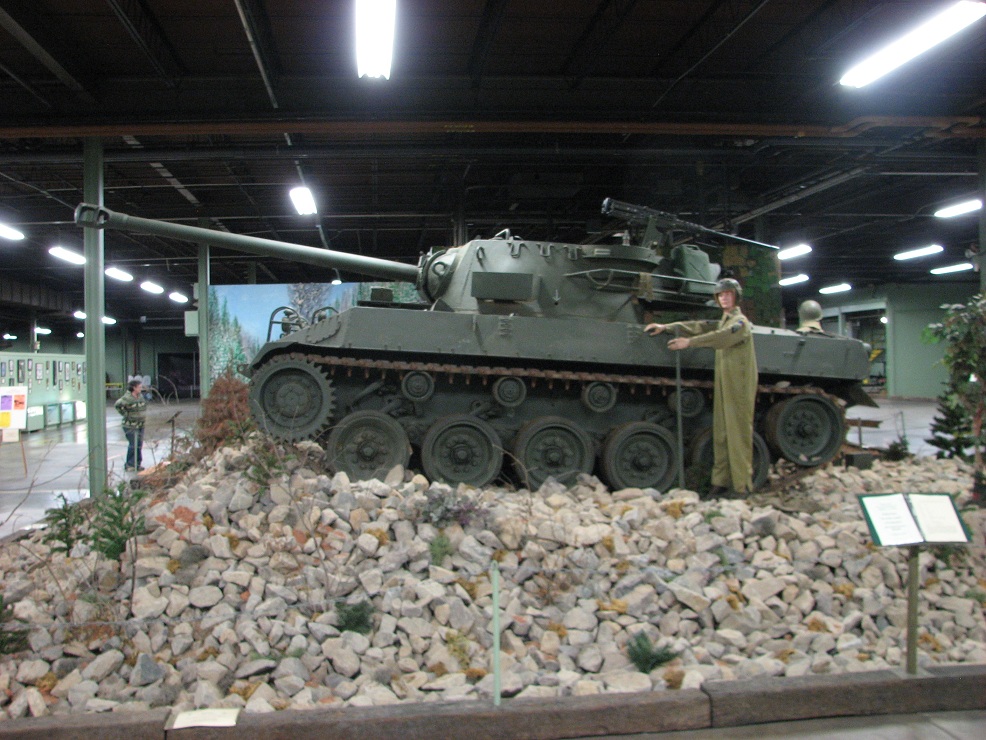 One of the first things you’ll notice is that this museum has a lot of space in it to expand. The even better news, though, is that it is very easy to take photographs of the tanks from multiple angles as they’re not all right next to one another blocking your line of sight or your ability to step back and take a photo.

That said, I can’t really state that everything one sees there makes perfect sense. 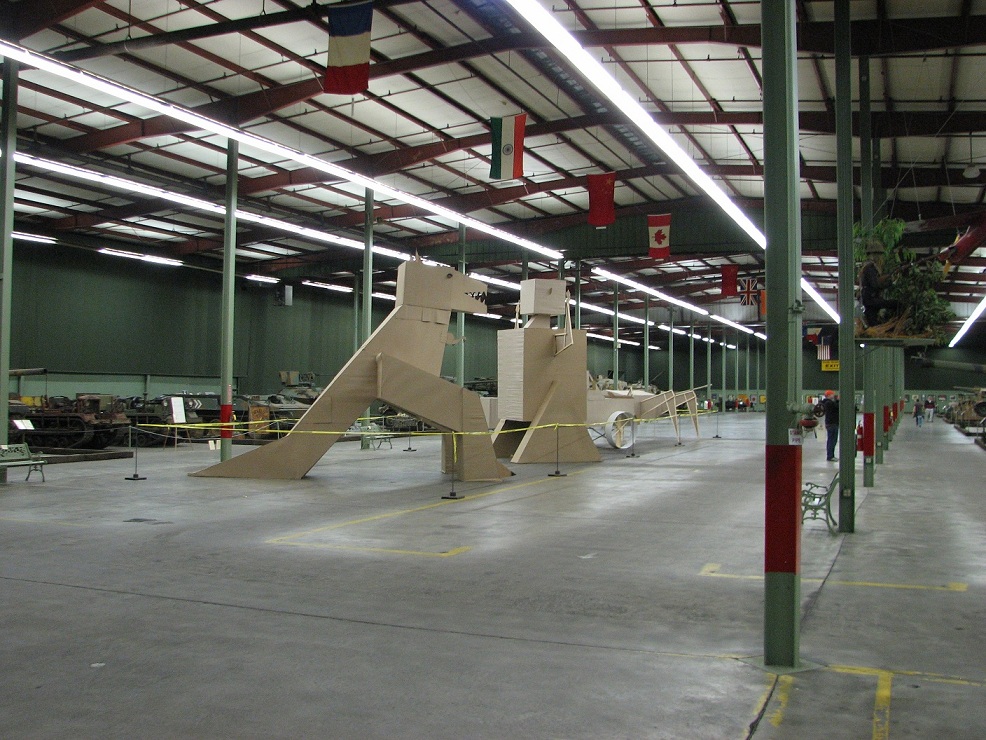 This place takes the term ‘American Armoured Foundation’ nearly literally. Of the fifty plus armoured vehicles on display, almost every single one of them is of American origin. There are, however, a half-dozen exceptions. 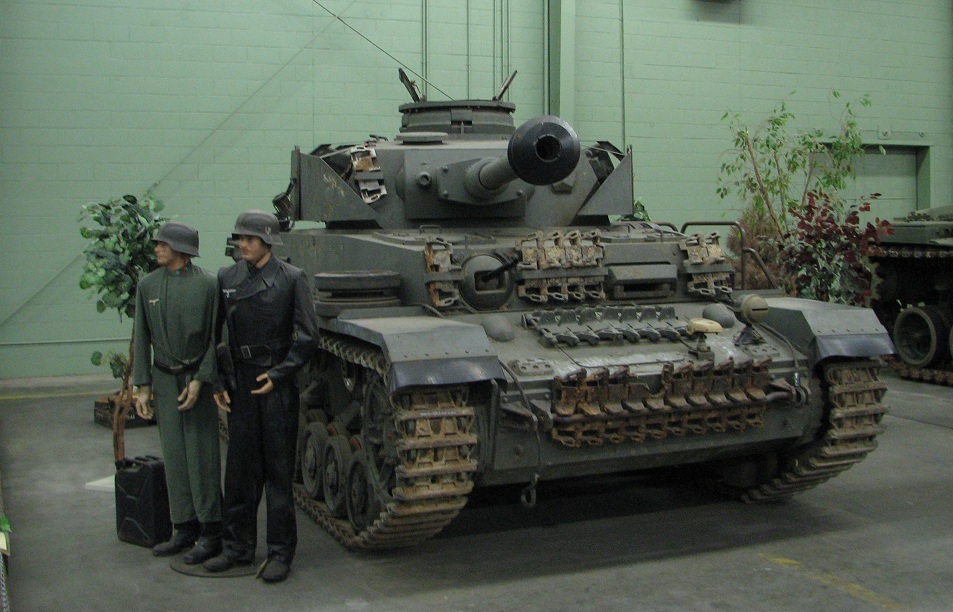 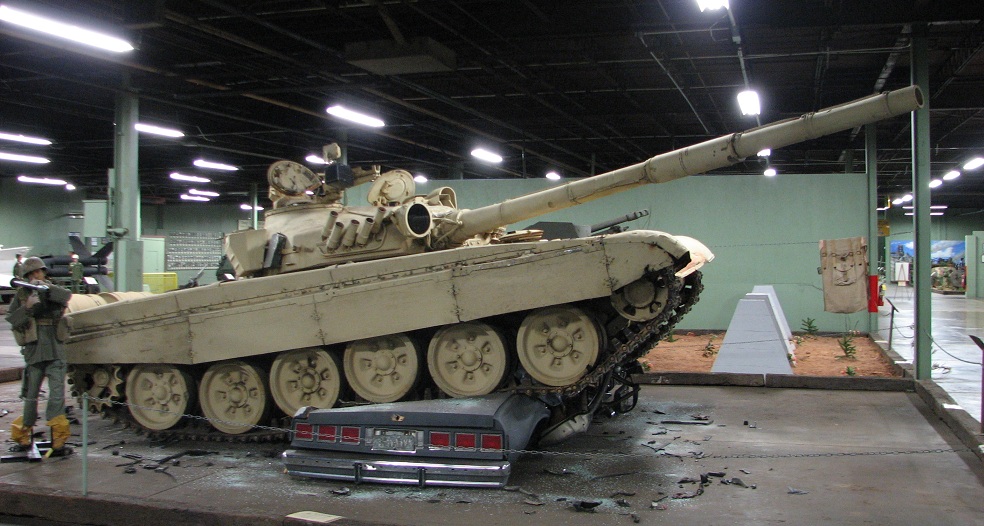 Another Strv-74 as well, for some reason, they seem to get around. 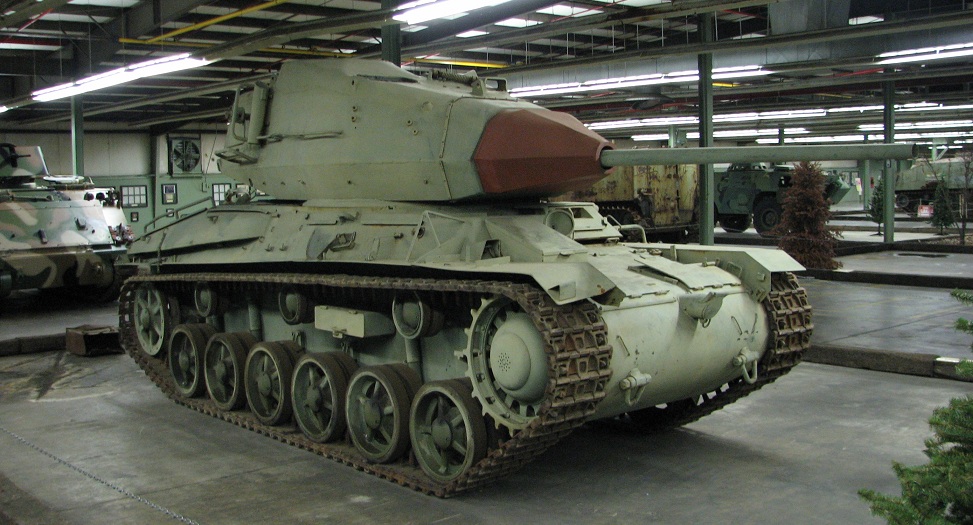 One of the more significant vehicles, and this is pretty rare for a museum right now, is a Bradley with the hatches open. 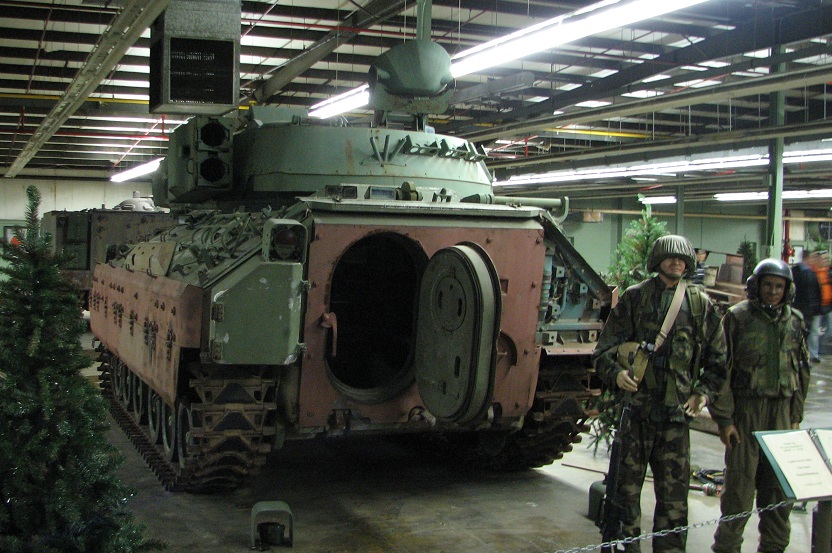 Now, you may think I’m a little nuts when the museum has a selection of most anything in the US Army inventory, from M103 through M60A2, to apparently the only remaining T6 bulldozer which I understand to be the pride of the collection…. 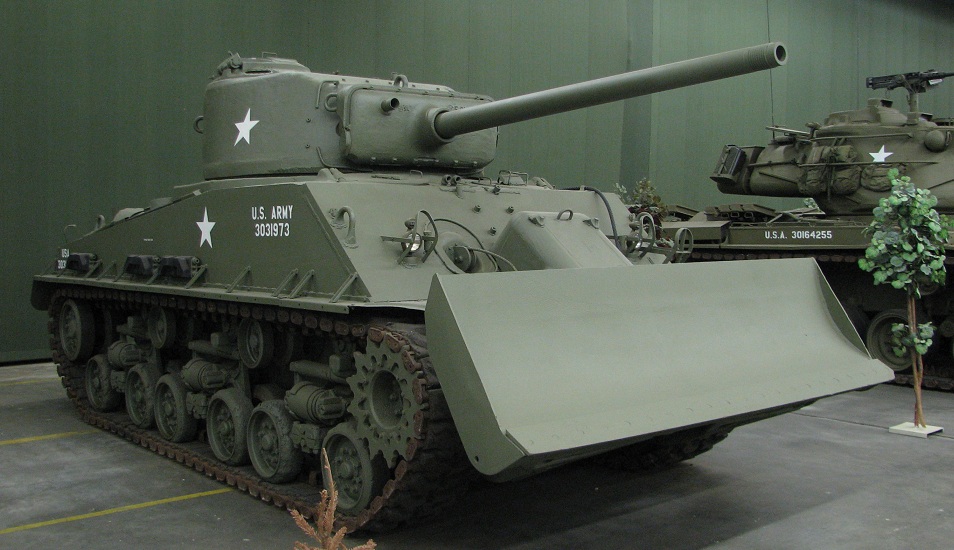 …But the vehicle I was most interested to see, believe it or not, was the M247. 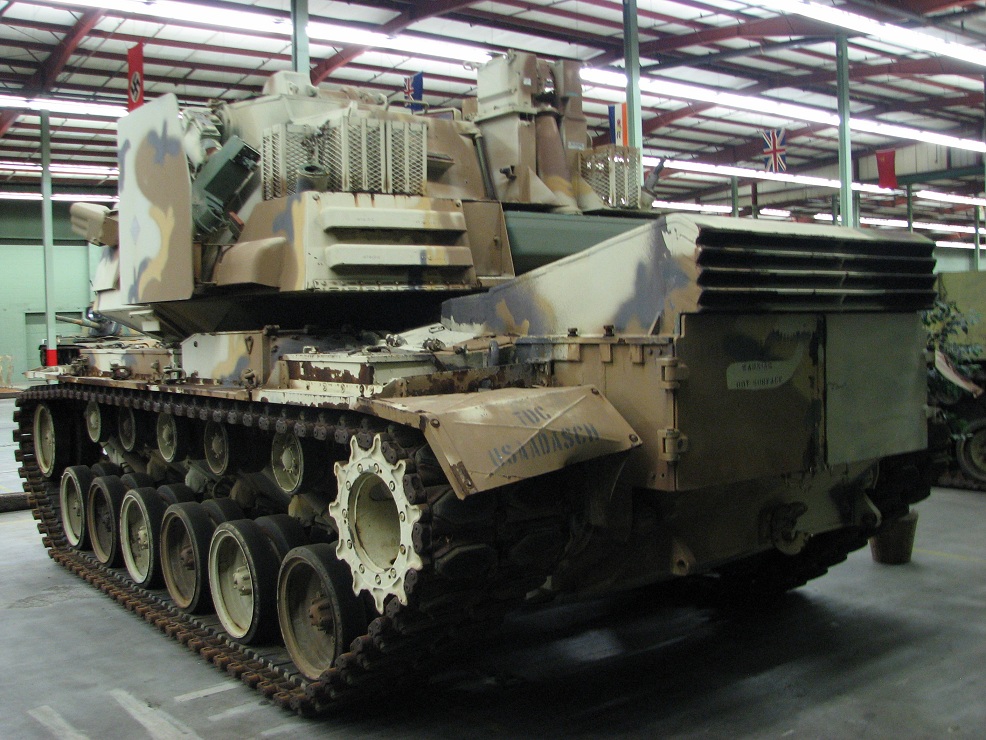 This is quite the rare beastie, the only other one I’ve seen in a museum so far is the one down in Ft Bliss and I must admit to being kindof curious as to how they got ahold of one. (I know of one more in TN and one in NV on open display). Unfortunately, they’ve folded down the search radar, and the track radar appears to be gone entirely, plus the entire vehicle looks a bit shabby. But for some reason, miserable though that vehicle may have proven to be in testing (What were Ford thinking?), I’ve always liked it.

Of course, there’s only so often that people will go to a museum to look at tanks. One way of getting people to come back is to have some activities, and they’re got quite the RC tank setup going. 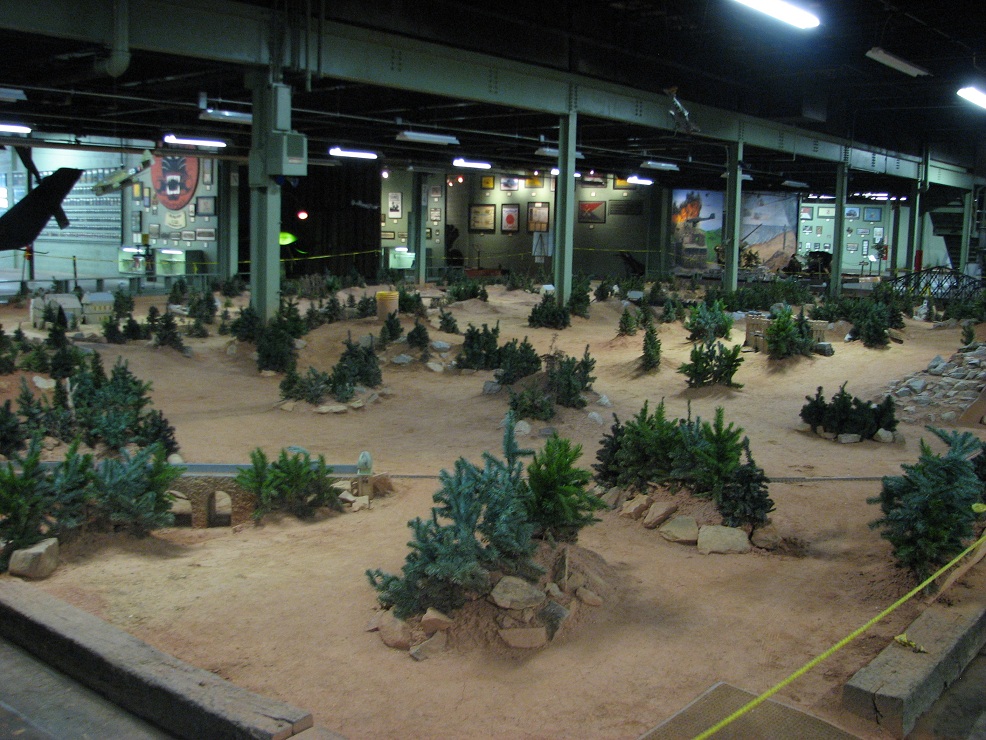 Maybe we can make a WoT map out of it… Anyway, they have the occasional Battle Day once every two months or so, there’s a schedule up on their website. The website does give you the important information you need to know (Pricing, events schedules, etc.) and is kept up to date, but I’m not so keen on the presentation.

Pretty much every vehicle has an informational sheet in front of it, often a couple of pages long, if you have the desire to sit down and read. Anyway, once you’re done reading about all the big stuff (they seemed to have gotten a group discount deal on M75s), well, at least as long as an M1917 can be counted as ‘big’, you can then go back to that signpost near the entrance and look at some of the smaller stuff. 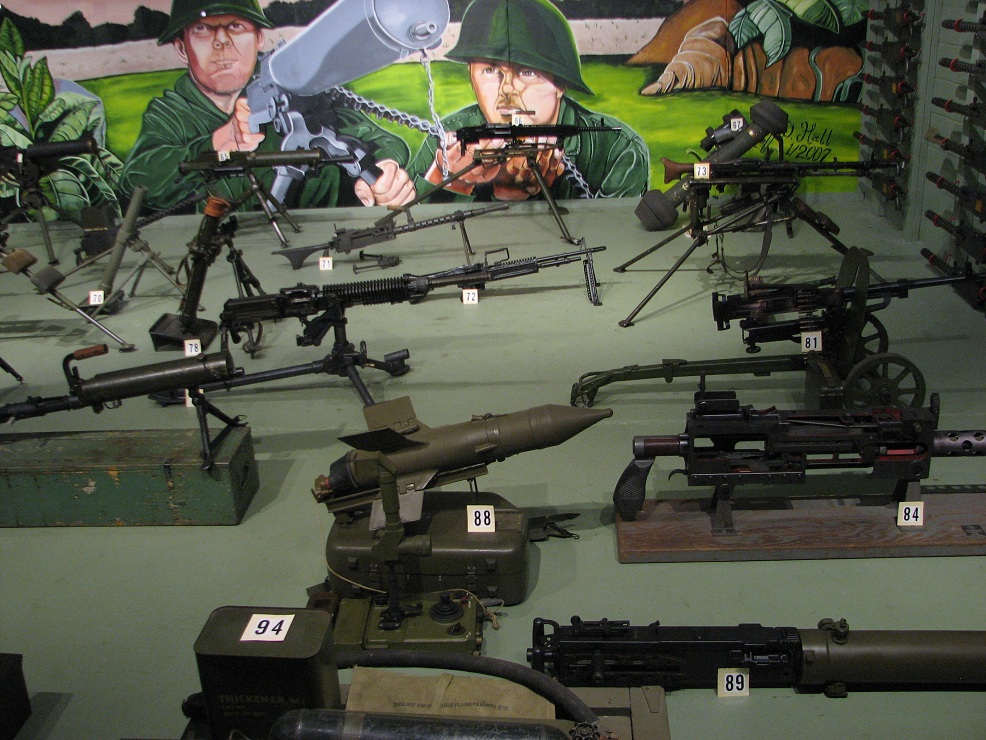 They’ve actually made quite the sizeable exhibit of micro artifacts. A substantial amount of weaponry in the floor and filling the walls in the arms room section, for example, and they have a very sizeable amount of uniforms from various countries in their Hall of Generals. Everything, and I mean, everything, appears to be at least labelled. Whip out your mobile internet device for in-depth details, which isn’t a bad philosophy these days. 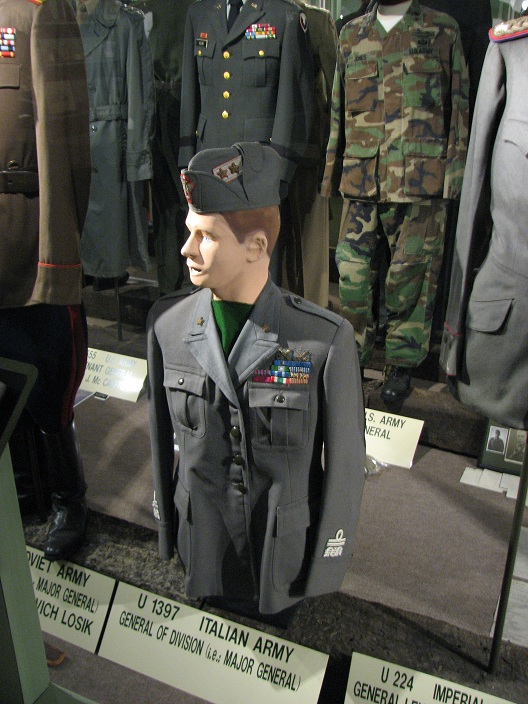 Another room has a whole collection of optics (Tank sights and other such stuff), though they’re all behind glass and you can’t see through them. You can actually spend a reasonable bit of time in those rooms.

Anyway, eventually you run out of things to look at. You will probably run out of tanks in an hour and a half, but the other items scattered around will keep you occupied a while longer. This really is a place you need to budget an entire day for, not least because you will likely have to add a couple of hours each way just getting there. I didn’t see anything by way of onsite food, so bring your own: Your three or four hours will probably go right through lunch.

If you are going to make a special effort to go and spend a day there, and you may as well since it does seem to be one of the better publicly accessible collections of US armor in the US right now, I may as well put in a plug for their annual Military Extravaganza, which is going on 28/29APR. They rather go all-out, with a car crushing, weapons demonstrations, model contest, RC tank battles, re-enactors and some tank veterans to talk to. Oh, and flamethrowers. The kids really love that one.

If you miss it, no huge harm done. The place is still worth a visit if you’re within driving distance. 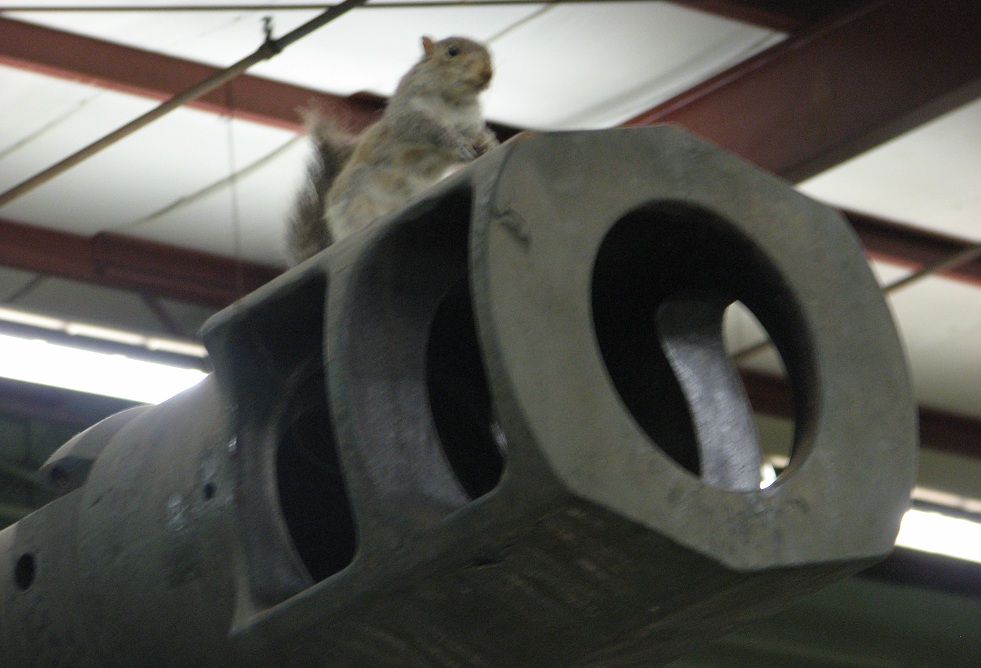