The Chieftain's Hatch: The Battle of Munoz

The Tank-Infantry Battle of Munoz, Philippines

General Douglas MacArthur intended to invade Luzon, the Philippine Islands, right where the Japanese had conducted their main landings in 1941, and for the same reason: The Lingayen Gulf provided direct access to the central plains and Manila. He gave the task to Lieutenant General Krueger and his Sixth Army, supported by the air and naval forces of the Southwest Pacific Area.[1] Once ashore, Sixth Army’s I Corps was to protect the beachhead’s left flank while XIV Corps drove south to Clark Field and then Manila.[2]

General Tomoyuki Yamashita, the Japanese commanding general, did not intend to defend the central plains-Manila Bay area with his 260,000 troops because American superiority in armor and mobility would have its greatest advantage there. He sought only to pin down MacArthur's forces in order to delay Allied progress toward Japan. 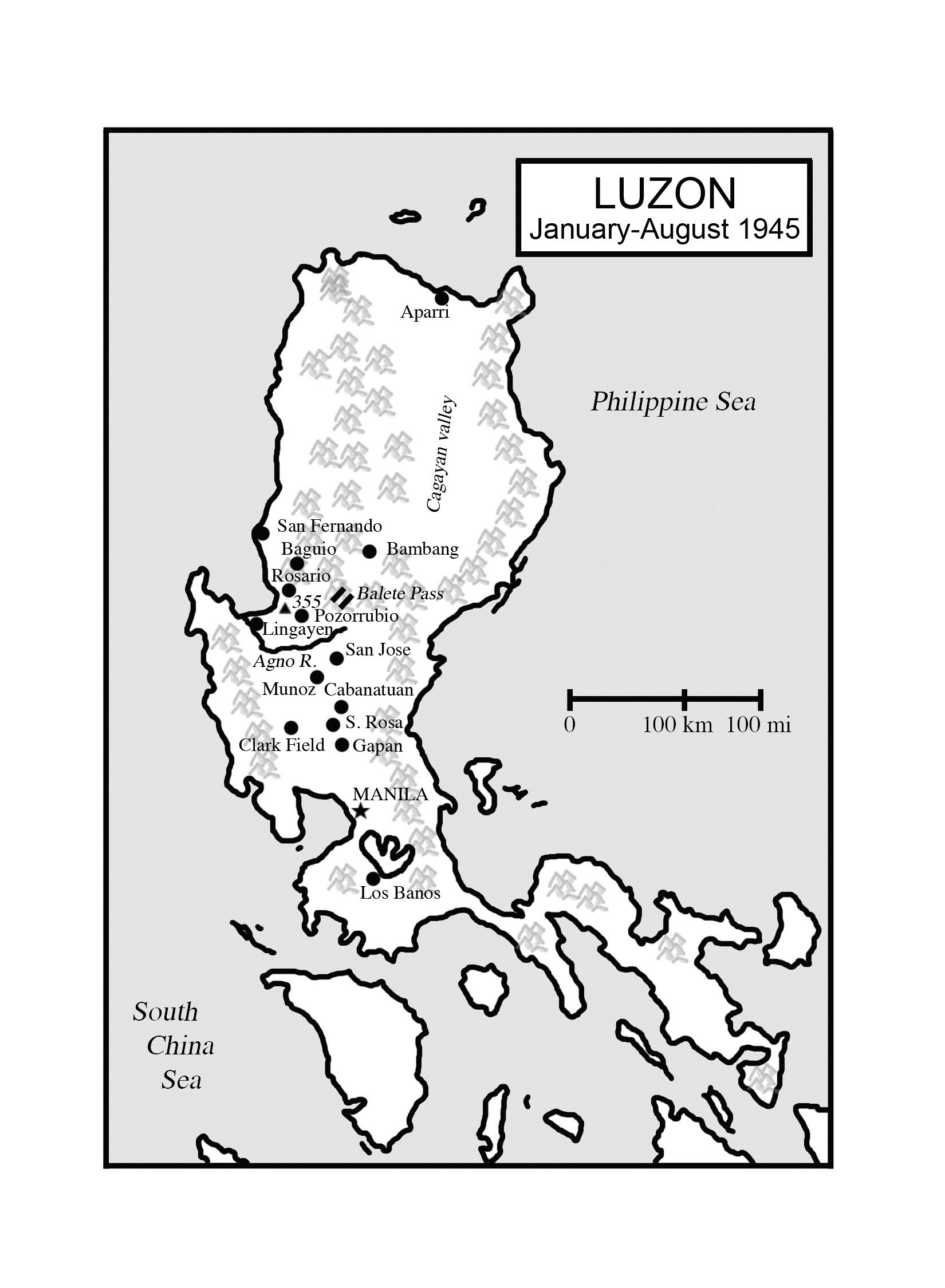 The invasion of Luzon began at 0700 on S-day, 9 January 1945, with a massive naval bombardment. One hour later, the 40th Infantry Division landed at Lingayen on the right wing near the town of that name, with the 37th, 6th, and 43rd Infantry divisions strung out to the left.[3] There was no Japanese resistance on shore.

Luzon was to be the most Europe-like campaign of the Pacific campaigns, but even the American side was just a bit different from counterparts in Europe.

Company C, 44th Tank Battalion, landed at H-hour plus forty minutes. Old Faithful and two tankdozers, Snafu and Bright Eyes, were the first three tanks to land in the 6th Division’s zone. One dozer suffered a mechanical failure, dropped its blade, and turned to supporting the infantry, but the second filled in a large fishpond to create a causeway for the rest of the tanks to move inland. By 1200 hours, three tanks had reached the company’s objective at the Binloc River, and the company was withdrawn into division reserve. The rest of the battalion began landing two days later with the 1st Cavalry Division.[5]

After three weeks of small-action tank infantry fighting in the hills beyond the beachhead, honey-combed with Japanese defenses, the 6th Infantry Division on 1 February pushed off with its I Corps running mate, the 25th Infantry Division, to capture San Jose. If the Americans could secure the city, they would cut the last land link between the Japanese Shobu battle group—responsible for the defense of northern Luzon—and the Shimbu battle group defending the south. The Japanese planned a holding action at San Jose using the 2nd Tank Division and elements of the 10th and 105th divisions in hopes of shifting more supplies and the 105th Division northward over the route.[6]

The Japanese 2nd Tank Division on Luzon constituted the most formidable armored force faced by the Americans in the Pacific theater. The Japanese by now clearly had no intention of pitting their under-gunned and thinly armored Type 97 medium and Types 95 and 97 light tanks against American M4s, and they instead used their tanks defensively to stiffen defenses in villages in groups of nine or more vehicles. The tanks were well dug in and camouflaged, though they could be moved to alternate firing positions. The only times that tanks supported infantry attacks were during last-gasp “banzai charges” when it was clear the defense was collapsing.[7] 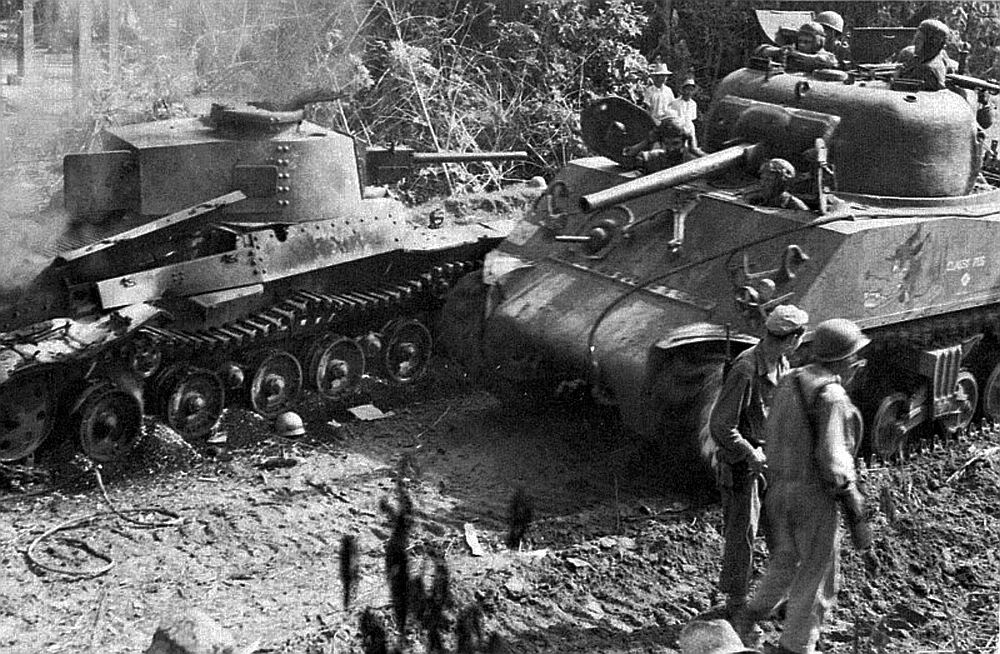 Company C, 44th Tank Battalion, an attached light tank platoon from the 716th Tank Battalion, and the 6th Infantry Division doughboys ran into the largest of these strong points at Munoz, which lies southwest of San Jose, on 1 February. Some 2,000 Japanese troops defended the village with orders to resist to the last man, including the 6th Tank Regiment (less one company) and elements of the 2nd Tank Division’s antitank unit armed with 47mm guns.[8]

To the GIs of Company K, 20th Infantry Regiment, approaching Munoz at 0730 on 31 January, the bomb-shattered buildings that provided excellent camouflage for Japanese emplacements looked just like any other battered town. When the company tried to enter Munoz from the southwest along a rail line, fierce automatic weapons fire pinned the assault platoons down and kept them immobile the entire day. Other elements of the 3rd Battalion moved up to Company K’s line, but it was clear that Munoz was going to be a problem. Probes over the next two days confirmed that in spades.[9] 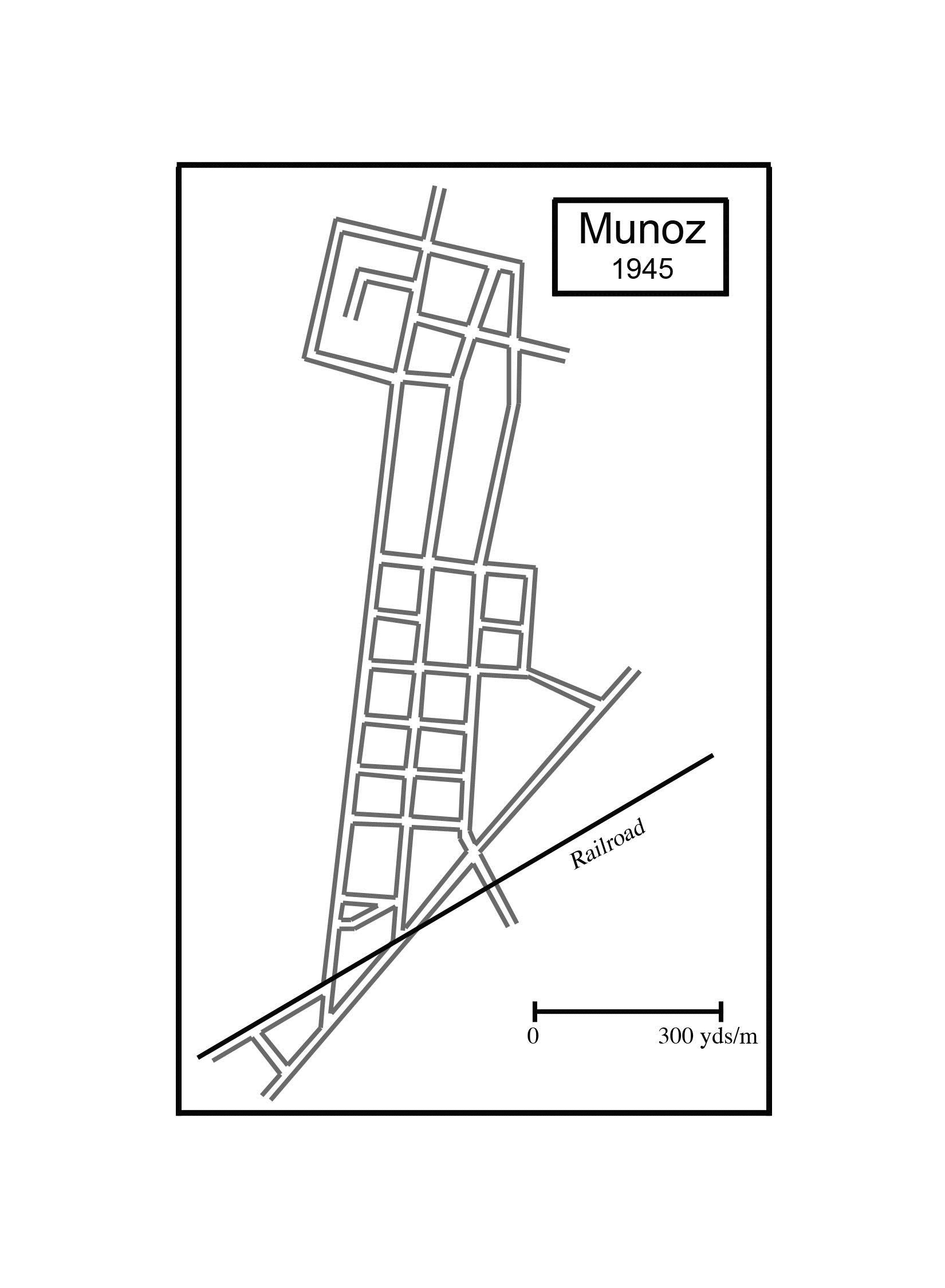 Tank operations were limited by flat terrain, boggy ground, and deep water-filled irrigation ditches. The town of Munoz was fortified with antitank guns, 105[mm] artillery pieces, and fifty-seven light and medium tanks, all of which were dug in with a three-feet-thick top of logs and sandbags over them. In addition, numerous alternate positions were available so that the tanks that were in one place one day would be in an alternate position the next.

As a result of constant reconnaissance by the platoon leader, the 3rd Platoon was able to move to a somewhat defiladed position on the southwest corner of Munoz, from which point the platoon was able to support the infantry. Movement of tanks was definitely restricted. One false move and a tank was lost. Whenever any armored vehicle attempted to move into the town, it was knocked out by antitank fire. One tank of the 3rd Platoon was lost in this manner. Even though limited to almost stationary support, the 3rd Platoon gave the infantry considerable support, knocking out six Jap medium tanks, one 105mm artillery piece, four 47mm, and much enemy equipment and personnel.[10]

The 20th Infantry’s attack failed in the face of intense fire, and two more days of slugging appeared to bring the Americans no closer to clearing the village.

The rest of Company C’s tanks worked with the 63rd Infantry, which bypassed Munoz, reentered the highway on 2 February, and drove on toward San Jose. At the barrio of Abar, the Americans ran into the main defenses before San Jose. The Japanese had emplaced antitank guns and machine guns to cover a water barrier, and tank gunnery that knocked out five 47mm guns was not enough to secure a crossing. The 2nd Platoon finally crossed under cover of smoke and then tore up the Japanese defenses, aided by fire from the assault guns, light tanks, and company headquarters, which had enveloped the Japanese line and opened up on the enemy’s right flank and rear.[11] The 1st Infantry, which also bypassed Munoz, entered San Jose on 4 February almost unopposed. 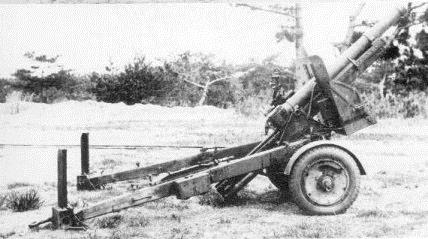 While the 1st and 63rd Infantry regiments mopped up, the 20th Infantry continued its exhausting fight to capture Munoz. On 3 February, the regiment cracked the first Japanese line running east to west across the south edge of town, which provided a good indication of why the going was so tough. Six medium tanks were dug in forty to eighty yards apart with interlocking fields of fire. Two 47mm antitank guns and two 105mm howitzers were integrated into the line, as well. Machine-gun nests and rifle pits covered the tanks and guns.

A very similar Japanese position claimed a Company C tank on 5 February, by which time the 20th Infantry held roughly the southern third of town, as described by infantry officer Capt. Michael Kane, whose Company B was fighting on the east side of Munoz:

“Company B located a tank seventy-five yards to the front. Immediately they requested one of our supporting tanks to engage the enemy tank. Our tank came up to ten yards east of the storage building and, after the crew had been oriented as to the location of the enemy tank, they fired a 75mm round at the Jap tank, hitting and destroying it. However, our tank, before it could withdraw, was hit by a 47mm shell from a supporting enemy tank. This enemy tank was about eighty yards north of the Jap tank that had just been destroyed. Our tank burst into flames, but the crew escaped safely.”

By 6 February, the 20th Infantry had taken only half the town. That day, withdrawal orders reached the defenders.[12]

The morning of 7 February, the Japanese attempted to break out of Munoz. Company C’s battle report recorded, “The [American] infantry knocked out eleven tanks. . . but the majority of tanks got through.”[13] The company’s history added:

“About three AM, several men woke up as they heard a tractor coming down the highway. It sounded like an American Caterpillar going full speed. Crouching in the dark, they waited and as the vehicle sped by, they recognized it to be a Japanese medium tank. Immediately the alert was sounded, and everyone was up. . . . Soon, more vehicles were heard coming, and we could hear the infantry firing at them but not stopping them. Another medium tank led the convoy, followed by a personnel carrier pulling a 105mm artillery piece. Sergeant Elkins’ tank, Little Anne, was at the end of the area along the highway covering the direction the Japs were coming from. Corporal [James] Ford jumped into the gunner’s seat, Sgt. [Milo] Knowlton into the loader’s seat, and T/5 [Charles] Askins stood back of the turret to direct fire. It was impossible to use the gun sights because of the dark. The first tank sped by before the men could fire at it, but when the personnel carrier went by, Askins hollered, “Fire!” and Ford fired. The shell hit dead center on the 105 gun, scattering the Japs that had been sitting on it in all directions. The carrier and gun kept going a few yards down the road, burst into flames, and stopped. Then came another medium tank. Little Anne’s gun spoke again and sent an armor-piercing shell clean through the tank.”[14] 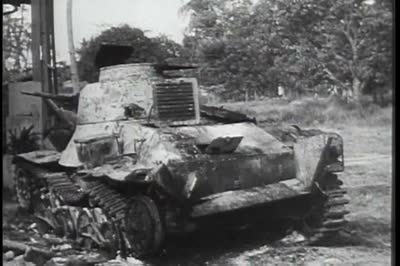 A Type 95 light tank knocked out by the 6th Infantry Division.

“After blocking the highway by destroying one truck and one medium tank, the company fought it out in the dark with seven other Jap tanks plus Jap foot troops. The company area was first riddled with tank fire from the Japs, and then the foot troops attempted to infiltrate our perimeter. In order to avoid firing into our own infantry troops and to have the advantage of the coming daylight in back of the Jap tanks, it was necessary to move one platoon out to the flank of the Jap tanks and take them under fire [which] enabled the company to eliminate all remaining Jap tanks and personnel. . . . Upon checking at daylight, 245 Jap bodies were located, eleven tanks and five trucks had been destroyed.”[15]

A physical count revealed the hulks of forty-eight medium and four light tanks in and around Munoz, plus four armored cars, sixteen 47mm antitank guns, and four 105mm howitzers.[16] By mid-March, American forces had destroyed 203 medium and nineteen light tanks—ninety-five percent of the 2nd Tank Division’s strength—mostly in the Munoz-San Jose area.[17]

See my website: World War II History by Harry Yeide
See the book from which this article largely derives: The Infantry's Armor

Collapse Expand
Discuss on Forum
Next
Select a region
Selecting another region may affect the website content.