One of the lesser-known tanks in US service was the M45 medium tank, developed from the M26 program as T26E2. 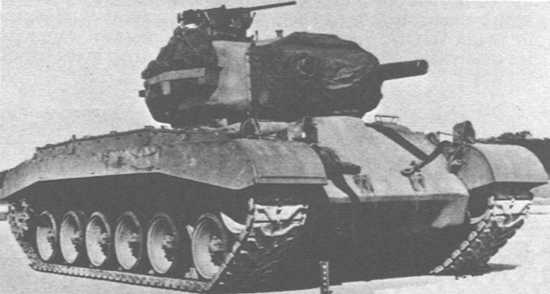 The M4(105) was proving quite successful as a tank, as long as there was no long-range tank engagement. The large caliber gun provided a very useful infantry support round, far more capable of demolishing strongpoints and other obstructions to advancing that the troops may have been suffering from. It thus seemed reasonable that when the M4 was replaced with a more capable anti-armour vehicle, that at the same time the howitzer version similarly be replaced to both improve capability, and simplify logistics.

Initially, the vehicle to receive this howitzer was T23, but as that never ended up going anywhere, T26E1 got the nod to see if it could be done. One interesting advantage was that as the 105mm was a much lighter gun that the 90mm, new metal needed to be added to the front to balance the turret. This made the mantlet 8” thick and the turret front 5” thick. 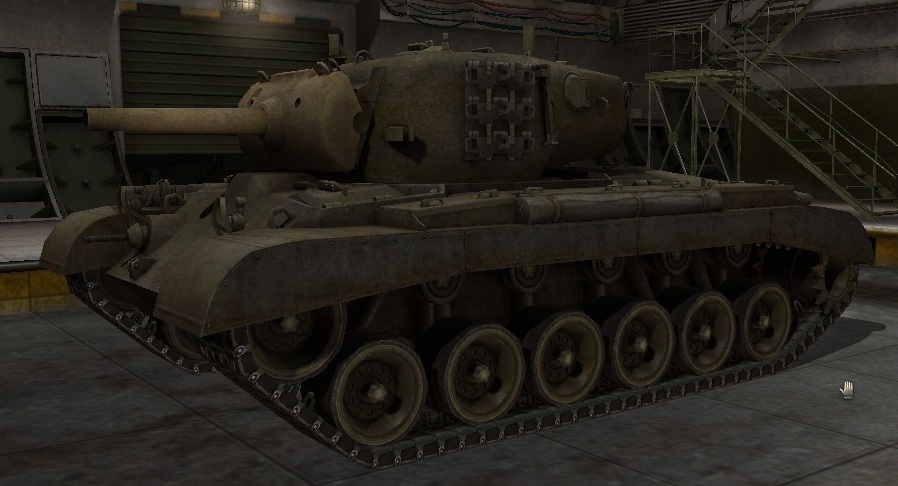 After a little judicial rearranging, space was found for 74 rounds of 105mm. Elevation ranged from +35 to -10 degrees. Oddly, though the gun tank version of M26 was not equipped with a stabilizer, the howitzer version was. When the stabilizer was turned on, it dis-engaged the manual elevation handwheel from the gearing, and instead turned the handwheel into a sort of semi-automatic transmission system: Elevation was still controlled by the amount the wheel was turned in the ‘normal’ mechanical manner, except the hydraulics performed the actual connection to the gears.

The initial plan was, believe it or not, to build more 105mm howitzer tanks than 90mm gun tanks. That said, as the Army became more experienced with the practicalities of warfare, it was decided that the high velocity cannon would be the better overall weapon and that specialized tanks should be reduced in number. As a result, the company which produced the prototype (Fisher) had its contract cancelled, and Chrysler’s was cut back. 185 tanks were built, entering service as M45. The first production tank came off the line in July 1945, so none saw combat service until Korea.

The ‘figures‘ differences with M26 were as follows:

Slightly more side turret armour, varying from 5” to 3”, but at the same angle

New optics and mount for the howitzer. 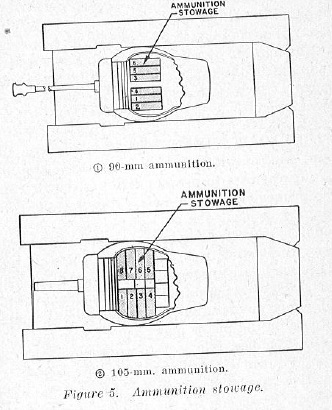 The howitzer was of the manual breech closing type: Ramming the round home would start the breech block’s movement, but the loader would then have to move the operating handle to actually close the breech. The ammunition was of the semi-fixed type, with the projectile loosely attached to the casing, allowing easy separation to access the bagged propellant charges inside the casing. In this manner, the charge of the projectile could be modified in a manner familiar to most of today’s artillerymen and mortarmen. Specs for the M1 HE shell below: 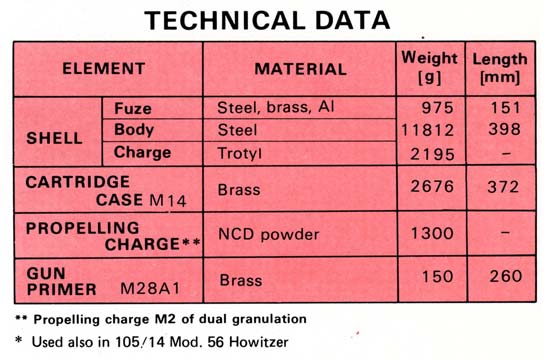 The howitzer itself could be aimed using one of three systems: The M10D or M15 type periscope through the turret roof, the direct telescope M76 mounted through the mantlet, and the sightunit M29A1. 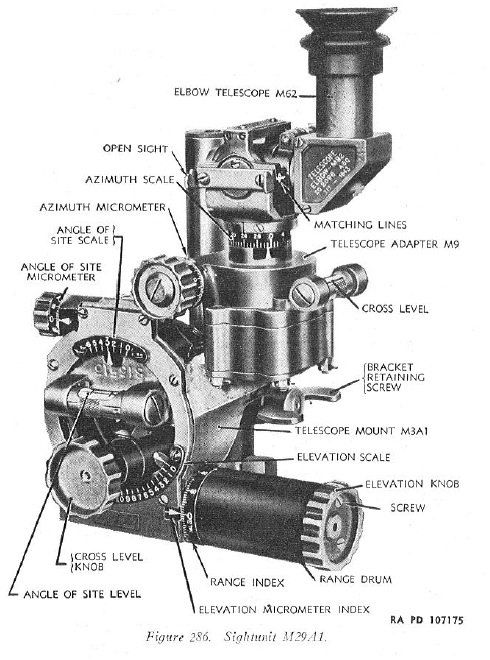 All three could be used for direct fire, but the reticles for the first two were graduated only for M1 HE shells on Charge 7, and the latter had no reticle at all, elevation instead being calculated by adjustment of the range setting. 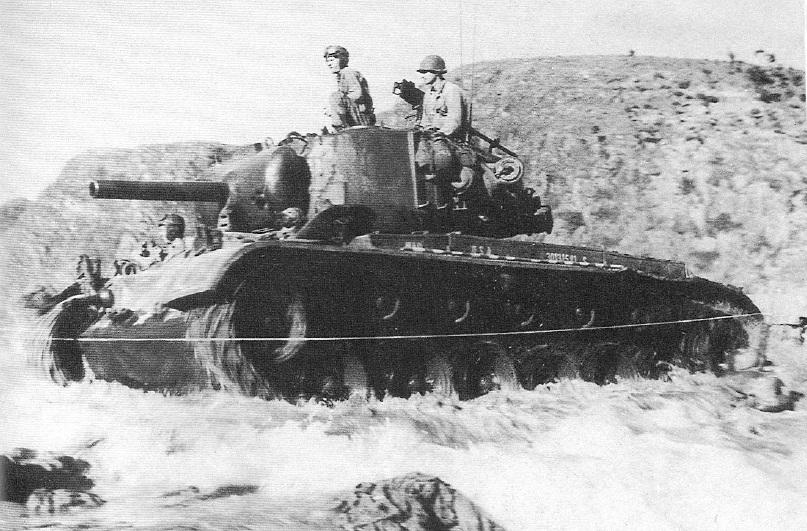 As interest in the 105mm howitzer tank began to further wane, a number of the M45s were subsequently converted into high velocity gun tanks. As a result, few M45s still existed by the time the Korean War started. 6th Marine Tank Battalion, however, which arrived at Pusan in August 1950, though predominantly armed with M46 Patton tanks, did bring a small number of M45s along, and they saw enthusiastic, if somewhat obscure service before finally the tank was retired.