There are a number of ‘must-see’ tank musea around the world. Until recently, the Patton Museum of Cavalry and Armor was one of those must-sees. In 2005, however, the Base Realignment and Closure Commission (BRAC) decided that having separate bases for Armor and Infantry branches was inefficient, and that they should be co-located as the Maneuver Center of Excellence (MCoE). Either Infantry would move to Ft Knox, or Armor would move to Ft Benning. Suffice to say that as of last year, 19-series soldiers are now trained in Ft Benning. With Ft Benning being the new ‘Home of Armor and Cavalry’, it made sense for the tank museum to go there too. The Patton Museum and the armor collection were technically two different organisations, but due to co-location were commonly considered as one. After the tanks left Ft Knox, the Patton Museum has remained in Knox as the Patton Museum of Leadership, whilst a new, distinct branding is created for the tank museum.

The man in charge of this move and reincarnation is Mr Arthur “Len” Dyer, the Director of the National Armor and Cavalry Museum. He was good enough to grant an interview, the results of which I now provide.

Chieftain: Mr Dyer, what is the task, purpose, and method of execution of the National Armor and Cavalry museum? How is it structured?

Mr Dyer: The mission of the NACM is to preserve the U.S. mounted branch collection, and train armored crewmen & cavalry troopers.

Our staffing level is currently three: Director, curator of the collection and chief mechanic.

The Center for Military History is the primary HQ, under that is the MCoE Museum Division at Fort Benning which is our direct HQ. This is also our primary funding stream. CMH (Dept of Army) owns the collection.

Chieftain: How has the move been of physical assets been from Fort Knox?

Mr Dyer: The original BRAC planning allowed time to inventory and pack the collection in go into a new constructed facility. Funding was cut for the construction and long term storage became the game plan.

The actual execution of the museum BRAC move was compromised and the primary collection was forced out of the museum building by the end of April vice Sept., and the same shift to the left happened with the maintenance facility needing to be moved by the end of July. The staff, a couple volunteers/soldiers and the contracted movers did a good job to meet the compressed schedules, but the collection was rushed and procedures were compromised.

Macro-artifacts, library & weapons are in the National Infantry Museum. Macro-artifacts are at the old TMP (covered sheds) and at Sand Hill open but fenced in storage. Maintenance tools, parts and equipment are in containers at Sand Hill. 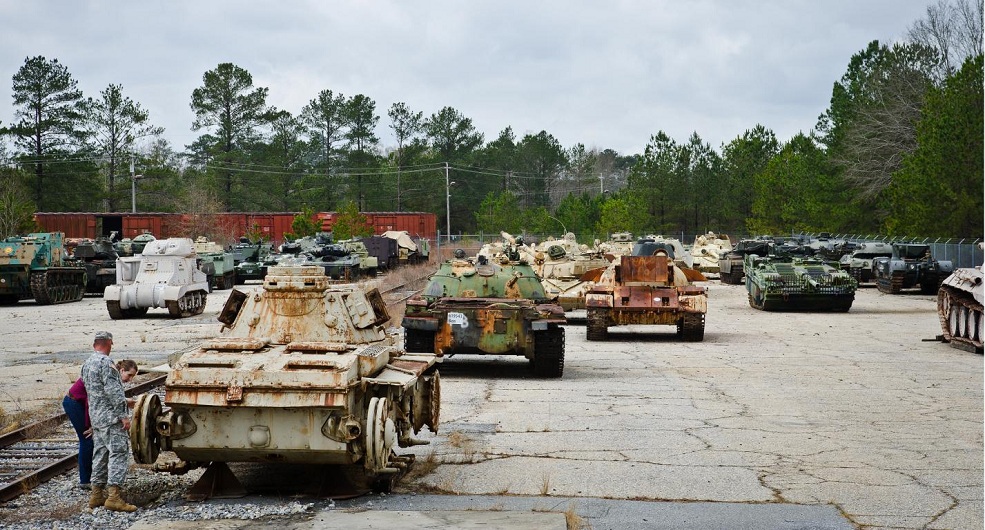 Chieftain: Open storage? Will the pieces survive the winters?

Chieftain: The ribbon cutting ceremony for the new museum took place in May 2011. How goes the construction, and when is the new museum expected to open?

Mr Dyer: Congress is involved in possible military construction, but funding is effected by the national economy. As to an opening date, we have none yet. Even without a physical home, however, we are still conducting our training mission: We have already used the TMP to conduct 2 classes of BOLC officers, required training and had a small group of cavalry scouts receive training.

Chieftain: What is the general layout of the facility planned to be? Are you thinking big with lots of running room to have a TankFest USA in the same manner as the Royal Armoured Corps museum in Bovington? How much of the collection will be on public display, given that at Fort Knox, much was not?

Mr Dyer: Layout will follow a time-line sequence, with the exhibit hall being the largest requirement for our facility, maintenance, admin space then classroom space, in that order. We are looking at micro-dioramas for each tank, a hall of technicality to support the R&D, a Hall of Valor and other areas.

Public display is currently an issue on the congressional plate, if Army funds are used. This becomes a foundation issue. The long term plan is restoration of all the vehicles for inside display (except designated outside monuments).

Chieftain: Some musea are just tank collections, some are highly interactive, and others anywhere in between. What will be the philosophy being the visitor experience of the new museum?

Mr Dyer: Our focal point is training the solder, and the vehicles are that focus with a Program of Instruction supporting the Armor Schoolhouse. Thus we are very hands on for this training.

Tanks by their very nature capture the interest of young and old, less so for women, but guys and kids love them. Due to safety reasons we limit access on the vehicles, and we do not give tank rides as the European museums do.  We plan on using media/video and other educational methods to explain the science & physic of armored vehicles. We had educational science /math & physics programs for elementary/middle school/high school & college level instruction at Fort Knox

Chieftain: One of the great potential benefits of an museum such as the official museum of a nation’s armor branch is as a source document for research. Will this be supported?

Mr Dyer: We have a very large non-circulating reference library to assist with restoration projects. Once re-established, researchers can visit and scan in most of our material from the library, or with coordination measure the vehicles themselves.

Chieftain: The Patton Museum had a staff of knowledgeable mechanics living in the area, who had set up a good maintenance and restoration organization. How do you plan to re-create this  given that the volunteers didn't move with the collection? Will the maintenance/restoration shops be co-located?

Mr Dyer: For restoration, we lost a very valuable asset when BRAC moved the collection. At Ft Knox we had two mechanics and my-self and the curator who were the primary source for restoration knowledge. Additionally there were several volunteers who were very important knowledge sources & contributors to restoration projects.

My chief mechanic and I moved with the collection and will form the initial core for the future restoration of the collection. Additionally, there are a couple of the soldiers who were also volunteers, who transferred to Fort Benning and are reconnected with our operations. Yes, there will be a rebuilding period, but there appears to be some good options becoming available to us with a heavy maintenance facility that we may get soon. This facility will not be located within the footprint of the museum location, but it has the same level of support that Richardson Motor Pool had at Fort Knox, plus some that it did not have. 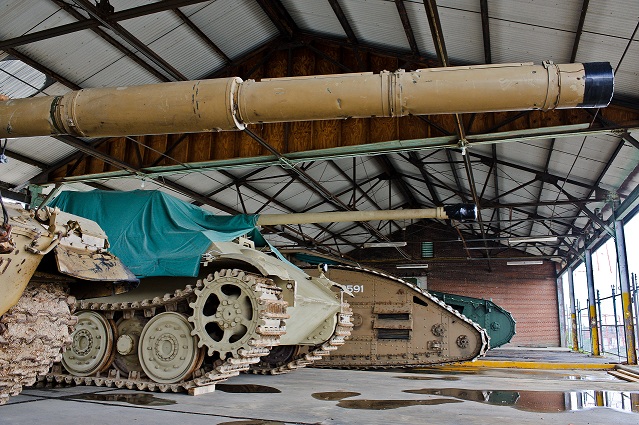 Chieftain How are you sorting out your arrangements with the Ordnance Museum and the National Museum of the US Army? All three are going to be on the East Coast, and there is the potential for overlap in coverage.

Mr Dyer: CMH has been using the BRAC for the museum to readjust the mission and collections. Many of the items that have been at Aberdeen with the Ordnance collection do not fall within their primary mission, but do fall under ours so some transferring of vehicles is taking place.

Chieftain: What is the focus of your work for the next few years until the museum opens?

Mr Dyer: Our focus over the next couple years is to re-organize the micro collection and weapons, and protect and preserve the macros. With the shop facility we will be able to hold Mother Nature back and once a vehicle has under gone restoration we will seek every location possible to get these inside or under cover until a facility is available. Also we want to fill-in gaps within our collection from my very long wish list. We also plan to reunite the horse Cavalry heritage with the Armor collection.

Chieftain: Coming to the end here, let’s move to yourself. What's your background, and how did you end up running the museum?

After active service, completed Master's program in Museum Studies, began working for the U.S. Army Center of Military History in 2002 with 2nd Cavalry Museum Fort Polk LA. Took over the Armor Collection in 2008.

Chieftain: What do you enjoy most about this job, and what are you looking forward to most?

Mr Dyer:: Training the Tankers, Cavalry Troopers & Marines, then working on the vehicles and learning more about how they work and were used in combat. Building exhibits is easy, especially when the vehicle come to life and can tell its own story.

Chieftain: Mr Dyer, I thank you for your time.

(All photos credit US Army)