I have far too many hobbies for my time (and wallet). The one I’ve been doing the longest, however, has been modelling. 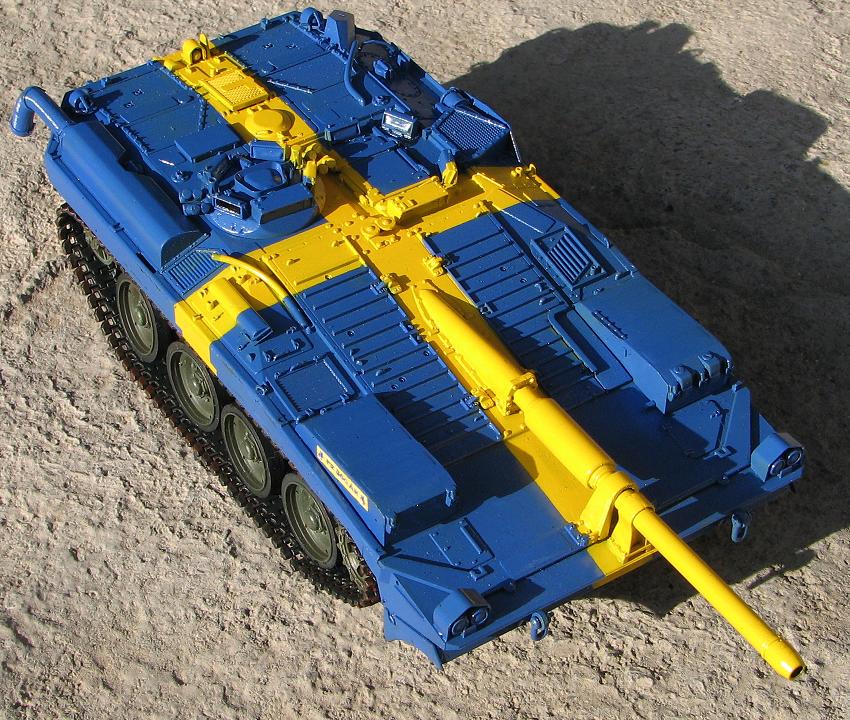 It started out many moons ago, in our house in Greece. My father was travelling often in the course of his business, and would often bring home a present of some sort. When I was about at the tender age of twelve, he showed up with a Tamiya Leopard 1, 1/35 scale.

We then spent a few afternoons sitting on the veranda as we put the thing together. Not exactly something to threaten Shepherd Paine, but what does one expect from a 12-year-old?

It all sortof went downhill from there, really. That’s what really got me hooked on tanks. I’m fairly sure my father has regretted it ever since. I’ll claim it as a business expense: The best way to know a tank if you can’t operate one is to put it together as a model. As you’re putting the pieces together, you can look at all the bits, bobs and bolts and try to figure out “just what does it do, and why did they put it there?” Model-making should be a mandatory hobby for soldiers.

These days, I’ll model most anything. Ships, tanks, aeroplanes, I’ve even put together a Florida Highway Patrol Caprice once. Mr Paine still isn't under threat from me, but at least I'm getting better.

One can find die-cast or pre-assembled models of great quality these days, probably better quality even than most people can do themselves, but you just can’t get the same satisfaction of being able to say ‘I built that’ when it's sitting on your shelf and someone's looking at it saying 'cool tank.'

Depending on my mood, I go into various levels of detail. Some, I go all-out, go with the photo-etch…

And others I just build straight from the box for pure therapeutic purposes. On the downside, usually those out-of-the-box builds are usually older low-grade kits that I don’t spend much time on, but invariably I spend so much time fixing the fit that I spend as long on them as I do on the modern kits with 400 small fiddly parts which at least tend to fit together well.

Of course, I go to my local modelling club, and there’s something of a lack of ‘young blood’ at it. Most of us are old fogies, many retired. Now, it could be that us old geezers are the only ones with time in the day, or it could be that models have become more expensive, but I don’t think that’s really it. Either way, sometimes I worry about the state of the hobby.

It’s not helped by the fact that the local hobby stores are closing. Sure, you can get everything you need online, but how often have you been doing a project on your car or house, and realized you need this one thing right now, and without it you’ve come to a screeching halt? I end up spending $10 in fuel to get a $5 tin of paint. In today’s fast paced world, it’s not really compatible, is it?

A related hobby I have is wargaming. These days, people often conjur up player vs player on the computer, but I’m thinking about the old-fashioned pewter-pushing type of wargaming. Am I the only one to lament passing of the concept of the lads gathered around a gaming table, with seven-course-meals (pizza and a six-pack) to hand, having a good laugh at the ludicrous situation which has just unfolded in the battle?

(Yes, I play 40k. It's much easier to find opponents for that than for Command Decision). It’s almost two hobbies for the price of one. Not only does one spend hours putting the miniatures together, one then gets the fun of playing with them. Of course, one has to spend 45 minutes of the day travelling to the friend’s house, and who has the room for the gaming table? It’s like my model railroad, which I don’t have. I’d like one, but even if I could find the square footage, the cat (who, I should add, is evil and spends her day primarily plotting world domination) would have it destroyed in short order. She can’t kill the computer. Well, not easily at any rate.

There may be a cure for my cynicism, however. I shall be at the iHobby expo later this month. Trains, planes, R/C cars and tanks... Oh my. Let’s see what wondrous products will be available for us to drool over. My closets and shelves are already filled with models I don’t have time to build, I look forward to the challenge of seeing what more I can squeeze into them. (My offspring are liable to be disappointed by their inheritence: Unbuilt kits galore).

But while we’re there, let’s have a bit of fun. The show is having a ‘bring your own model’ event. If you bring a model for display, you get free entry to the show. See the flyer (PDF).

We’ll be showing off World of Tanks at the show, so if you bring your model in, come find us with your receipt and give us your in-game name so we can link you to your model. You’ll then be entered into The Chieftain's Model Competition. It doesn’t have to be a tank either. The rules will be invented three days after the show ends, and the prizes will be thought up down the pub later that night, but I’ll post up a pic of your model here in the Hatch at some point after we get back to the office.