The problem with Tiger is that everyone seems to be an expert. They know everything about it, and if they see something which doesn’t match with their preconceptions, it’s wrong. As a result, when people finally get to Tiger, they are often confused by what is in the garage in front of them.

It seems to be a question which comes up often enough. I recall one ticket that got sent to support explaining to us, quite politely, that the developers had erred, and that the early and late model turrets of Tiger 1 differed in ‘this’ manner and that whatever turret is on the Tiger when you buy it in the game, it’s not an early model turret and should be changed. Well, this isn’t really true. What you have in your garage when you buy a stock Tiger is the ‘real’ Tiger as the Germans intended it to be, a Pz.Kpfw.VI H Ausf. H2, and which few people have heard of. To relieve us of having to respond to the same question repetedly, allow me to explain.

The Tiger we all know and love was not really the desired end-state. The development of the vehicle went through a few stages, the process of which I cannot explain in a manner better than Jentz and Doyle, and so I’m not going to try. And, since I don’t want to be on the wrong side of copyright violations, I’m not going to go quoting them at length either: If you really want to know the gritty details, go find buy their book or rent it out of a library. But here’s the nutshell version.

The requirement was put out for a breakthrough tank in the 45 ton range.

Porsche was first out the gate with its Panzerkapmfwagen VI (P), the Typ 101, but he more or less came up with his own specifications. A hundred chassis were ordered, with the Krupp turrets which had been designed for Typ 100, the Tiger P’s predecessor. The vehicle went for trials where they weren’t massively successful. 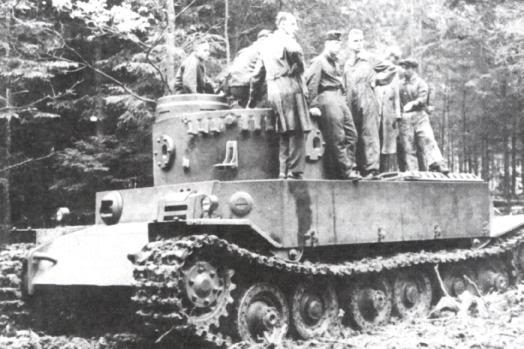 Over on the other side of the field, Henschel were working more to the specifications listed by the higher authority  (actually, at the Eagle’s Nest). The initial instruction was for a tank with a 75mm squeeze-bore cannon with 100mm frontal, and 60mm side armour, and to see if an 88mm cannon was feasible. As a result, Wa Pruef 6 (Basically the German version of the US’s Ordnance Tank Design Board) put out a contract for Henschel to tweak the VK36.01 design a bit (turning it into VK 45.01), and make it suitable for mounting an 88mm cannon if required.

This was done, but the preference (read: ‘Hitler directive’) was still for a vehicle with a 75mm cannon which, as long as it penetrated 100mm of armour at 30 degrees at 1,400m, was going to be quite acceptable due to the smaller turret and vehicle, lower overall weight, and larger ammunition capacity. Hitler personally directed that the squeeze-bore cannon only be implemented if sufficient stocks of tungsten were available, and such was not the case. As a result, the 7.5cm KwK 42 / 70 was selected to arm the tank. Rheinmetall was selected to develop the turret to mount this cannon onto the VK45.01 chassis, this turret to be called the VK 45.01 (Rh). 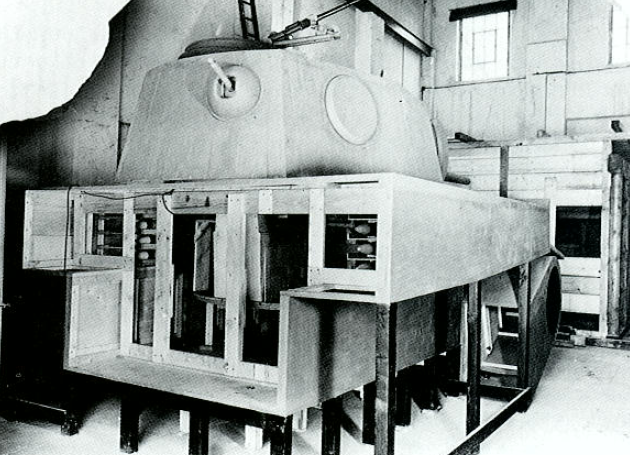 We now have the situation where Henschel is able to start producing hulls fairly quickly as they are only doing (granted, heavy) modifications to an already extant design, and Krupp is already under contract to build 100 turrets for Porsche’s Tiger which doesn’t seem to be working out well yet. As a result, it made a lot of sense to have Henschel start building the hulls, and to put the Krupp 8.8cm turrets onto them, to get something into the field, making Pzkpfw VI H Ausf H1. All Tigers built after #101 (estimated to be Feb 1943) inclusive were to be Pzkpfw VI H Ausf H2, with the smaller turret with the 75mm gun which could penetrate 100mm of armour. The fact that the 8.8cm gun did not achieve the desire level of penetration was balanced by the fact that this would give Rheinmetall plenty of time to sort out their VK45.01 (Rh) turret, whilst doing something useful with the currently produced turrets and hull production capacity. (In the long run, this also explains why the Porsche Tiger chassis ended up being converted to Sturmgeschutzen: The turrets built for them were no longer available, and Krupp was now tooled up to build hydraulically operated turrets, not electrical). Basically what came off the production line in August 1942 was what was intended to be an interim vehicle. 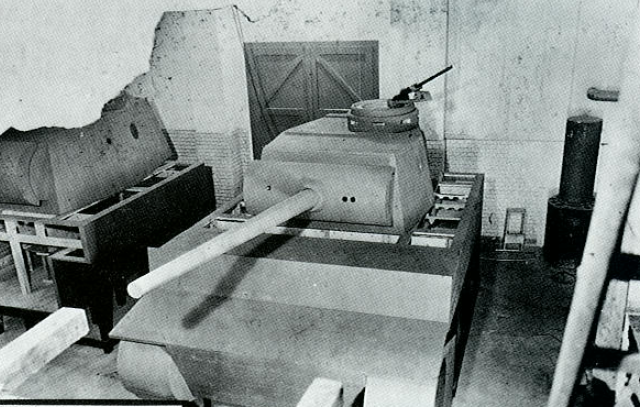 There was, of course, one final turn in the story. (Obviously, as the Ausf H2 never did make it into production). That was a new 8.8cm AP shell which could meet the 100mm penetration requirements. Then add the fact that it was determined that the Krupp turret could mount the 8.8cm / 71 thus giving it significantly greater potential than the Rheinmetall turret, all present requirements could be met, and future requirements easily accommodated without the need to tool up production for another turret which hadn’t yet had its design completed and which probably would have a shorter overall service life even if it could meet the current requirements better. 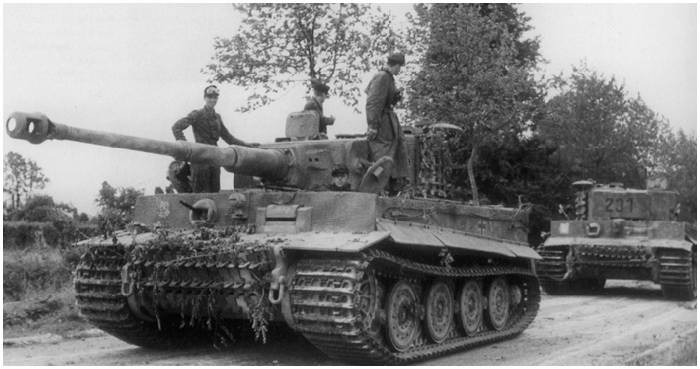