For the El Alamein 101 primer, I shall hand over the keyboard to a guest author, historian Dana Lombardy. 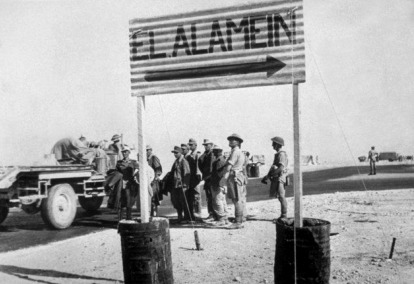 The largest battle fought in North Africa in World War II was Second Alamein, over a period of thirteen days, from October 23 until November 4, 1942. The victory by Lieutenant General Bernard Montgomery’s 8th Army over Field Marshal Erwin Rommel’s Panzer Army Afrika was seen as a pivotal battle by Great Britain – the country’s first major land victory since the war began 38 months before. British Prime Minister Winston Churchill wrote: “Before Alamein we never had a victory. After Alamein we never had a defeat.”

Montgomery amassed eleven divisions for his attack. Three of these were armoured divisions, including the famous “Desert Rats” 7th Armoured. Rommel, who had previously earned the name “Desert Fox” for his exploits, had two panzer divisions – 15th and 21st – in the Afrika Korps, plus two German light motorized infantry divisions and ten small Italian divisions (two of those were armored divisions with light armored vehicles).

Rommel’s defenses included 450,000 mines laid in corridors to funnel attacking tanks into kill zones where dozens of powerful 88mm dual anti-aircraft/anti-tank guns waited. The panzers of the Afrika Korps were used as a counter-attack force to stop and seal off Allied penetrations. After two weeks of hammering Rommel’s line, this battle of attrition finally broke the Axis line. Rommel ordered a retreat with only 35 German and 20 Italian tanks left to form a rear guard. More than 30,000 Germans and Italians and nearly all of Rommel’s artillery and tanks were captured. Montgomery’s 8th Army suffered 14,000 men killed and wounded and 432 tanks destroyed or disabled.

Axis Forces. The best tank Rommel had was the Panzer IV F2 with the long L/43 75mm gun but there were only 30 of these available. Another eight Panzer IVs were still armed with the short L/24 75mm. Most German mediums at Alamein were Panzer IIIs with extra armor and up-gunned from 37mm to the L/42 50mm (85 available), plus 88 Panzer IIIs with the latest L/60 version of the 50mm. There were also some Marder tank destroyers with captured Russian 76.2mm guns mounted on a Panzer 38t chassis. All of these counted for less than half of Rommel’s tank force, the majority being light tanks: 20mm-armed Panzer IIs (31 available) and Italian L6/40s; Italian “medium” M13/40 and newer M14/41 tanks armed with a 47mm gun; and a few Italian model 75/18 self-propelled armored vehicles with low velocity 75mm guns. 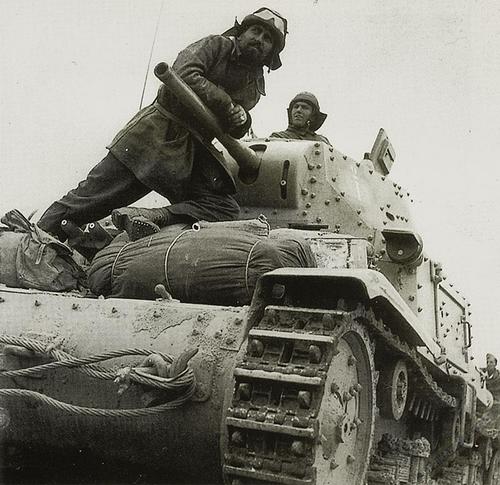 Allied Forces. Second Alamein was the combat debut of the American M4 Sherman medium tank. Although it is often compared unfavorably to the German Panther and Tiger tanks it later encountered, the 252 Shermans were effective against all of Rommel’s tanks at Alamein, and the Sherman’s M3 75mm was the best gun in Montgomery’s tank force. Other American-built tanks in the 8th Army included 119 M3 “Honey” light tank with a 37mm gun and 170 M3 “Grant” mediums with a hull-mounted low velocity M2 75mm and 37mm in the turret. Montgomery’s armoured brigades included 216 Crusaders IIs and 194 Valentines with the 2-pounder (40mm) gun, plus 78 Crusader IIIs and six Churchills with the new 6-pounder (57mm) main gun. 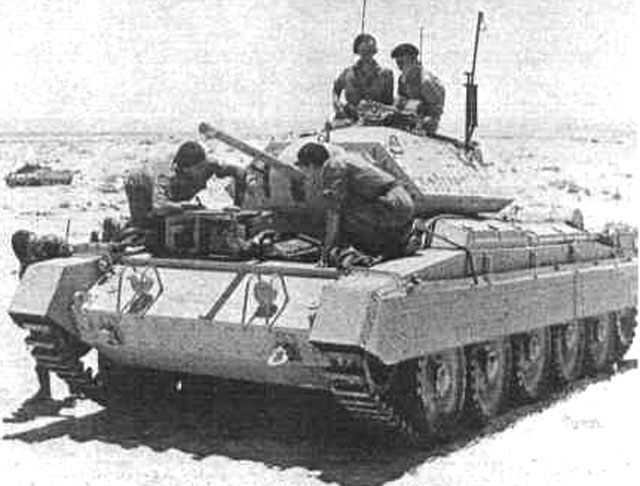