A little whle ago, someone higher than me in the Wargaming org structure linked me to this article over on WND and asked if The Chieftain had any particular interest in writing an opinion on the matter.

Well, I often view a ‘question’ from my colonel as usually more along the lines of a subtle way of phrasing ‘do this,’ so I’m taking this the same way, and as it happens, it actually is something I have a bit of an opinion on. Of course, my opinion is just that, but I put this forward as a bit of a conversation starter. So, allow me to receive from supply a Box, Soap, 1 (each).

Here’s the operative bit of the WND article:

“The U.S. Army is about to undertake a doctrinal change wherein its training for soldiers will shift from counter-insurgency, or COIN, to more conventional tactics over the next five years – even though the Department of Defense itself projects that the nation will befighting counter-insurgency for many years to come, a DoD source told Joseph Farah's G2 Bulletin.

"They're dressing it up as 'troops have entirely forgotten how to fight a conventional force-on-force (tank-on-tank) fight,' and we need to get back into doing that," the source quoted army commanders as saying. “

The last proper maneuver force-on-force, tanks vs tanks at the National Training Center in Ft Irwin, occurred, if I don’t miss my guess, in 2005. Ever since then, it’s been pretty much mission readiness exercises for units going to Iraq or Afghanistan. They’ve been talking about trying to at least do a hybrid exercise (Some tanks, some insurgency, some ‘complex web defence’) for a couple of years now, but they keep seem to be being pushed back.

I attended the Maneuver Captain’s Career Course way back in 2008. About 65 of us in the auditorium on Day 1, just over half were actually 19-series (Armor) officers. The question by the lead instructor was posed “How many of you have fired a Tank Table VIII?”, this being the basic crew qualification gunnery exercise of the time. (It’s now Table VI). Maybe a third of us, so 2/3 of the tankers raised their hands. Not a good start, as this meant that a full third of the company commanders of the immediate future would be taking a tank unit command without having qualified on the tank. And sales of tanker boots will drop too. Fortunately, (or not, depending on your point of view), there are now substantially more cavalry commands than there are tank commands. So the follow-on question was “How many of you have fired a Bradley Table VIII?” Maybe 1/3 of us raised our hands. “How many have fired both?” One solitary lieutenant raises his hand, and, of course, Branch doesn’t take gunnery qualification in mind when assigning new positions so only that one LT was in a happy position no matter which way he went. (Of course, given all the deployments, most everyone was au-fait with the crew-served qualifications for trucks)

Now, of course, there’s far more to life than gunnery tables. To a very large extent, the only thing a gunnery table will prove you can do is hit pieces of plywood in a controlled environment, but it is an indicator as to just how much time was being spent on steel as of three years ago. 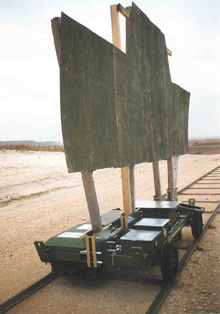 The “Holy Grail” of the Captain’s Course was the Combined Arms Breach. Justifiably so, I submit, as it’s one of those high-intensity events which requires the use and co-ordination of pretty much every enabler on the conventional battlefield. The thinking was along the lines as follows: Lieutenants, when they went through the Armor School, were basically taught how to operate a tank and Bradley, but more emphasis was placed on COIN tactics because the reality was that a lot of newly certified 2LTs would find themselves on the ground with a rifle and some HMMWVs in Iraq very shortly after graduating their basic course. Especially with the rotation rate as it was, units would come back from deployment and immediately find themselves after post-deployment leave with a warning order for another deployment on the horizon. It was basically getting to the point that the only units focusing primarily on conventional operations were the ones in Korea. As a result, with the fundamentals of COIN both taught and exercised by the time most officers reached Captain, the thinking went, it was time to focus more on the ‘core competencies’ and give the Captains the education they needed to catch up with the ‘conventional’ thinking that was required. 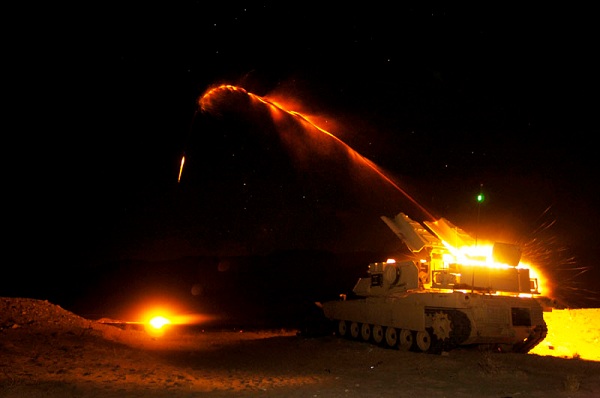 One of the better examples of this need was an article maybe a year ago on the... erm… ‘creative’ application of using mine ploughs as counter-IED equipment which was published in Armor Magazine, effectively the professional journal of the armor community. However it got past the editorial staff, at least they rectified it by publishing a letter the following issue from a retired LTC who was quite scathing of the article and its detachment from reality down to the level of “This is what a mine plough is and how it works, for those of you who haven’t ever used one which it seems the author hasn’t.” In fairness, it is quite likely that most tankers of today have never actually mounted a mine plough onto their tank. There’s only so much time in the training calendar. But who’s to say we won’t suddenly find ourselves deploying rapidly to a place where such a skill is required? “Hold the war, guys, we need to break out the dash-tens and figure this out.” 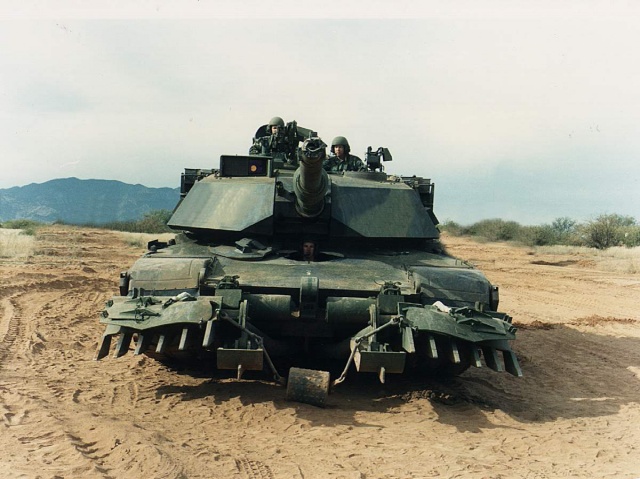 This also concerns me a little bit when it comes to the education we're emphasising on our junior officers. Until recently enough, there wasn't much of a 'tab club' (or whatever you want to call it) in the armor community. Not having a Ranger Tab is apparently considered somewhat of a hindrance to the career of an Infantry officer. Tankers, we didn't care so much about it. Cool to have, but not considered much of a career requirement. I don't recall Creighton Abrams having a Ranger Tab, for example. Nowadays, however, it's considered to be something of greater importance and Armor lieutenants are often encouraged to attend especially, as the argument goes, as so many of them are conducting dismounted operations. Now, I'm not knocking the course itself, but that's a couple of months that an armor lieutenant in his most important formative years is not learning the tank. For a while, LTs were getting promoted to CPT after 36 months time in service. Two months (plus admin time) of Ranger school may not seem like much out of 36, but don't forget also that you also have five months of Basic Officer's Course in there, and, oh yeah, probably a year's deployment. And any other courses that he may happen to attend. The amount of time that a Lieutenant is on steel (if he's in a heavy unit) suddenly starts looking pretty slim and call me narrow-minded, but I think the best tank officers are likely those who spent the most time on their tanks.

One of the instructional events was the little Israeli foray into the Lebanon in 2006. Without going into many details, it is an example of what happens when you let conventional warfighting skills atrophy, and Fort Knox was sure to tap into the Israeli experience. It was nowhere near the disaster that a lot of people make it out to be because the Israeli military eventually started to sort itself out, but there were still some shocking examples of mindset issues. The incident at Wadi Saluki was a case in point: 24 tanks of Brigade 401 were raked by missile fire, eleven were hit. Not a single tank commander thought to pop smoke, which is somewhat astonishing. 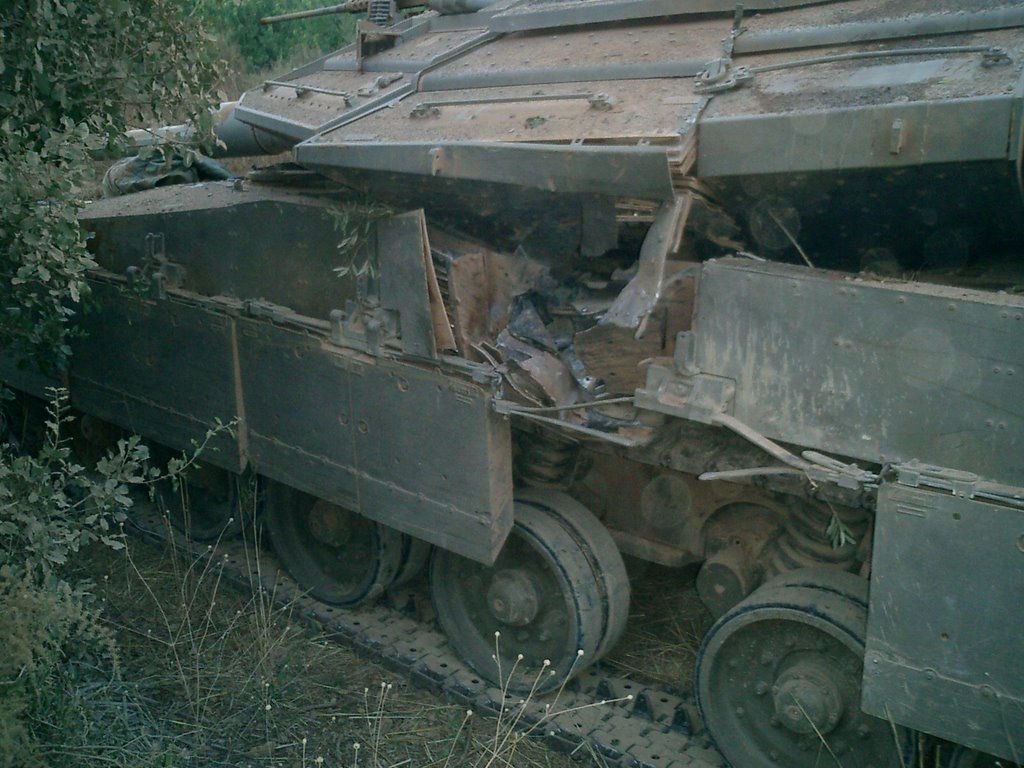 Truth be told, I have no idea how (or if) the other nations which have been involved in low-intensity operations recently such as France, Britain or Canada have been able to sustain their conventional warfighting skills, but they are too professional to not understand the possible negative repercussions as demonstrated by Israel’s experience. If their tankers, engineers, gunners and other such ‘conventional’ troops have the time to keep up to speed is another matter. I’d be curious to see foreign input on this matter on the forum thread (click below!) 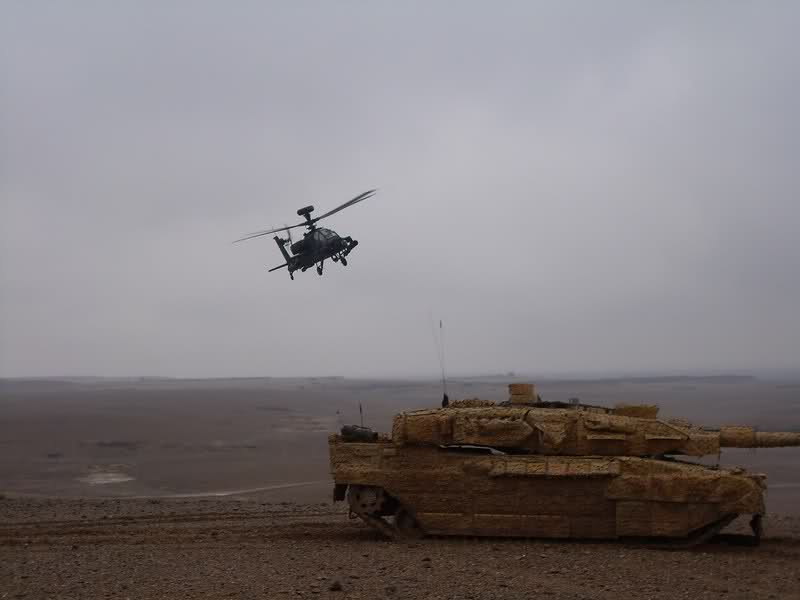 Of course, there’s never enough time or money to do everything that you want to do. We know that the war we’re currently involved in is low-intensity, there is a very definite need to know how to conduct it and it is obvious that you want your guys as well trained as possible when they get off the 'plane. Chances are that next time my unit deploys overseas it will be in a low-intensity role. That said, the Army, in its infinite wisdom, gave me all that heavy armour sitting in the motor pool for a specific purpose: I’ve an Armored Recon Troop, not a Counter-Insurgency Troop. Surely that implies that we should be training for the armoured recon role? Then again, if we ‘pick’ the wrong focus to train on, how easy is it convert on short notice to the other role?

It's one of the elephants in the room. The good thing is that the elephant has been seen: DoD's talking about it, senior leaders in the Army are talking about it, but we have still prioritised the current fight. Still, I can’t help but have that nagging feeling that we’re not quite as good at dealing with tanks, artillery, helicopters etc. as we think we are. (Though granted, the real question is "are we 'good enough to do the job'?") It is reassuring to know that ‘DOD Sources’ and course instructors are cognizant of the threat of skills atrophy, but until I see M1s fighting OSV-Ts with MILES in Ft Irwin, and combined with M2-Es hauling MCLCs I’m not going to be entirely comfortable with our current state of affairs.

So that's me getting off the soapbox. If you're a tanker and have recently done an all-arms exercise to include a breach of a defended obstacle, please let me know and reassure me!