The Chieftain's Hatch: Built to Run

The traffic in the California region can be aggravating at times. One of the nice things about driving the California freeways, however, is the fact that if it’s a nice day (which, in much of California, is most of the year), there is an excellent chance that you will find yourself sharing the road with a classic car. I don’t just mean mass cruises, either, which are always head-turners. I mean someone who is doing some daily business, be it commute or a shop run, or just a Sunday drive, in a car which makes absolutely no sense. From Model As to Plymouth Barracudas, I’ve seen most anything on wheels going wherever they’re going. They’re uncomfortable, unsafe, uneconomical, eco-unfriendly… Sensible and rational owners would have consigned them to the scrap heap years ago. Why are they still out there? I think I know.

I swung by the Blackhawk Museum in Danville last year. It is an astounding collection of some of the rarest, most pristine cars it is possible to find anywhere in the world. 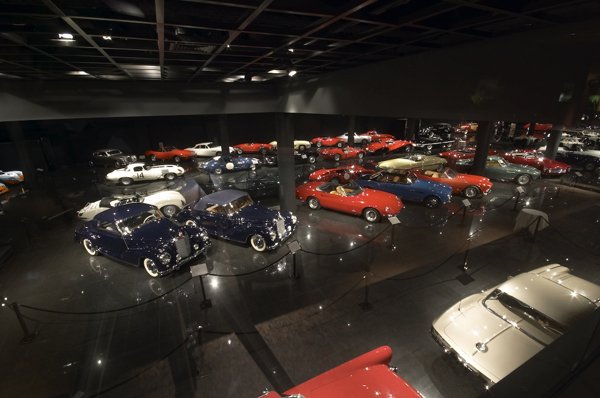 Most are in operating condition, I checked with their mechanic. But seem to just sit there, those awe-inspiring creations, looking pretty for all the visitors like me. On occasion, they'll be flat-bedded to a councours. Pretty as they are, though, they’re not doing what they’re supposed to be doing.

About the only sport I watch is Formula 1, and please, no discussing the current championship in the forum as I have a few races recorded that I have yet to watch. I took the following photograph at the Hungarian Grand Prix a couple of years ago, I show it, if you’ll forgive the poor quality, to demonstrate a point. 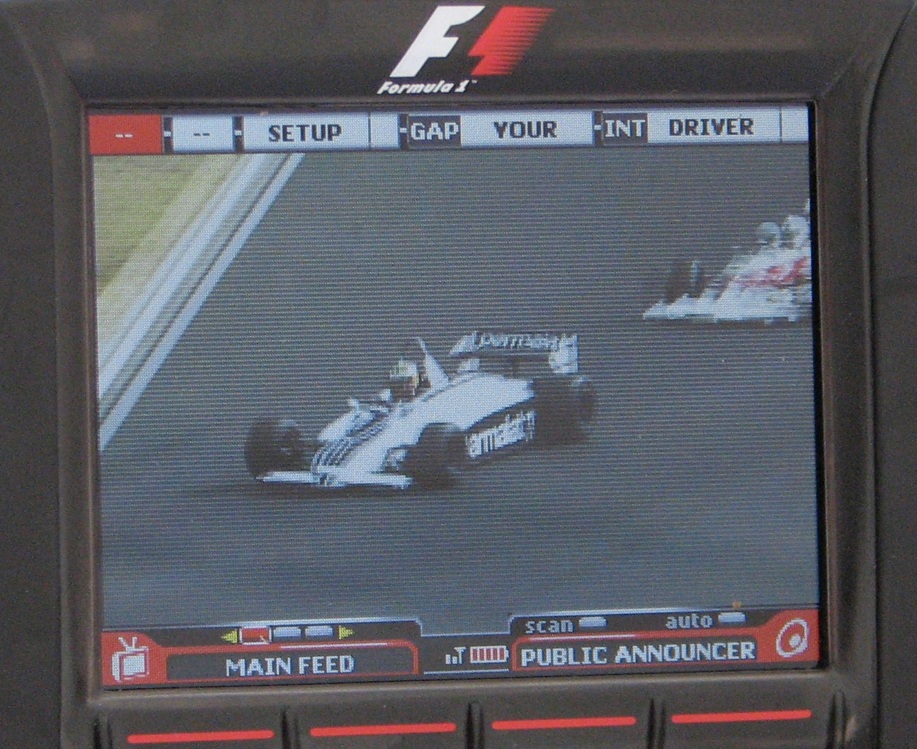 F1 aficionados may recognize the Brabham Cosworth BT49D fighting to defend its position from the Arrows A6 following close behind.  It would be tempting to think that I was watching a re-run of a race from the early 1980s, but no, the video stream was live. The drivers were hurling these rare vehicles, and compared to today’s cars, they're downright deathtraps, around the track, fighting each other for position. It would be so easy for one vehicle to spin out, crash, catch fire, or otherwise be destroyed. Or worse, collide with another vehicle and both would be totalled. It would be a shame for such a vehicle to be lost to the world. These people, however, evidently believe that it would be an ever greater shame for such a vehicle not to do what it’s supposed to, and that’s race. Below is a picture of Tyrrell P34 also in the same race for sheer cool factor. Where would you even start to find a new front suspension for this if it's damaged? 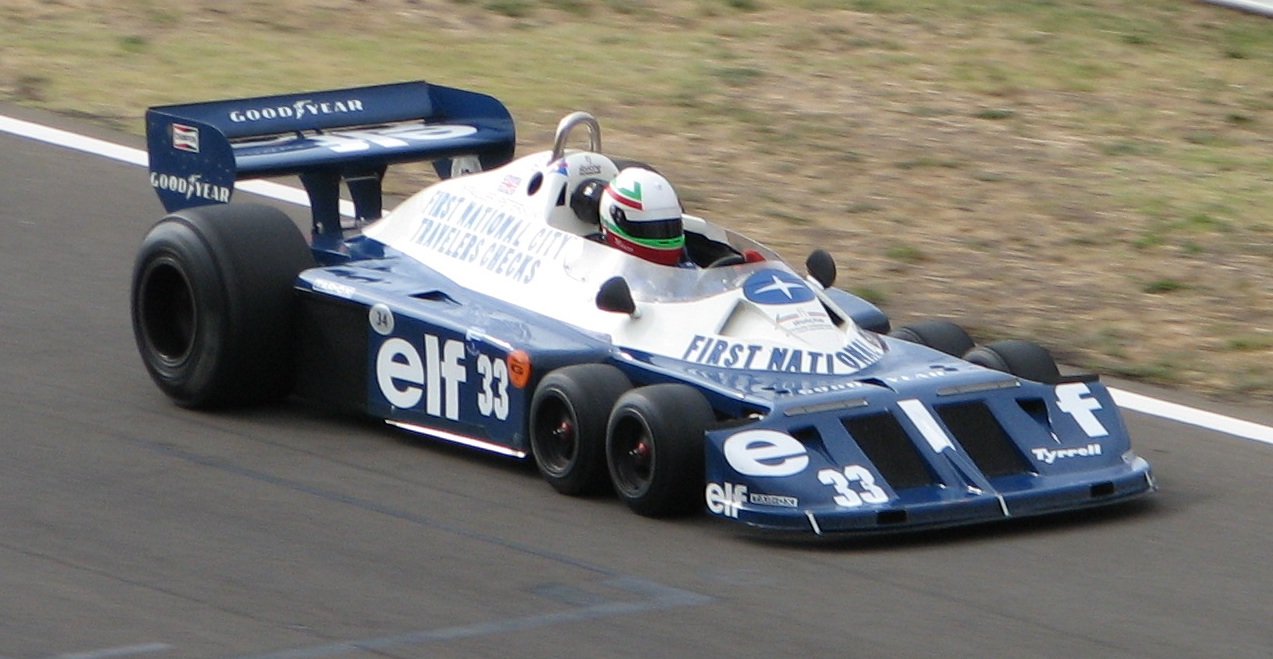 So when you go visit a tank museum, you can’t help but somehow feel a little sad. Yes, it is true that at least they weren’t torched and melted down for scrap. But when you look at that Centurion or M4 sitting there, you can’t help but wonder when was the last time its engine roared, or the turret motors whined. Let alone the last time that it sent a round downrange, eyes eagerly watching the impact. Aberdeen Proving Ground’s collection was particularly depressing, as vehicles rusted away, exposed to the elements.

The Danes, though, came up with a solution to such melancholy. A while ago, they decided to finally get rid of all that surplus 76mm and 105mm ammunition that they had in storage. The Danish Army has standardized on the Leopard 2A5DK, and has no further use for the obsolescent ammunition. Most militaries, when they want to dispose of unwanted ammunition, put it all in a big pit and blow it up.  The Danes had a better idea. They went to the museum to see what they could do.

The old warhorses were back in action. Moving on their own power to the firing line. M41, Centurion, Leopard 1. The event, held every year, is called “Open Heath” (Åben Hede), a sort of mini-TankFest, but with live ammunition. 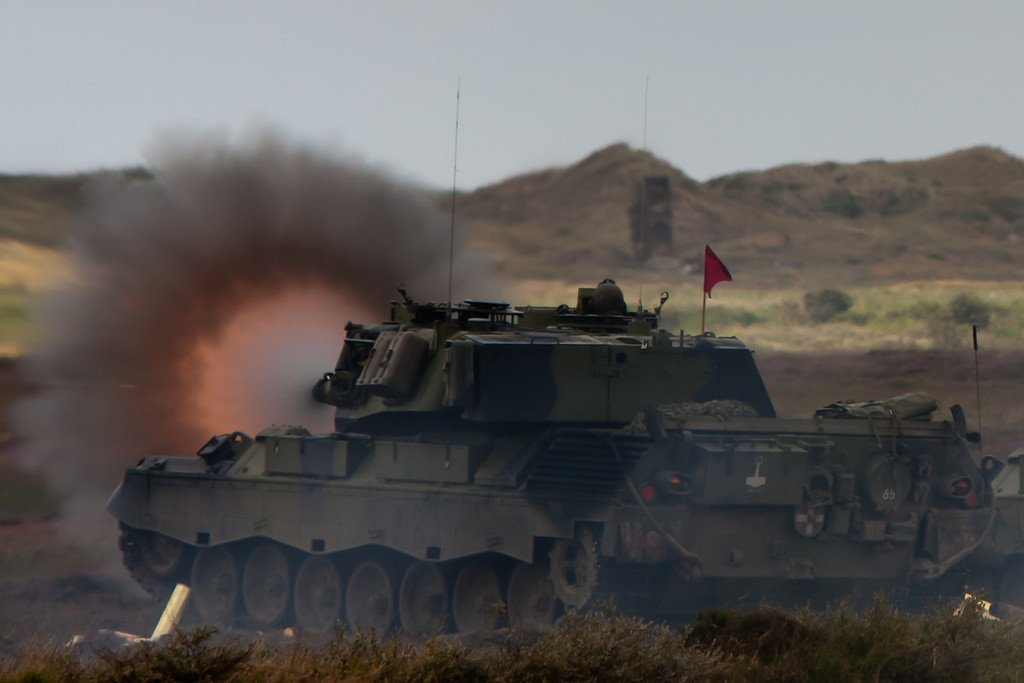 These guys have the right idea.

Now, most musea can’t go that far. Even if they had the various licenses for the ordnance, they wouldn’t have the room to shoot them. What they can do, though, and credit to the dedicated mechanics, usually volunteers, who do it, is at least get them running.

Last week I had the privilege of attending and (because anything beyond basic gofer assistance generally wasn’t required) providing moral support at, the reactivation of an M4A3E2, a “Jumbo”. There are only six of these left, so it’s a bit special. It had been partially restored by Jacques Littlefield, then parked in the display hangar. Please forgive the sound issues at times; Canon did not design my camera with operation inside tanks in mind.

It’s a small thing, as the vehicle had been restored to running condition a few years previously, but ever since then, it was parked on display and the motor never roared again. This appreciation of even this small victory can be heard in the voices of the attendees, and the smile on the chief mechanic’s face, at the driver’s controls.

As for those guys driving on the freeway in their 1965 Pontiacs? You’ll see a smile on their faces too, and appreciation and cameras clicking from the people driving around them. They’re designed to drive, and driving’s what they do best.