I'll let you into a little secret. Before I joined the Army, I took a serious consideration to joining the Navy. 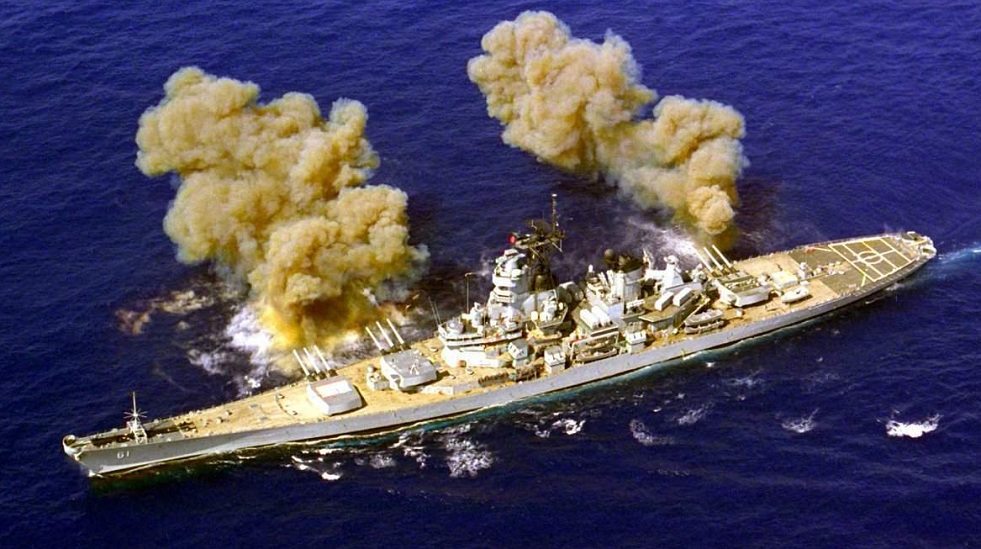 I had always liked ships, and always take advantage of any opportunity I can of a warship visit to get aboard and look around. My maternal grandfather was a sailor. I knew him as a captain of a bulk carrier, but in the Greek Civil War, he commanded a minsweeper (on the monarchist side, if you're curious). I played Harpoon long before I went into land wargames. But as I was contemplating my options, I got to thinking "So, what would Unable Seaman Chieftain be doing as a new recruit in the Navy?" Probably standing watch somewhere, like a bridge wing. And, since 'home' for me at the time was next to the Atlantic, not the Pacific, I wasn't thinking of sailing into Pearl Harbour on a sunny day, with the natives waiting to issue out leis. No, I had instead visions of spending a night in a January North Atlantic storm. Standing on the bridge wing. 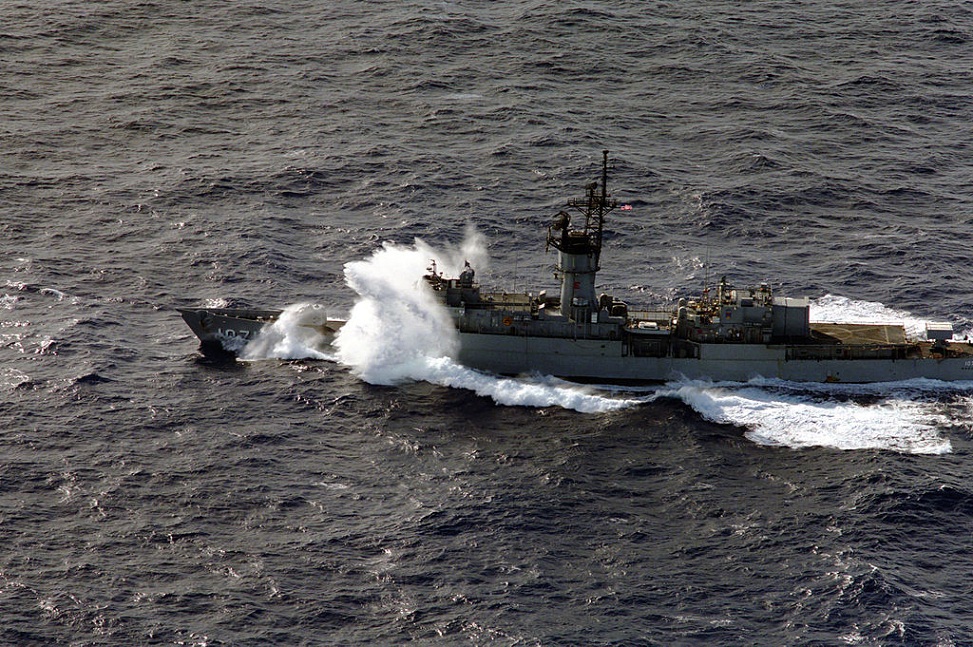 Now, to my mind, the above picture is actually pretty mild despite the apparent moistening of the bridge. I've not had the pleasure of sailing the North Atlantic, and frankly, I found one stormy crossing of the Irish Sea to be bad enough. My imagination runs away with me, though, and I do recall watching the WWII reels of the Royal Navy setting out to do battle with the German Fleet with the ship pitching forty degrees and visibility barely going to the front of the ship what with the rain and spray. Suffice to say, I figured I would be in for being cold, wet and miserable. Oh, and probably seasick. And worse, the ship might sink.

Well, I figured if I'm going to be cold, wet and miserable, I might as well do it on land and not worry about the swimming to shore bit. In hindsight, though, I did fail to take the logic to the next stage: After two hours on watch on the bridge wing, assuming you don't fall off the side, you get to go inside the ship where it's kindof warm and dry. And they have the odd shower. However, in the Army, after your cold, wet and miserable two hours watch, you get to go inside your cold, wet sleeping bag, where you're just as miserable and sleepless for the rest of the night. But that's as may be. Onto the point of this piece.

As you may know, Wargaming.net's North American office is located in the San Francisco bay area. A part of the country with a strong Naval heritage. You may be aware that quite some time ago, San Francisco's Senator Feinstein decided that as a nod to the area's WWII and cold-war naval history, she would push to have one of the Iowa class battlewagons, USS Iowa herself, set up as a museum in San Francisco. As a result, Iowa was moved to the mothball fleet near Benecia, further up the San Francsisco bay. You could catch glimpses of her as you drove by on 680, but unfortunately, moored in the position she was, you never could get a good look at her. I did fly overhead once or twice, but even at 2,000', there's only so much you can see. 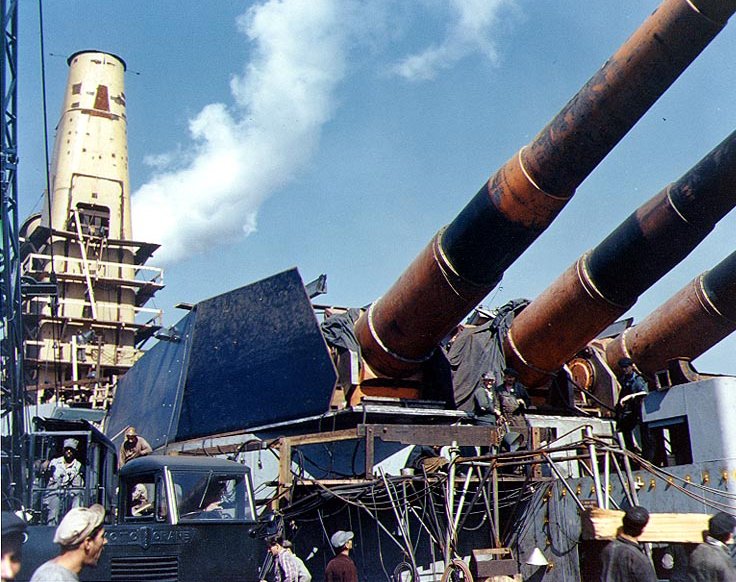 You may also be aware that this plan was torpedoed by the city of San Francisco about six years ago, when they decided to decline the ship. So she continued to sit in the mothball fleet as various other cities fought over her. Finally, Los Angeles got the nod, and preparations started to be made for the transit.

About a month ago, the ship was finally moved, a couple of miles further into the bay to the city of Richmond, where some work would be undertaken to ensure she was fit for towing to Los Angeles. This thus became the first proper chance for people on the US West Coast to see a battleship up close. Until preparations are complete, you can drive to Richmond and visit her. 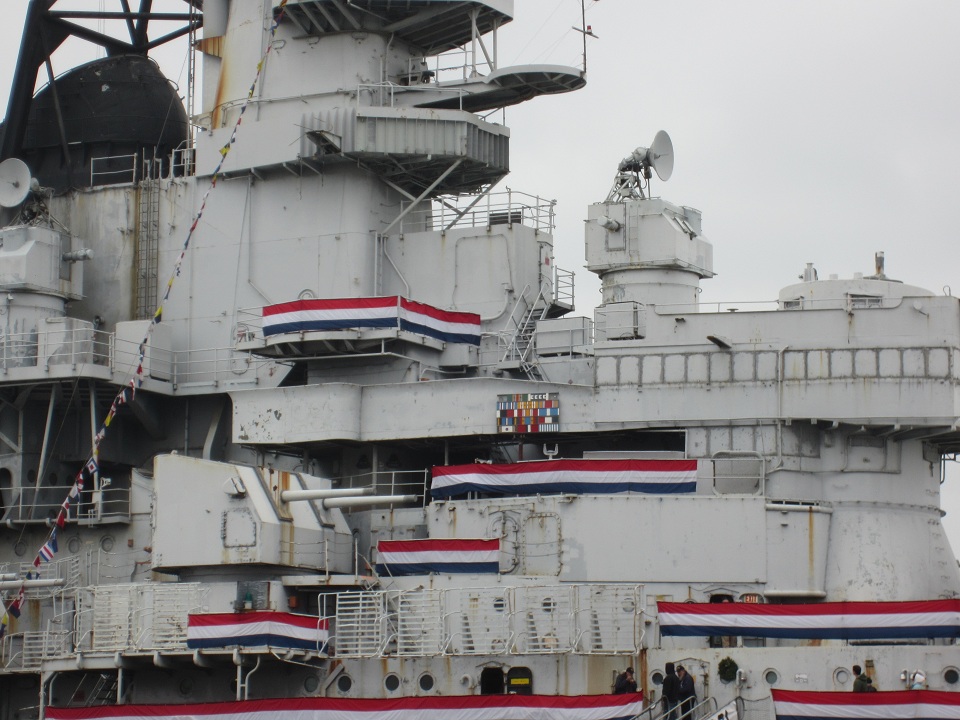 It's probably not the best part of town, truth be told, but it is easy to get to. For some reason, I was expecting the ship to be a tad bigger than it is. I guess when you have 18" of armour, it tends to increase the tonnage a bit compared to its length. Still, it looks like you're expect a battleship to look like, if, perhaps in need of a bit of a paint job. Climb aboard just below the bridge, make a right and walk on the plywood path towards the bow. If you thought the ship was in need of a paint job, wait until you see the decking. 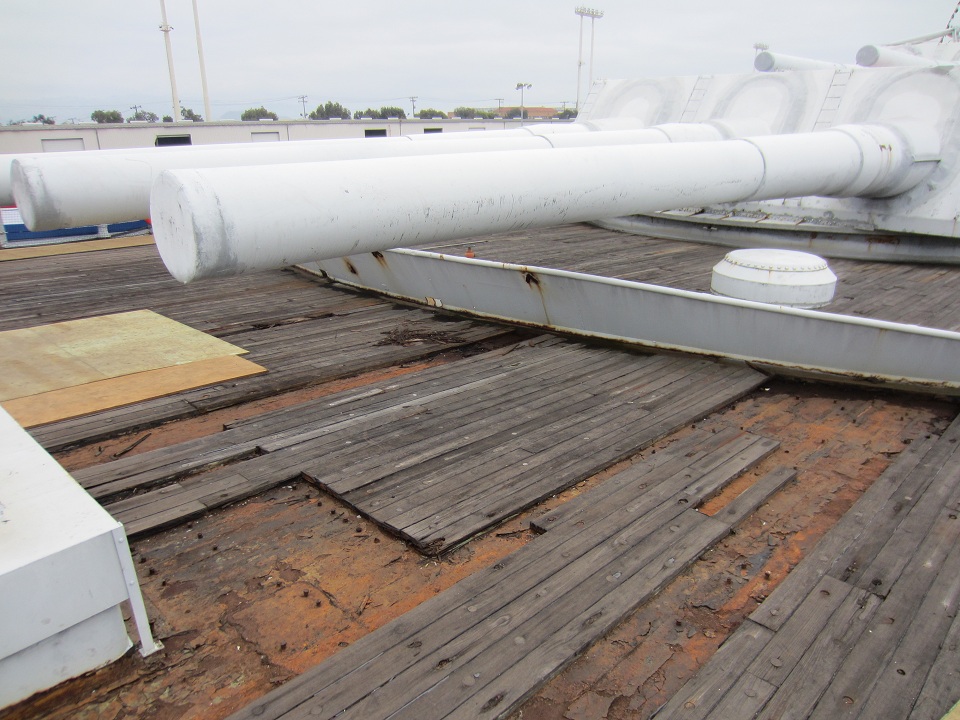 Sitting unmaintained for over two decades has definitely left its mark. The teak is in terrible condition, with planks separating from the decking despite the rivets or simply having been removed entirely. I dread to think how much it will cost to re-plank the entire ship. It also explains why they put the plywood down to walk on, it's just plain unsafe. 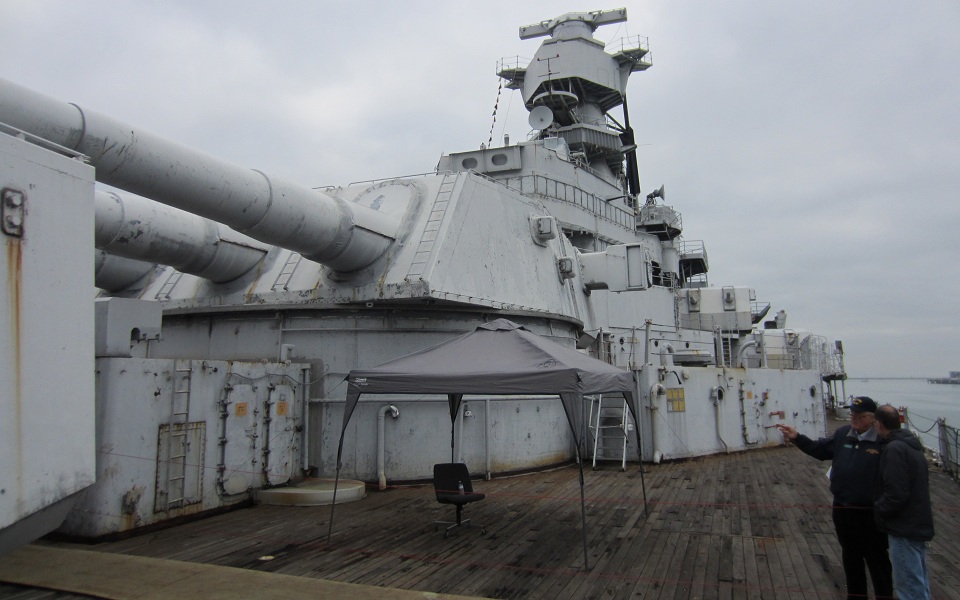 Despite that, I'm told by the staff that inside, the ship is still in excellent condition, with dehumidifaction systems having been running throughout for years. This is the disappointment of the visit: We never got a look inside, any of it. Not even a glance through a hatch. All windows and portholes are sealed. There are a couple of old vets who are more than willing to tell you what they saw or anything else you want to know about the ship, but for any evidence of that's inside, there are photos up from an inspection of about a year ago. There is also very little evidence on the outside of the explosion that took place in the gun turret in 1989.

Continue walking around the turret, return to the gangway and the pier. That's it. That's your $10. I know that the conversion to a museum is going to be expensive, but really? Granted, they have a couple of displays inside a nearby hangar, a projectile and propellant, diagrams, models, a gift shop, and two local musea have brought some equipment, to include an M16 halftrack and a Sheridan light tank, but just be warned: Your time on Iowa will be brief if you visit.

If you want, though, you can spend days aboard her. For a suitably large donation, (Think four-or-five-figure sums here) you can ride down the California Coast to Los Angeles early next year when they tow her to her next home. They're also raffling off some tickets. See their website for details on this possibility, or on how to visit her while she's in Richmond. Personally, I don't have that much money to burn. I do have a Tamiya model of the ship to finish, though. I guess that'll have to do until she's open for business again. 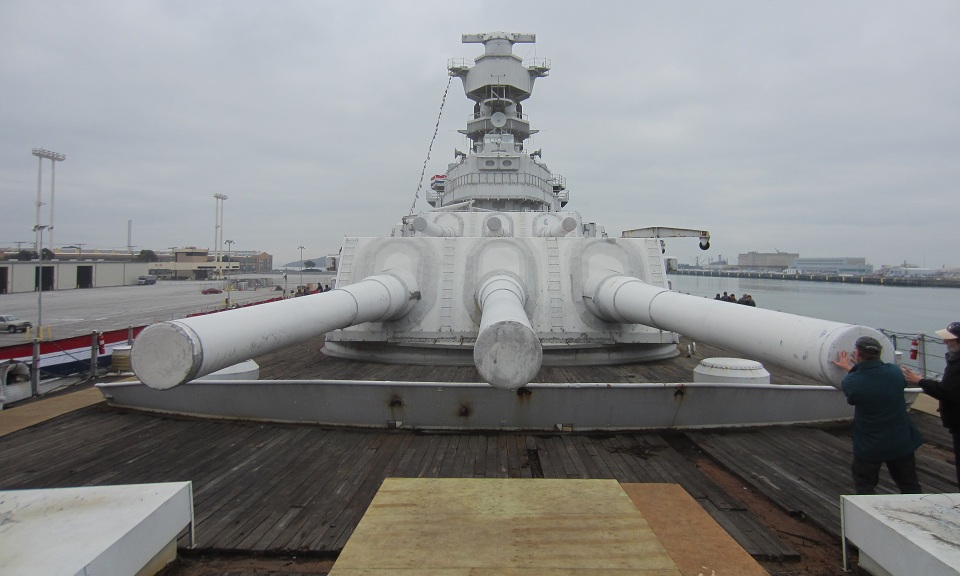