The Chieftain's Hatch: A Bigger Kitty

VK 45.03. Tiger III. Tiger II. Tiger Ausf B. They're all the same tank. Even after reading and rereading the books on King Tiger's development, I'm still a little confused, though perhaps a little less than before. You'd think that a country with a reputation of organization such as Germany would have had a system easier to decipher, but as Hilary Doyle intimated in Operation Think Tank, the various companies competing for contracts tended to be as interested in the money as their patriotic duty to see the war won. No doubt the winds of fortune changed as company leadership leaned upon patrons in the political hierarchy. Anyway, since the VK 45.03 Premium tank is now on sale, let's have a look at its background. 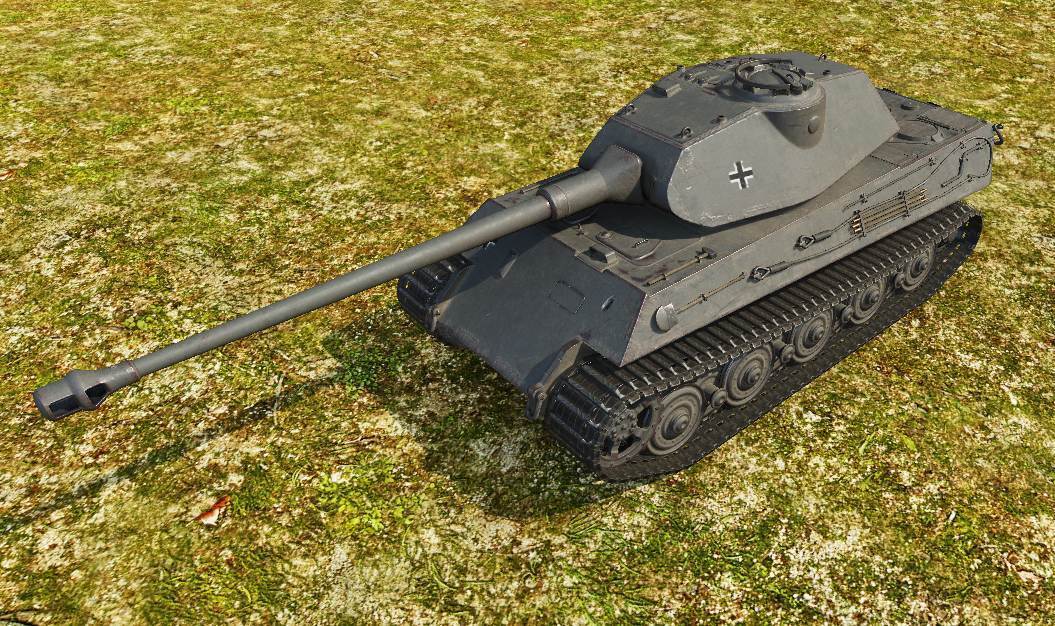 The 45.03 existed only on paper, and, as near as I can tell, only for about six weeks. Writing a historical article to support the sale has proven a challenge!

The middle of the war is where we start. As mentioned in the "Hello Kitty" article I did some time back, the Tiger 1 was the result of multiple companies fighting over the contract, and eventually it was figured out how to get the 8.8/71 into Tiger's turret.

Development of the King Tiger followed a surprisingly similar pattern, led again by Ferdinand Porsche. In January 1942 he proposed that perhaps it was about time to start sloping the fronts of his tanks, and promptly enough came up with the "Typ 101 verstarkt," or "strengthened Typ 101" -- the Type 101 of course being the batch of Porsche Tigers which were turned into Ferdinands. Subsequent batches were to be produced with the sloping front.

However, with this came the need for a new turret -- it had to have the Flak 41 8.8cm cannon. There was no particular choice with that one: Hitler set that requirement in 1941 which pre-dates even production of the Porsche Tiger. As a result, there was some effort to make an effective turret for the larger gun (which would eventually be the KwK.43). Krupp spent much of 1941 and half of 1942 working on this problem, while the more familiar turret with the 8.8/56 was under production. Once the turret design was sorted out, production was started in the latter half of 1942.

This resulted in the "Porsche turret," though Porsche actually had nothing to do with the thing. It was just built as part of the development process of the tank, incorporating the Porsche hull (which by this point had been known as VK 45.01 (P2), VK 45.02 (P) or Tiger P2 depending on what season it was). In-game, the vehicle can be seen at tier VIII and IX in the Maus line. The problem was, however, that the Porsche electrical transmission design didn't really meet expectations, and eventually the entire VK 45.02 (P) project came to a screeching halt at the very end of 1942. This left a bunch of (technical term for "50") big turrets sitting around with nothing to put them on.

Meanwhile, over at Henschel, they also started working on a bigger tank in spring 1942. Originally the VK 45.02(H) / Tiger II, they threw out that design and started over again in late 1942 with the Tiger III, also known as the VK 45.03 (aha, we got there!). Initially, the design was going to be something of a tweak to the then-in-production Tiger VK 45.01, with internal components rearranged to increase ammunition capacity and a sloped front, plus the same 100mm armor as the VK.45.01. The eventual order from Hitler, interfering as he always did, was that the glacis be increased to 150mm, adding 1.7 tons.

Sloping the front led to a problem, as the Tiger's ball mount for the machine gun and vision ports were designed for something a bit more vertical. As a result, they borrowed the solutions from Panther: the "letterbox" type MG port and the raising of the driver's visor. 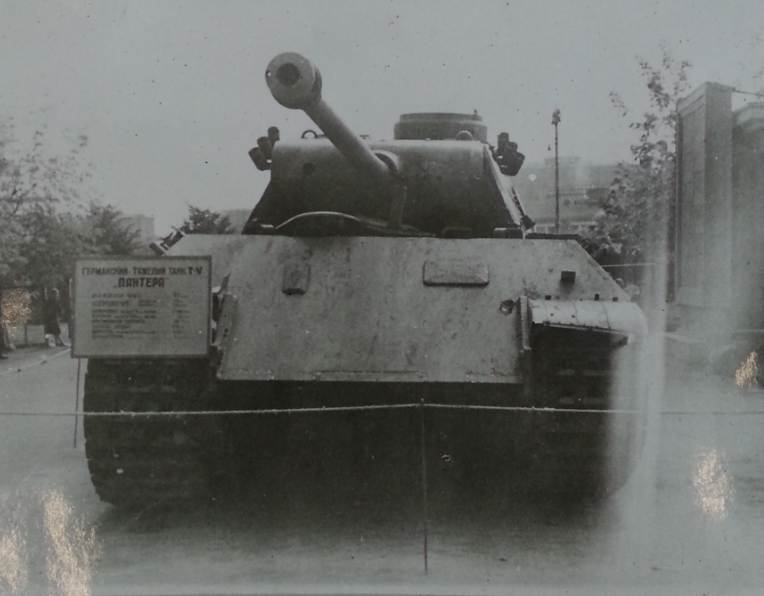 To fit a turret onto the hull, they looked again to Krupp and the turret design for the KwK.43 they had already produced. The only thing needed to be done to mount the turret onto this new vehicle was to convert the turret's traverse mechanism from electrical to hydraulic, just as had to be done with the previous vehicle's turret.

As a result, the VK 45.03 in the game is basically the vehicle as drawn at the very end of 1943, before the ordered armor increases.

As you can imagine, the tank evolved from there with a few more changes, in addition to the extra armor, new driver's vision, and a working ball mount for the machine gun.

Similarly, Krupp modified the turret primarily for ease of manufacture, making what is commonly known as the "Henschel Turret" -- which, just like the Porsche turret, Henschel had nothing to do with. These became the main production turret once the stock of earlier ones ran out. Eventually, changes were also made to the power train. Included in these changes were the names: Tiger B, Tiger II, Tiger Ausf B, Koenigstiger, and by Inspectorate 6 (Panzer branch) as Pz.Kpfw.Tiger (8.8cm Lw.K. L/71) (Sk.Kfz.182).

Whatever the name, 492 manufactured successors to the VK 45.03 went on to become legendary.