Last year as I was conducting my strenuous and time-consuming effort to dig through the United States National Archives to find the juicy stuff, which I descrbed in The Chieftain's Hatch: US National Archives, I occasionally came across the odd document or two that didn’t warrant an entire article of its own, but was still an interesting find. So I’ve collated some of them here for your viewing pleasure. 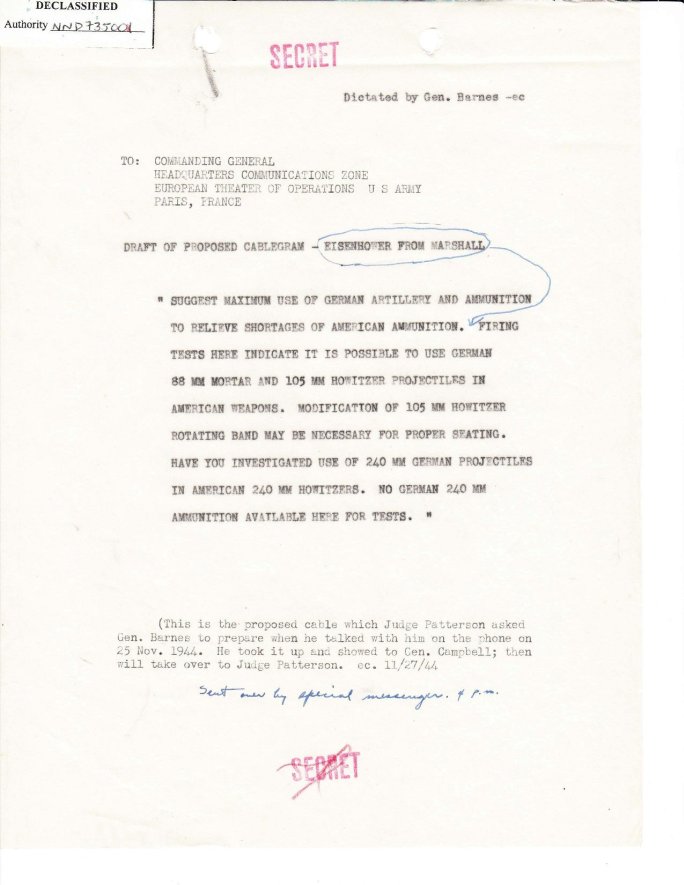 I must admit that I was unaware of artillery ammunition shortages, and I definitely wasn’t aware that they were so bad that the highest echelons were seriously considered to convert captured German munitions. That said, there was some precedence, at least back in the North African campaign, of German 7.5 cm rounds being converted for use in the 75 mm guns of the M3 mediums, but that was more a factor that the US-manufactured rounds just didn’t work, rather than a shortage.

Moving gears a little, some of you may be familiar with the monowheel trailer that the British designed to be towed by the Centurion tank, to extend its rather puny range. Let’s just say that it wasn’t the most popular piece of equipment ever issued.

Even so, the allies willingness to try out other countries’ gear, the United States Army decided to give it a crack on an M47. The report was several pages long and here’s the first and last for the overview.

Taking the idea a bit further, the US then went to Detroit Tank Arsenal and asked them to come up with a monowheel design of their own. After all, if the British could do it, surely America could do better? 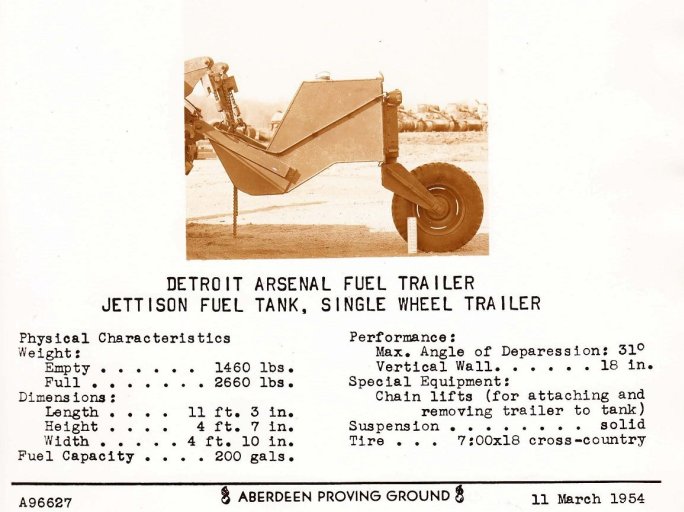 A test was undertaken. 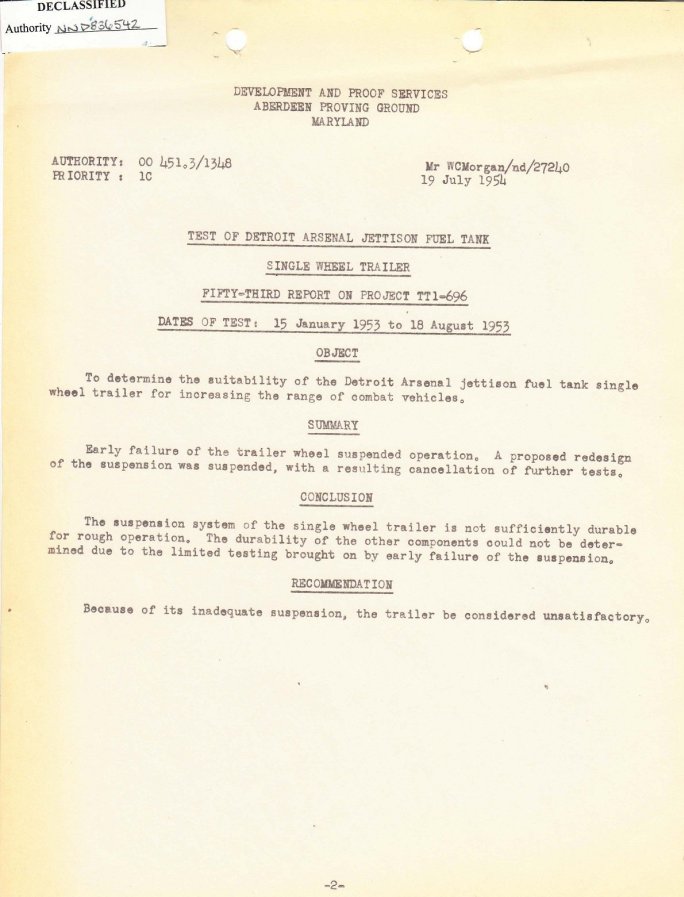 This next document, written a month after D-Day, is an interesting assessment of how hard it was to destroy a Panther. The overall impression is a bit rosier than it should have warranted, but it would've been interesting to know the background information to it. Also this contains further evidence that the US simply didn’t see much need for the 17-pounder.. 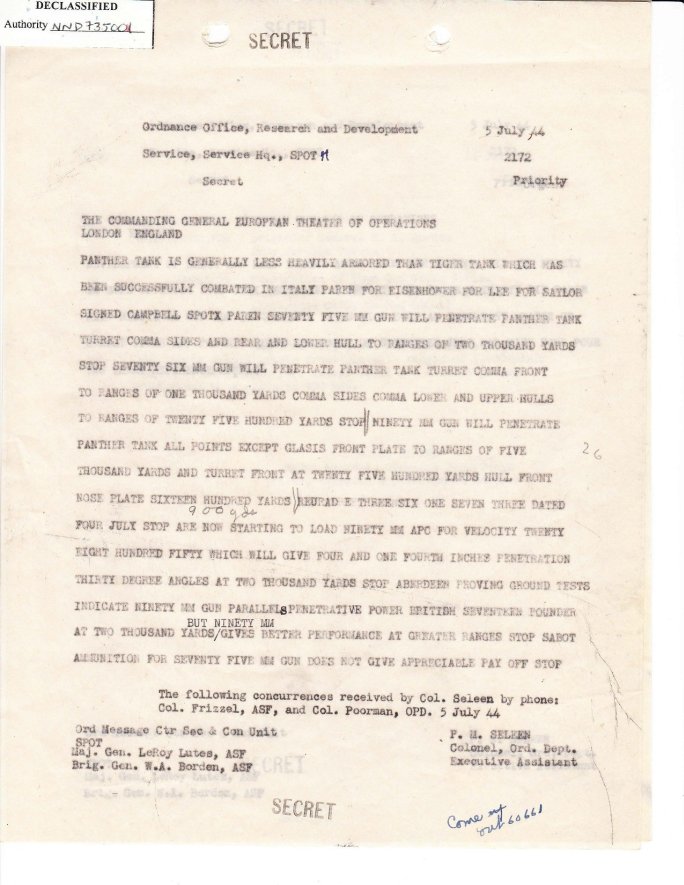 Oddly, however, I also found this document mentioning the merits of the 17Pr. For those of you who missed it, it might be an opportunity to look back over the two-part  US Guns, German Armor series: (part one, and part two). 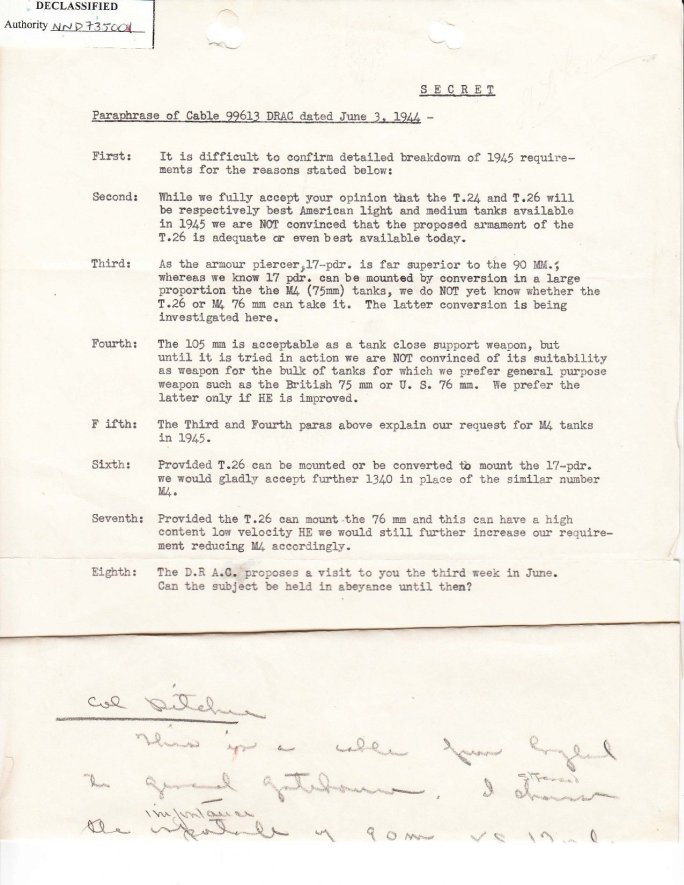 Lastly, some of you have seen these pictures before, but there were tests carried out of the Navy’s ability to land 100 ton tanks in beach assaults.