The Chieftain's Hatch: US Centurion Pt 2

Continuing on from the previous week’s assessment of the Centurion III’s fighting compartment, we move on to the automotive tests.

At the time that the Automotive Test Section received the vehicle on 9 April 1949, the vehicle had 346 miles on the clock, with about 10% of that being cross-country. The vehicle was then operated over highways and cross-country for an additional 135 miles before the test was brought to a halt. Special tests were conducted to determine cross-country-speed, shallow fording capability, and hill climbing ability. In these special tests, the Centurion III was operated in conjunction with an M26 and T29 for purposes of comparison.

Another glamour-shot of the Centurion III, with go-fast stripes

Tests and results are as follows:

Timing points were set up at intervals along the course, at three of them the Centurion III must have been running flat out because it always was clocked at 22.5mph. The M26 topped out at about 21mph, and the T29’s fastest clock was 16mph. Point B was on an uphill, evidently, as the Centurion dropped to about 18, the M26 to 12 and the T29 also to 12. There is something to be said for the gearing ratio on T29 that the heavy vehicle was able to complete the hill course almost as quickly as M26 even though its top speed was only three quarters of M26’s. 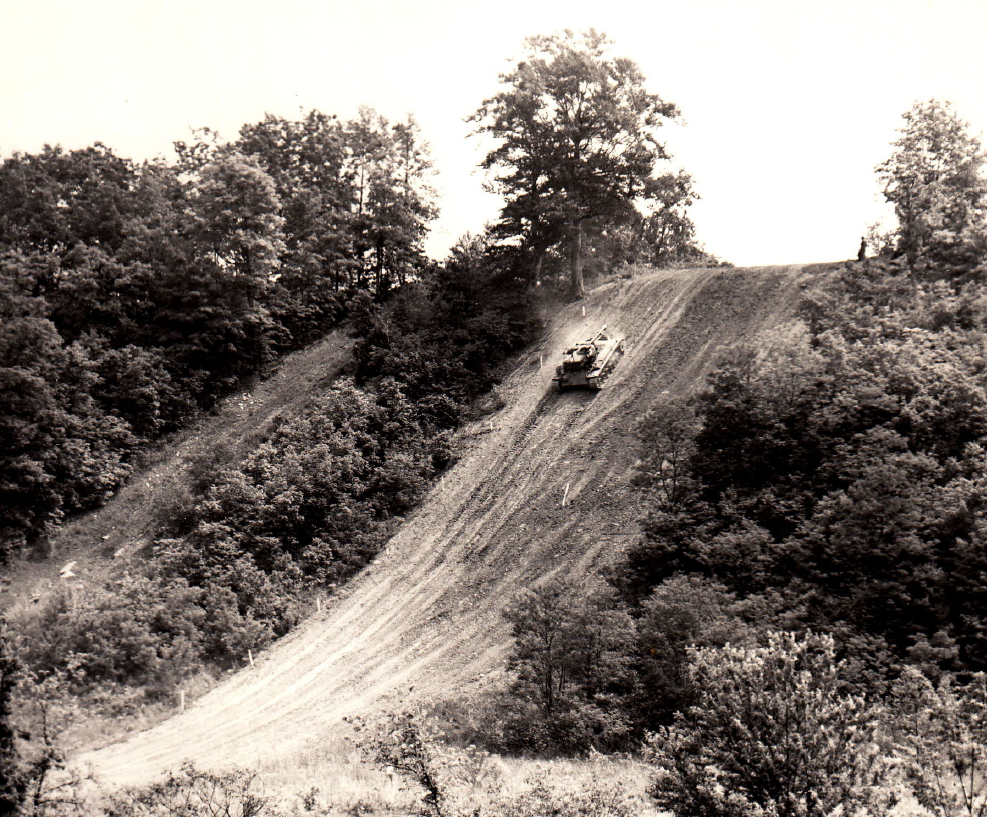 For this one, a 0.7 mile secondary road test course was selected and, again, the tanks were to be run three times each. Centurion was a bit inconsistent, with times of 5:05.6, 4:34.3 and 4:56. All were, however, well faster than the times of 5:40.6, 5:33.8 and 5:37.8 achieved by the M26. T29’s strong showing was rather let down by a 9:02.6 for the first run, at which point the engine oil cooler developed a leak, so it was returned to the shop. The report states “Its time for this test run was so slow as to make further test runs unnecessary.” Or, in other words, the thing was so outclassed, there was no point in fixing it and continuing. Further testing of Centurion was done against M26 only. At the finish line, Centurion was running at 17mph, both the American tanks were doing 10mph. It was also noted that Centurion III accelerated much more rapidly than the other tanks.

Both vehicles operated over a rough 3-mile cross-country course which included gullies, slopes, ruts and deep ditches, but did not include muddy or swampy terrain. Vehicles were operated at a maximum speed consistent with the terrain, and which would not normally cause damage to the vehicle or crew. Each vehicle made three trips.

Somewhere around this stage, odometer reading 426 miles, a broken cylinder head stud caused an oil leak in the main engine. Cause undetermined, they replaced with a spare engine and carried on.

Both vehicles were operated at a constant speed of 2 ½ mph over average cross-country terrain for periods up to 1 hour in length. Observations were made as to ease of operation, maneuverability and engine-operating temperatures.

No difficulties were encountered during operations. The vehicles were no more difficult to maneuver than under normal  operation. No signs of overheating appeared even under high ambient temperatures. 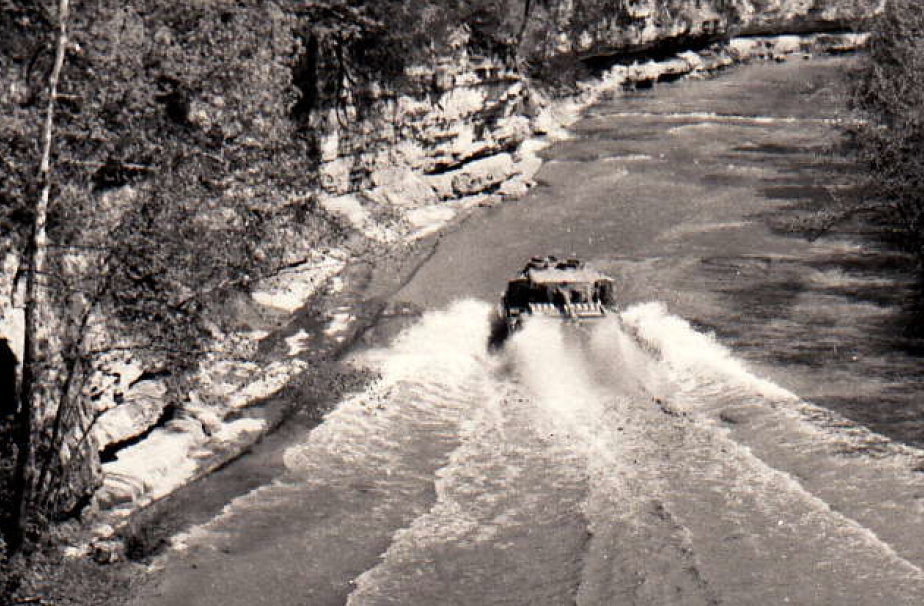 Both vehicles were operated in water approximately 12 inches deep at the highest speed attainable. Upon completion of fording operations, the various parts of the vehicles which had come in contact with the water were examined. An inspection was made to detect the presence of water in the lubrication and fuel systems.

The vehicles attained speeds up to 20mph in Otter Creek, which has a limestone bottom. No deficiencies were apparent during operation. 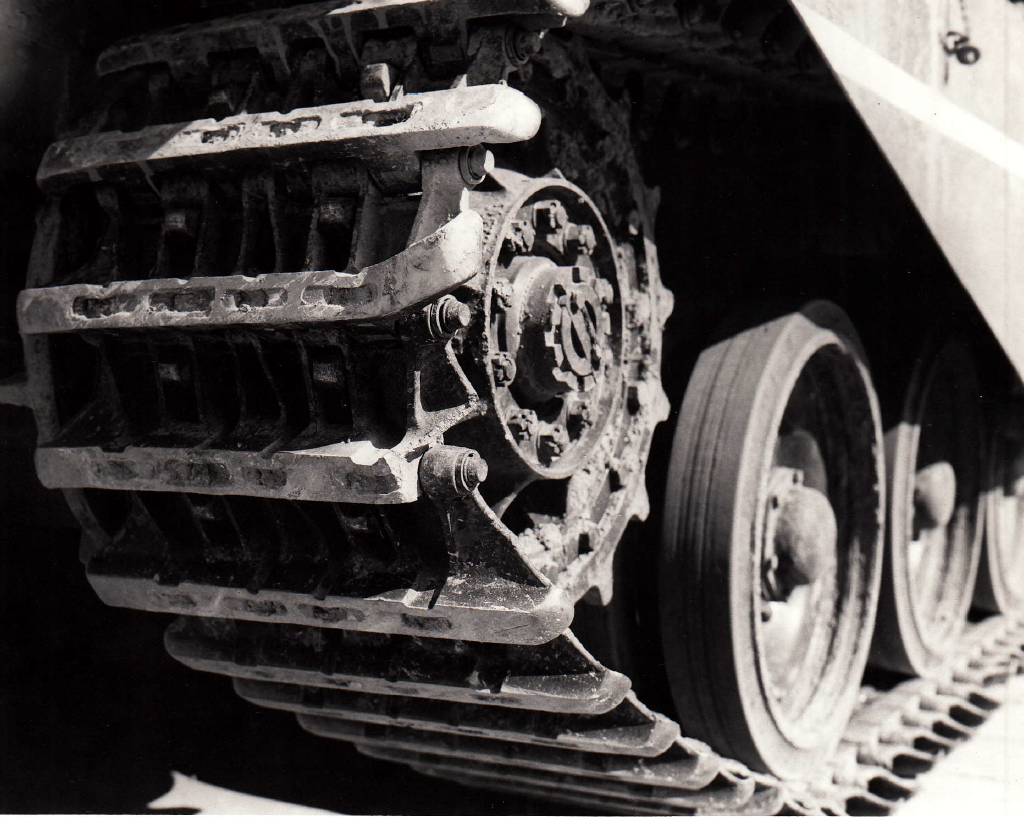 On the Centurion III, one track block bar grouser end sheared, and 47 were bent. The bent ends were easily straightened out with a sledgehammer. (Percussive maintenance at its best- Chieftain). All grease seals on road wheels, idlers etc were checked. The only failure was a grease seal on the right idler of the Centurion III which permitted water to enter. No water was found in the lubrication or fuel system of either vehicle. The grease seal was replaced.

The Grahampton 60-percent prepared slope was selected for the test. Centurion III and M26 both ascended the slope twice. 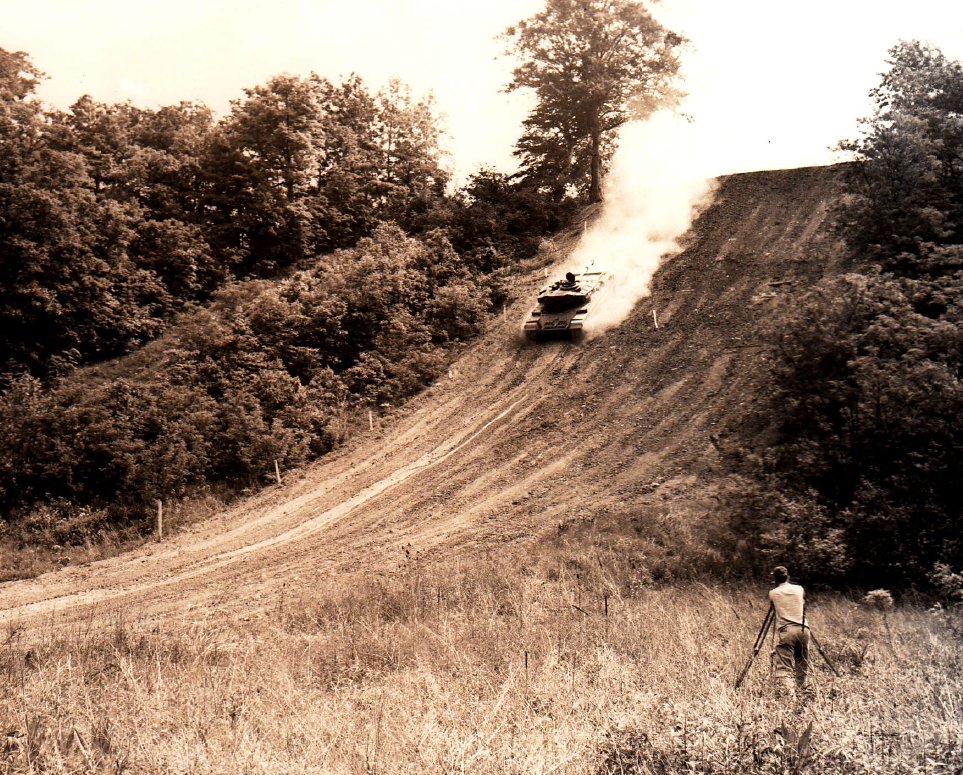 Centurion descending the 60% grade with a little less dignity

Then disaster struck, at odometer reading 561.

The Centurion III made the first descent in first gear without difficulty. During the second descent, which was being made in second gear, the main brakes failed. This allowed the engine to wind up excessively which resulted in a complete failure of the engine and clutch assemblies, an event captured on film, above. Wind-up occurred in both descents, and the failure occurred in the first 60 feet of the second descent. 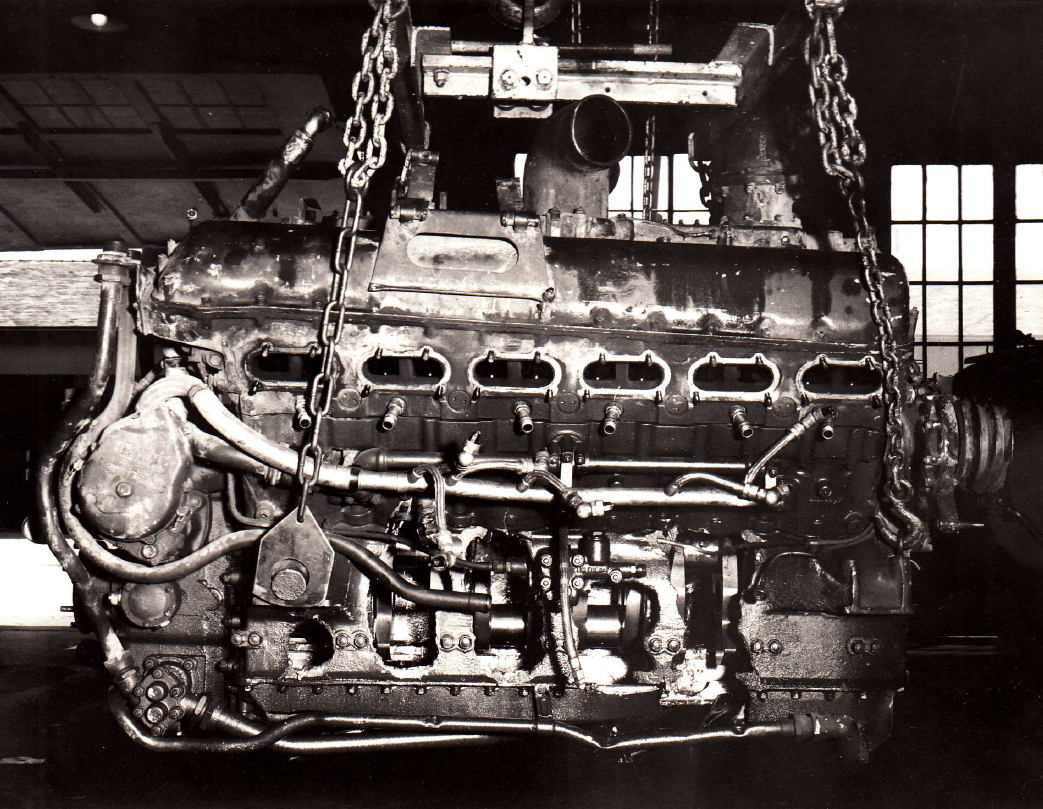 For sale: Meteor. One previous owner. May show signs of abuse

The Medium Tank M26, because of the torque converter type transmission was able to descent, stop, back up, and descend further at any point on the slope with no difficulty. The failure made it impossible to test on a wet slope.

On inspection of the main brake assemblies after removal of the brake drums, it was noticed that excessive and uneven wear had taken place on the brake linings. The front linings were worn very thin at the trailing edge, gradually tapering to almost no wear at the leading edge. The rear linings were not worn nearly as much as the front linings, but showed more wear on the leading edge than the trailing edge.

The brake drums themselves were tapered across the friction face, the taper ranging from 0.015 to 0.018, the smaller diameter being the open side of the drum. The friction surfaces showed signs of heavy pitting and extensive thermal cracking, as well as scoring, caused by the lining rivets coming into contact with the face of the drum.

No adjustments were made to the brakes during the 560 miles of operation other than the adjustment recommended in the user handbook. [The handbook available was for the Centurion I & II, but there seems no indication of a difference in the brake system for III]. These adjustments were found to be necessary almost daily, which is believed to be excessive.

With the explosion of the tank’s power train, it was impossible to continue testing, so the report was filed as incomplete. Some observations and conclusions were still noted, however.

The use of the Merritt-Brown gearbox in the Centurion III caused excessive driver fatigue and required a longer period of driver training than is normal with United States tanks.

A comparison of the Centurion III and United States development tanks indicates that from an automotive standpoint the British tank has the following undesirable features.

2) Does not employ a torque-converter-type transmission.

3) The Merritt-Brown gearbox and driver’s controls cause excessive driver fatigue.

4) Track life is believed to be insufficient.

5) Horsepower per ton ratio is too low to permit satisfactory performance.

As a result, the Armored Board concluded that:

Automotive testing to date has disclosed no significant superiority of automotive components of the Centurion III tank over their United States counterparts.

Additional information to be gained does not warrant continuing the automotive test and this project should be terminated.

Recommendations were: The automotive components be considered unsuitable for incorporation in US Army tanks, and that the project be terminated.

And thus ends part 2 of the three part test.

So far, then, the Americans have been impressed with the fighting compartment, and less so with the hull. “But Chieftain”, I hear someone cry from the back row, third from the left, gallery deck, “Centurion III beat the M26 by the American’s own admission of test scores! Surely this indicates some national bias in the Automotive test section that they refused to say that Centurion III should be considered worthwhile.”  Until it blew up, yes, this is true, but remember what the purpose is of these tests. These are not selection trials, to pick the better tank for purchase or construction. They are to examine technical features to determine if the British had come up with a better solution for a problem than the Americans had come up with, for inclusion into the next generation of tanks. The Centurion III did better in the comparison primarily by way of having higher horsepower, a problem already being solved in the M46 by inclusion of the 810hp engine, substantially more powerful than the Meteor’s 640. With no other component proving particularly noticeable as an improvement, there didn’t seem to be any reason not to continue on the path they were taking with the M46 and onwards.