After the success of the sales of Firepower, we have expanded our lineup of development books by adding “Can Openers”, which can likely be considered as “Hunnicutt by role instead of by platform.”

Hardback, about 240 pages long, some $53 plus shipping, and filled with reports and photographs taken primarily from Ordnance Branch and Tank Destroyer Board archives, most of it previously unpublished, it traces the development of anti-tank vehicles from the 37mm Gun Motor Carriage T2 through to the 90mm Self-Propelled Anti-Tank Gun M56 Scorpion. The bonus code coming with the book, for PC, is for an M56. It does not cover the deployment and use of the vehicle, only the technical development of the designs and the decisionmaking behind that development.

Hopefully the following images should give you an idea of the tone.

Since I am a new author in the field, obviously there may be questions as to whether or not it’s of quality and worth the money. e-Copies have been sent out to various folks, some for input (Harry Yeide, author of “The Tank Killers” has written the foreword, Steve Zaloga gave me some additional resources to add in), and some for review. As any reviews get published, I’ll be sure to link to them on my Facebook page.

In the interests of getting the books into folks’ hands by Christmas, we’re doing things a little differently this time around due to the short fuse. People who have received both the WoT version of Firepower, and the Print-on-Demand versions of the other Hunnicutt reprints by Echo Point have verified that the decision to do a batch-print using the offset printing technique did, indeed, result in a superior quality printing, and sales numbers were such that we are confident that we can ship a batch large enough to justify offset printing for this book as well. As a result, as you are reading this, the production process has already started on a print run of a size similar to that of Firepower’s. As orders come in, books will be allocated from this first run. The intent is for the books to be printed and shipped in early December, so you can give that loved tanks-player in your life a nice package under the tree.

The orders page, which should be live tomorrow (Monday) will remain open, however, at least through until January. If we overestimated the sales, orders will be shipped from the first print run stock when they come in. If we underestimated, we’re going to wait as long as possible until we have a sufficient order backlog to make a second print run also using the offset printing technique.

Finished product should look something a bit like this, to look good next to Firepower. 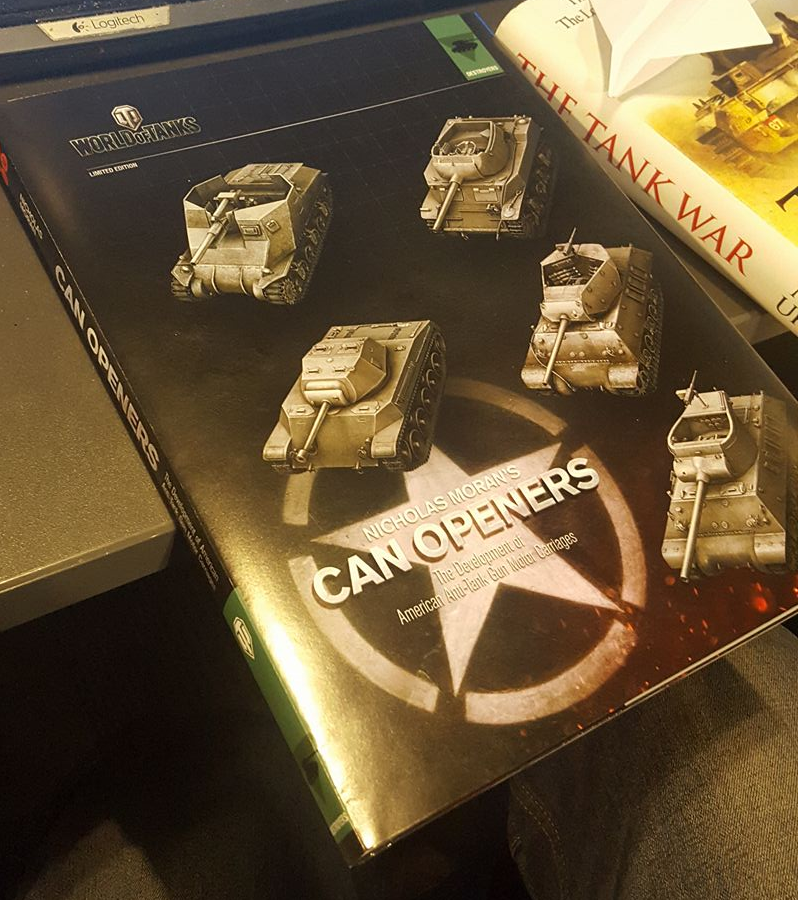 Finally, there were a few (about two dozen) copies of the Firepower WoT edition which remained in the warehouse. If you missed it, you can save yourself a few dollars on the shipping cost by getting both at once.

Bob will take you to the forum page, I'll happily answer any questions.