Australia is not known for being a tank powerhouse, AC tanks notwithstanding, and the introduction in combat of Australian tanks was something of a ‘come as you can’ affair. This was hampered somewhat by the fact that the new Australian Imperial Force didn’t actually bring any tanks along to the fight.

The first tanks arrived in Australia in 1929. One of them can still be seen in the RAAC museum in Puckapunyal, a Vickers Medium. However, outside of the formation of the Tank Section in 1930, and eventually two light tank companies, that was it for the interwar period. The companies were, perhaps, grandly named. Each company had five Mk VI A tanks. It could be worse. The two armored car regiments between them had seven armored cars.

The AIF was sent overseas tankless. A number of carriers were part of the unit’s organization, and armored cars and even more Mk VIs were provided by the British. However, one of the first notable actions, by 6th Australian Division, involved none of these. This was the assault to capture Bardia, a fortress just on the Libyan side of the Egyptian border, held by the Italians. 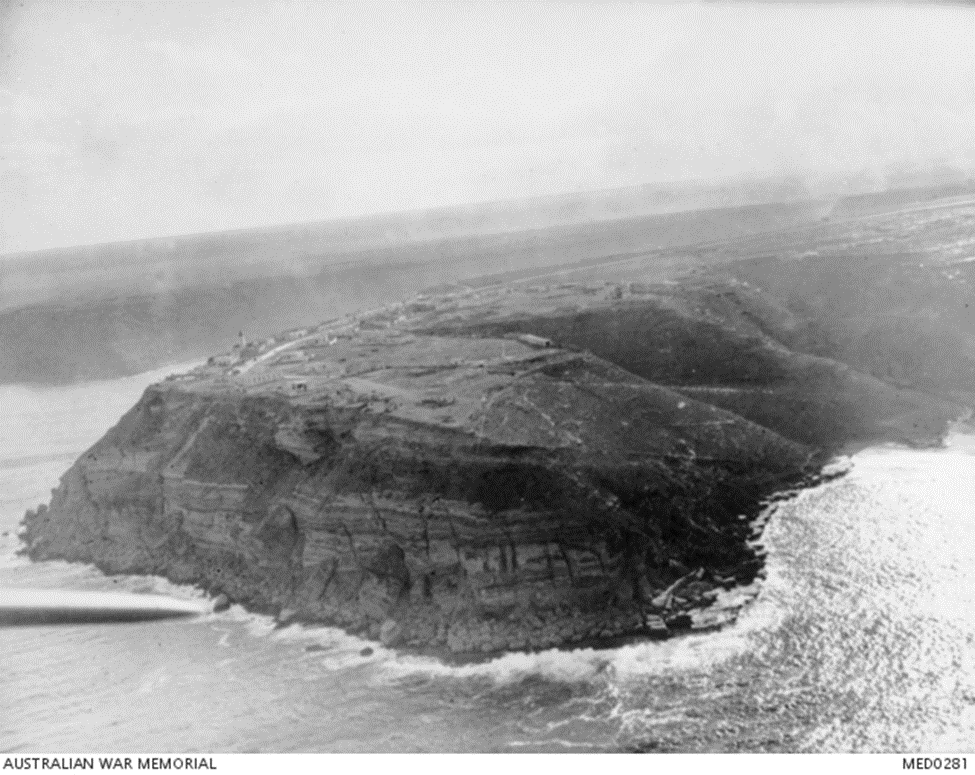 This was a multi-national affair, with the Aussies being supported by British tanks, and both Australian and British artillery lending a hand. The green Australians made up for their lack of experience by apparently just not giving a damn and moving forward with great aggression and zeal. The fighting happened over three days, and, just as their fathers had in France two decades prior, the Aussies learned the value of tank support.

2/1 Battalion during the fight received the support of a single, presumably lost, Matilda II tank. This one tank took under fire the post (#50) and guns which were holding up an advance, resulting in its capture. Immediately, though, the tank apparently set off to find its friends, and instead ran into another Australian company. After a small error in identification was communicated to the British tankies by rather irate Australians (The British likely couldn’t understand a word, but apparently got the gist), the tank directed its fire against more Italian guns, which promptly surrendered to the Aussies.

2/2 Battalion got on a bit better, with proper tank support. The Aussies witnessed the tanks dueling with the Italians which were holding them up, and coming out well for the exchange. One tank took over 40 hits and kept ticking.

17th Brigade fought the Italians at their Post 11, a very tough nut to crack, for three days. On day three, two Matilda IIs showed up. The Italians surrendered.

The Aussies also found themselves on the receiving end. After collecting a small batch of prisoners (about 500… If you think that’s small, two blokes in a Bren carrier captured a thousand Italians, and one British tank crew bailed out of their disabled tank and captured 1,500), a counter-attack by six Italian tanks forced the Australians to let them go again. It wasn’t until an anti-tank company showed up that the tanks were knocked out. 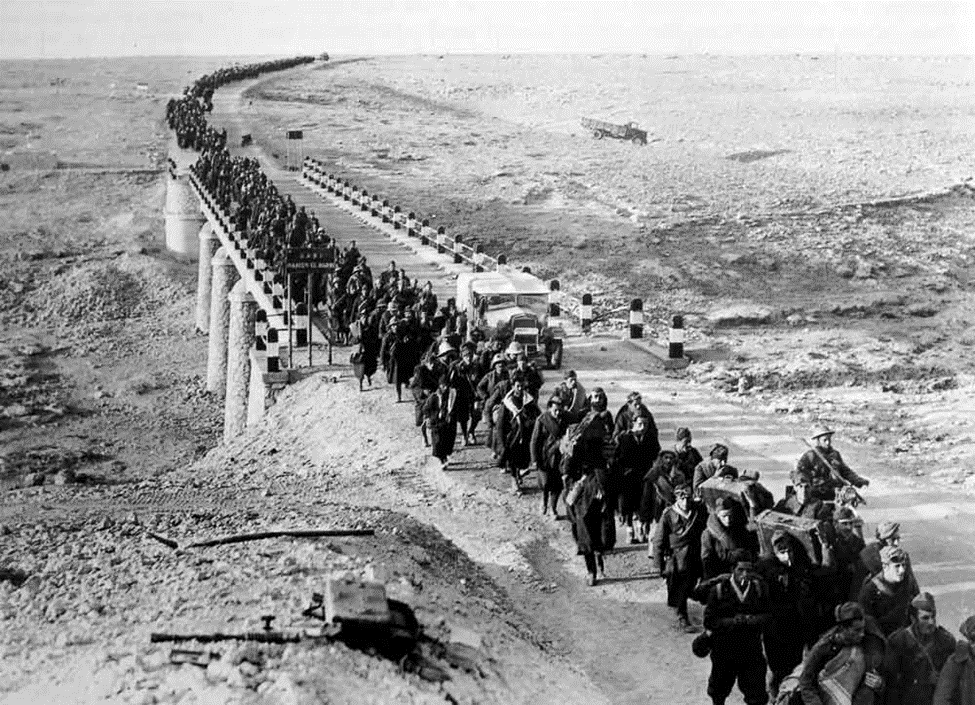 Very obviously, there was a need for tanks in the Australian units. This message was sent back to Australia where moves were set afoot to create a proper Australian armoured force, to include, eventually, three armoured divisions. This would, however, take time. In the meantime, the Australians needed something now.

Their solution, so it appeared, was the Italian armoured force captured at Bardia. A Squadron of the 6th Division’s Cavalry Regiment was given the tanks, which, for identification purposes, were given the prominent white kangaroos as found on their division insignia. 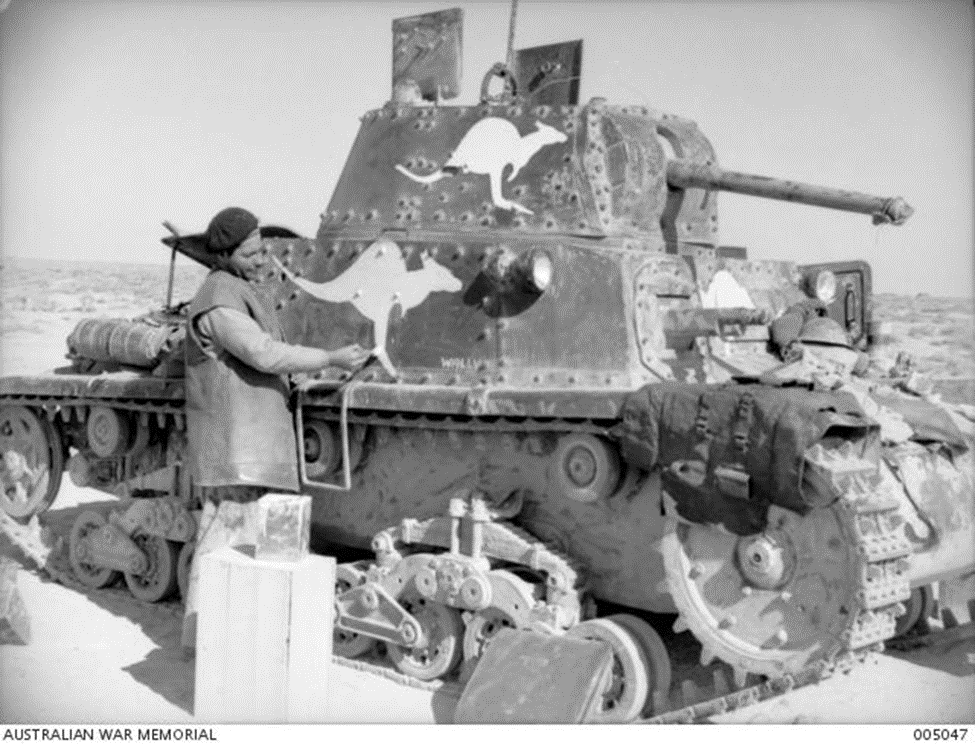 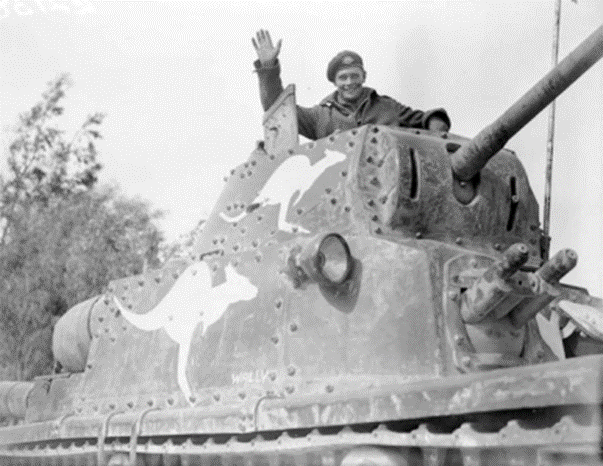 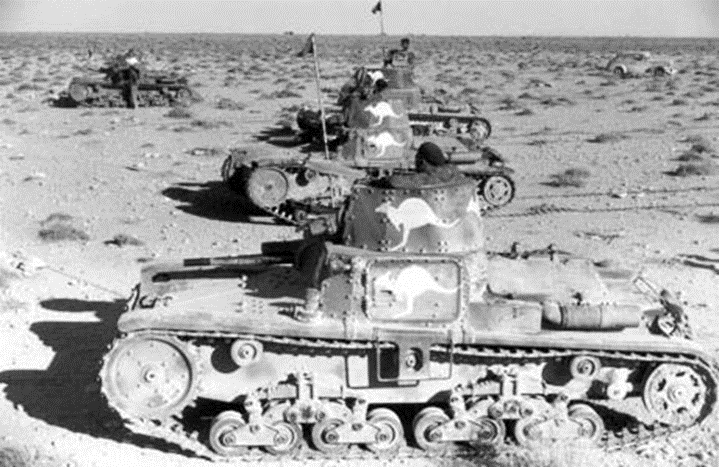 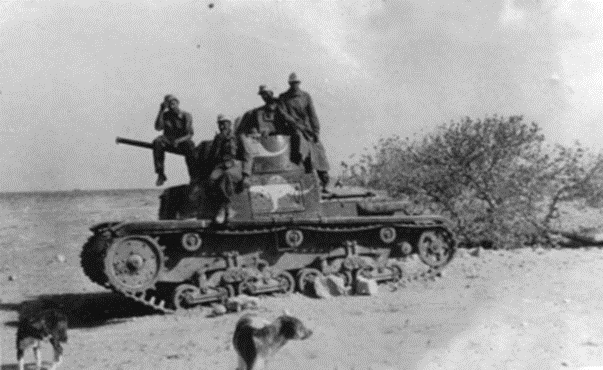 (This one got recaptured)

The idea was that they would be used to provide support on the assault on Tobruk. The problem was that most of them broke down on the way there, with only seven of the starting number making it as far as the battle, and only one getting to the finish line. The M13/40 wasn’t a bad tank for 1940, but reliability, especially when away from the spare parts, was not known as its strength.

This wasn’t the only experience that Australian tankers had with captured equipment, however. Both 6th and 9th Divisions ended up fighting the French in Syria. Both units captured and used Renault R35s. Instead of a kangaroo, however, 9th Division’s logo was the platypus, so that got painted on the fenders instead. 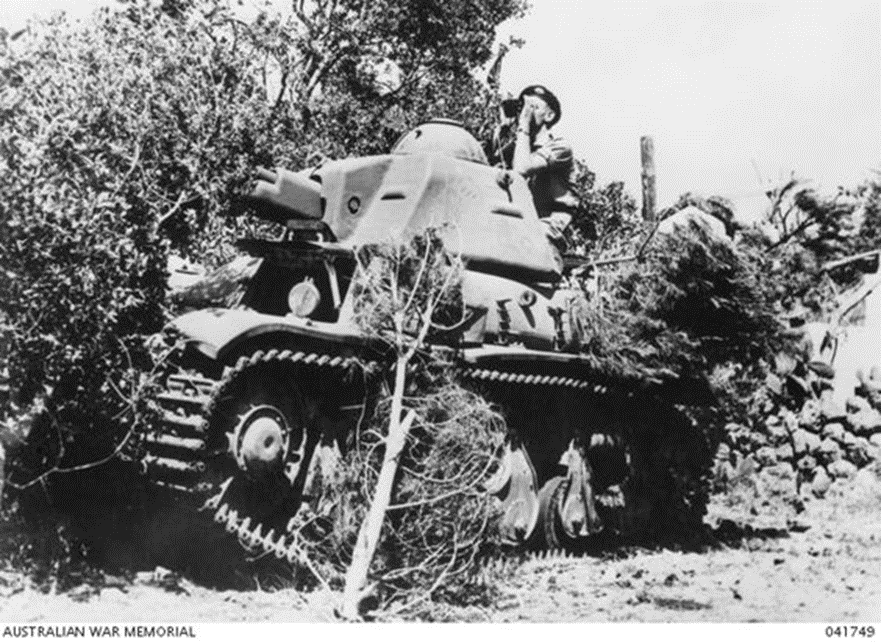 Finally, of course, the AIF was recalled to the homeland, and then on to fight the Japanese. By that time, however, they were being fitted with British and American tanks, which actually worked well.

The kangaroos never went away, though. Although Bardia does seem to be the first time that the animal was painted onto a tank, I do recall seeing a presentation about the Australian purchase of the Abrams, going over the differences between the Aussie and American vehicles. Amongst the arrows pointing at the armor and the refrigerator (Yes, Aussie tanks have a fridge, lucky buggers), there was one pointing at the smoke grenade boxes, highlighting the Red Kangaroos! 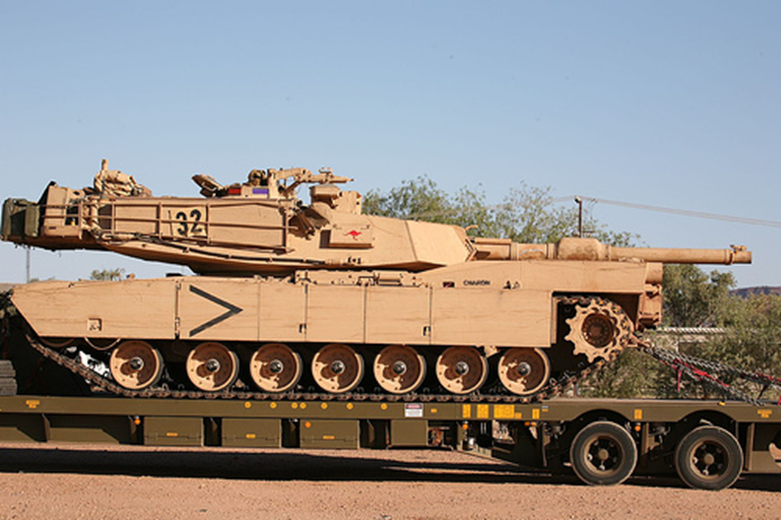 Click on Bob to bounce on over to the forum thread.