To all whom these presents come, greetings, and a happy and prosperous new year to you. Certainly I know I’m in for an interesting one.

A short one to start the year off, with an observation on the difference between ‘the pointy end’ and ‘the bigger picture’.

In one or two of my past videos, I have observed that decisions relating to the 76mm tanks in Western Europe (i.e. why nobody bothered making a particular effort to bring them into Normandy during the invasion) was predicated partially on a perceived lack of need. The verbiage is something along the lines of “The Army equipped with its 75mm Shermans is doing well enough in North Africa and Italy, what we have is obviously working, and there is no benefit to rocking the boat.” 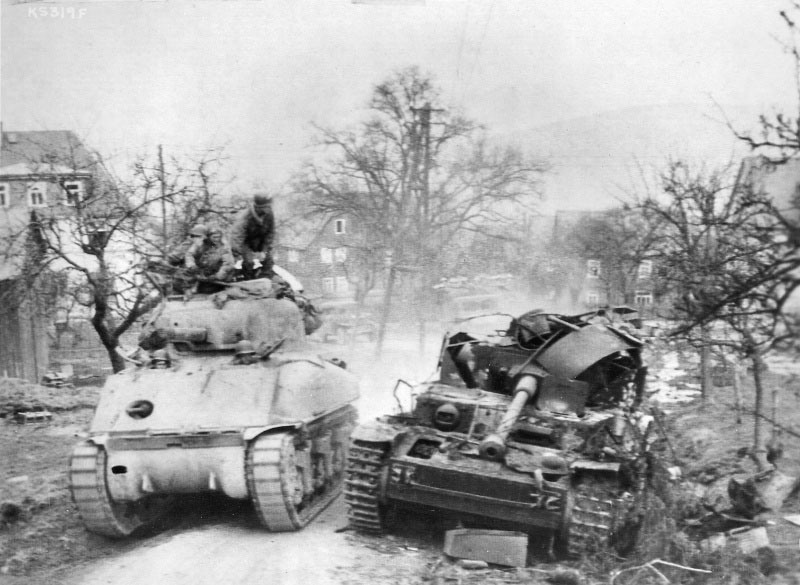 Now, many folks have observed that this seems to bear something of a disconnect with the folks on the ground actually in those 75mm tanks. This is certainly true.

For example, on 18th March 1944, Fifth Army sent up a radio message. At this point, the landings at Anzio had been undertaken a couple months earlier and the troops were still bottled up in that pocket, the fight at Monte Cassino was ongoing, and Fifth Army was stuck battering at the unyielding Gustav Line. Not the best situation or campaign.

The radio message said as follows:

Fifth Army desires replacement of all medium tanks M4A1 and M4 with medium tank M4E6 with 76mm gun and Ford engine M4A3. 33 1/3% replacements are desired at earliest possible date. Plan to re-equip one complete battalion at a time.

If available quantities of M4E6 with 76mm gun will not meet requirements, recommend that all replacement tanks shipped to this Theater mounting either 75mm gun or 76mm gun be with Ford engine.

It is essential that each shipment of medium tanks M4E6 and T71 tank destroyers be accompanied, by authorized 5% army reserves and 60% maintenance spare parts.

Request advice if this recommendation is approved in order that supplies of 75mm gun ammunition and parts for medium tanks M4 and M4A1 and M10 tank destroyers maybe reduced and supply procedure adjusted accordingly.

76mm and 90mm ammunition should be shipped in accordance with new items shipped.

Now, there was an amendment sent on 23rd March, after they had a moment to think about it.

Delete paragraph 3, our radio, and insert new paragraph 3 as follows:

“Replacement of all M10 tank destroyers by T71 mounting 90mm gun not recommended until T71 thoroughly tested by this Theater. Ship only sufficient T71s to equip 2 battalions at earliest possible date. Request for future shipments will depend on T71 performance during testing period.

Why would Fifth Army have sent this message up? Well, very obviously, they were getting complaints from the guys in the tanks and TDs that they needed a bigger gun. How does this parse, though, with what was going through the minds of the guys in the UK preparing to cross the English Channel barely three months hence?

Well, look at it from the point of view of the latter group.

Firstly, of course, the US Army had landed in NorthWest Africa, and as it moved to Tunisia, encountered both normal panzers and Tigers, and generally speaking, won well enough. More Tigers were encountered in Sicily, and that fell to the Allied forces as well. Certainly Italy was proving a tough slog, but the few Tigers and Panthers being encountered by summer were similarly being dealt with. 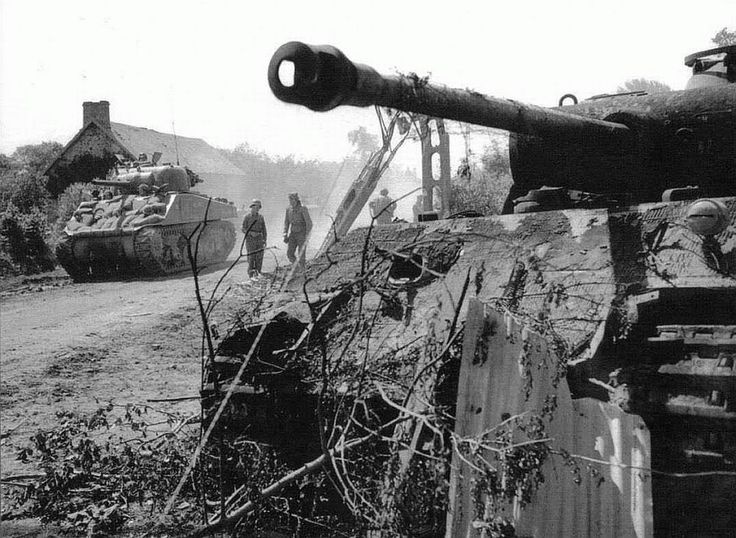 It’s not as If the US’s tankers were being hit particularly hard. To get their tanks all the way from the Atlantic coast of Africa, through Sicily and well into the boot of Italy, Armored Force had lost a few dozen men killed, and about the same number wounded sufficiently to be removed from the fight. (By the end of the war, total number of tankers killed in that theater was 80, plus an additional 62 wounded sufficiently to take them out of the war). Compared to the thousands of infantrymen and aircrew being killed, hundreds of artillerymen or engineers, or about the same amount of military police or transportation corps personnel, these are hardly figures which would sound alarm bells in higher command echelons, or in other theaters reading the weekly reports.

Here’s why the two positions are not mutually exclusive. US tankers at the pointy end could be very unhappy with their experiences of their ammunition/panzer interactions, whilst still being highly successful. A US TD gun commander, highly experienced, returned to the US from Italy in mid 1944 to give testimony on the reality on the ground said “We don’t fear the German tanks. For example, we just kill Ferdinands by bouncing rounds off the ground in front of it and into the lower hull.” (Yes, I know it’s an eyebrow-raising statement, which doesn’t even apply in the case of a hull-down vehicle, but that’s what he said). Or there’s the famous “Bounce off the underside of Panther’s mantlet and into the hull roof”. Perhaps sneaky techniques of draw/ambush, flanking, or use of combined arms might be used instead. Not unreasonably, just as any other player in a no-respawn game, most tankers found this sort of thing a little excessive and wanted an ‘easy mode’ hack. Point, shoot, job done. 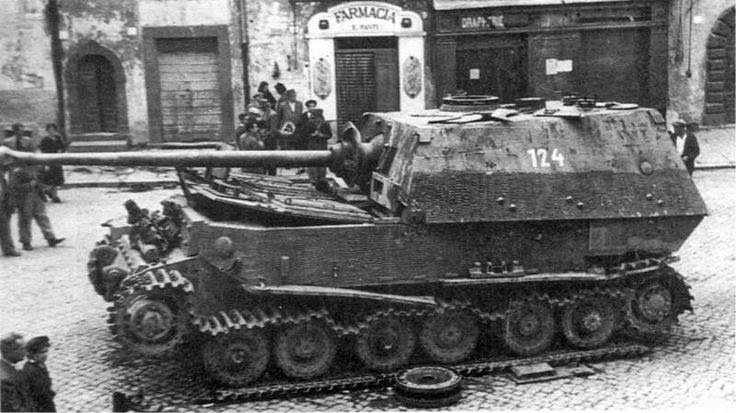 Please don’t get me wrong. Their desires were eminently reasonable, and Big Army was working to build those heavier-hitting tanks and TDs. However, the bottom line is “job done.” That US tankers were forced to resort to trick shots or call for help from supporting arms (what a novel concept) in the restricted terrain of Italy did not seem to be preventing them from getting to “job done”. When one starts talking about the messages being received in London or Washington, the tactical details are usually long dropped from the reports. Overseas, all they are reading is “Engaged enemy at location X. Killed this. Took that objective. Lost Y many casualties. Job done”. 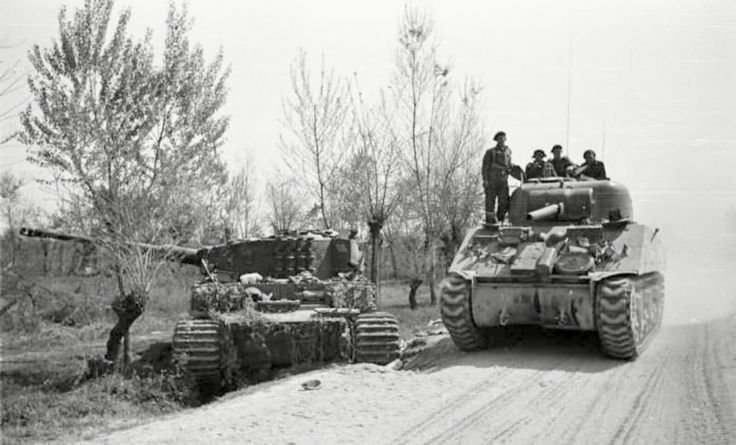 The relative level of difficulty to a success just doesn’t transmit, only the relative level of success. Thus, the decision to leave the 76mm tanks in the UK for Overlord is not, on the information available to the relevant commanders, an incorrect one.

Of course, there is one big, huge, glaring plot hole in all this, with flashing neon lights going “Look here”:

Surely someone would have thought to nudge the guys in the UK and say something along the lines of “By the way, the guys in Fifth Army are asking for every 76mm and 90mm gun we can send them. You might want to ask them why.”

I don’t have an answer to that. That a ball was apparently dropped somewhere is hardly unique to this situation. However, the point of this little article was to express how the difference between strategic concerns (such as “how much is it costing us to win”) and tactical concerns (such as “how easy is it for us to win”) can manifest itself, and both sides be quite correct. 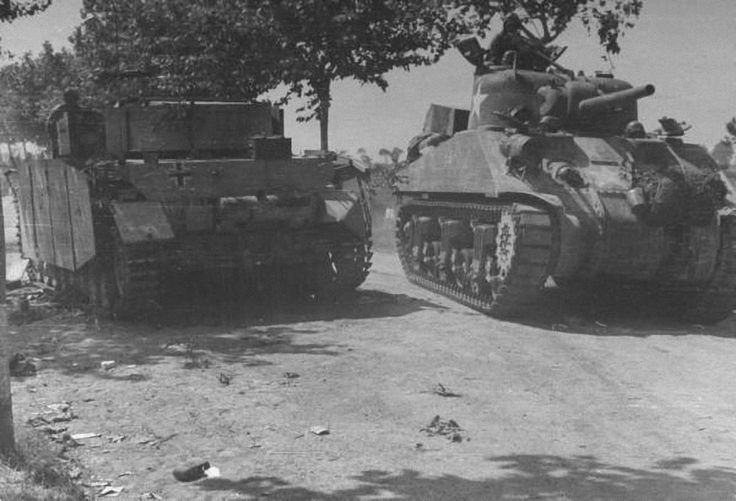 Bob will take you to the forum.