I'm not sure quite why we're selling two Premium tanks at the same time with armored housings for their machine guns. It was said the Hungarians missed an opportunity to make their armored machine gun housings a little more... distinctive. Still, since we seem to be on a bit of an "obscure tank" kick, let's have a look at the Turán III Prototipus, how it came about, and how it died.

The Turán started with an acknowledgement that the Toldi light tanks (which were basically Swedish Landsverk L-60s) weren't really suited for a general tank role on the modern battlefield. After a bit of hunting, the Hungarians ended up talking with Škoda.

In 1938, Škoda took a crack at what was effectively a "heavy light tank," the S-II-c. The family resemblance to the older S-II-a (later the LT Vz 35) should be obvious, though with 3cm of armor and the 47mm Vz 38 gun, the vehicle now came in at some 16.5 tons. A bit of tweaking later, and the 16.7-ton T21 was born. These ended up being developed for series production as the T2, with an order of 200 being placed for Romania before Germany put a hold on that sale. 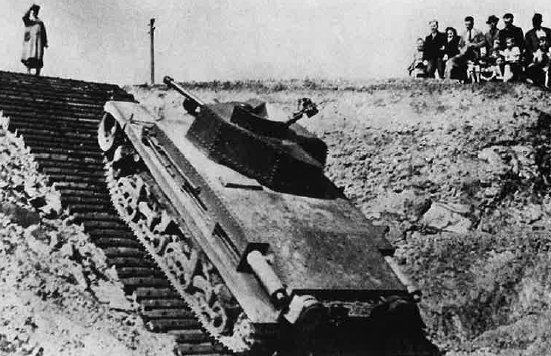 In turn, two T2s found their way to Hungary, where they were tweaked a bit more. The armor was uprated from 30mm to 50mm, the weight went up from 17 to 18 tons, and the gun was downgraded to a 4cm Škoda A-17 cannon. The gun was done for logistical reasons as any, as the 4cm used ammunition common to the Bofors anti-aircraft gun and could be found on the Toldi IIa and the Nimrod. Thus, the 40M Turán, and 285 were built between 1941 and 1944.

In order to give a more general purpose capability to the Hungarian armored units, a fire support tank variant was developed: the 41M Turán II, with a 7.5cm gun. It was generally intended to be used with the Turán I, similar to how the Panzer IV was intended to support the Panzer III. 139 Turán IIs were built over the course of a year. One of these can be found in Kubinka, together with two Toldis and a Nimrod, if you wish to travel to do so!

Of course, as time progressed, all countries concluded that the low-velocity/high-caliber-high-velocity/low-caliber mix was not sustainable, and Hungary was not immune to this change in thinking. Preparations were made for the Turán III, with a long-barreled 7.5cm cannon derived from the German PaK-40. There seems to be some confusion over the length, with 43 and 55 calibers both stated, but I'm fairly confident it's a 43, as found on the mid-production Panzer IVs.

The big question would be "how do we get this bigger gun into the turret of what was, basically, a light tank design?" The solution, oddly enough, was a bigger turret. Particularly noticeable is the increased height of the commander's cupola, presumably to allow space for the larger cannon to recoil between his legs (a disconcerting situation I discussed before with the mere 5cm on the Panzer III). The initial design was apparently for the TC to stand, under protection, but the larger recoil had to go somewhere. 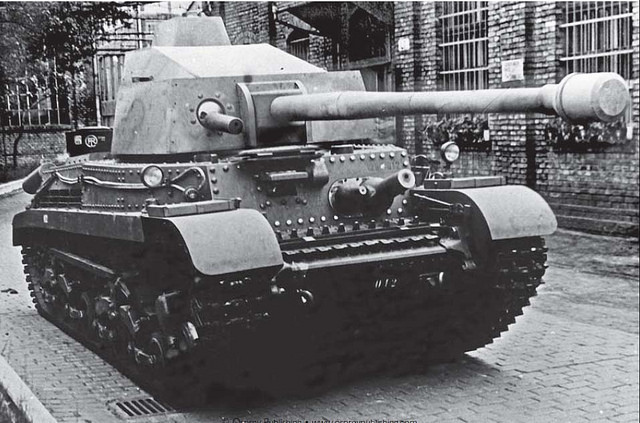 This brings us to the Turán III Prototipus, the Premium tank currently available in World of Tanks. I'll let you in on a secret: the vehicle is a fudge; not a real tank.

Notice how unusually smooth the turret is; how the lines are not marred by anywhere near as many rivets as the hull, and the total lack of observation slits for the cupola? Obviously not a useful serviceable vehicle. 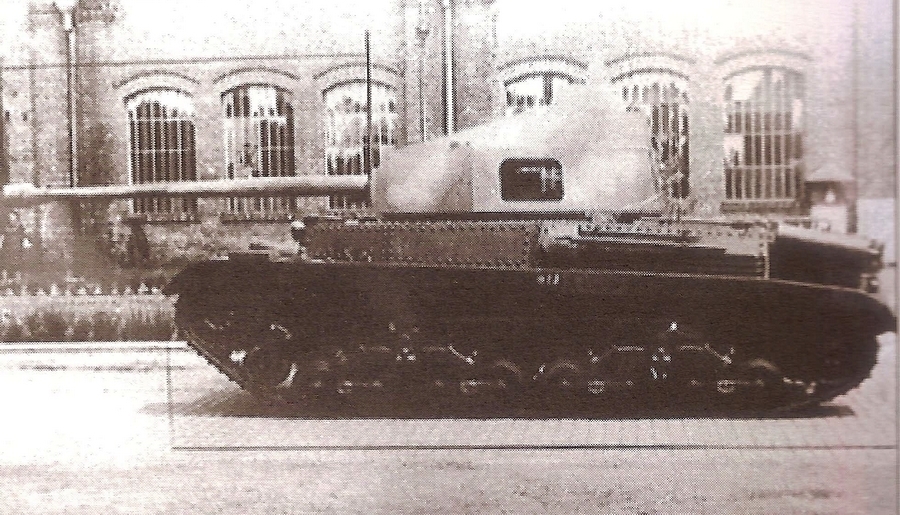 It's actually just a wooden mock-up designed to test the configuration. The gun is wood as well. Yep, that's not a muzzle cap, it's just solid wood. 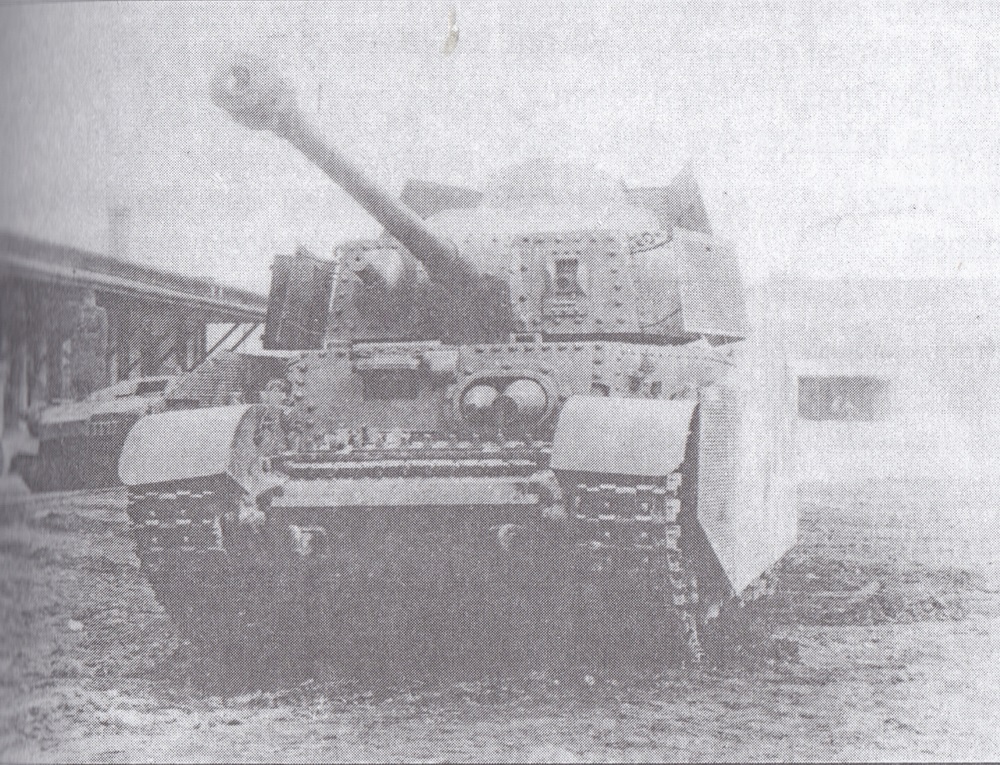 Note the turret machine gun has been turned into a true coaxial instead of the disconnectable ball mount common to earlier Czech designs. Of course, being made of real metal, the turret is now heavily riveted, the bustle overhang is chamfered a bit. The thicker hull seems to be only be readily identifiable by the stronger framing around the hull MG mount. In common with the other Turán type vehicles, a form of skirting has been added, perforated to save weight. Remember, this is a design that had roots in an 11-ton vehicle, and the Turán III is pushed 21. It can be argued that Turán III is really the Vickers six-tonner taken to its ultimate form.

Only the one Turán III was made, and what happened to it is lost to history. Given it's not in Kubinka as a prize, it's logical the vehicle was destroyed. It certainly wouldn't have been the best vehicle on the battlefield, but it doesn't give the impression of having been a terrible design either -- the basic components, from the engine through the gun were all proven, if a little stressed. 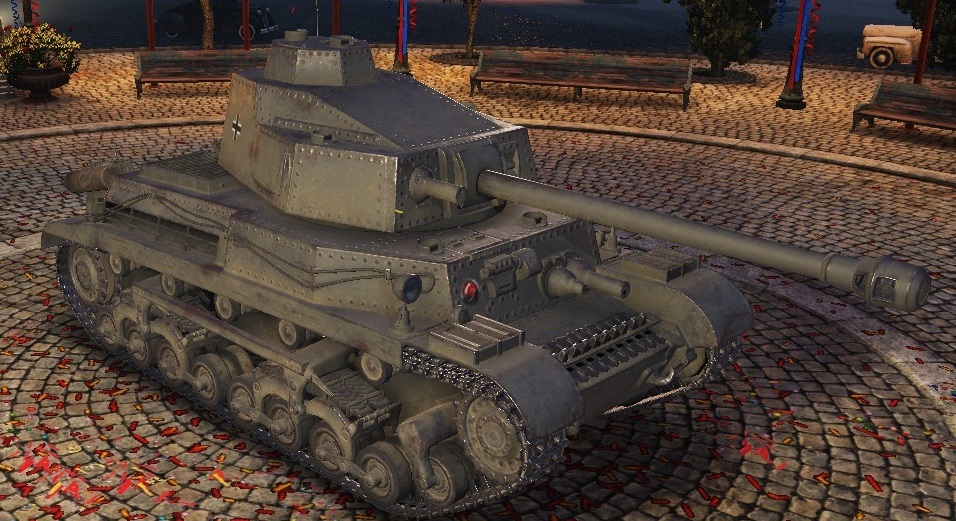 But there's little point in speculation. We've given the Turán III Prototipus the benefit of the doubt. It has a gun that shoots, and you can play it in the game to draw your own conclusions!