Many moons ago, actually close to seventy, I put up an article after reading Harry Yeide’s “Fighting Patton.” I observed that I like books which generally ignore already extant works, and start digging afresh. Although I do tend to learn new stuff every time I read a book, five years later I have encountered a highly intriguing work which has motivated me enough to write a reprise to the original. The Ardennes offensive in 1940 is generally considered to be a masterful operation, well planned and executed. Now, I'm not so sure.

The book in question is “The Blitzkrieg Legend” by Col. Dr. Karl-Heinz Frieser. He is (or at least was when the book was printed in 2012, and it’s amazing it took me this long to find it) the head of the Department of World Wars I and II in the German Army’s Military History Research Institute. This means that he is in a position to do some very good research in the original language from the German side of things. It was actually originally written in the mid 1990s, it just took a while for it to get translated into English.

It covers the assault into France in 1940, primarily from the German side, but he spent a fair bit of time in the French archives. Both are sources which are relatively under-reported in the English language literature. The book is a bit dry, but damn, I’m glad I’ve read it.

There are several commonly held beliefs which he addresses, some more squarely than others. I must admit, I was under the spell of many of them before reading the German side.

They vary from the basic such as “Blitzkrieg is a concept” (which, granted, has been getting some visibility recently), or “Germany believed it could only fight short conflicts”, through more complicated matters such as “The French did not cover the Ardennes” or “German generals operated within broad guidance”.

Sometimes the distinction is trivial. The commonly held belief is that after the Mechelen Incident, when a German officer was captured in Belgium with the German invasion plans, the Germans believed their plan to be compromised and so shifted South. In reality, it appears that the Germans were already considering it, and when the French and British started to activate their plans in response to the document capture, the German intelligence services were taking a good look at what the Allies intended to do, and so they themselves went with a plan which took into account the observed Allied response.

There are also some totally new (to me) insights. For example, the Germans were confused by a stubborn Belgian defense of a town called Bodange. It turned out that someone had the great idea of doing an air insertion of troops some way behind Bodange. That in itself, (Operation Niwi) was a bizarre idea of transporting 400 PanzerGrenadiers in Fieseler Storchs (Two troops per aircraft), to intercept reserves heading for the front. Suffice to say, not only was the operation a bit of a mess with misdirected airplanes, by cutting off the Belgian line of retreat all it did was force the Belgian troops to fight harder to survive in the position they found themselves, and thus delay the German advance instead of hastening it. The book also goes into great depth on the question of “Just whose idea was it to do the Ardennes plan, anyway?” 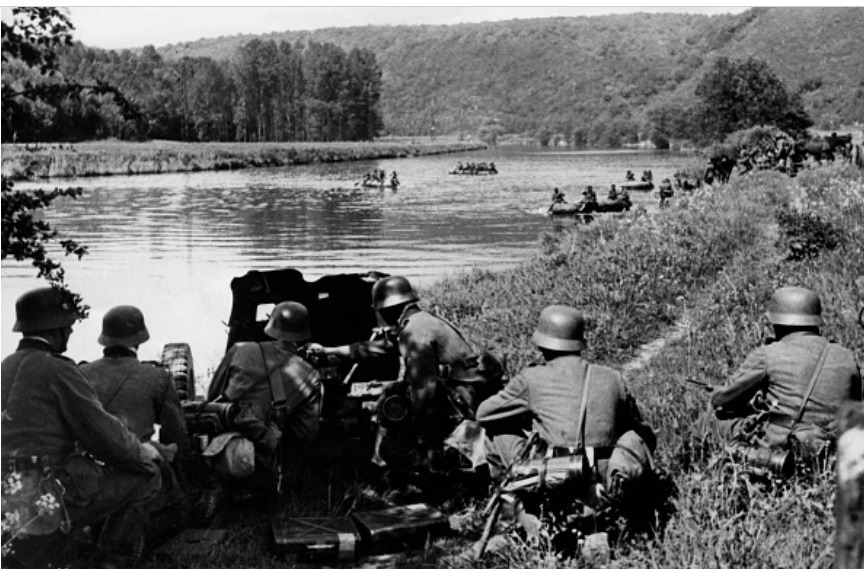 The big take-away from reading the book, though, is that the Germans got really, really lucky, the French managed to lose the fight they could have won, and the level of outright insubordination and disobedience by the German senior officers to higher orders goes beyond what I might consider reasonable “Auftragstaktik”: Operating within general guidance in support of the higher goal. Indeed, and I may be cynical, I don’t think a modern military staff could have pulled it off.

The German story is one of confused, intermingled units, near misses, and lucky breaks. You know that trope in the movies where “Sorry, you’re breaking up, I can’t hear you giving me an express instruction…” happens and the hero saves the day? Well, Rommel did exactly that. To quote the author, “It is thus striking to note that Rommel simply could not be reached, of all times, during the phases when he did not want to be stopped by his superiors under any circumstances.” He wasn’t alone, a number of other Generals outright disobeyed direct orders. Well, they do say that ‘fortune favors the bold’, although one can also note that ‘that’s no way to run a railroad.’ It opens up interesting philosophical questions as to how much leeway to encourage subordinates to have. The author also believes that Rommel, in the interest of self-aggrandisation, deliberately exaggerated the size of the Arras attack to make himself look better. This then caused the panic at German higher headquarters which resulted in reining in the Panzer units, and possibly allowing for the Dunkirk evacuation. 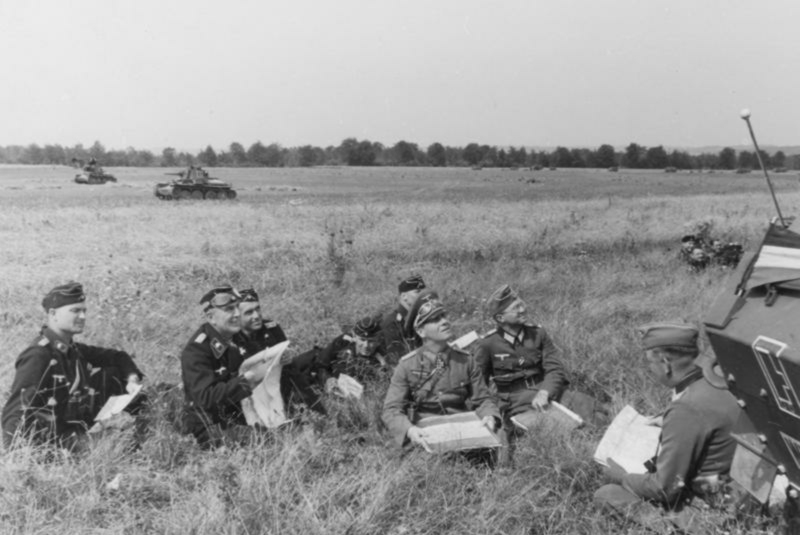 "Dangit. Our airplanes can see us ignoring orders. Curse our air superiority."

The French couldn’t have tried harder to lose the battle if they wanted to. The men usually fought hard, but their generalship… well... that left a lot to be desired. This is generally known, but the level of incompetence as shown in the book is astounding. The misconception is that the French did not plan to cover the Ardennes, but they did. As soon as the operation kicked off, the French 1st, 4th and 5th Light Cavalry Divisions were the first to cross into the Ardennes, to be a delaying force covering the more significant French forces. If the Germans got to the Meuse, there were scores of fortifications, most of which did their job. Unfortunately, it seems that there was no co-ordination with the Belgians, resulting in a gap between the Belgian withdrawl and the French arrival... which the Germans gleefully took advantage of. As the book says, both Belgium and France thought the other country was responsible for the overall defense. What isn’t a misconception is that the French took forever to understand (or perhaps accept.. shades of June 1944) what was happening, and again took forever to actually do anything about it. The timelines almost defy belief. The Germans, it seems, didn’t bother themselves with things like “The Military Decisionmaking Process”, the Generals seem to have just made a judgement call on the spot and said “Go thataway”. MDMP is a really big thing in the US military today.  At Sedan itself, the initiative and daring of three men, named Korthals, von Coubiere and Rubarth, a staff sergeant and two 1LTs, were the  reason the Germans had such success. On the smallest of decisions and the most humble of shoulders falls the weight of history. 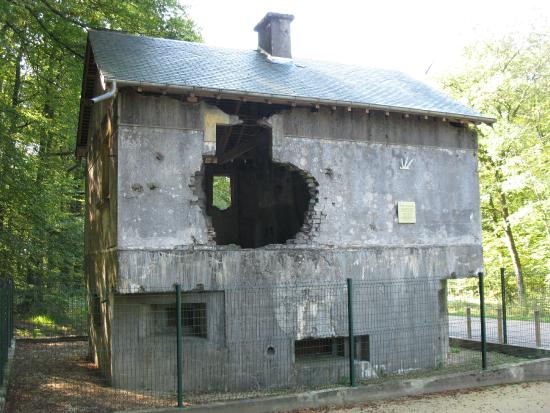 That the structure of the French system, the “Methodical battle” was outdated remains true, but even at that, there were opportunities which went by. An “Attack at once” order at 8am would take hours to get to the front line, the units might start moving by 6pm, by which point they’d go a few miles and it would get dark. By the time they made it to the actual attack, again and again they ended up attacking places only just reinforced by the Germans. A fascinating counterfactual might be “What if the Germans went up against a French military which followed its doctrine but wasn’t incompetent about doing so”? Impossible to say, of course, but I would love to see it wargamed out. 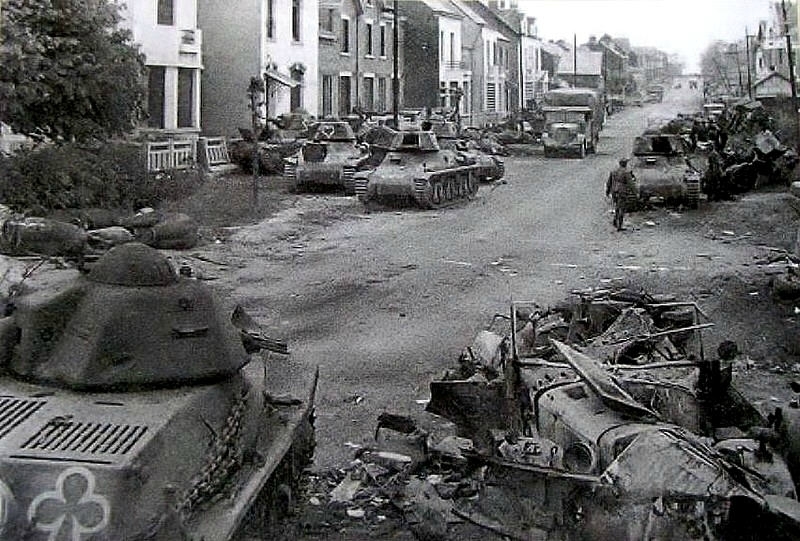 Of course, one should never confine oneself to just one or two books on a significant subject like this. For example, Robert Higham’s “Unflinching Zeal: The Air Battles over France” provides a little more context to Frieser’s observations on the disparity between theoretical and actual numbers of French aircraft involved, whilst something like Julian Thompson’s Dunkirk book goes into the Arras incident in a fair bit of depth. Perspective and viewpoint are fascinating filters.

In any case, the upshot from this article is to encourage you that if you are interested in the subject matter, don’t confine yourself just to the ‘approachable’ popular works, or ‘what you know from the Internet’; be willing to dig into some of the dryer materials. Some of the results may well surprise you.

Bob will, quick as lightning, get you to the legendary forum.