As it is well known, the M26 Pershing was not an unqualified success. By the end of WW2, deficiencies in the vehicles, many of which were already known even at the time of fielding, became reinforced. Thus, a general improvement program was started, the T40 which ultimately would become M46. It turned out that improving a tank isn’t always all that easy…

The program for T40 really kicked off in the first half of 1948, as a series of conferences between Army Field Forces and Ordnance Dept culminated in a number of changes, particularly to the power train, but also notably weapon and suspension, in what would become the M46. As an improvement of an extant design, tests of the ten T40s were relatively brief. In fact, M46 was standardised by the Ordnance Committee in July 1949, the month before the first T40 showed up at the Aberdeen Proving Grounds! 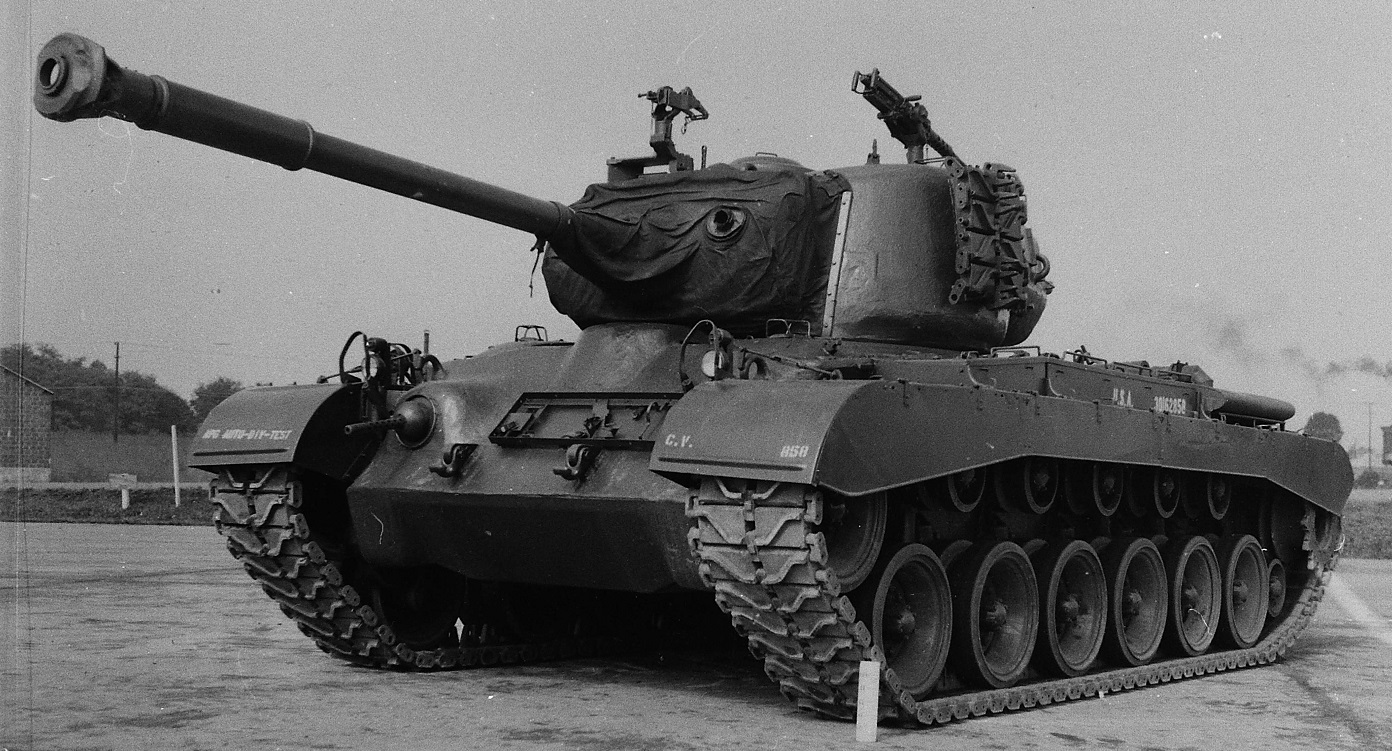 This did not, however, provide adequate time for field service testing. It’s one thing to run a vehicle around the test track for a couple hundred miles, it’s another to really run them through the grinder on the training grounds. As a result, the Army Field Forces Board #2 (i.e. Armored Board) received four of them to test out while the production run started.

Initial results were quite positive. The bore evacuator reduced flashback and fumes in the fighting compartment, at the cost of slightly increasing obscuration when combined with the new muzzle brake. (1.9 seconds for T40, 1.3 seconds for M26). However, the M3A1 gun was considered more accurate. Controls generally worked, although there was an issue with the power traverse mechanism which was a bit sluggish and rate of traverse control was unsatisfactory. The improved telescope aided accuracy, but the automatic cant corrector was a little unreliable, added ‘needless complication’, and was recommended to be removed. Overall, the Board reported that “The fightability of the Medium Tank, T40, is increased over that of Medium Tank, M26”

Trouble started to show up once a few hundred miles came on the clocks, though. “Test vehicles were operated primarily cross-country in order to detect deficiencies at the earliest possible time.” Total distances travelled before the tests were curtailed were as follows.

For a basis of comparison, hop on over to the Dracula tests of 1943.

The Shermans ran nearly 14,000 miles, and required 420 hours of mechanic man-hours, or about 33 miles to the man-hour. Now, there’s a difference between mechanic man-hours, and maintenance man-hours, the US report is not specific as to what the 3,543 hours consists of. I suspect much of that is, however, mechanics. No matter how you cut it, though, at a mile to the hour, that’s not exactly ideal. You can do the maths yourself, but that works out, assuming the typical detachment of three or four mechanics to a tank company,  as two days of movement of 25 miles each, followed by a mandatory one full day of maintenance. Not acceptable. Some improvement was required. 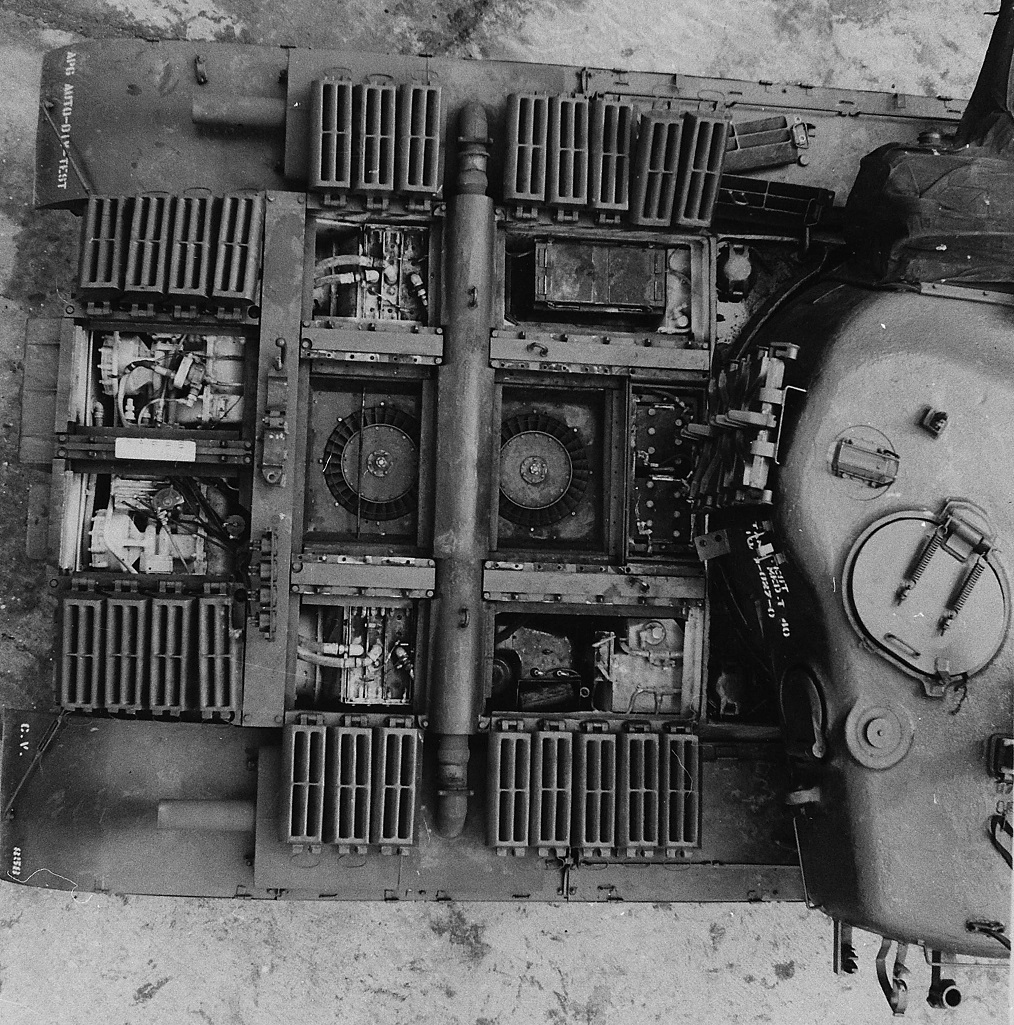 More generally, “steering control was inadequate during high-speed highway operation. Test vehicles were noted to have a tendency to oversteer at high speed to such an extent as to make them unsafe for convoy operation. A critical loss of steering control was evident when vehicle speed exceeded engine speed; eg when coasting on a highway and during down-hill operation.”

In all, it was concluded that “Medium Tank T40 in its present form is automotively unsatisfactory for military use due to its lack of mechanical reliability, inadequacy of steering control, and excessive maintenance requirements”

So, was it possible that the US Army had returned to the bad-old-days of ordering and constructing defective vehicles? And at this point, the Army didn’t even have the excuse of an ongoing war to push things along. 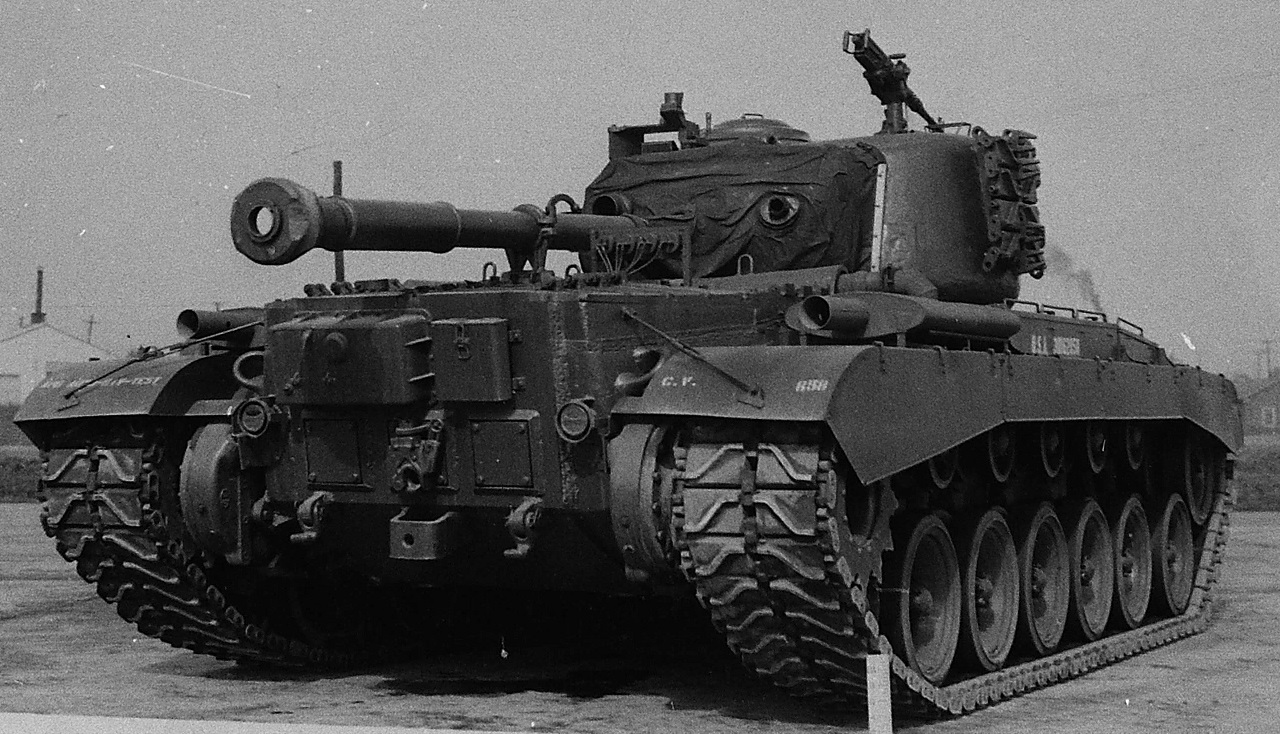 Of course, this excuse would shortly become a bit moot. The same month that the report was submitted, the Korean War kicked off. Fortunately, four production M46s showed up at Fort Knox, (M46s had first arrived at Aberdeen in November 1949)  so the T40 test was immediately terminated, and the focus turned to the M46, in the hopes that some of the issues had been identified at Aberdeen and the factory, and that the M46 wasn’t the disaster that the T40 was indicating it might be.

Armored Board’s hopes were soon to evaporate in the smoke of burning M46s. But that’s for next week.

To the forum thread, clock on Bob.