Going out of “History mode” for this week, and moving to a bit of Op-Ed. I’ve had a couple of folks, including one about to enter the Belarussian army, asking for advice as to how to survive Basic Training.

So, if you’ve already signed the dotted line and are awaiting a ship date, or if you’re seriously considering it, and want to know what to expect, this article is for you. I’m sure that on the discussion link, others will chime in too.

I have had the questionable benefit of having been at the level of ‘just above primordial ooze’ thrice. Once as an Irish recruit, once as a US recruit, and once at OCS. Irish basic as a reservist didn’t really count as a life-changing event, as it was more a couple weeks away on camp, and OCS is kindof like Basic but worse, because you have to make decisions and actually lead (Who’d have thought it?) in addition to being run ragged. 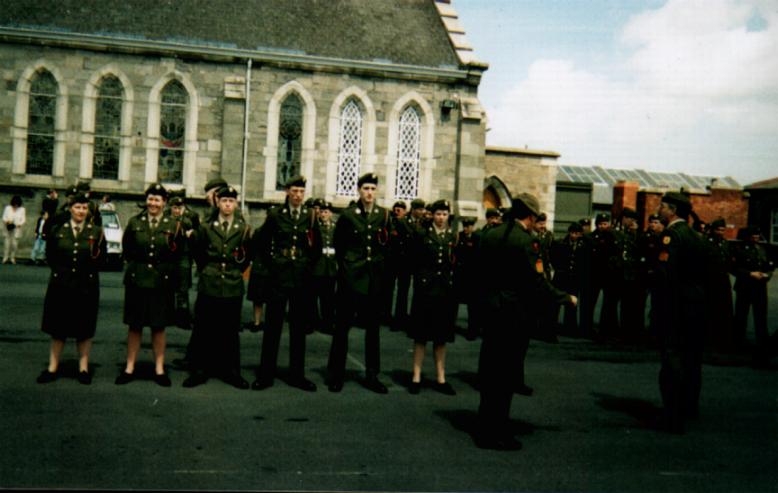 Still, here are my thoughts and words of wisdom.

Firstly, if you still have a choice, please do think about what you’re about to do. Tanks/guns etc are cool. I got it. Still, the military life isn’t for everyone. I’m approaching my sixteenth year in the US system, and I’m still not a fan of doing my two-mile run in sub-freezing temperatures at 6am.  Worse, you’re going to miss a lot of important events you’re going to wish you hadn’t. I’ve a six-year-old daughter, I’ve been able to go to only one birthday party. The Army’s had me all the others. I was in Afghanistan for most of the first year of her life.

If you’ve decided that this is something you –really- want to do, however, (or if you’re in a country which doesn’t give you a choice in the matter), then read on.

The most important thing to remember is that no matter how unpleasant, how inconsiderate, how god-awful the Basic Training experience is, it is designed to graduate people. They actually want you to pass, and to join the force. And do to so in an intact, fit, healthy, sane manner. There is a method to the madness.

I recall on one bus trip to the range, it turned out that the bus driver was married to one of our drill sergeants. “Hey, I’ll let you guys know, he puts on his Scooby-Doo underpants on one leg at a time just like you would.” They’re human beings too, with a sense of humour and perspective. Although they may give the impression that nothing you do can possibly be good enough, they will recognize if you’re putting in the effort. 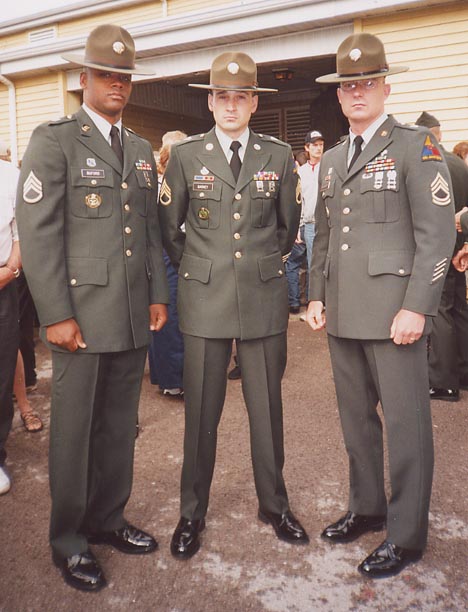 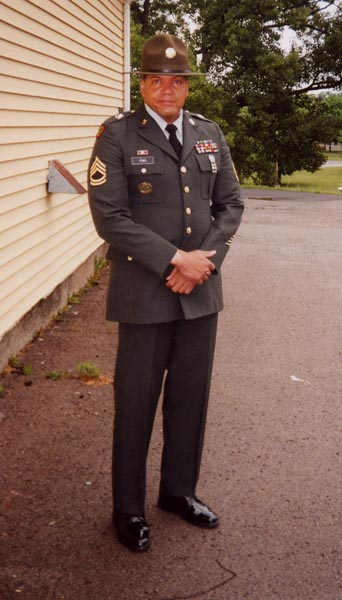 The four human beings who made my first stay in Fort Knox so.... interesting.

First: The fastest way out of Basic is to graduate. If you think you can get yourself thrown out, you may end up doing so only after a bit of time in the stockade. Even if you manage to miss that, there’s a perfectly good chance that you’ll be put into a holding unit, cutting grass or painting rocks, for months while the Army’s paperwork process is conducted. Remember, the system is based on the fact that they want you to graduate. And, in a volunteer military, that you actually want to be there in the first place. Further, nobody is ever well motivated to do the paperwork for such things, so it’s definitely going to take a while.

He was not wrong. You can practically turn off your brain and graduate Basic. Instruction is given to a level of “spoonfeedingness” that sometimes I genuinely wonder about the state of the US population as a whole.  All you have to do is listen to what you’re being told, and do it. Nothing more, nothing less. The other thing that makes me wonder about the State of the US population as a whole, however, has been my observation as to just how many people are unable to follow these three simple rules. It’s enough to make you rip your hair out. In the immortal words of every Command Sergeant Major throughout the US Army’s history… “Please don’t be that guy.” Those of you who are older than most will have a different experience. I went through Fort Knox at age 25. Almost 50% older than the average recruit.  The theatrics and ‘games’ that the Drills play don’t work the same way on us older lads, but the behavior of “that guy” is going to drive you absolutely spare. Nothing for it but to accept that maturity comes with perspective changes, and some younger folk just don’t ‘get it’ yet. 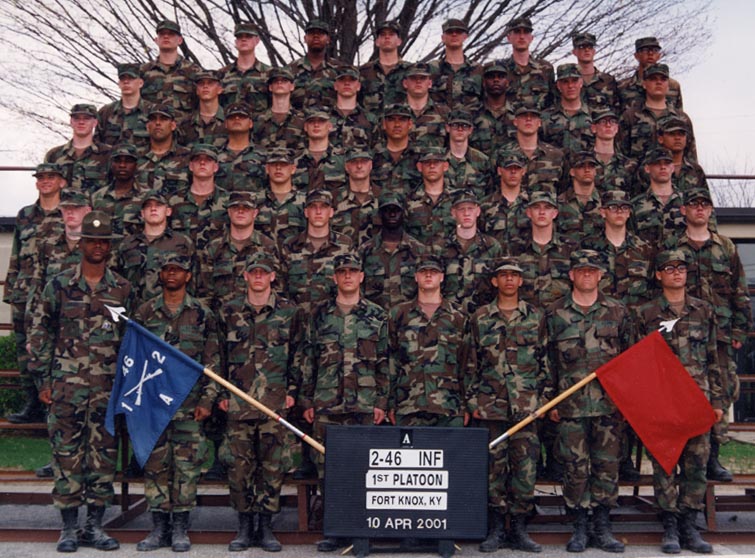 They didn't let me have my Chieftain's Hat yet

One of the unwritten rules in the Army is “Never volunteer for anything.” There is much truth to this statement. However, I have also noticed that if there are ever any ‘good’ details, they also tend to be given to people who stick their necks out and volunteer. This becomes a bit of a judgement call for you. My life in Basic turned out to be missing a few unpleasant activities because I had volunteered to do something, and that kept me busy during the mud baths and sense of urgency drills. There is nothing wrong with being “The Unseen Private Jones in the Third Rank,” you’ll just end up with a middling experience.

The gas chamber sucks. Just accept that now. If you have a choice, try to get in on the first run, before the gas builds up in concentration. It won’t kill you, neither will most anything else. I recall one morning, doing laps about two weeks in, it’s before 6am, pouring rain, and I’m overtaking one chap. As I pass by, he pants in between gasps, “I…. have made…. a mistake…” I could relate entirely. He graduated, like most of us.

Again, nothing is designed to kill you. It’ll feel like it, but it’s not. I don’t know of anyone who has looked back on their time in Basic and said, even in retrospect, “You know, I actually enjoyed that.” But there are a lot of people who will look back and say “I’m glad I did it, and that I made it through.” It’s a gut check. For a lot of folks, it is the first time away from the security of home and friends for anything longer than a few days. It certainly makes you re-evaluate your priorities in life. And appreciate a good pizza or steak. I don’t know why, conversation often revolved around food. But I digress.

When you are having those days of incredible misery, realizing to yourself “You know, I don’t need to be here”, and you want to quit, tell yourself “I’ll quit in the morning.” Next morning, you’ll realise it’s not that bad, and that you are one wake-up closer to graduation.

Then you get a final feeling of satisfaction and pride once you’ve come out. It’s worth it.

Anyway, those are my immediate thoughts. I’m sure that others will chime in on the forum, click on Bob to go to the discussion link.

Oh. And don’t leave your locker unlocked. Ever. Trust me. 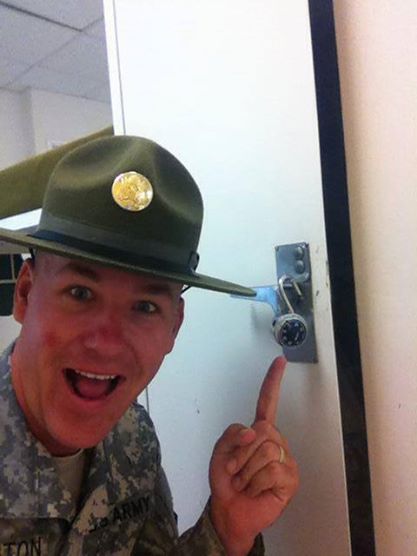