The Chieftain's Hatch: Rifles vs Tanks

One of the great concerns that infantry had in the early war period was that, on average, the typical infantryman was at something of a disadvantage when dealing with tanks. He had a rifle, maybe a light machinegun. Hand grenades were decidedly unreliable against tanks, especially if the crew were smart enough to close the hatches. What could an infantryman do?

This became a concern for the Chief of Infantry in October 1939. COL Fredendall, executive to the Chief, wrote a letter on the 16th to the Office of the Chief of Ordnance asking for a favour.

LTC Barnes thought about this for a short while, and on 02November wrote to the Commander of Aberdeen Proving Grounds to instruct him to conduct such tests, and to expect delivery of the test weapons from Springfield Armory.

These tests were duly conducted on the 14th November 1939.

The report opens… “So far as it is known attempts to break or throw the tracks of light tanks or combat cars by thrusting rifle barrels between the track and the sprocket or the track and the idler have never been made at the Proving Ground.”

Probably a good reason for that. However… For Science! 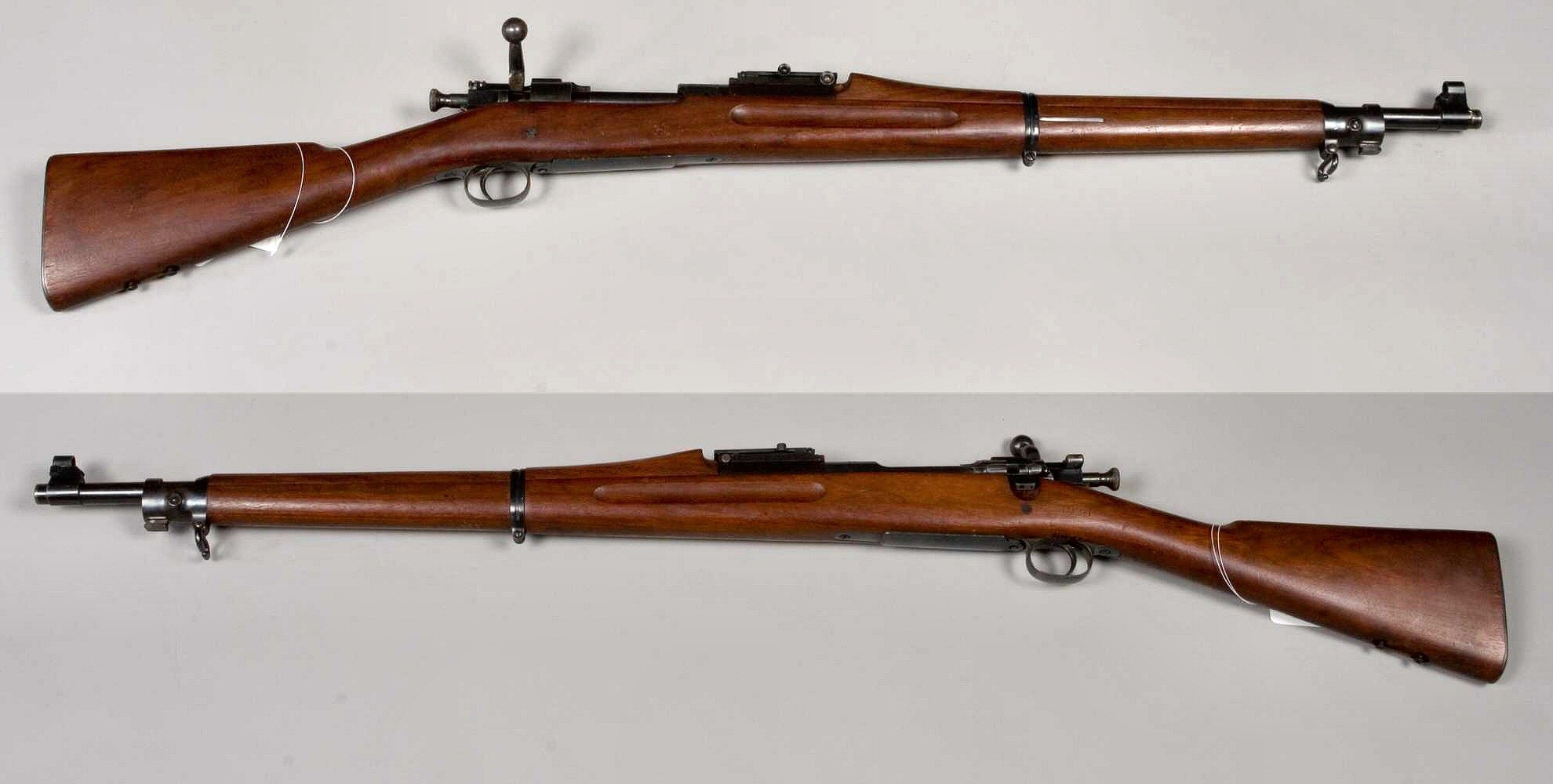 The report then stated:

“It was found to be practically impossible to place the rifles at the desired spots in the tracks and suspension with the vehicle running at anywhere near the expected speeds cross-country in attack. Four attempts to throw a rifle between the spokes of the idler were absolute failures. The fact that the vehicles are front drive makes it very difficult to throw a rifle into the suspension in such a manner as to be carried between drive sprockets and tanks.

The test as finally carried out consisted of operating the vehicle at very slow speed, probably 1mph, in low gear, and placing the rifles and barrels with the tank in motion.

After the first three, however, the ‘infantry’ started having more success.

Having run out of issued weapons, the undeterred ‘infantrymen’ decided to adapt and improvise. A large stone, over 5” in diameter, was procured from local sources. This stone was placed in front of the idler and rode around to lodge between the idler and the rear return roller, where it did no damage. No adverse effect to the vehicle was noted, but the rock was partially damaged in its trip around the idler, with a bit breaking off, the flat spot resulting visible in the photograph below. 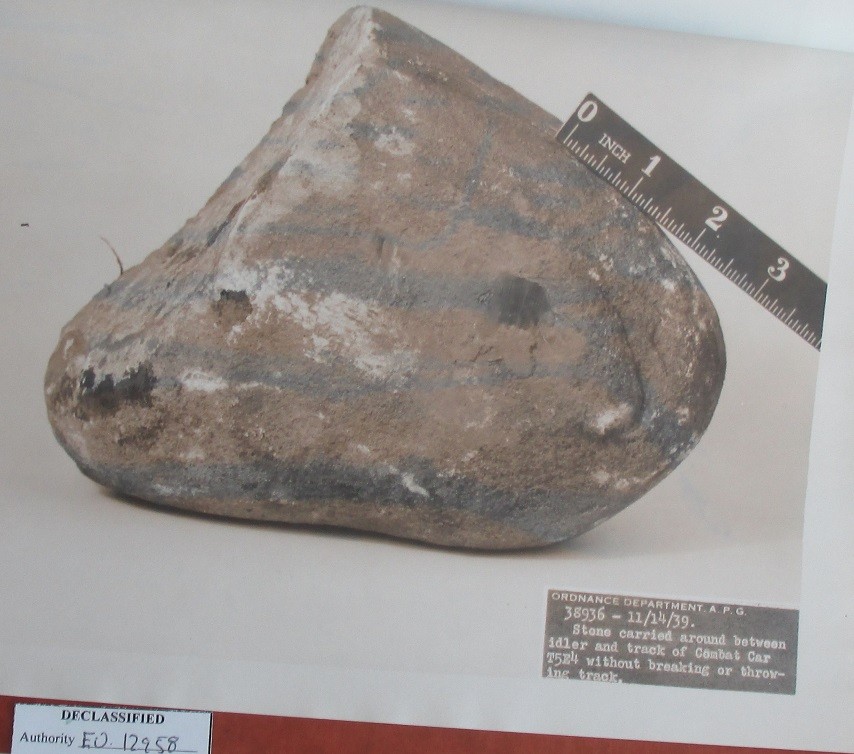 It was thus concluded:

Hopefully the Infantry Branch were satisfied with the effort taken to answer their query. 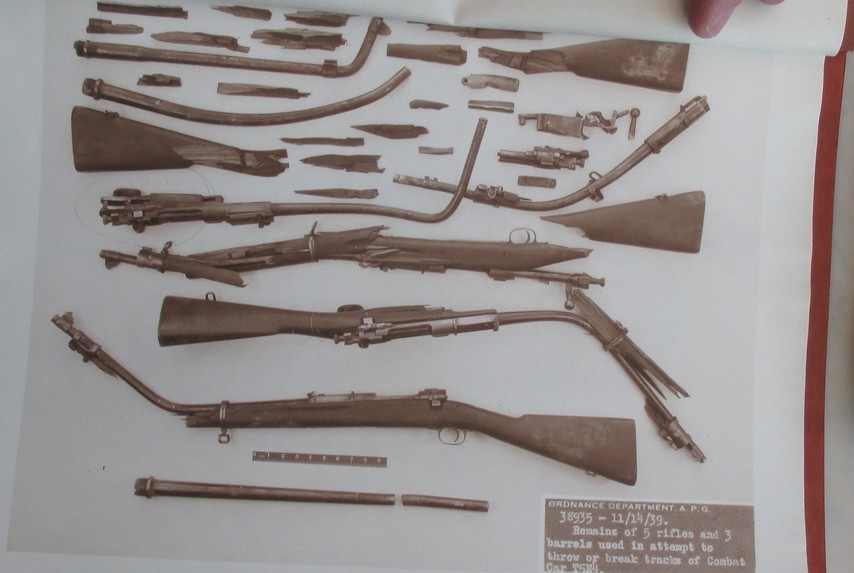 There is a footnote to this. Thanks to Steve Zaloga for pointing out to me that an Technical Bulletin of 1942 instructed tank units to weld small plates over the holes in the wheels of light tanks M3, after the Japanese practice in the Philippines of trying to disable them by jamming metal rods through them.

Bob will take you to the discussion thread. Liking my Facebook page to raise my follower number will feed my ego.

I'm Bob, for those who haven't met