If you haven’t been following the NA WoT Facebook page, I’ve been running a series of daily streams called “The Motor Pool”, in which I pick two vehicles, and spend as much, if not more, time talking about their history as I do playing them. Obviously I am limited to vehicles for which history is actually available, but I digress. In the course of these streams, I usually grab a book and read excerpts, and I often either learn, or remind myself of things. Today (I’m typing this the Wednesday just gone by), I read that Crusaders had a reputation for burning almost every time they were hit. Originally blamed as petrol, the cause, it turned out, was the ammunition catching fire. This sounds highly familiar as to a reputation ascribed to an American-produced vehicle.

I was laughing when I read the following excerpts, though, as regards tank destroyer philosophy. Hopefully the author won’t mind the liberal transcribing.

From the official correspondence.

Tank destroyers are the most effective weapon against tanks. These should be full tracked or wheel-cum-track self-propelled guns with the lowest possible height and the highest possible speed. They must take advantage of the tactical weakness of a tank attack by mobile fighting – if possible, striking in the flank or rear. 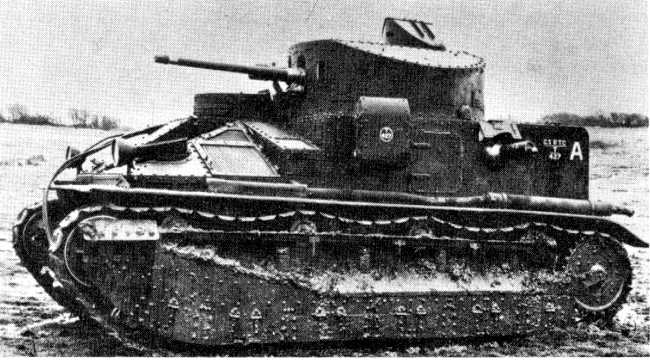 A 1927 tank. Not sure it's necessary to get around the side, honestly.

Hmm. I feel like I’ve heard this before, somewhere. Some development work was led towards this goal, but nothing really put into production.

Then, 11 July 1935, the following was reported in a document entitled “Offensive defense agsainst tanks”

The Chief of the Army himself emphasized that an offensive tank defense must be strived for .[…] The frequently expressed principle that the best defense against a tank is another tank is at least disputed. Bomber aircraft are not employed against heavy bomber aircraft. Instead, faster and more maneuverable fighter aircraft presenting a smaller target are used that only have to be armed in such a way that they can really damage a bomber. At sea the torpedo boat is fought with a torpedo boat destroyer, the submarine with a submarine destroyer. In both types of destroyers the most important specification is superior speed and maneuverability – armored only as far as it doesn’t interfere with both primary characteristics. Recently this train of thought by many sailors has reached its peak in the [torpedo] boat. Apparently even against the heaviest and largest warships, the [torpedo] boat is a valuable and dangerous offensive weapon. These very small targets have a considerable speed of about 40 knots and therefore are very difficult to hit. Armor is practically renounced. They have fulfilled their role if they can get within effective torpedo firing range undamaged. Even if they are destroyed after achieving their task, their employment is worthwhile, even from a purely economic standpoint. But after firing torpedoes, they will frequently succeed in getting away, thanks to the characteristics of high speed, maneuverability, and small target area.

The question remains whether a tank destroyer can be built exactly corresponding to the fighter aircraft, torpedo boat destroyer, submarine destroyer, and especially, the [torpedo] boat, in which armor is rejected in favour of the following primary characteristics.

This creates an entirely new automotive problem as well as a totally new weapons problem. The automotive problem on land is certainly very much more difficult than on the sea for a [torpedo] boat. Whether the problem can really be satisfactorily and economically solved is completely undetermined and requires thorough investigation. Some people are thoroughly skeptical. […] The high road speeds (more than double that of a tank) allows anti-tank units to be rapidly sent to threatened sectors.

The second-to-last line, I think folks can fully agree with. Even to this day, the question of whether the US Army’s tank destroyers were a good idea is still debated.

However, let us move forward another couple of years.

Fast tank destroyers are unique in their continual readiness to fire, high cross country mobility, and armor protection. They are therefore qualified to combat enemy tanks by attacking.

Unhindered observation with an open top allows early recognition and engagement of enemy tanks which have limited vision.

The combat unit is the company. Employment of the entire battalion as a single unit can be useful in many situations. Employment of a single platoon by itself should be seldom.

When attacking field or fixed fortifications, the [vehicles] can be employed to fire at bunker openings.

On the defense, they are to be held in reserve. They won’t be sent into action until the direction of the enemy tank attack is clearly identified. Their task is to destroy the enemy tanks that have penetrated into the main battlefield.

The bulk of anti-tank units should be pooled[…] Mobile, heavily gunned tank chasers

Certainly it is poor economy to use a $35,000 medium tank to destroy another tank when the job can be done by a gun costing a fraction as much. 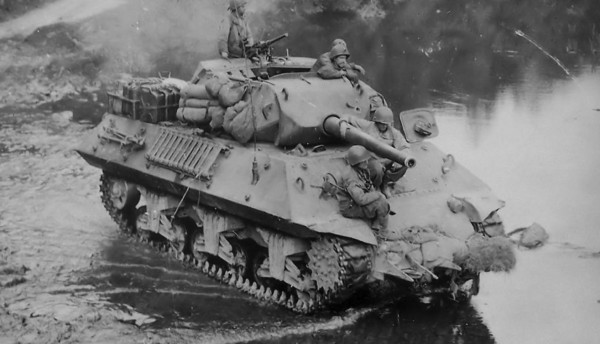 Cheaper than a tank. Not even the cost of a traverse motor.

Or, from the same year,

The destroyer’s gun and mount don’t have the tank’s armor, but its crew commands greater speed, visibility, maneuverability, and at least equal firepower. It can pick the time and place to deliver its punch and then hightail it to a new position to strike again. One good tank destroyer can be produiced for materially less than the cost of a tank, and in far less time and with less critical materials.

Or the end of the year,

A tank destroyer should be a gun motor carriage with mobility greater than that of a tank, ample space for the crew, not weigh over 20 tons.

Tank destroyer units are used offensively in large numbers, by rapid maneuver and surprise […] Tank destroyers avoid “slugging matches” with tanks, but compensate for their light armor and difficulty of concealment by exploitation of their mobility and superior observation. […] The battalion is the smallest unit which should be engaged separately.

(a) Direct or indirect fire to reinforce or supplement that of artillery units.

(b) Destruction of pillboxes and permanent defensive works.

You’re starting, I’m presuming, to see something of a pattern, or of recurring themes. Over all this time, all this documentation seems to lead directly to the formation of the US Army’s Tank Destroyer battalions. What had me laughing, though, as I was reading it on stream, was that much of the above was being read from German sources as regards the development of the LOLTrak… erm.. Leichttraktor, which, if you didn’t know, was actually developed as a tank destroyer, the 3.7cm TaK (Tank Abwehr Kanone) 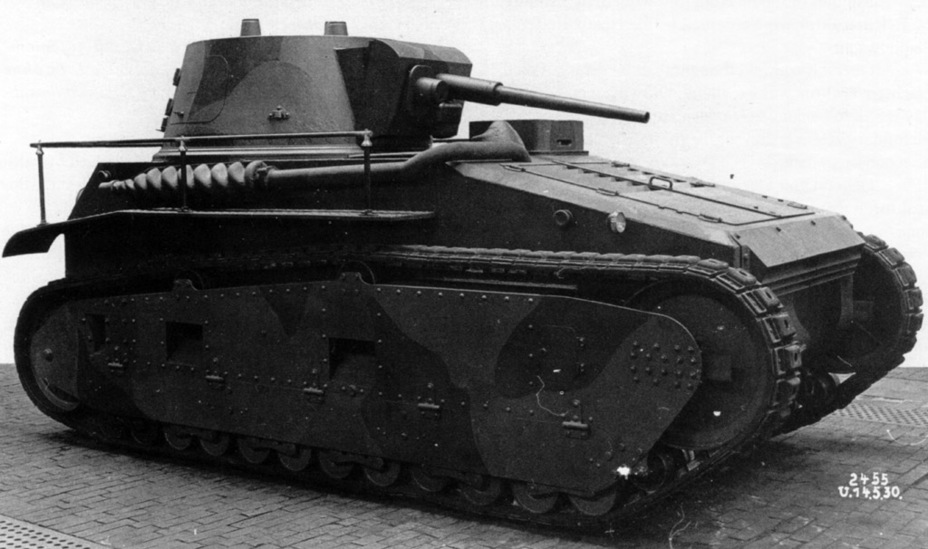 The 1927 statement was put out by the Chef des Heereswaffenamts. Back then, the vehicles were not known as Panzerjaeger, but as Tankzerstoerer. Literally, tank destroyers. The 1935 document from Wa Pru 6, the German automotive design office, in which the Oberkommando des Heeres’s opinions could be found in “Offensive Abwehr von Panzerwagen”. The description of the vehicles in 1940? That came from a Panzerjaeger tactical manual, Merkblatt 28/1. All shamelessly copied from Panzer Tracts 7-1 by Jentz/Doyle.

It isn’t until 1941 that the quotes start coming in from the US side of the house. It’s almost as if the Americans had been reading the German writings before coming up with their own doctrine and calling it their own.

There isn’t really much of a point to this article, except to demonstrate a case of parallel evolution. It was almost as if McNair and Bruce had read the German writings before they came up with their own statements. The Americans were evidently not going off in unexplored tangents when they came up with the idea of a light, fast, cheap, open-topped vehicle designed with the primary purpose of killing tanks as massed groups and a secondary purpose of killing bunkers. The fundamental logic of the doctrine and of the vehicle design had been identified a decade prior.

Anyway, that’s your food for thought for today. The totally unique Bob will bring you to the forum thread.