It's been a while since I've done one of these, but given it's ANZAC Day, I'm pulling out these photos of the Australian War Memorial: 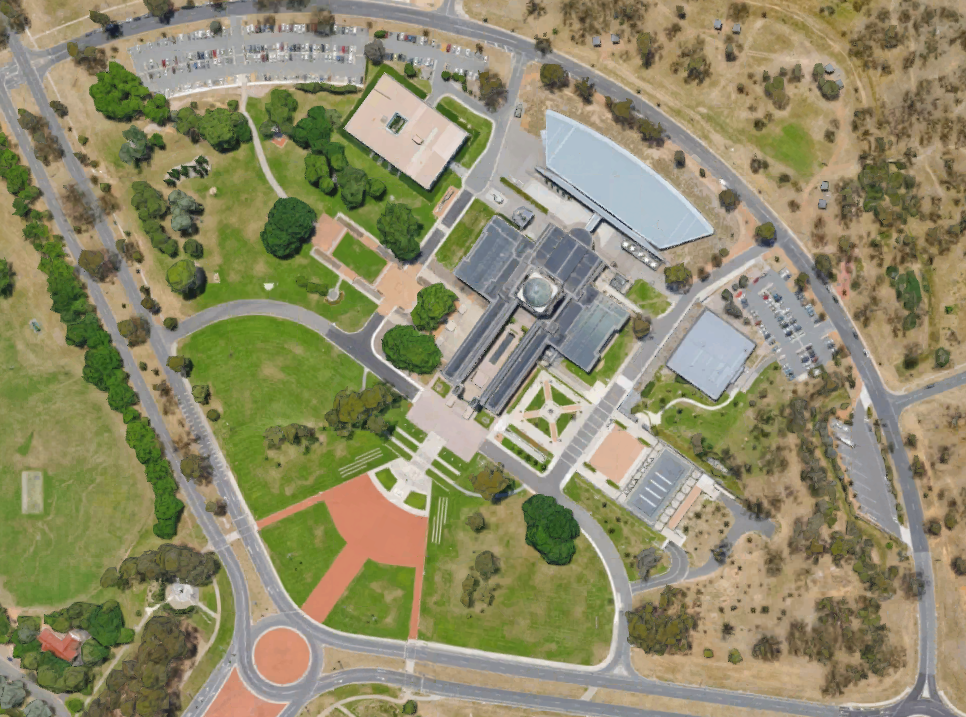 I have in the past observed that the Australians take their military memorializing seriously.

Not the rather loud method that the US uses, but far more solemnly. In my observation, US Memorial Day is a day to open the summer season of fun, have a day off work, visit the beach on the long weekend, have a barbeque. A minority of folks, usually those who have some relationship with the military, either by way of their own service or by way of a relative, and by no means the majority of those, will visit a military grave or memorial. But to the public at large, it's just a day off.

Not so in Australia and New Zealand. Folks will get up early for the dawn service. A lot of folks. Here's the Dawn Service at the Australian War Memorial. 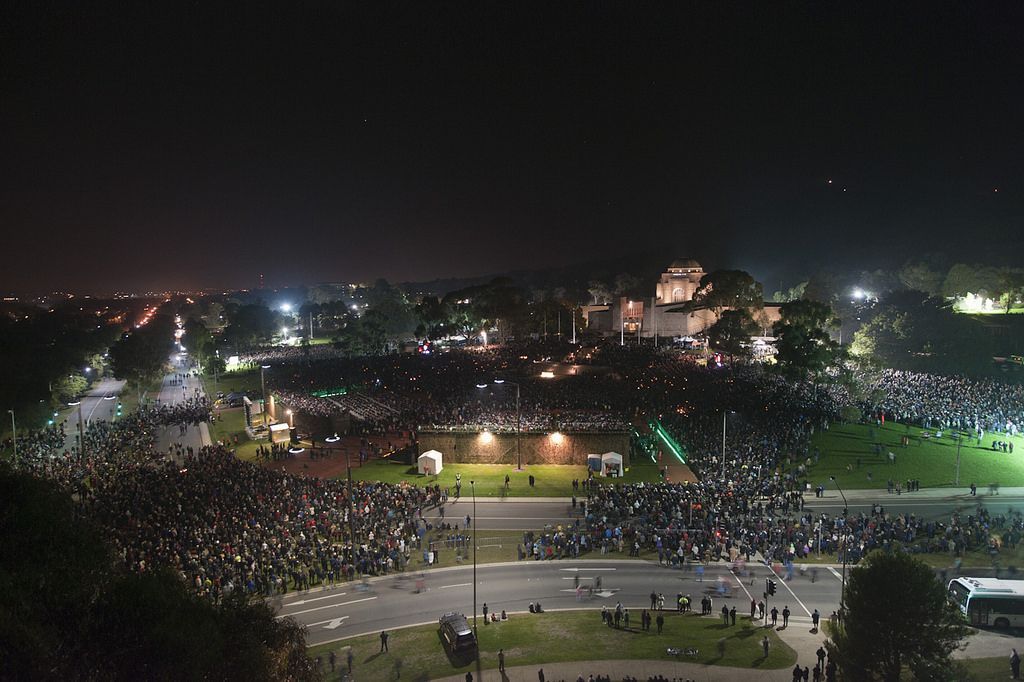 That's some of the 120,000 folks who got out of bed before dawn to go stand at the memorial that morning. That's about one third of the population of the entire city. Across the way, the service in Wellington, New Zealand (population 200,000) had some 50,000 attendees. 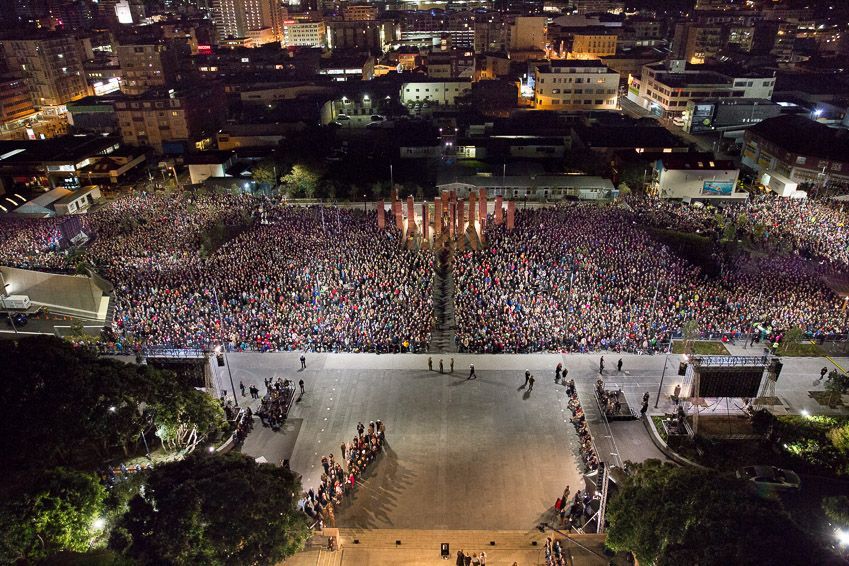 Granted, that was the hundreth anniversary of Gallipoli, which boosted the numbers considerably. But I can't think of any other Western nations where this sort of thing happens.

There are two "keystones" to the city of Canberra, if you look at a map or satellite shot. One is the large circle around the hill upon which the Australian parliament building is located. If you follow the grass line and large street (ANZAC Parade) to the North East, directly in line with the parliament's front door, you reach the Australian War Memorial. Part memorial, part museum, it's a must for any visit to Canberra. (Though Canberra's not a massively exciting town, so it's not hard to visit it. Apologies to any Canberrans reading this).

One nice thing about Canberra being a modern small city is that getting around is very easy. Parking was perfectly adequate for a visit on any other of the 364 days of the year. Guided tours are freely available. The tour will start at the memorial part of the building.

The name of every known Australian servicemember killed is engraved on the wall. Some wars have many names... 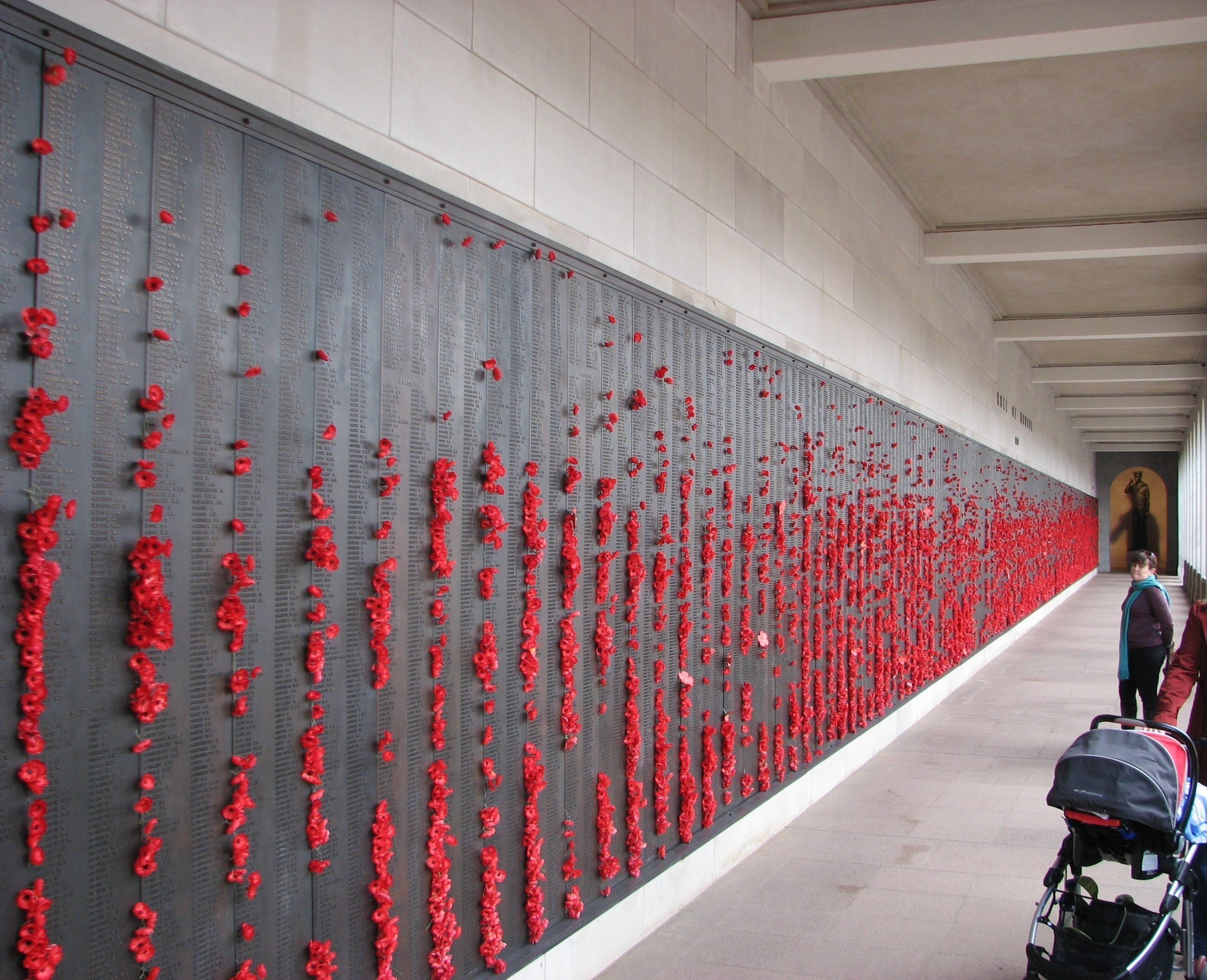 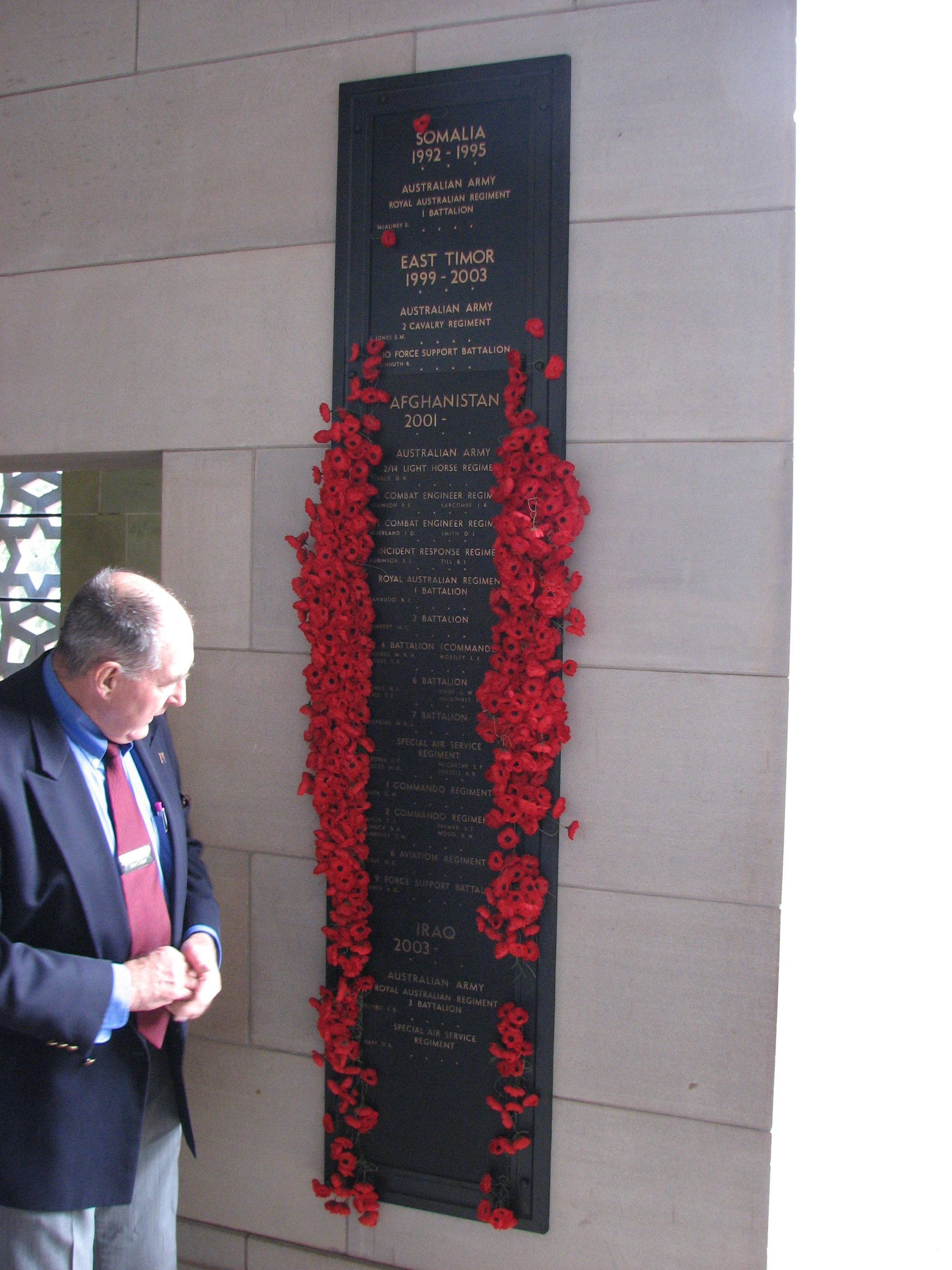 There is, perhaps unfortunately, still room for additional names, but it is a reflection of the reality of the world that further sacrifices will be necessary. The poppies have been placed in the cracks between the slabs by relatives or friends of the person whose name it lies next to.

Unlike many tombs of the unknown soldier around the world, the Australian grave is inside a chapel. Unsurprisingly, given the origins of ANZAC Day, and as the origin of modern Australian military commemoration, the unknown is from WW1, although from France, not Turkey as one might initially have expected. 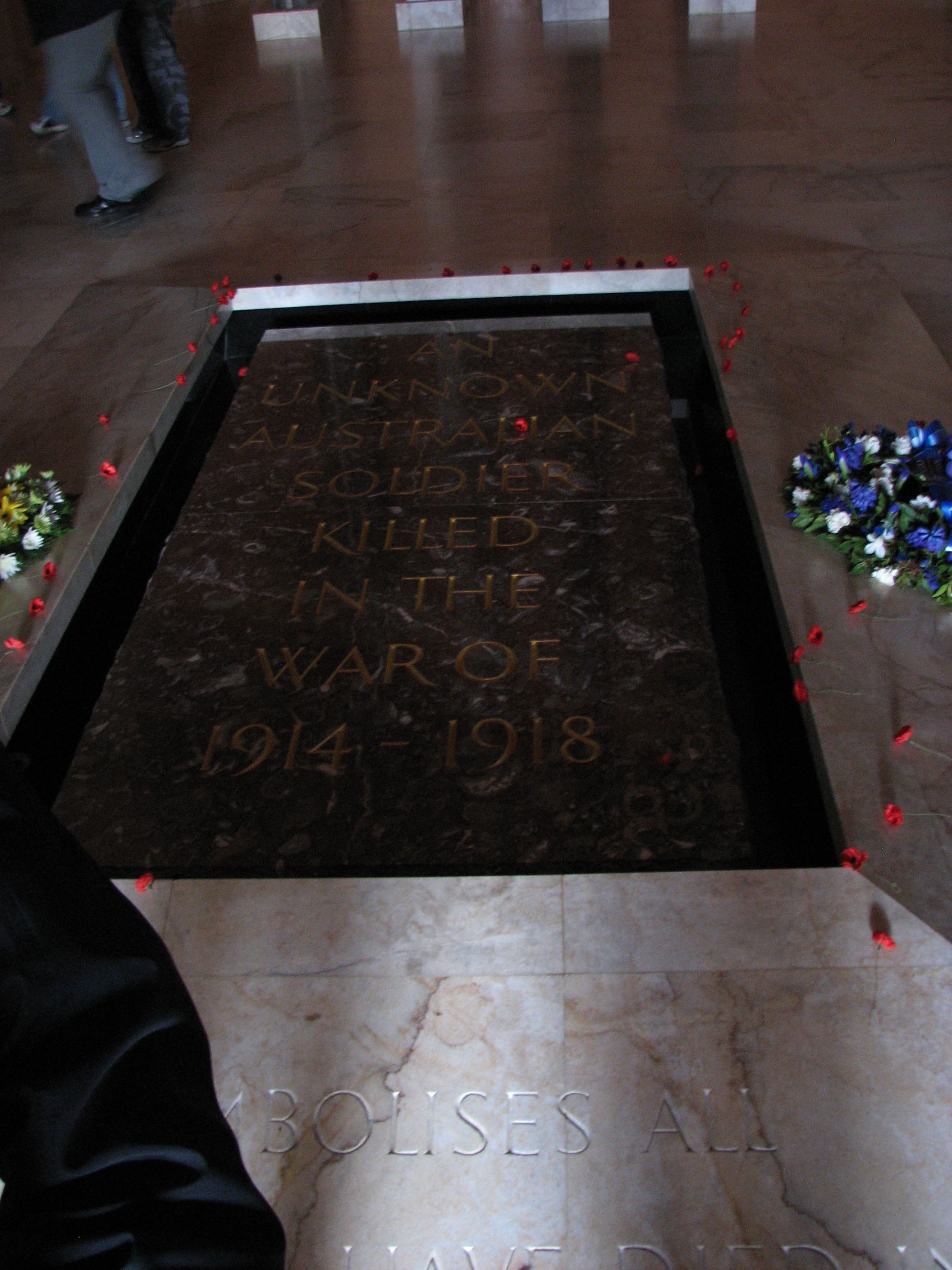 The main body of the museum is a combination, generally, of paintings, models, 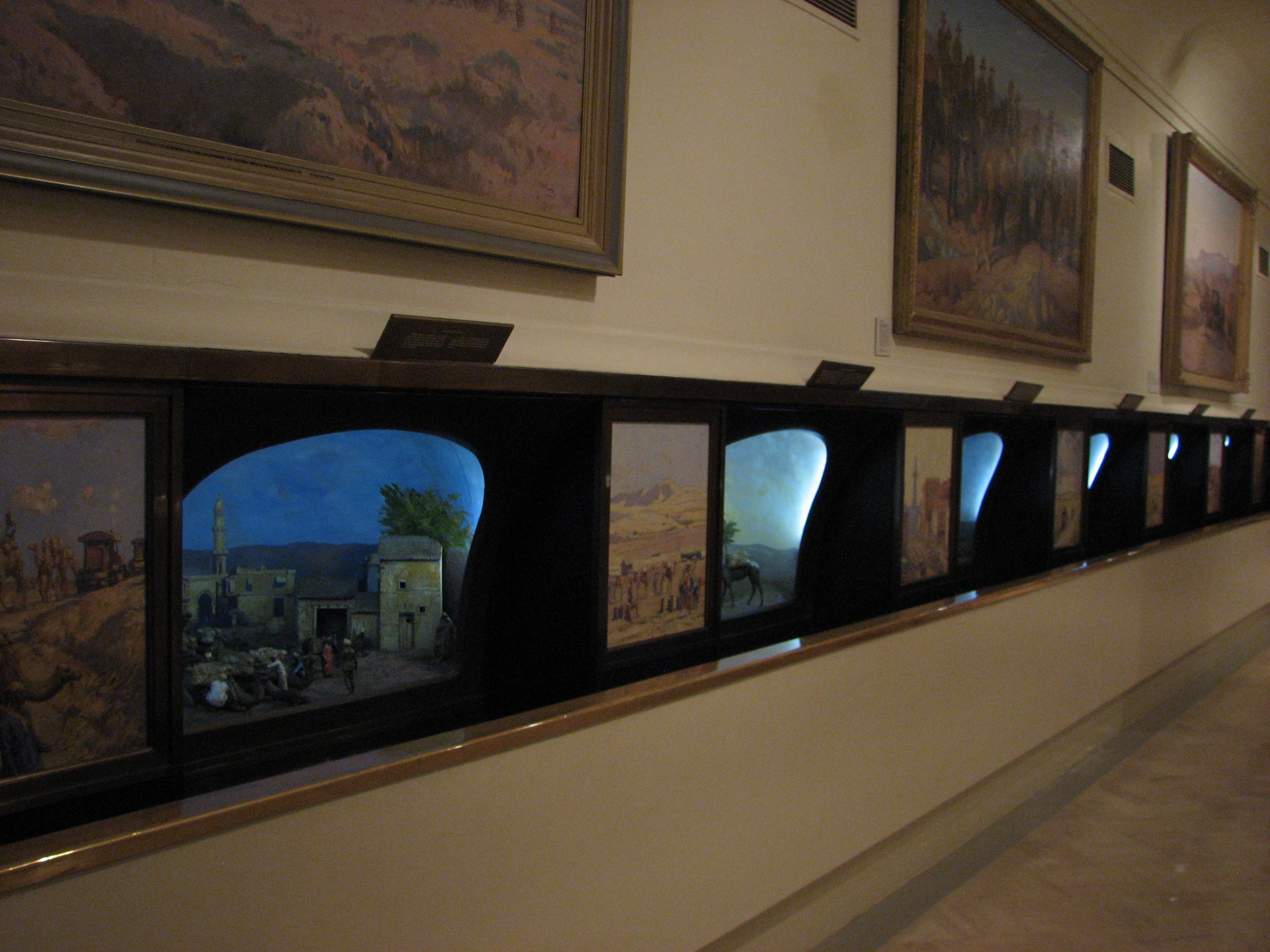 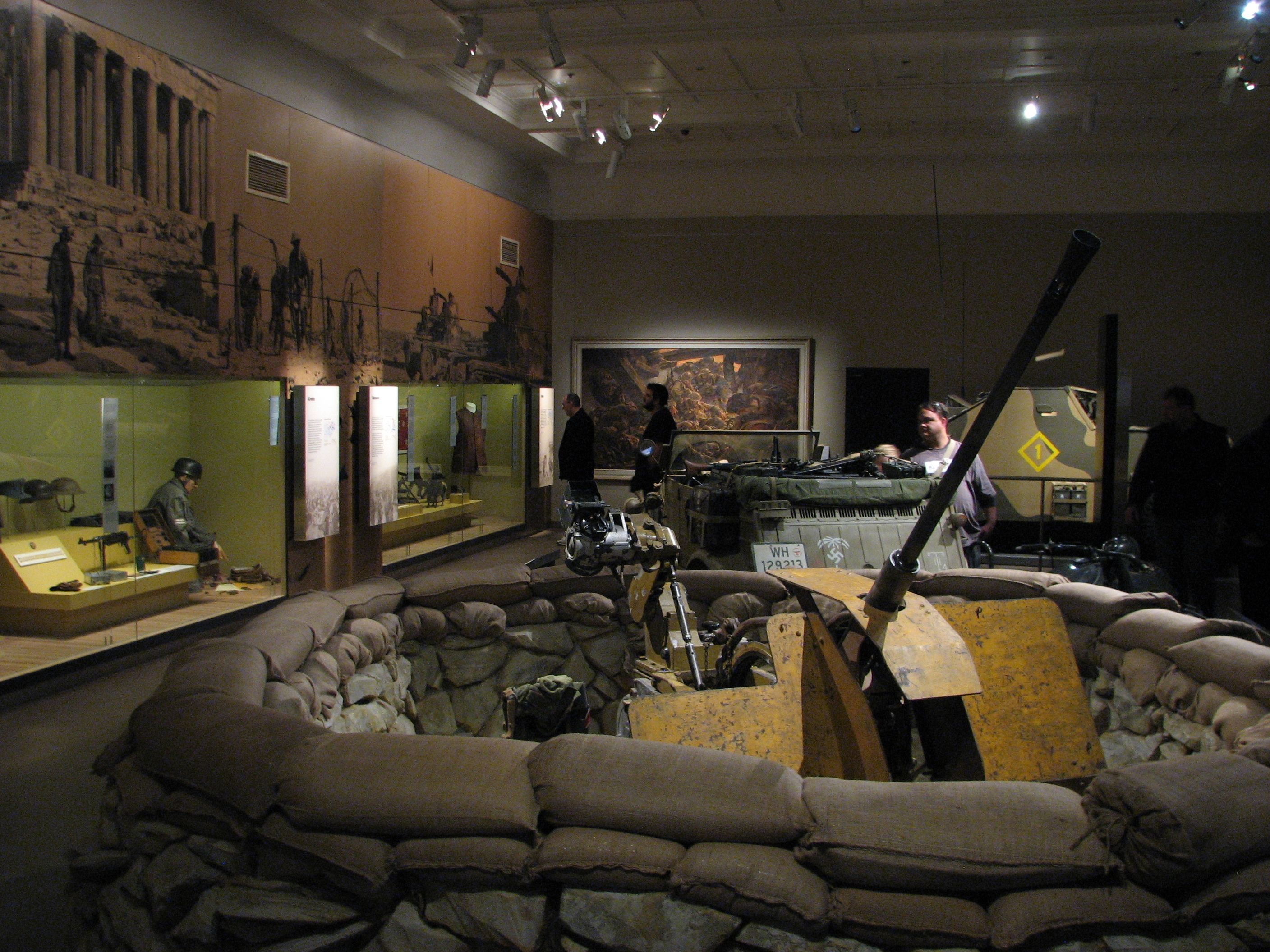 As you can imagine, Gallipoli is well represented... 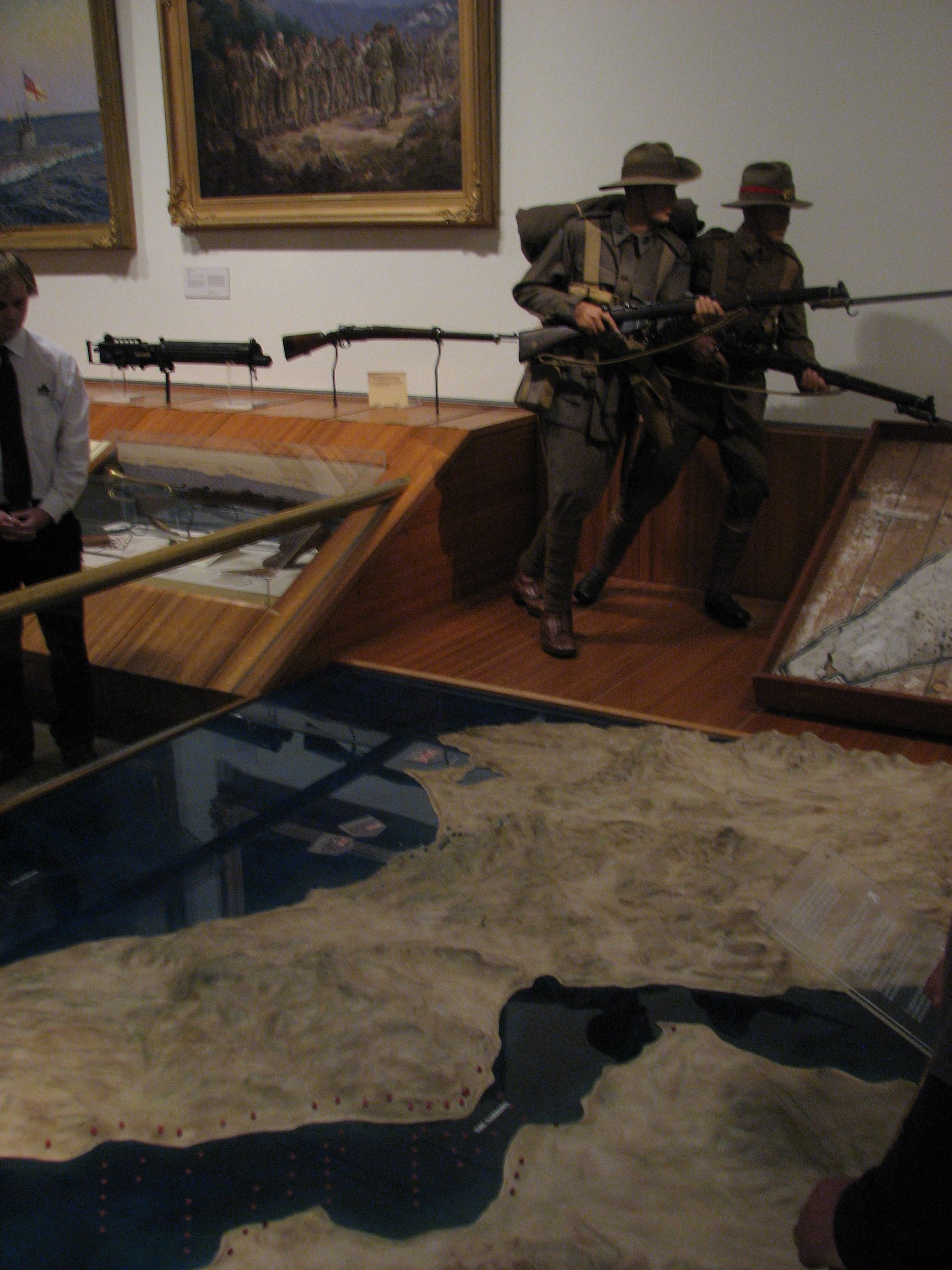 As is the fight in North Africa, before moving to the Pacifc. 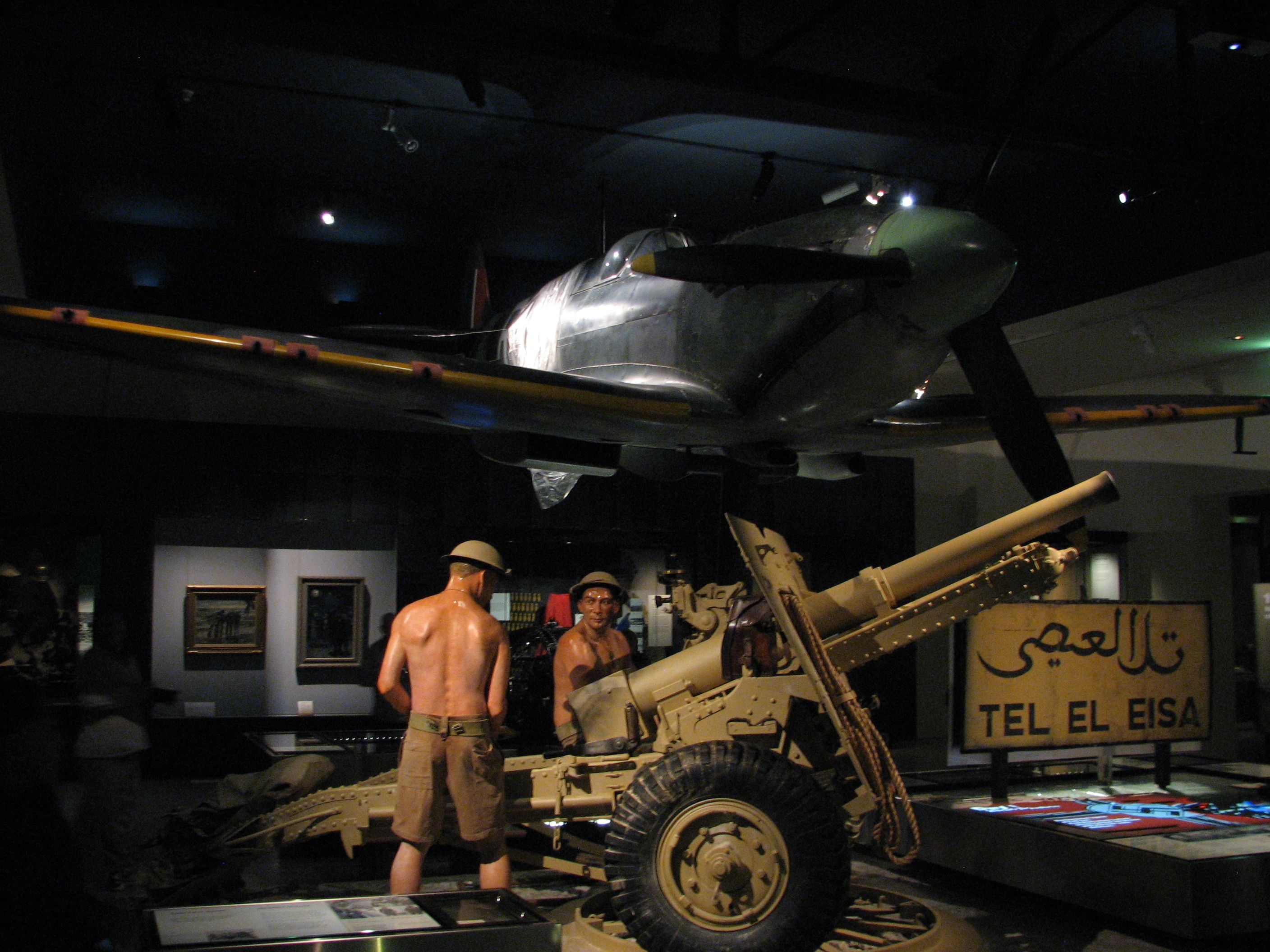 The progression continues, through Vietnam... 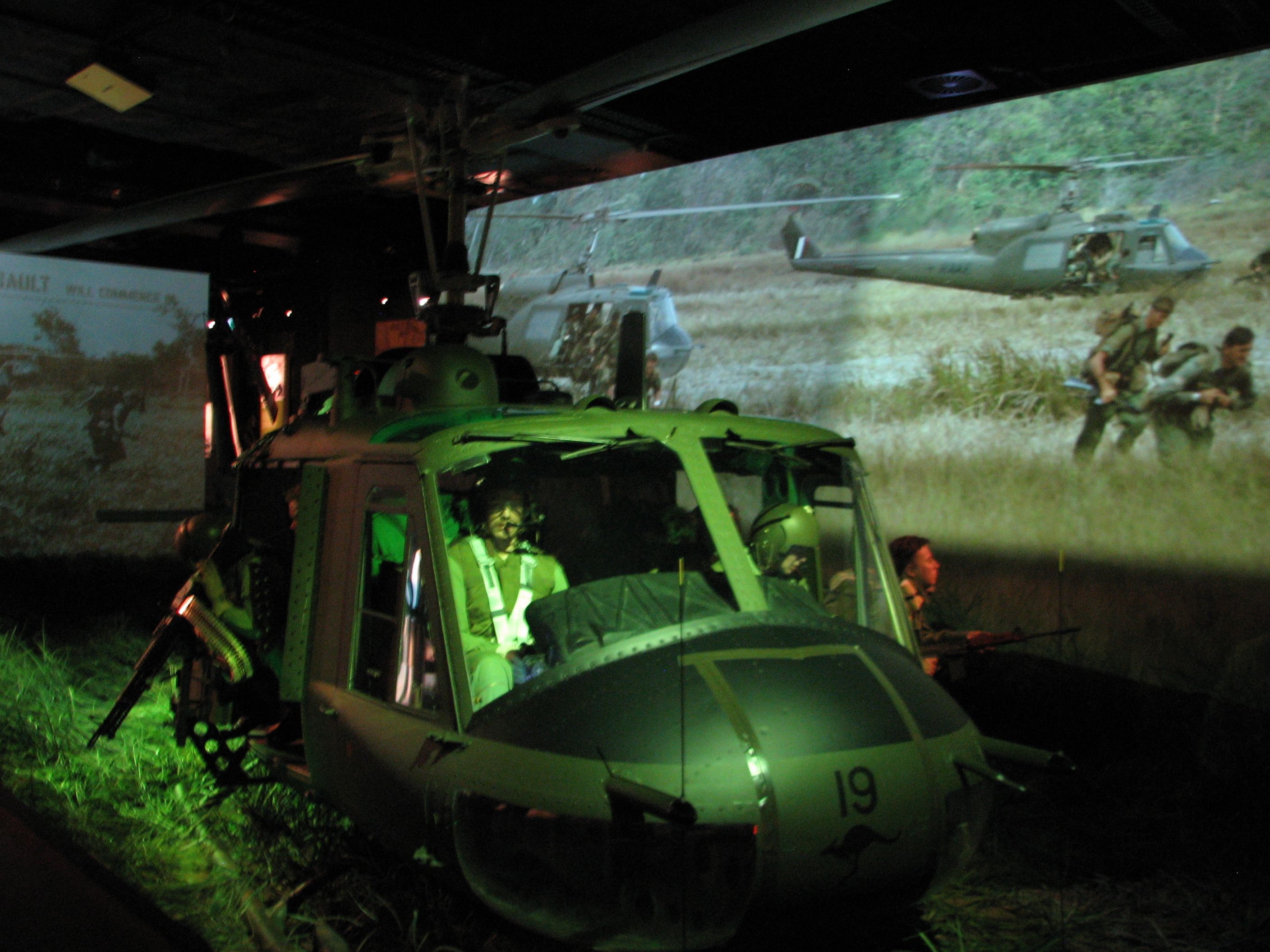 ...To the wars of the 21st century. Oddly, I don't recall seeing anything relevant to the Emu War. 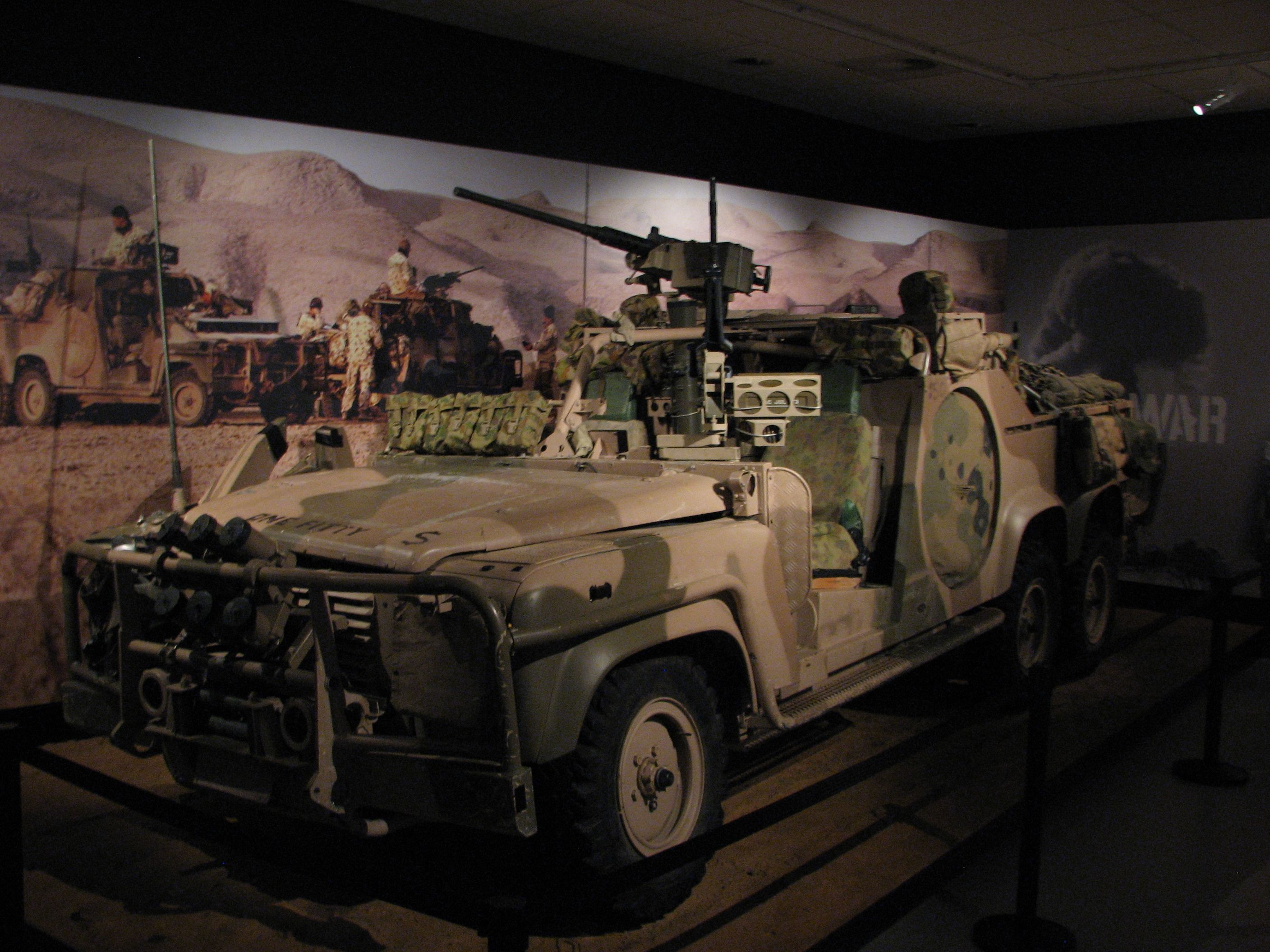 It will be interesting to see how much room the building has to expand its exhibitions over the coming decades, but at least there's still a fair bit of space around the building. That said, too much new construction will kindof kill the atmosphere that the place has.

Again, these are mainly smaller artefacts. For most of the museum, the largest thing you will see is the occasional WWII fighter hanging from the ceiling.

There are, however, two macro-exhibit halls. The Aircraft Hall, and the ANZAC Hall. The former has the aircraft, oddly enough.

The latter, well, that has aircraft as well. 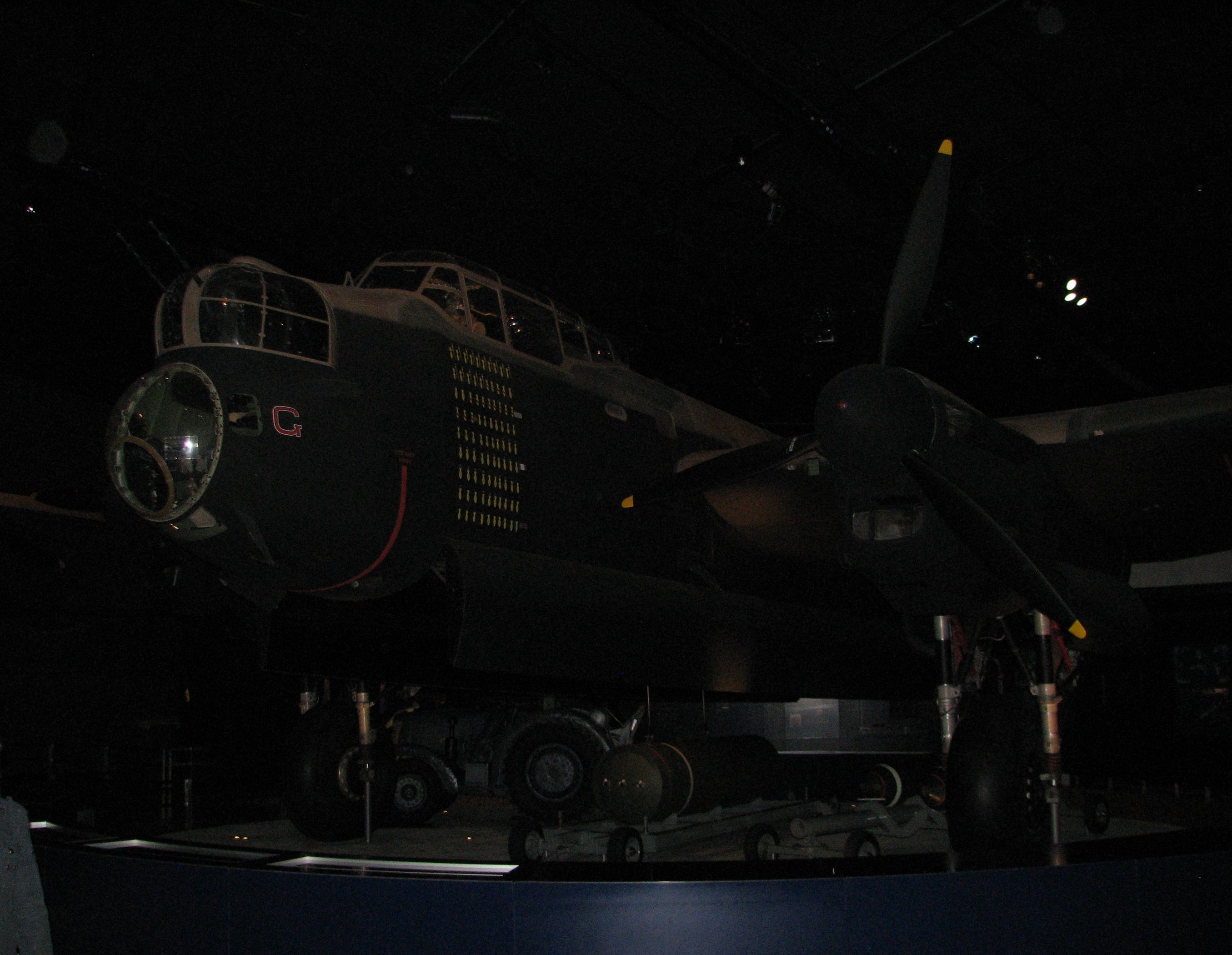 Although, for the next year or so, it also has Mephisto, the sole surviving WW1 A7V, on loan from those chancers in Brisbane who nicked the tank in the first place.

Those of you looking for the majority of the larger artefacts, such as the Thunderbolt tank (A.C. 3), are going to be disappointed. The AWM has a large storage facility, the Treloar Technology Center, a purpose-built warehouse in the North of the City. It is possible to visit the warehouse, but it's more theory than practice. It's open to the public one day a year, known as the "Big Things in Store" event. Check the AWM website for details, it's not unusually in September. And they limit it to a first-come, first served until capacity (of about 5,000) for that day. If you want to see tanks, you are better off going to Puckapunyal or Cairns, which is a bit of a shame.

Overall, the AWM is a fitting combination of memorial and teacher of the Australian military heritage, but it's not so much an artefact museum. Worth the time to visit, just know what you're expecting to see.

Bob, albeit apparently metamorphasised, has returned, and he will take you to the discussion forum.