There are few pieces of military equipment more uniquely associated with the German military of WW2 than the motorcycle sidecar.

By BMW and Zundapp, they were reliable, rugged, and omnipresent, with a driven third wheel. The Soviets basically took the design, and made their own version. The Belgians did have their own sidecar combination, the FN M12 which was pretty good, but for obvious reasons, they never really made the public eye.

The US is a country which seems to like its motorcycles. Not sure I understand the appeal of the things myself, but a company up in Wisconsin seemed to have something of a reputation for making good ones, although perhaps not in the same style as the European counterparts. Somwhere shy of 100,000 WL-type motorcycles were produced for the Allied war effort, used mainly for dispatch riding, but they lacked a feature the Germans had which the US found interesting: A shaft drive, instead of the far more traditional chain drive. Harley thus created the XA. It was only a matter of time before someone came up with the idea of sticking a sidecar onto the side, but initially these sidecars were unpowered. Then came the sidecar with a driven wheel.

Such a machine found its way a little South to the Tank-Automotive Center in Detroit in early 1943 or late 1942. The sidecar drive could be instantly thrown in or out by the driver as needed. The Army did place a number of requirements onto its motorcycles, from Army Standard Fenders and controls, to a skid plate under the crankcase, clutch housing and transmission, and, of course, the saddle bags and a scabbard for a submachine gun. 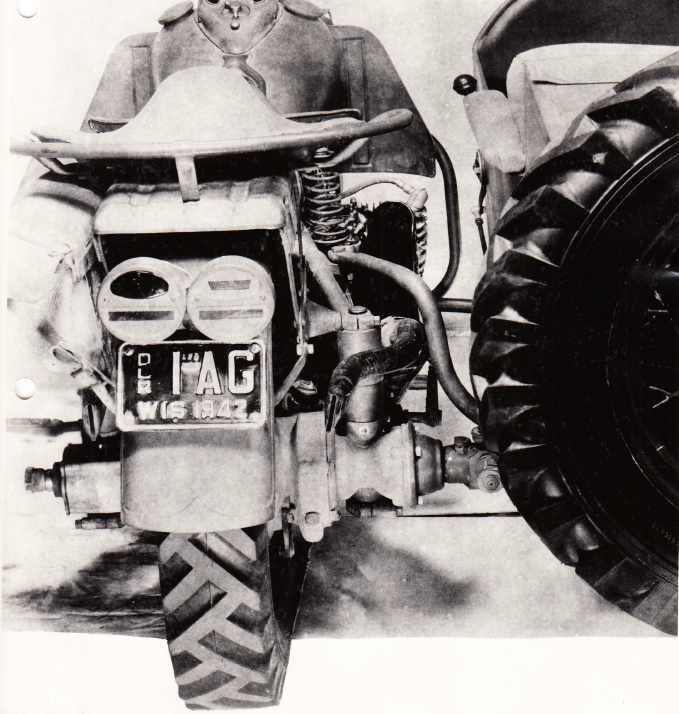 It was considered a likely candidate to be assigned to mountain or airborne units, being, as it was, a nimble, lightweight, small little thing. It was officially known as “Harley-Davidson Shaft-Drive, Two Wheel Drive, Motorcyle with Side Car. Thus, T-AC stuck a shipping label onto it, and sent it off to Camp Hale, in Pando, Colorado, site of the Mountain Training Center.

Testing was short, and the report basically boiled down to two lines.

The machine started easily at temperatures as low as -20 and operated suitably over mountain trails.

The machine had poor towing ability and, since this is a major requirement of mountain vehicles, the use of the motorcycle is not recommended.

Rejected by the Mountain troops, the combination was then forwarded on to Fort Bragg, North Carolina, for testing by Airborne Command.

They found as follows.

Cross-country mobility is satisfactory. Most all types of terrain can be negotiated without difficulty.

The 75mm pack howitzer can be towed over moderately rought country, however, the vehicle does not have sufficient traction to enable it to pull the howitzer up slight sandy inclines.

The vehicle can be loaded into a CG-4A Glider [Chieftain: More commonly known as the Waco], although the floor of the glider must be reinforced as the center of gravity of the motorcycle is over the weakest part of the floor.

The vehicle can be loaded into a C-47 airplane. This necessitated closer spacing of the loading ramps than now used and additional holes in the door sill of the airplane are needed to accommodate the ramp pins. 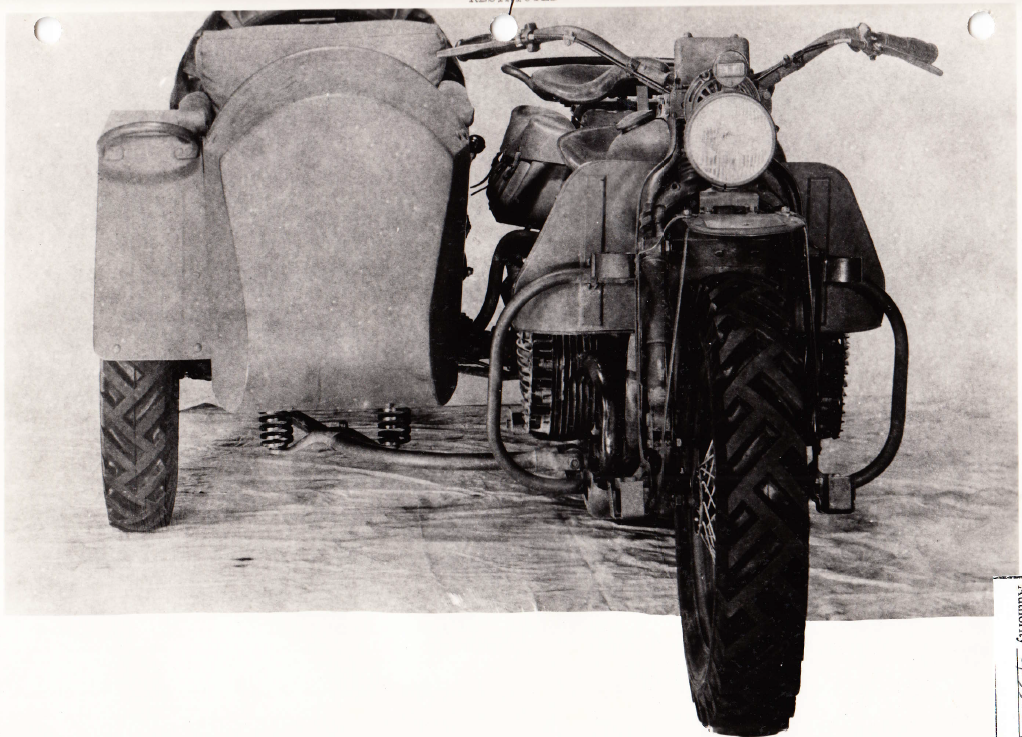 So far, so good. But there was a very significant catch: The Jeep. This was a piece of equipment that the Germans did not have access to. The bottom line question was “What could the Harley sidecar do that the Jeep could not do better?” And, other than look cool (a matter of opinion, I happen to like jeeps), the answer was basically “nothing”. If you were going to take up space in a Waco, would you rather bring a Jeep or a sidecar?

So, as the report concluded…

It is recommended that the Harley-Davidson Motorcyle with Sidecar, 2-Wheel Drive, not be adopted for Airborne Units.

Thus, having been rejected by the two organisations most likely to want it, the American 2-wheel drive sidecar combination effectively met its end, doubtless much to the annoyance of today’s collectors who would love one.