For those of you wondering about what was going through the minds of the folks in charge of deciding what equipment should be developed and fielded, I'm digging into Army Ground Force's archives. AGF was the service component responsible for training and equipping the force. We're going to dig into AGF's archives a couple of times, and we'll start with this general overview of the policies which framed AGF's process. The following is directly from AGF. 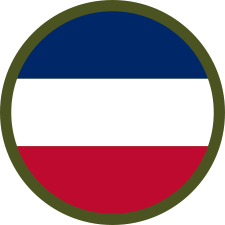 Equipment of the Army in March 1942 was, with a few minor exceptions, generally obsolescent in quality and in quantity totally insufficient. A glance at any Table of Basic Allowances even for the troops then engaged in the Battle of Bataan discloses 1903 rifles, 1897 and 1918 field artillery, 1918 helmets, 1918 haversacks and pack carriers, 1917 machine guns. The latest tanks were already antiquated by modern standards. Radar, a word known to only a few, was still under initial experiment at Hawaii when Pearl Harbor was attacked. The same held true through all categories of equipment with exception of wheeled motor vehicles.

It was patent that enormous quantities of new equipment would be needed for the rapidly expanding army. This equipment had to be the best that American industrial ingenuity could produce to enable our army to meet on equal terms the forces of Germany and Japan in global warfare.

The time available for the industrial effort required could be only surmised, but the planners knew it was not long -- certainly not more than two years if the military establishment was to be equipped concurrently with organization and training.

Reduced to its simplest terms, the problem was to determine the kinds of equipment which would be needed most and could be manufactured in the required hundreds, thousands or millions in time to be of use.

The responsibility which fell to the Developments Division, Army Ground Forces, was threefold: To determine the kinds of equipment needed by the Army Ground Forces, to select the equipment best suited to these needs, and to make certain that the equipment so adopted was the best obtainable. The determination of ground force needs was effected through its power to prepare military characteristics for such equipment. The selection of equipment was accomplished through recommendations for appropriate classification. The Division’s duty to insure the suitability and quality of equipment was exercised through control of testing by the service boards of the Army Ground Forces. Thorough testing was regarded as of primary importance, for on the suitability and workability of the selected items depended the success or failure of the Division’s mission.

Amid interests concerned with equipment in the technical services, the producers of war goods, advocates of radical changes within and outside the War Department, enthusiasts with novel designs, Army Ground Forces was the constituted representative of the ground commanders and soldiers whose lives and fighting power depended on the reliability and battle effectiveness of the equipment given them.

In the urgent crisis faced by the nation, the pressure to go ahead with extensive procurements without adequate study, tests, and evaluation was tremendous, and the position of Army Ground Forces was difficult in the extreme. In the fulfillment of its special mission to prepare military characteristics it had to exercise imagination; to best serve the combat ground soldier and his commanders, it had to temper imagination with realism and discipline. The measure of its success lies in the qualitative selection of equipment is found in the general acknowledgment that with few exceptions the equipment of the US Ground troops was unequalled both in quality and quantity, particularly in durability and reliable performance.

Army Ground Forces established two general criteria for the development and approval of new equipment. The first was genuine battle need. It was reluctant to initiate development of any equipment not considered essential to increase combat efficiency. It tended to oppose development of new equipment which, though desired by men in the field, was not absolutely essential and might prove to be simply a luxury or excess baggage. This was a clear-cut policy of General McNair, one which he often emphasized. It was eventually adopted formally as War Department policy. The second criterion was reliable performance in combat. This standard (sometimes referred to as "battleworthiness”) meant that the equipment, having been proved capable of performing the function for which it was designed, was sufficiently rugged and reliable to withstand the rigors of combat service without imposing excessive problems of maintenance. 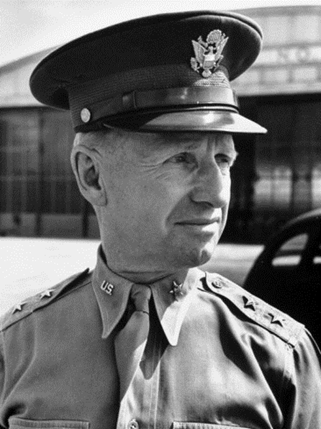 McNair. Laser-focused on getting what the troops -had- to have, and that they could absolutely rely on the equipment they received to work.

These aims--battle need and battle-worthiness--were not always realized in the same way or to the same degree. The distinction between what was essential and what was purely luxury was not easy to draw, and its application varied greatly even among officers in the Development Division. In the same manner there were differing theories as to what agency should determine the suitability of equipment. Some favored leaving to theater commanders the decision as to whether equipment was required and its suitability for combat use; others believed that such decisions could and should be the sole responsibility of Army Ground Forces. The latter took the position that the theater commanders might be too strongly influenced by the limiting local conditions of their own tactical situation to exercise the proper overall judgement. They also believed that theater recommendations were colored by the combat soldiers' natural attachment to reliable equipment with which they were familiar.

The War Department favored a policy of including new items of equipinent in Tables of Organization and Equipment only after concurrence had been obtained of the theater commanders. General McNair, while Commanding General; Army Ground Forces, shared this view at least with respect to major items of equipment. Always economical of both men and equipment, he was loath to make changes in tables and to add new equipment unless commanders in the field expressed a desire for the new item.

One principle the Division consistently emphasized throughout the war: It insisted that no new equipment be issued to the theaters for combat use or test until it had been thoroughly tested in the Zone of Interior and found suitable for combat use (battleworthy). Even if submitted to the theaters for final determination of acceptability or need, it must first have been service tested in this country, where it was subjected to conditions as closely approximating combat as possible, and found suitable for combat employment. The Developments Division was unwilling that the ground soldier be exposed to the unnecessary hazard of using unproved equipment, however promising it might look. This, too, later became a formal policy of the War Department. 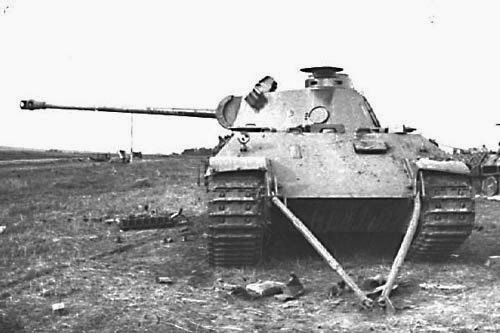 A piece of equipment which looked promising, but was given to troops before the bugs had been worked out. Panther at Kursk.

Although opposed, for reasons of economy, to large-scale procurement until Service tests had indicated potential suitability, the Developments Division frequently, in the earlier stages of the war, approved, and even urged such procurement before service tests because of the urgent need and the time lag incident to mass production. Throughout 1942 and 1943 examples of this policy were apparent. The course was followed with respect to the 76mm Gun Motor Carriage M18, the Cargo Carrier M29C, the 3” Gun Motor carriage M10, and others. Service tests were conducted concurrently with production, and as far as possible necessary modifications were incorporated into the assembly line. In this way the time for service tests was telescoped into the time required for production. But in none of these cases is there any indication that Army Ground Forces approved an item for combat use until satisfied that the equipment was suitable for such employment.

As the war progressed, and the need for new items of equipment grew less urgent, Army Ground Forces became more insistent upon proof by service tests before large-scale procurements were undertaken. If suitable equipment was already in the hands of troops, its reluctance to undertake additional programs for improved items increased. Such was the case of the T26 tank. [Chieftain:- I have already covered Ordnance Branch’s view of the T26's development in past articles, we’ll go over AGF’s side of the story in a future article]

The criterion of battleworthiness was a minimum requirement. Army Ground Forces, when necessary to satisfy urgent demands, approved procurement and issue of equipment which it recognized as relatively inferior if the item was usable and was all that was available. Army Ground Forces approved shipment until the item desired could be developed and. procured. This was simply making the most of what was to be had. The 75mm Howitzer Motor Carriage T30 and the 75mm Gun Motor Carriage M3 are examples of this kind of expedient. Both were used only until the preferred 76mm Gun Motor carriage M18 could be developed and procured.

The degree of testing required by Army Ground Forces to prove combat suitability was not fixed or arbitrary. Again, the general principle of thorough testing was tempered by the pertinent facts in each situation. In many cases the probable suitability of an item could be determined without a formal test, and all that was required was a check test to insure that nothing had been overlooked. Such a test might, for example, be directed when only minor modifications had been introduced. Or a test might be made solely to determine whether a possible requirement for the equipment existed. Such tests were applied to suggestions and inventions submitted to the War Department by soldiers or civilians. These tests were actually equipment studies to determine possible need and determine the justification for a formal development project. Definite conclusions based on tests were substituted as far as was possible, for arbitrary decisions based only on personal judgment.

The AGF test policy and the War Department policy of adopting major items of equipment only on recommendation of theater commanders were integrated through the medium of limited procurement articles. After Army Ground Forces had tested a new item of equipment, a number of production models would normally be procured as limited-procurement types. While still not declared standard, they were suitable for extended field service tests. These models could be issued to the theaters for study, tests and combat use. On the decision of the theater commanders would depend the final adoption of the equipment and its possible inclusion in Tables of Organization and Equipment.

And thus ends the lesson. We'll be back to AGF's positions in a week or two.