I have occasionally lamented the difficulties that future historians will have in researching the actions and decisions made in today's wars. Millions of emails are now communicated, on all sorts of topics, be it "Hey, I'll meet you at the Pizza Hut trailer at 13:00" through "HVT #3 is in the open, we should strike with Team Alpha." Searching for any particular topic is going to take forever.

Worse, conversations made on other media, such as the telephone or video conference are just as likely to have been lost for lack of recording. Fortunately for those of us who like digging into things back more than a couple of decades ago, correspondence would be recorded and filed. And, if you were of sufficiently lofty status, you could even have a stenographer taking a record of a telephone call.

Such a record can be found in the Archives. General Barnes, head of Research and Development for Ordnance Branch picked up the 'phone on 5 August 1942, and had a chat with General J. L. Devers, the head of Armored Force over in Fort Knox. 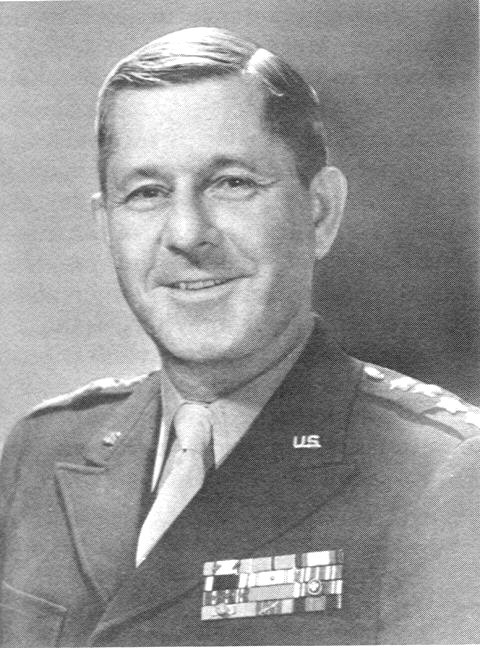 The development of more powerful tanks seems to have been something of an important point as far as Ordnance are concerned, as there seems to be a fair bit in the record devoted to the 76mm and 90mm vehicles. I'll be returning to these from time to time. In the meantime, the following is an indicator of the desire of both Armored Force and Ordnance for a more powerful tank cannon. Please bear in mind what these gentlemen knew at the time: 75mm guns were doing quite well, and the first Tiger had not yet been encountered.

GEN. BARNES: The new 76 mm. gun. The objective that we're after is to be able to give you, in the same space, a gun of 2600 ft .s. muzzle velocity, same power, exterior ballistics as the 3" high power gun. We use the 3" bore for the gun in order to use the 3" projectile which is under manufacture. We have to assemble a new cartridge case in it in order to get the power, so we call the gun a 76 mm so it won't be contused with the 75 or 3". Now, that gun will penetrate 3" of armor at 3,000 yds. and give you all the fire power we feel you'll probably need. And we can put it in the M4 tank without a single change in the tank except in your ammunition racks. While we're making the guns we can, of course, change the face plate on the tank and push the gun about 6" further out into the atmosphere and make a better arrangement inside the turret, because with this long gun we have to add some weight to the gun guard (recoil guard) in order to bring it into balance for the gun stabilizer. Of course we are all crazy about the thing down here because it puts you so far ahead of everybody else in fire power, and so what we want to do is to go ahead with the initial order of 1,000 guns, of which we will be able to get two or three hundred of in a month and a half and as a starter, while you people are making up your mind how many in the long run you'll want of these, and how many of the short guns.

GEN DEVERS: How much longer is this than the 75? It isn't as long as the present 3" is it?

D: In other words, this is 2" longer than that.

D: I think that's fine. The only thing that worries me a little bit now is that this isn't going to throw us off on our present set-up so we can get to fighting. I'm anxious to get M-4 tanks with anything in them so we can go to fighting.

B: It won't have any effect on that at all. We'll keep it off to one side. We won't allow it to interfere in any way either with this program or with the 3" guns on the self-propelled mounts. What it'll do is to put you out several years ahead of anybody else on fire power

D: That's what we're after and it's along the proper lines. It won't complicate the ammunition supply now, will it?

B: Well, to this extent: You're going to have to have a round of ammunition called a 76 mm. as far as you're concerned. And that's different from the 75 or the 3".

D: What does this projectile weigh?

D: The only difference is the cartridge case?

D: There's not much difference, is there?

B: No. I would have considered using the 75, but we'd have to redesign the projectile because the rotating band wouldn't take that velocity. So we had to go to 3" in order to give you that velocity, and of course we have a nice stock of 3" on hand and are making them all the time.

D: Well, how many rounds are we going to be able to carry in a tank? Will it complicate that?

B: Well, it will reduce the number that you can carry, I don't know how much, because we haven't had time to study that out yet. Now, I thought either you, or you'd want to send someone up to Aberdeen to see the job. In order to save time we want to go ahead, with your permission, on 1,000 because of course we can stop that at any time. But time is of the essence here, as you know as well as I do, so I think we ought to start it and then work out the details later.

D: Well, all right then. This won't slow up anything we're doing?

D: It's advance. It's looking six to eight months ahead.

D: Well, I see no reason you shouldn't do it. I'll send someone up to Aberdeen right away.

B: All right, thanks very much

And so the M4 76mm project continued, with the US Army trying to maintain a notable fire superiority gap over everyone else who was using, as far as they knew, 6pr (Britain), 75mm/43 (Germany) 47mm (Italy) or 76mm/42 (USSR) on their tanks.

We shall return to this in the future, but if you want to refresh your memory, subsequent events can be found here.

For forum discussion, Bob will take you to the thread.