Apparently not having much else to do with their time, the British Army decided to cut one of its tanks in two. They chose a Centurion. Excellent idea, as it means that we can see the interior of the turret rather well. 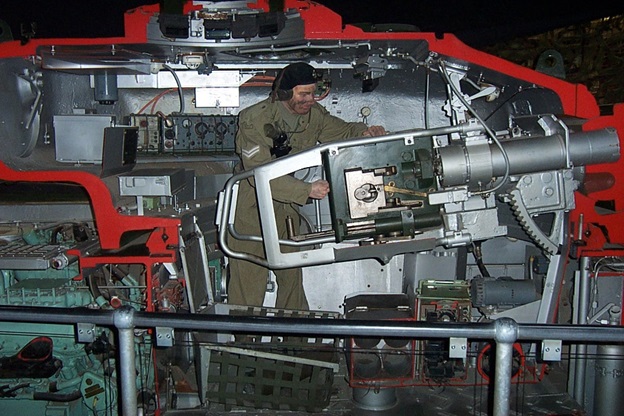 As you can see, it’s a fairly tall tank, with plenty of room for the loader to stand. Quite comfortable, one may even say. What is more important for our purposes, however, is the question of how high the turret roof interior is compared to the trunnions (The pivot point of the gun). As the front of the gun goes down, you can see that there’s a fair amount of room for the breech end to go up. The other factor is how far back from the trunnions the breech block goes during the recoil process: A long recoil stroke combined with a long length of gun behind the trunnions means that depression becomes more limited as you need more room for the gun to move back before it hits the turret roof. Higher-powered guns in lighter vehicles usually results in a longer recoil stroke to spread out the recoil over time.

Centurion, being a tank with a fairly high turret, has a maximum depression of the gun of 10 degrees. Compare with T-54, however, and you will see that the distance from the gun to the turret roof of T-54 is much shorter than the equivalent distance in Centurion. It is an uncomortable tank. The result of this is that T-54 will only depress to 4 degrees (5 in the game)

Incidentally, it is for a similar reason that the hugely uncomfortable Jgdpz38(t) has such a limited ability to traverse to the left: With the gun already being mounted on the right side of the hull, attempting to aim the gun to the left would very quickly result in the breech recoil guard impacting the right wall of the hull.

Here's how this works on a practical level.  Here are vehicles, side by side. T-54 on the left, Dicker Max on the right.

As you can see, the T-54 is the smaller vehicle. Being smaller, it is harder to hit in open country: If you have to attack, it's the vehicle you would want to be in.

However, things become more interesting when the vehicles are on undulating terrain. Imagine, for example, an enemy is detected on the far side of a hill. The Dicker Max moves up until the gun tube is cleared. 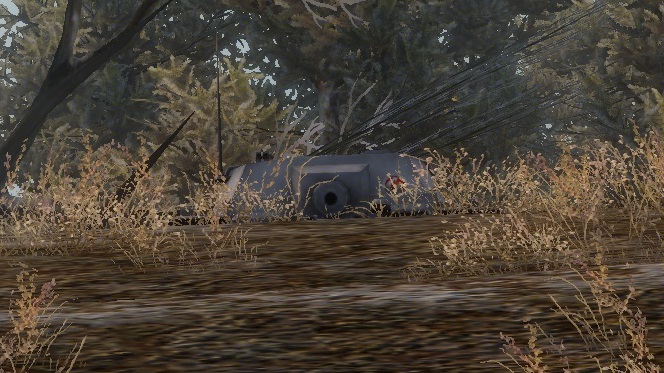 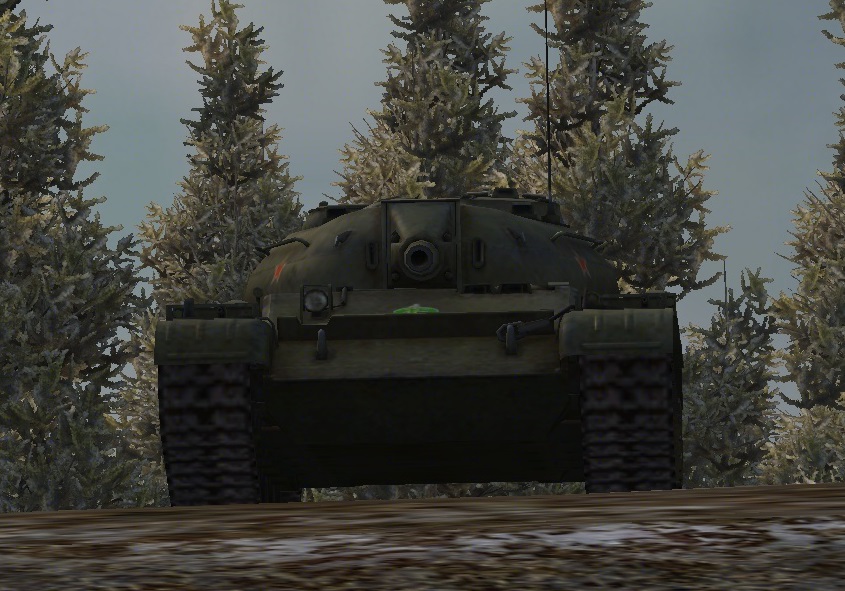 As you can see, T-54 is a much bigger target, the entire vehicle is exposed. Here's what's happening from the side. The area between the two yellow lines is the visible target form.

As the T-54 can only depress 5 degrees, it had to roll -over- the crest of the hill which had a greater than 5 degree downslope on the far side. Not only did it have to expose the entire vehicle, it also had to be exposed for far longer before it could take the shot. The Dicker Max, on the other hand, can depress 15 degrees, and so as soon as the gun tube is above the crestline, the TD can shoot, using the terrain for cover.
This demonstrates the value of one of the most important 'hidden' stats in the game. (It's not truly hidden, a forum search should give the information)

Тo discuss on the forum click this linky thing