Reports of M4 mediums immolating themselves and their crews began to filter back to the US shortly after the tank’s introduction into service. Certainly the tank developed something of a reputation for being a tad easy to brew up, both with the allies and their opposition, names such as Ronson and Tommycooker being thrown around. As an aside, it seems that a player on the forum did a little digging, and could not find any example of Ronson using the slogan “Lights first time, every time” any time before or during WWII. There’s a challenge for you guys, to see if you can validate the legend. [Update. Someone came close, see forum thread]

A conference was held at the Tank-Automotive Center in Detroit on the 7th of January, 1943. Armored Force and Ordnance both, obviously enough, were represented.  A letter by Colonel Borden of Ordnance Department dated 12 January relayed the results.

“It was agreed that it would be most desirable to further investigate the incendiary effect of firing against the Medium Tank M4 to establish, if possible, whether the initiation of fire in the tank is started from the ignition of gas, gas fumes, or oil, or whether the initiation of fire is started from the ignition of ammunition in the tanks. It is, therefore, requested that the Commanding General, Armored Force, be authorised to expend two Medium Tanks M4 and the necessary quantities of ammunition to establish this.

It is expected that one tank should be equipped with full complement of ammunition, and should be cleaned completely to eliminate all gas, oil and fumes therefrom. Firings should then be conducted to establish the relative facility with which fires are started as a result of ammunition being penetrated by hot shell fragments.

The second tank should be prepared with all ammunition removed, but otherwise in operating condition with gas and oil. It should then be operated to permit a normal condition to develop of seepage of oil and gas, and an accumulation of fumes in the tank following which it should be fired upon to establish the relative ease with which fires are started by ignition of gas or oil from the explosion of shells or the penetration of the tank by projectiles or fragments thereof” 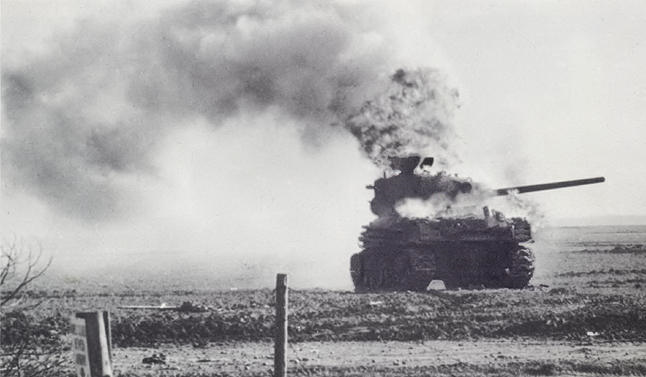 The last paragraph may require some explanation for the uninitiated. I have never seen an operating tank which did not have pooled fluids in the subturret floor. Usually hydraulic fluid, but it could be anything. The tank’s not supposed to leak, of course, but it does. That’s part of the reason they invented drain plugs!

Aberdeen received its marching orders in a letter dated 26th January. “It is requested that such investigations be pursued expeditiously and with the greatest freedom on the part of the Proving Ground to enable required information to be obtained”. It may be worth noting that in all the various letters and documents, I cannot recall ever reading a line such as that elsewhere. This was obviously considered to be a matter of some importance.

These would not be the first tests to be carried out on the subject by Aberdeen. They had tried, to a lesser extent, similar experiments with the M3A1 medium. It concluded that any ammunition can be ignited: from .30cal belt and .45ACP drums through 37mm and 75mm. The latter two being considered ‘serious’. It was also concluded that oily waste can be ignited directly by hot fragments from the AT grenade (being used for the test) and, in some cases, even without contact by the fragments.

Unfortunately, the results of Aberdeen’s test on the M4 were not in the file. But there was, however, a report from Ordnance of their observations of Armored Force testing on the same subject in Fort Knox, which they stated generally matched with Aberdeen’s results.

They beat up the M4. First of all, the ‘stowed’ tank took three rounds of 37mm M51. The first round had fragments penetrate cartridge cases, and two rounds burned to an indicated temperature of 700F. Once the fire was put out, they restowed, and tried again. The second round caused no fire, the third didn’t sufficiently penetrate.

Then they fired a 75mm M61APC shot at the center of the turret. “Several rounds burned”

Next came a 75mm M48 Delay-fuze HE. An impact on the turret and two on the sponson were ineffective. Shooting two rounds at the area between track and sponson, however, broke the track, and split a weld between the floor and hull side plate. The ammunition stowed adjacent to the points of impact did not function.

A 105mm M1 round similarly struck the sponson to do no damage.

Next came three rounds of 75mm M61 Shell, with HE. The first round penetrated just next to the HE rounds, detonated about 4’ inside the tank, and failed to start a fire. The second round also penetrated, to no fire. The third one, however, started a fire indicated at 1,200F. Still, the HE rounds inside did not see their warheads detonate.

That was pretty much the end of that tank. Then they shot at one with the engine running.

First to impact, three rounds 37mm M51. All complete penetrations, no fire. Then two rounds 75mm M61. The first penetrated the turret, the second the sponson. This latter started a fire.

Finally, a 75mm M48 on Delay. It functioned on the sponson next to the gas tank, sprung a leak at the drain hole, and was estimated that a subsequent round would have started a fire.

The report stated:  “This concluded the actual test in connection with fires, it being agreed by all present that fires within the turret are started by hot fragments penetrating the cartridge cases” It also stated "Fires [of this type] will generate flash temperatures above 700 degrees and occur so quickly that no escape or preventative action is possible" 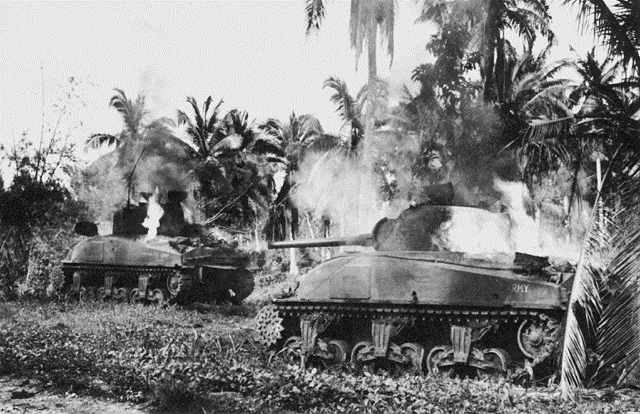 Reconfiguration of ammunition stowage to horizontal (“Similar to that in the Russian tanks”) and a sleeve to cover the cartridge was recommended. This was so because vertical stowage was considered to increase the possibility of fires.

Well, it turned out that they would use a different form of protection instead of the sleeve, the selection of which was the subject of a different set of tests.

In the meantime, since they had already written off the two hulls, they decided that they may as well put them to use by further testing of ammunition.

Six rounds of M67 HEAT 105mm fired at the front of the first tank gave three complete penetrations, two partial penetrations, and one low-order detonation. One of the partial penetrations cracked the front slope between the two drrivers' positions for about two feet. The other patrial penetration was at the very top of the turret, so wasn't considered a viable sample. However, the report stated "3 CPs out of 5 is considered unsatisfactory", and "that Proving Ground Tests of the M67 be studied to determine whether current production ammunition of this type is satisfactory"

A 75mm M61 APC shot penetrated adjectent to an M67 impact, it was concluded that the weakened plate caused by M67 allowed the penetration.

A 105mm HE (M1) round firted against the turret, no visible effect. (If the tank was stowed with optics etc is not specificed)

Given that the M61 Shot and M61 Shell seemed to give comparable results, they also recommended investigation as to the relative merits of the HE filler.

Bob, to the plate.

For those of you who don't know, I've a Facebook page here , and once in a blue moon, I stream at http://www.twitch.tv/the_chieftain, though maybe more this month due to the hunt-the-staff event going on.