On rare occasions, you will hear talk of some mythical, low-tier monster that shoots flames out of both nostrils, melting all before it. That’s the MTLS-1G14. Not a common vehicle in World of Tanks. 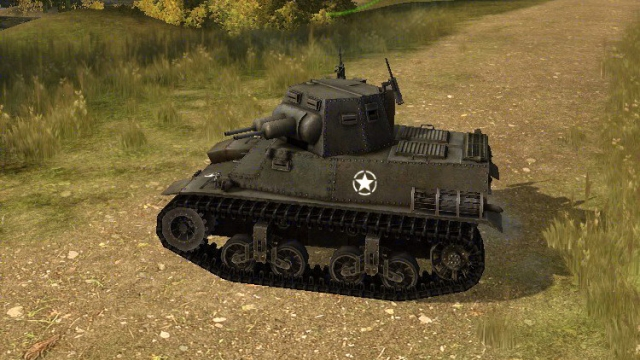 Manufactured by Marmon Herrington for the Dutch military for colonial service, its contract was taken over and a vehicle was sent to Aberdeen, “To determine the suitability of the 4-Man Dutch Tank for military use by the Armed Forces of the United States by subjecting the vehicle to certain features of the standard test program. Since the Services of Supply had taken over a contract from the Netherlands Purchasing Commission for 4-Man Dutch Tanks, they were desirous to learn what branch of service could use them.”

Maybe they should have asked first.

Here’s the official description of the vehicle:

“The 4-Man Dutch Tank, Model MTLS-1G14 built by the Marmon-Herrington Co, is a 42,000 pound, full track laying vehicle powered by a six cylinder, liquid-cooled, 240 horsepower engine manufactured by the Hercules Motor Corporation. The vehicle is a front drive employing a five-speed transmission with a Marmon-Herrington controlled differential drive with dual controls. The Marmon-Herrington all steel, 18 inch track uses outside guides intergrally cast in the track blocks and the suspension is a vertical volute spring type employing rubber-tired bogie wheels. The hull is made of flat plates, bolted together, varying from 1-1/2” thick on the front to 1/2" thick on the top. The turret has a 360 degree traverse and it mounts two 37 mm/44 cal. Automatic guns, one swivel mounted cal. .30 machine gun, and one cal. .30 anti-aircraft machine gun mounted on the outside of the turret. The auxiliary armament consists of three cal. .30 machine guns placed in the bow of the vehicle. Two of the guns are in fixed mounts, while the third is flexibly mounted.” 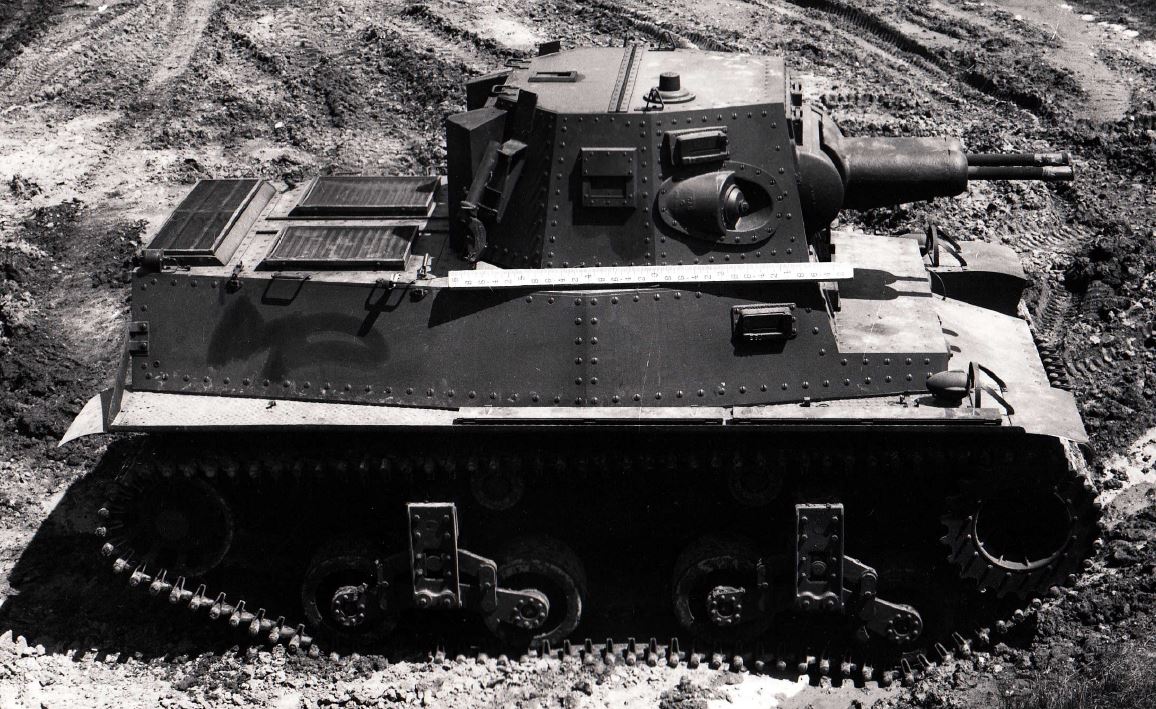 Soon, a tank showed up in Aberdeen with 2,400 miles on the clock. After a brief mechanical inspection, it was sent out for testing on hard surface roads. After 20miles, the differential oil pressure had dropped to zero, and the oil was boiling. Upon inspection, it was found that both brake drums were cracked, the internal pinions were rough, bearings worn, and brake bands burned. The differential oil pump was disassembled and found to be worn out. Instead of trying to repair the vehicle, Aberdeen just requested a new tank.

The next one showed up around April 1943, and was driven 176 miles before the left rear idler wheel fell off. It was bolted back on with new bolts, and got to mile 337 before the steering and brakes stopped working. The brake drums were cracked and the brake bands totally worn out. Aberdeen’s conclusion was that the engineers had basically taken a design from the lighter CTMS-1TBI, and it just wasn’t up to the task. Track pins needed to be routinely replaced, as the retaining rivets kept failing. The solution proposed was identical to the solution used in the T-34: Flip the tracks around so that the head was on the inside, and install wedges on the hull side to knock pins back into the track. The test was stopped before this could be implemented, though. 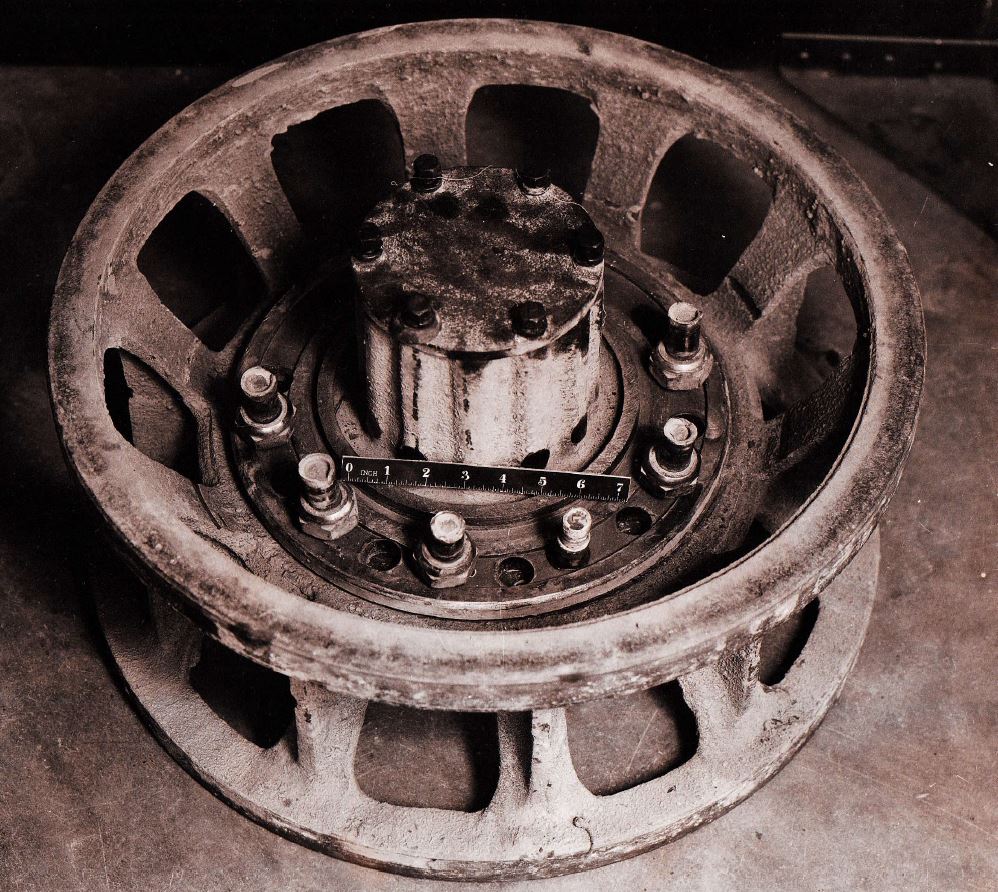 This was probably a relief to the driver. To get the vehicle to turn at its minimum diameter of 46’3”, they would have had to pull back on the short steering lever with a force of 100 lbs. Aberdeen fashioned some extensions, this dropped the requirement to a mere 60 lbs. However, the vehicle was still considered tiring to drive because of the cramped quarters, small vision ports, and short gear shift lever.

When tested on the sand course, the vehicle was “exceptionally slow and sluggish.” The engine just wasn’t powerful enough. The M3A1 light tank had about the same horsepower, while being seven tons lighter. The MTLS could conduct a steady turn only in 1st gear, and it couldn’t go any faster in a straight line than 10mph in 3rd gear. 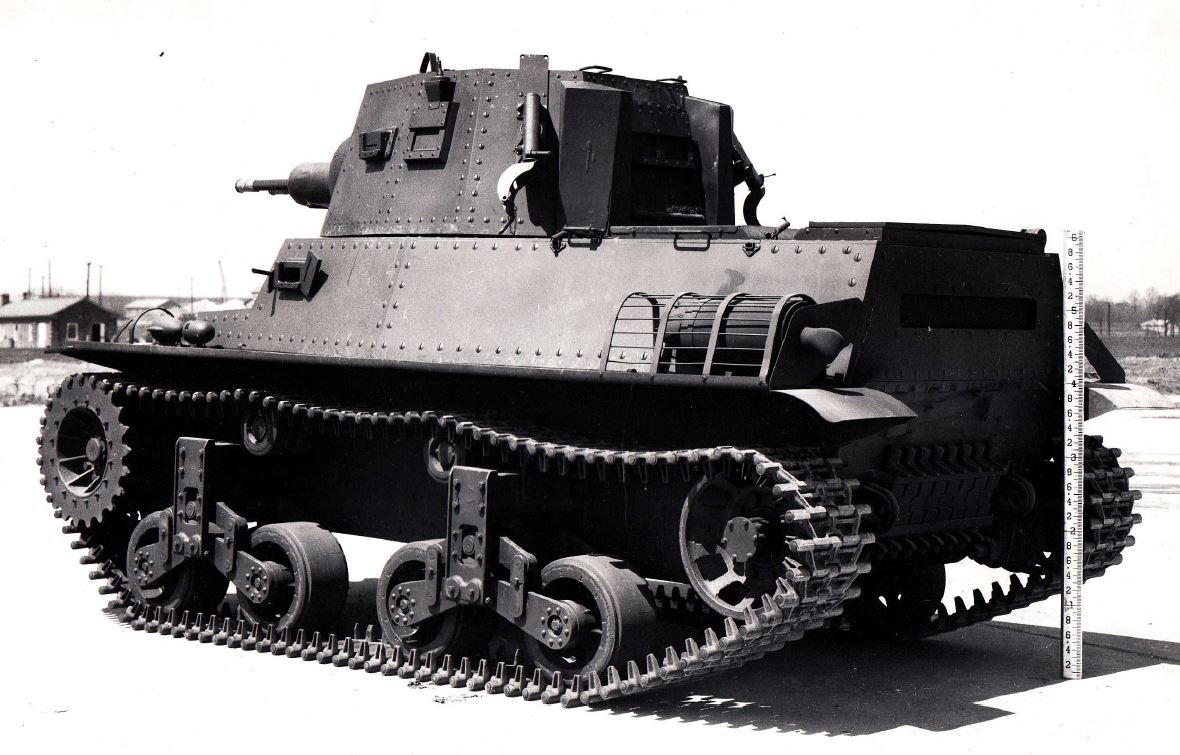 There were some good points: It could negotiate a 24” wall forwards or backwards, and could ford 48” of water with no leaks. Yay.

Of course, those are mere technicalities. What’s important is the firepower!

“The armament on this vehicle is unsatisfactory from a standpoint of accuracy, maintenance and interchangeability. The major weapons are two 37mm/44 cal. Guns mounted coaxially in the turret and manufactured by the American Armament Corporation. They are semi-automatic weapons which fire five rounds from a circular clip, and these guns will not accommodate the standard 37mm ammunition which would create a complex supply problem. When conducting firing tests on these guns, it was found that the rammers of both guns were so badly worn out that they would not load and fire automatically. One gun could be fired when manually loaded, but the other one could not because the spring in the ejector mechanism was missing. The guns are not provided with stabilisers and the unstable firing platform would render their fire highly inaccurate during vehicle operation, also due to their complex structure, they require a kit of special tools for maintenance. The minor armament consists of five cal .30 Colt air cooled machine guns which are not interchangeable with the cal. .30 M1919A4 machine gun used on standard combat vehicles. Three of these guns are located in the bow of the vehicle while the other two are in the turret. Even though, when proof-fired, the cal. .30 Colt functioned satisfactorily, its effectiveness in battle would be greatly impaired by the small amount of flexibility of the gun mount and the inadequate size of the vision ports.”

That was the theory. In practice, “It was impossible to install a machine gun in any of the machine gun mountings,  either because the trunnion holes of the guns would not match with the holes of the mountings, or the openings for the gun barrel shields were too small. The left 37mm gun could not be fired; it appeared that the rear trip spring was not functioning. Because of this it was necessary to release the sear by inserting a screw driver through the side of the cradle. After much adjusting, the right gun was put in a satisfactory condition for firing”. The turret had power traverse, manual elevation. 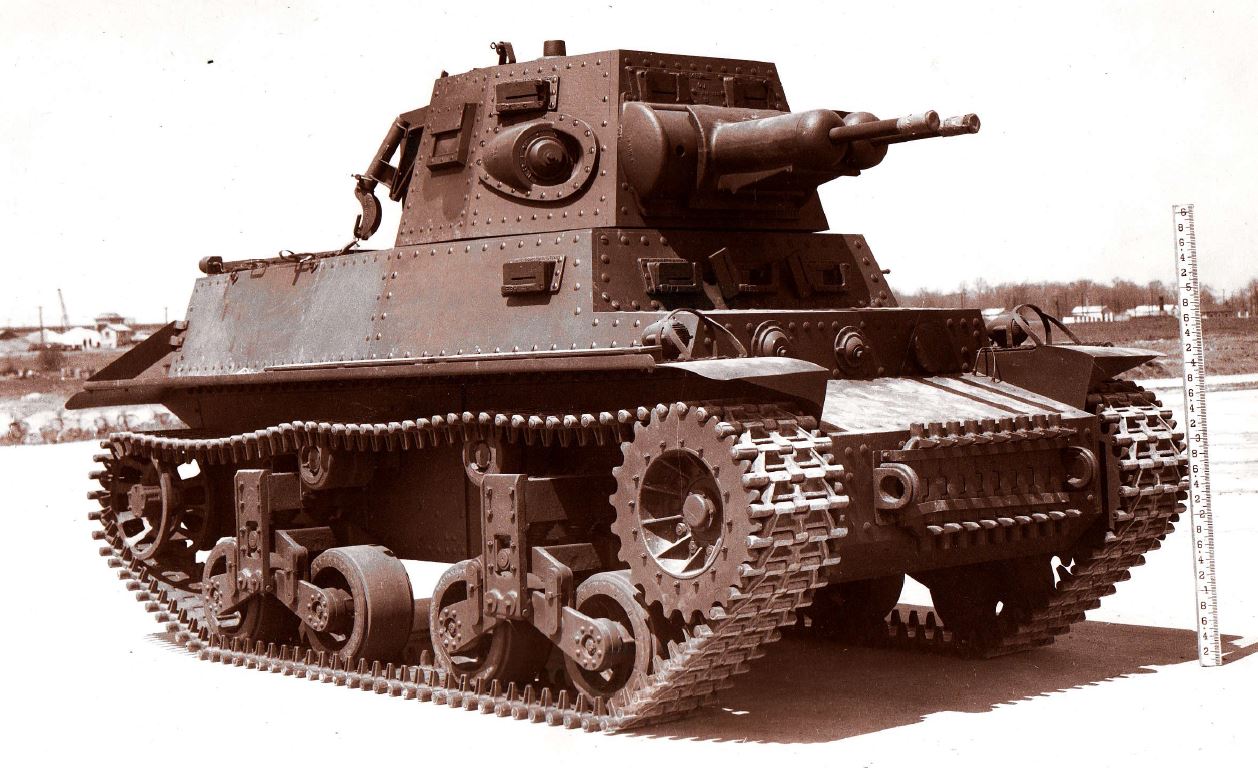 By November 2, 1943, Aberdeen decided they had better things to do with their time than to continue mucking about with this vehicle, and both firing and automotive tests were stopped. They did take the time to note, however, that “The hull is ballistically unsatisfactory, since it employs flat, bolted plates that are practically vertical."

“The vehicle is thoroughly unreliable, mechanically and structurally unsound, underpowered and equipped with unsatisfactory armament. The 4-Man Dutch Tank Model MTLS-1G14 is not a satisfactory combat vehicle for any branch of the Armed Forces.”

I think it’s the most scathing conclusion I’ve ever seen come from Aberdeen.

Click frinendly button Bob for a shining beacon towards the forum thread.

For those of you who don't know, I've a Facebook page here, and once in a blue moon, I stream at twitch.tv/the_chieftain.