Unless you’ve been living under a rock in the Silesian Confederation, you will have seen a few trailers for the upcoming tank movie, Fury. It is probably not going to spoil the movie to note that Fury and its friends meet a Tiger.

Well, since so much history is learned by today’s mass media, let’s have a look at the backgrounds to the tanks, and how the two match up against each other. Remember, the whole basis is “OhmyGodaTigervsmytincanpeashooterSherman”. There are two things to look at: 1) Is this true, and 2) Even if 1 is not, then was there at least a perception of it at the time which would affect people’s actions?

Let’s start off with Tiger. For a bit more detail, look for my “Hello Kitty” article, but the bottom line was that Tiger was not meant particularly to be a tank hunter. It was a breakthrough tank, the need for which was identified before the onset of the war. Something which would be at the pointy end of the spear, the puny defending weapons bouncing off its thick hide as it laid waste to all before it, punching a hole which the rest of the unit could then exploit. This led to the minimum frontal armour requirement of 100mm, and side armour of 60mm, all but unheard of at the time (KV-1 was the unpleasant surprise).  It was concluded, with some justification for the time, that the thickness of armour precluded any need to significantly slope it and thus reduce internal volume. That said, it was expected that the defenses could include tanks, and particular note was made of the French Char B. As a result, the initial concept of mounting a low-velocity 10.5cm cannon was replaced with an armor-defeating high-velocity cannon, originally to be a 7.5cm but later the famous “88”. Production ran through until August 1944 when it was replaced by its successor, the Tiger II. As a result, by the time of Fury in April 1945, Tiger Is would have been a bit scarce on the ground, but not entirely unheard of. 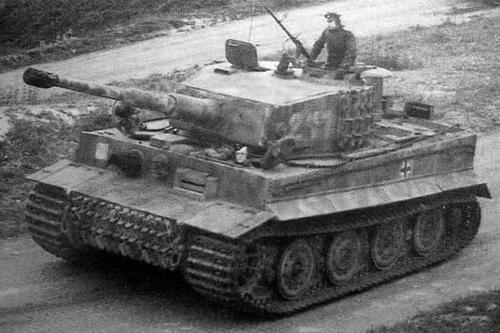 On the other hand, the American M4 was designed for a different role, as a tank which would partake both in the main line of battle and also in exploitation operations. The Armored Force manual of 1942 stated that the two roles of the medium tank in the offense were “to assist the attack of the light tank units, chiefly by neutralizing or destroying the hostile anti-tank weapons” and “Protect the light tanks against the attack of hostile tanks.”   Defensive roles are listed in the manual as a little more varied, but mainly focus around counter-attacks, with a secondary role in anti-armour defense, either assisting, or taking the place of the tank destroyers. 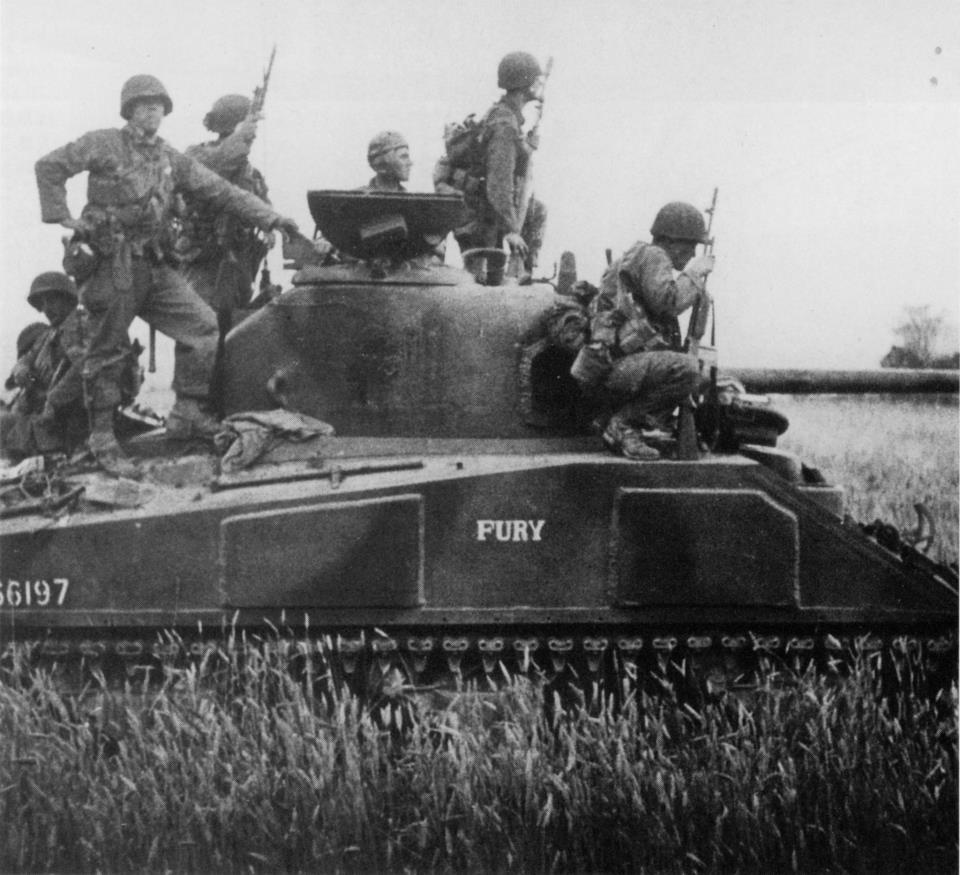 To achieve this, the M4 was a bit of a compromise made as a nod to producability and logistics. The vehicle had to be large enough to accommodate the wide variety of engines which were going to be used to power them, whilst also being able to be lifted by ship crane onto the transports which would take them overseas. Also, since time was a bit of a concern, the well-proven weapon, power train and suspension of the previous M3 Medium would be used to eliminate need for getting rid of teething troubles and time for re-tooling the production lines.

Despite these restrictions, what appeared in early 1942 was arguably the best tank in the world at the time. The 2” of armour at the front was sloped so much that it was effectively 90mm thick, not much less than that of Tiger, while having a tank which was far faster, strategically/operationally mobile, more reliable and with a gun which was serviceable against all known enemies. Little wonder the British loved it as much as they did when they took them into battle later that year.

The problem, as the American tankers discovered the following year, was that although both their tank and Tiger may have had comparable armor levels, they certainly didn’t have comparable systems for getting through the other guy’s armor. Nominally, though the 8.8 could punch through M4 at significant range, the American 75mm needed to get up close and personal with the side of Tiger to knock it out. (Nominally, and in practice, however, were two different things. 75mm guns did knock out Tigers from the front, even at moderate ranges, but it usually took a number of hits to do it and it certainly wasn’t a fair balance of power). What was worse, the ammunition of the Shermans had a very annoying tendency to catch fire, especially given that German philosophy was to shoot at a tank until it burned or changed shape, making the tank impossible to repair. The saving grace was that as egresses go, burning Shermans were much easier to get out of, and the ammunition was a bit slower than many types to turn into a conflagration. 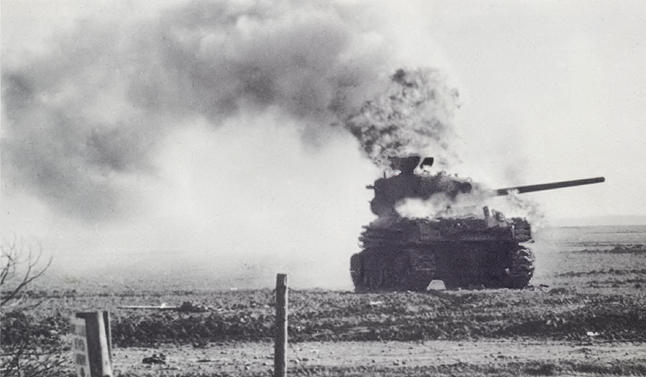 This is the source of both the “Tiger Panic” and the reputation that Shermans were dangerous tin coffins. What was even worse was that the later model Pz IVs with their long-barrelled muzzle-brake-equipped guns and generally square and blocky shape also looked a whole heck of a lot like a Tiger to an American crewman looking through his optics and unwilling to spend a significant amount of time determining the fine details of armoured vehicle identification when said vehicle was turning its turret towards him. That the spotted tank was about as capable of killing the crewman’s friends as a Tiger was also something of a lost distinction and doubtless many ‘kills’ of M4s (and other allied tanks) attributed to Tigers were, in fact, caused by humble, mis-identified Panzer IVs. But Tiger’s reputation got the benefit of PzIV’s effectiveness. Postwar media, to include the otherwise awesome Kelly’s Heroes, merely perpetuated this effectiveness without actually resorting to historical verification. 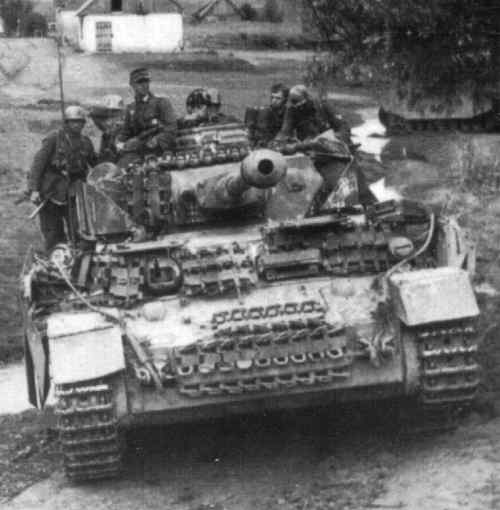 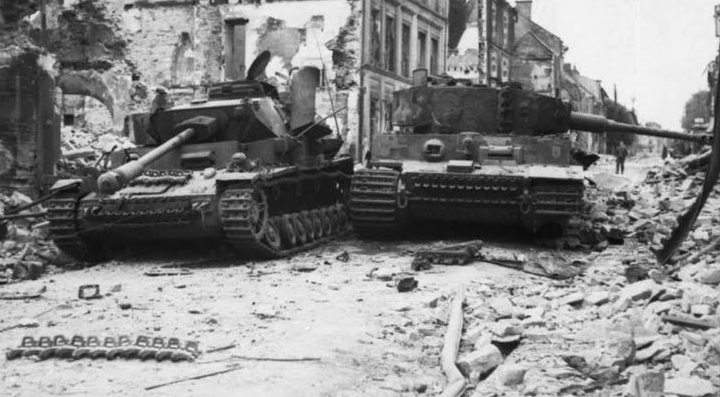 There was a solution to hand to both of Sherman’s most significant problems, however: The M4 E6 variant, as typified by Fury. This was a confluence of two different major programs: Firstly, the program to give M4 a cannon which had greater armour penetration capability, and, later, it was merged with the program to stop M4s from burning up as much. It took a couple of years between when the US Army Ordnance decided “We want a higher-velocity cannon to take on any future heavily armoured enemies” to when Armored Force finally said “Yes, this is the version we’ll take.” For a more in-depth look at the timeline, take a look at my “End of the M4(75)” article. By the time the US forces had landed in Normandy, however, the 76mm M4, with special protected ammunition stowage (and, for good measure, another half-inch of frontal armour, albeit slightly less sloped) had been in full production for almost half a year. 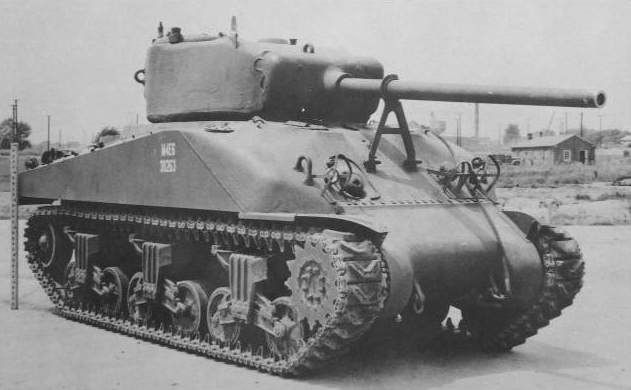 There were, as it turned out, however, still two significant issues. The most important one was that of all the 76mm M4s built, nobody in charge decided it was worth bringing them along in the invasion of France. This could be charitably described as an ‘oops’. As a result, when an American tank unit met a German cat, it was at that disadvantage in the gun-vs-armor balance. It had plenty of other ways of dealing with the problem and would more often than not win the overall fight anyway (See “US Guns, German Armor Part 2”), but that was scant comfort to the American tank crew at the moment of initial contact. The second problem, albeit less important for the purpose of the Tiger/Sherman duel in Fury, was that even the 76mm/3” rounds had difficulty with the Panther which was not uncommonly found in the theatre of operations.

Tiger was no Panther, and was pretty much outclassed in every respect by the later tank. Only entering service the next year, Panther had a harder-hitting gun, was lighter, faster, more mobile, and better armoured from the front. In a frontal duel, and if he know about the numbers, an American tanker or tank destroyer crewman would prefer to be facing Tiger. But reputation affects all. The word “Tiger” had a cachet of its own. Mix it in with the demonstrated difficulties in killing Panther, and Sherman’s reputation became even more soiled in the great Tiger/Sherman match-up of myth and legend.

The reality, however, was much different. The arrival of the 76mm gun greatly equalized the battle, giving Sherman a more than fighting chance. By the end of the war, the time of Fury’s setting, Sherman had one additional ace up its sleeve: The HVAP (High Velocity Armor Piercing) round. Primarily in response to the Panther problem, the US powers-that-were authorized the development of a “hot” tank-killing round. The projectile which would give Sherman (and most of the tank destroyers) a fair chance against Panther at moderate range could, and did, kill Tigers at over two kilometers. Both tanks could now kill each other at long range, except one tank was faster, more mobile, lighter, had a higher rate of fire, was more accurate, more likely to spot the enemy first due to proliferation of optics, had faster traverse, and had a stabilized gun. Oh, and it also had the advantages of better artillery and air support. It was no longer much of a contest and the roles had been reversed. Tiger crews now had justification to fear Shermans far more than a Sherman crew had to fear Tiger. Even the continued use of 75mm tanks was of little comfort to the Germans: By Autumn 1944, wherever there were 75mm M4s, there were probably also 76mm M4s. 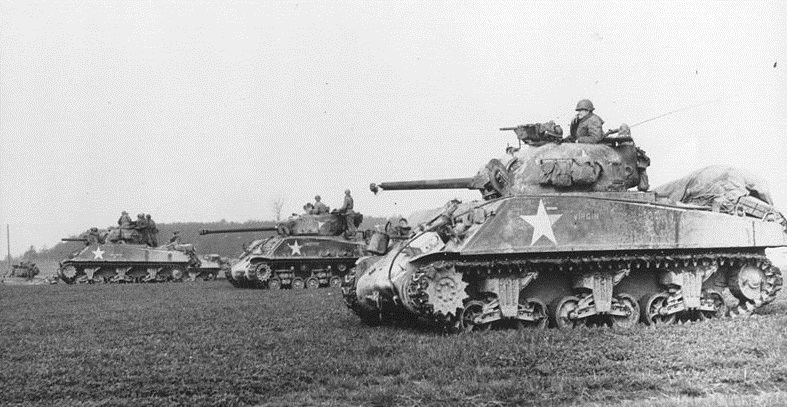 So how does this all relate to Fury? Well, as I’m looking at the various responses to the trailer, I’m finding a disturbing amount of people who are saying “Shermans vs Tiger? The only way they’ll win is Because Murica and Because Brad Pitt.” I have my own concerns with the battle scene, but not because of the (presumed) final outcome of American victory. Some concessions are doubtless made for dramatic effect, but the bottom line should not be in doubt, unless the Tiger is equipped with plot armour: All other things being equal, the M4s are more than capable of winning on the balance of vehicle characteristics, and when you add in experienced crews... Well, let’s just say one would have legitimate concerns for the resale value of the German tank after such an encounter. 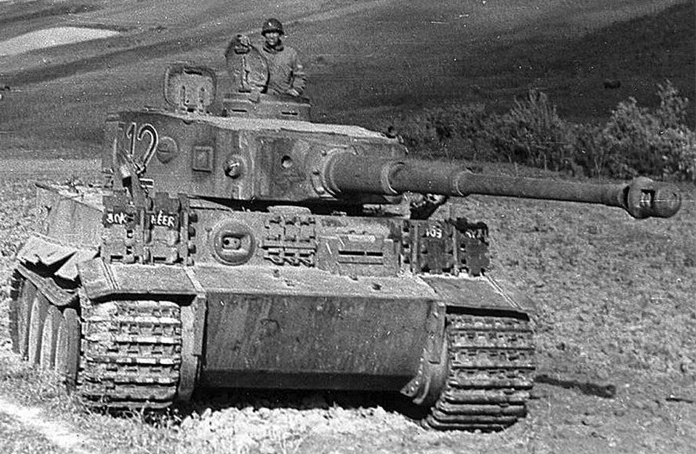 Bob will take you to the forum thread. Otherwise, track me down on Facebook and sometimes I even stream on Twitch.

Hi, I'm BOB
Discuss on Forum
Next
Select a region
Selecting another region may affect the website content.