The German Army in WW2 had historically been more than willing to mount a large gun on an armored, tracked chassis, to use it in a direct fire role. Initially, the Heavy Infantry Gun (s.I.G.33) was used, and especially by the standards of 1940, it proved to have quite the bang. Newsreels showed a single s.I.G.33 on Panzer I chassis demolishing quite efficiently with but a single round a house in France. 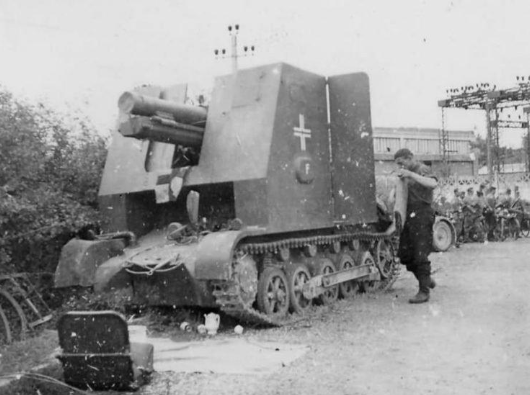 Other photographs, similarly, show larger vehicles later in the war being used as direct fire artillery. 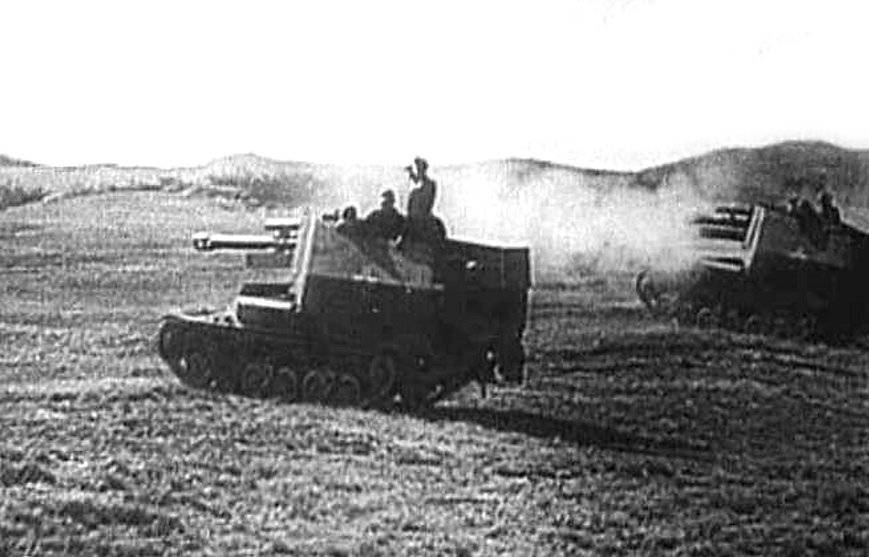 However, these various vehicles were still categorized as artillery, not as assault guns. They did not have the armor of the Sturmgeschutz vehicles, and the Germans knew it. Thus, if you wanted a really big bang, you needed to fire the round from some distance away to do it in safety, alternatively, 7.5cm from the better armored Sturmgeschutz and occasional 105mm from Sturmhaubitze would be available if the vehicle needed to be closer.

This was fine for a while, as the battlefield normally allowed for such a combination, but the plan fell a cropper of the fighting in Stalingrad. Big, solid buildings, combined with short lines of fire meant that the Germans needed to have a combination of big armor with a big gun, not one or the other. If it meant that the vehicle was lethargic or had only a short effective range, so be it.

It did not take long for the solution to be found. Enter the Sturminfanteriegeschutz 33. Alkett designed it in two days in late September 1942, by basically taking the StuG III hull, s.I.G. 33/1 15cm gun, and designing a rather simple box superstructure. The resulting vehicle was ugly, but it came with 8cm of frontal armor, and a reasonably big round. 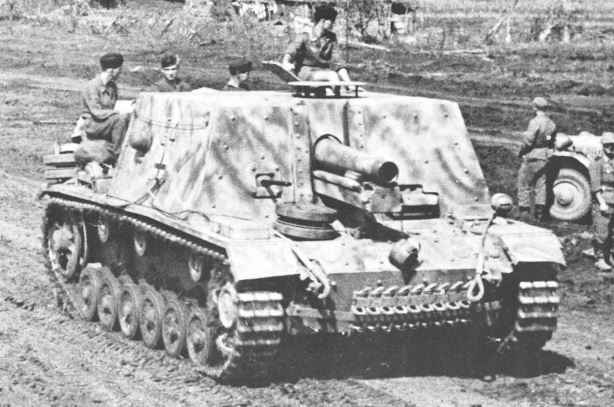 24 examples were built and issued, whilst work began on a more purpose-designed vehicle. Based, this time, on the Panzer IV chassis, the 15cm gun was mounted in a better protected and more flexible ball mount, giving 15 degrees of traverse as opposed to the 3 degrees on the prior vehicle. The frontal armor was a very hefty 10cm sloped at 38 degrees. In addition, later vehicles came with a ball mount for a machinegun for self defense. After some debate, followed by an arbitrary decision by Hitler, this vehicle was given to the Panzer Arm, and this necessitated a name change to Sturmpanzer. For some reason often termed “Brummbar” today, the Germans actually called it “Stupa”. This vehicle proved quite successful, with just over 300 being built on a combination of new and re-used hulls starting April of 1943. 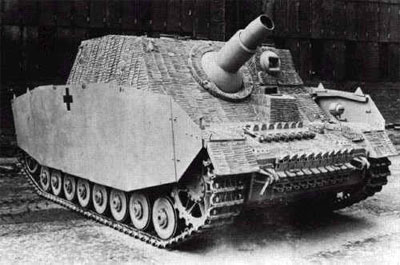 A requirement came out in May of 1943 for something capable of werfing 38cm shells. If it were not for the armored vehicle, the Kriegsmarine’s Raketentauchgranate, rocket propelled diving grenate, would have probably died in complete obscurity. Originally to be used as an anti-submarine depth charge launcher, it simply didn’t have the range or reliability required for the job. As a result, only a few were made, used in land fortifications in Denmark and Norway. It was concluded that however ineffective the system may have been against submarines, it would likely do quite a number on ships, so they were installed in the coastal defense role. Two such weapons still exist, one each in Denmark and Norway. 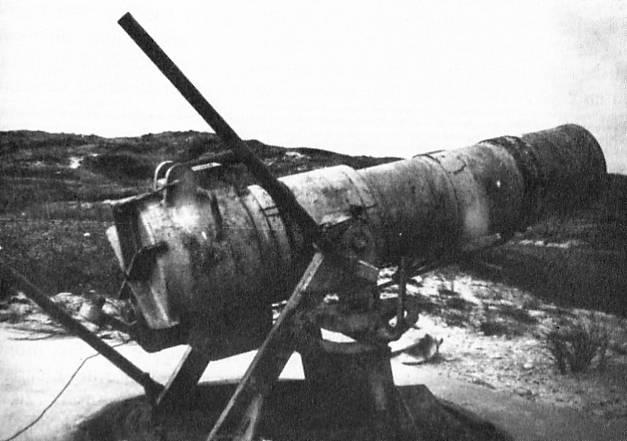 Still the weapon was, relatively speaking, small and compact enough that it could be reasonably mounted onto an armored vehicle. A big armored vehicle, mind, but an armored vehicle. The Tiger I chassis was selected and construction was started using vehicles returned to the factory for rebuild. With 15cm of frontal armor sloped at 45 degrees, this vehicle was not easy on the Tiger’s suspension, and it weighed in at some 64 tons, seven more than the conventional, turreted vehicle.

Commonly known as Sturmtiger or Sturmmoerser, the use of a nickname was pretty much mandated by the vehicle’s official title: Sturmmoerserwagen 606/4 mit Raketenwerfer 61. Which is kindof hard to type, and just a little bit long-winded. 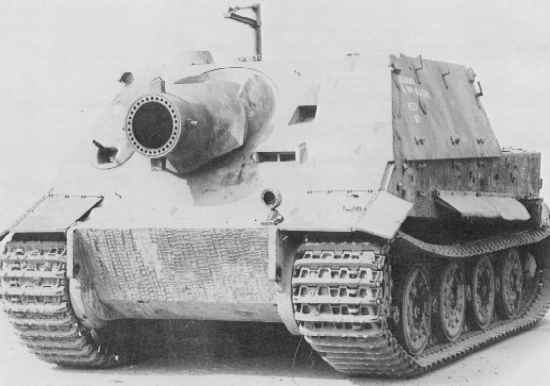 The first two vehicles completed were quickly dispatched to Warsaw, and the report back from the commander was not entirely complementary of the project. He reported that the blast from the round’s detonation was so big that the vehicle could not be close to the target. As a result, if engaging from further away from the target, it would make more sense to have a more lightly armored vehicle. Perhaps the Stupa was the best compromise.

Indeed, the high explosive round carried 125kg of filler. To put this into perspective, the typical 15cm artillery round the Germans fired had just over 5.5kg of explosives. The 38cm HE shell fired from the battleship Bismarck had only a 64kg filler. This thing made a heck of a bang, with a lethality radius of some 500m.

All in all, 18 of the vehicles were built, they were issued to three Sturm-Moerser-Kompanien, two of which fought in the Ardennes offensive in December of 1944. However, they proved to have little effect. Anyone on the receiving end noticed, one American Sherman commander saying that the round made a hole in the ground the size of his tank, but one unit missed the jump-off and most of the vehicles ended up having to be abandoned and destroyed by their crews.

As a result, the vehicles ended up really just being a historical footnote. Albeit a really cool one. Two vehicles exist now, one in Germany, and one in Russia.

If you're coming here from somewhere else, and wish to play World of Tanks... click this image below!

On the other hand, if you just wish to join the forum discussion, click BOB, here.