In the archives of the Tank Destroyer Branch is an after-action assessment written by VI Corps’ artillery section, entitled “Anti-Tank Defense of Anzio Beachhead.” It was not unusual for “Anti-Tank Defense” to be placed under the artillery department of a large unit, and certainly the Germans put some pretty heavy armor into trying to repel the Anzio landing forces. 75 years ago, the two sides were still locked in something of a stalemate, after nearly three months of fighting. Combined with some of the unit AARs, the following can be written. 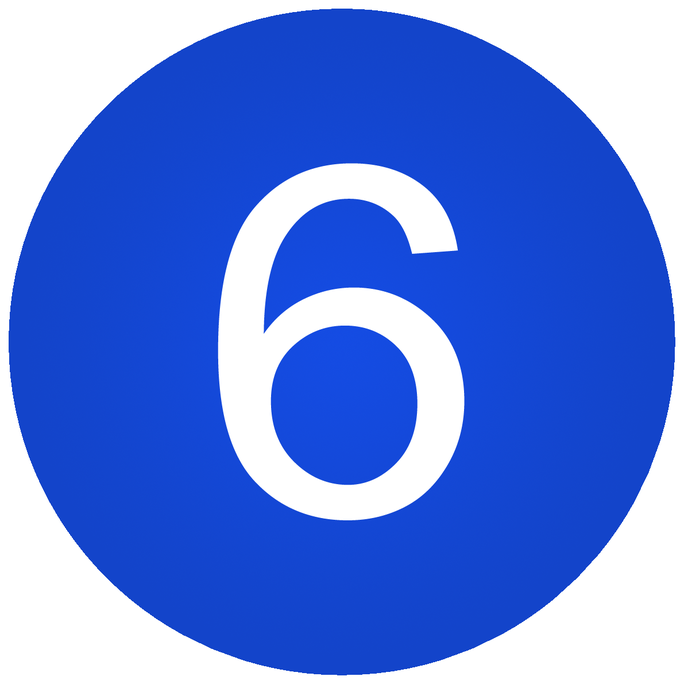 The planning for Operation Shingle began in early January of 1944. At the time, VI Corps was in the vicinity of Venafro, before it was pulled back to direct its attentions towards Anzio.

Initial planning concluded that the objectives laid out for G-3 near the beach-head were not well suited to anti-tank defense. As a result, the line was extended out on the left flank to the Moletta river: The river made a better natural obstacle, and there was a reasonable road network to supply forces there.

From there, co-ordination had to be made between the US and British units, to ensure no gaps developed, and with the engineers, to figure out what to demolish, where to lay mines, and where to lay roadblocks.

The next question was to ensure that sufficient AT capability was provided to the units, and that their ship load plans included sufficient AT capability offloaded early in the landings. The Corps decided that an 80-20 split of HE with AP would be appropriate: The ratio had been deemed proven satisfactory in the past, they saw no reason to change it now.

Other factors for planning included working with the units to ensure that likely avenues of approach were covered, and creating a liaison system.

Lessons started being learned before the first ship was loaded. Firstly, that a Division or Corps AT section needed to be included in any planning group right the way through the process, from beginning of planning to completion. Secondly, that a dedicated AT officer needs to work with the G-3, 4 and 2 (Operations, Supply and Intelligence) in order to advise them of the capabilities and limitations of TDs and other AT means, and to assist them in their planning estimates.

A third lesson was that AT units were not being promptly informed of changes or modifications in plans, meaning that they had less time to change their disposition. Also, there seemed to be too little cross-talk between the subordinate units, so there was incomplete co-ordination between them.

And that was just the planning. VI Corps was in a better position than some, in that it created an Anti-tank subsection under General Ramey, which consisted of him, his aid, a “good TD major” and an expert typist. The War Dept officially did not authorize such a section, so it was a local creation.

The landings at Anzio started 22 January. The 601st TD Bn, attached to 3rd Division, landed in the first assault wave before dawn, the 83 vehicles and 373 men split amongst ten ships. The 601st, equipped with M10s, was used to being attached to the 3rd. A company was split up one platoon per regiment, and landed alongside one platoon per regiment of tanks from 751st Tank Battalion. The rest landed during the day, the TDs from LSTs, the tanks from LCTs. No particular resistance was identified. The 601st was the crack US anti-tank unit, converted from  the pre-war 1st Infantry Division Provisional Anti-tank battalion, and starting right in the thick of things with the North Africa landings, fighting at Kasserine Pass and El Guettar, the latter being likely the highlight of US tank destroyer operations throughout the war. 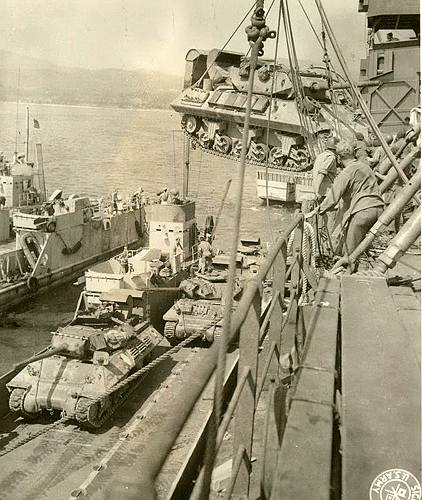 M10s of the 601st being loaded onto landing craft. This photo actually from Operation Dragoon, but gets the point across.

The battalion commander of the 601st was appointed as the Division’s AT officer, and the company commanders often became regimental AT officers. Results varied: One regiment gave the AT officer a mission and let him do it. Another regiment micromanaged the AT positions, and simply used the AT officer as an orders conduit.

Things were quiet the first few days. The only reported action in the 601st history was the destruction of an unidentified tank and a machinegun nest. The Germans made their first major push back on the 26th, against the British 1st Division on the Allied left (Northern) flank around Carroceto, including an estimated 20 tanks. The 894th TD Battalion, a Corps asset, was being offloaded that day, and two companies were immediately dispatched in support. The 894th, also a veteran unit of Kasserine Pass, was also an M10-equipped unit by this time. The line held. 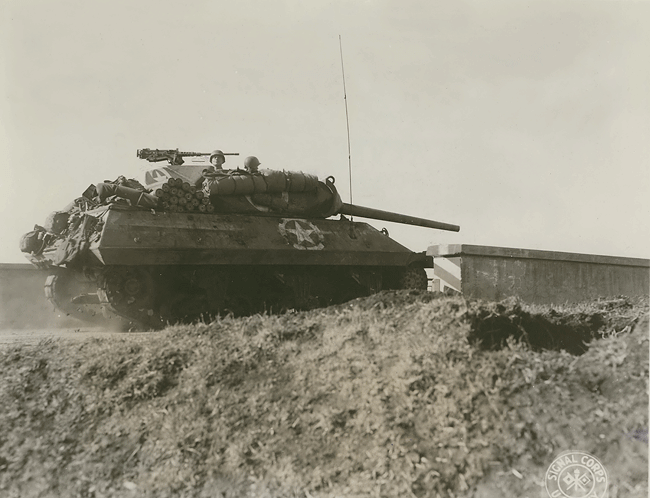 Another M10 of the 601st, possibly at a bridge or The Overpass (More on that next article)

The 27th was a good day for the 601st. 2nd Platoon of B company had some long-range shooting practice, knocking out two “7.5cm Assault Gun PaK 40” (It is disappointing that we cannot tell from the American side if this was a StuG, Marder or one of the newly arrived Jagdpanzer IVs) at 1,000 and 1,500 yards. The first took three rounds HE and three APC, the second 5 HE and 3 APC. 3rd platoon went another route, and at about 300 yards, fired through both walls of a house to knock out a tank hiding behind it. Then, at some unusually long sightline, knocked out another 7.5cm assault gun at 1,700 yards, and then a 20mm flak gun. The next day, Third Herd added another tank and armored car to their score. The infantry then started an attack, and the 601st ended up playing close support, a role it took on rather more than most. 894th played a similar role for the British.

As the attack progressed, the Germans started showing up in strength. The 30th 2/B/601st kill a PzIII and three “77mm” AT guns at 50, 500 and 800 yards range. The 31st, though, started getting busy in the area around the Mussolini Canal.

1/A/601st claimed two PzIV and an armored car with 6 rounds APC and 4 HE. They then took on 6 MG nests and a bunch of personnel firing 90 HE rounds. Not to be outdone, 3rd Platoon B added a Tiger to its kill claim, with 3 rounds in the turret at 1,000 yards. 3/C was used in an indirect fire role, the FO claimed their 81 rounds killed three or four MG nests. Even the M8 armored cars got into the action, firing Canister at infantry at 200 yards. In return, the 601st lost two M10s (defined as “cannot be repaired within 24 hours), both from B company: One to enemy fire, and one a mine strike. On the other hand, the British and 894th were embroiled in bitter fighting. Within a week of the off on the 29th, C/894th was down to half strength in men and equipment, and needed to be replaced by B company. It wasn’t without vengeance, the a TD under a Sgt Dobson claimed to have killed the first of a number of Tigers which would meet their end in Anzio. 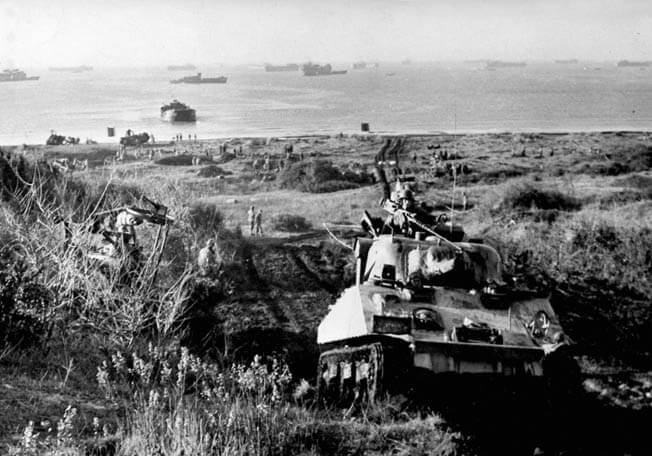 An M4 heads inland from one of the Anzio beaches

The same day, the 45th Infantry Division landed along with the M10s of the 645th. The allied attacks began to peter out by the beginning of February, by the 4th it was made official: Assume the defensive, except for local counter-attacks.

The 645th was used as artillery for the first two weeks, particularly for harassing fires. The unit history states that the night of 7/8 Feb was “very quiet”, with B company only firing 778 rounds. It is worth observing that in the after-action reports for Anzio, the TDs reported that they would fire between 2,500 to 3,500 rounds per tube before barrel wear became an issue, and the guns (and sometimes the trunnions) needed to be replaced. But, replaced they were in the field, and no limitations were placed on the use of the TDs as artillery out of concerns of wearing out the tubes.

The 645th was soon detached from the 45th, though, and sent to relieve the battered 894th. The relief was completed by the 16th, just in time to form a reception committee for Operation Fischfang, a determined German effort to push the allies back into the sea. The British, in particular, took it on the chin. In the next part of this series, we follow the defense. 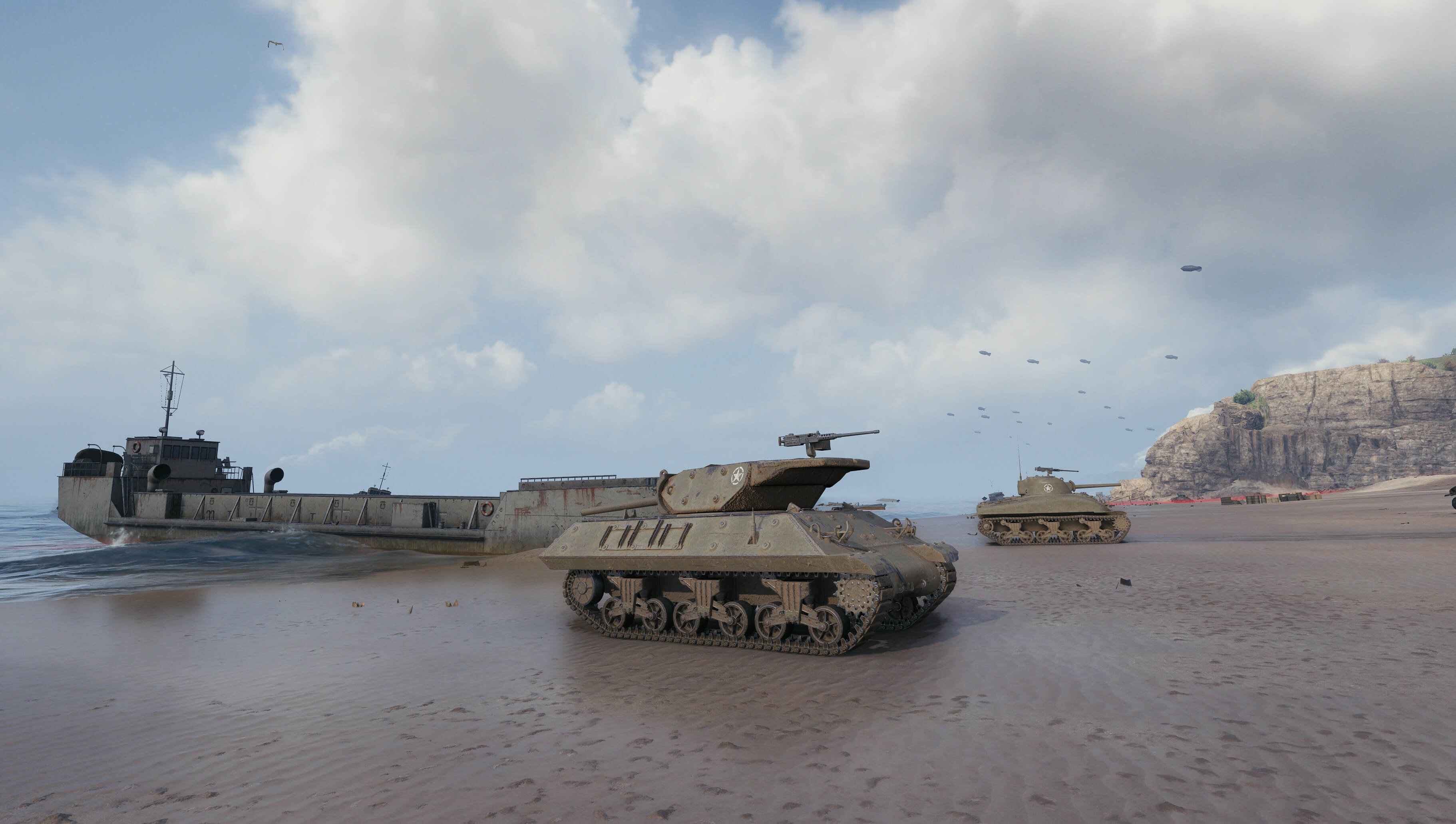 The vehicles referenced in this article are, of course, playable in World of Tanks. Click this thingy here to go try it out.

In the meantime, Bob will take you to the discussion forum.